“The Disagreeable Practice of Shaving”: Highlights from Caribbean History and Culture, 1535-1920

“The Disagreeable Practice of Shaving”: Highlights from Caribbean History and Culture, 1535-1920

The April release of Caribbean History and Culture, 1535-1920: Imprints from the Library Company of Philadelphia includes a history of the French and Indian War, a narrative of a global circumnavigation, and the diary of 19-year-old George Washington while traveling to Barbados. 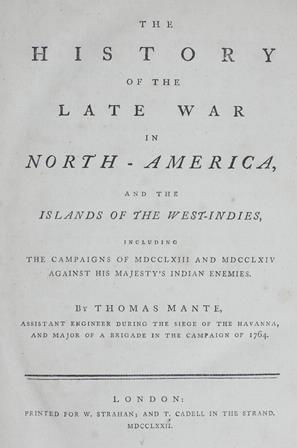 The History of the Late War in North-America, and the Islands of the West-Indies, Including the Campaigns of MDCCLXIII and MDCCLXIV against His Majesty's Indian Enemies (1772)

Thomas Mante was a historian and officer in the English army. He was also a spy for the French government. Mante was recruited by Jean-Charles-Adolphe Grant de Blairfindy in 1769 and became involved in British intelligence in the 1770s. He operated as a double agent until 1774 when the British, then aware of his disloyalty, ceased to pay him. His history of the French and Indian War is nearly as dramatic as was his life. Recounting the 1759 naval bombardment of French-held Basse-Terre, Guadeloupe, Monte wrote:

The Burford, which was to have supported the Panther in this attack, and the Berwick which was to have engaged the seven-gun battery, drove out to sea; by which means, the Rippon, which followed, became exposed to the battery the Berwick was to have attacked, as well as that she was to attack herself; and, then, to add to her misfortune, she, in bringing up, got too close to the shore, and ran a-ground. The enemy having discovered her distress, assembled in great numbers on the brow of the hill, and lined the trenches, raking her fore and aft from both, with such a brisk fire of small arms, as killed and wounded a number of her men. Not satisfied with this, they, at length, brought up an eighteen pounder, and kept playing with it about two hours, as it lay so high above the ship, that it was with difficulty she could silence it. To increase her distress, a box of nine hundred cartridges blew up on the poop, and set her on fire: besides, all her grapeshot and wadding was expended; the latter, the marines and seamen supplied the want of, with their jackets and shirts, which they fired away upon the trenches. 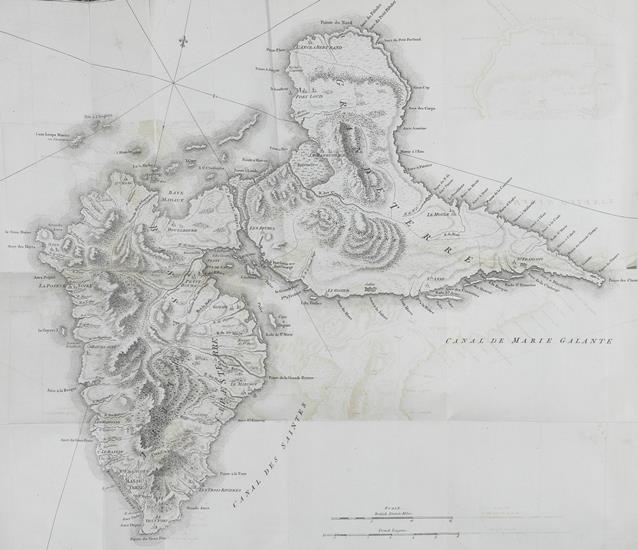 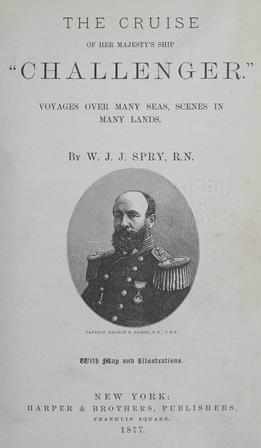 The Cruise of Her Majesty's Ship Challenger Voyages over Many Seas, Scenes in Many Lands (1877)

In 1872 the HMS Challenger led a four-year scientific expedition and laid the foundation of oceanography. The explorers traveled nearly 70,000 nautical miles while circumnavigating the globe and catalogued over 4,000 previously unknown species. William Spry characterized the voyage, and his narrative of it, as a pursuit of knowledge. He wrote of “the general outline of the manners and customs of nations and tribes rarely visited, and descriptions of scenery under every condition of temperature, from the fiery Tropics to the ice-bound Antarctic regions.”

Spry’s descriptions of the scenery included this account of the expedition’s arrival in St. George’s, Grenada:

Seemingly nothing could have been more romantic than the little harbour stretched out before us: the variety and beauty of the islets scattered about; the clearness of the water; the number of boats and small vessels cruising between the islands, sailing from one cedar-grove to another, made up as charming a picture as could well be imagined. 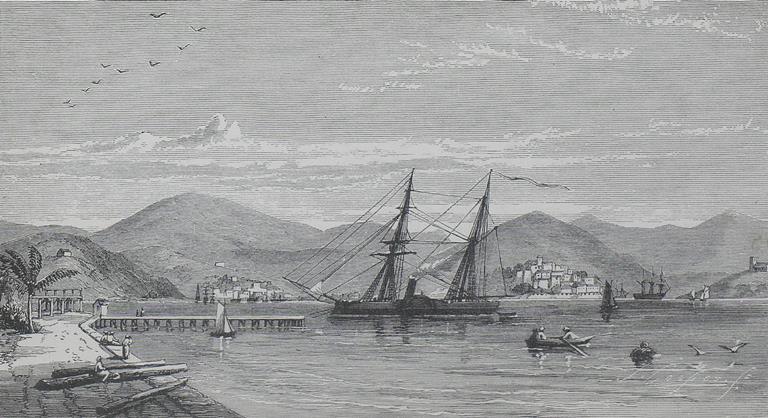 Less than a full year after leaving port the Challenger crossed the equator. To Spry’s relief the crew did not observe the long-standing and often dangerous British initiation rite used to commemorate the completion of a sailor’s first line-crossing: 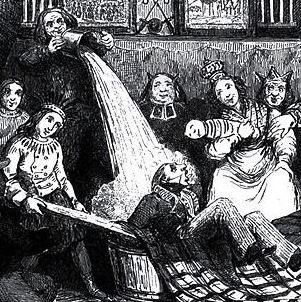 On the morning of 29th August hawsers were cast off, and we steamed round the rocks, taking soundings and current observations; and on the next day crossed the Equator in longitude 30’ 18’ west. The disagreeable practice of shaving, &c., those who for the first time “cross the Line” was not permitted, although there were many who were anxious to join in the usual sport. This old-fashioned custom, which the present age seems inclined to get rid of, is gradually falling into disuse, and but few ships’ companies now pay that homage on entering Neptune’s dominions as they were wont to. So the invisible belt was crossed; and as the night advanced the more striking became the aspect of the Southern Constellations. The sparkling light of the North Star had for some time past been growing fainter, and at length disappeared altogether. On the other hand, the Southern Cross, and other stars with which we were not so familiar, had taken their places; and each night, as we moved farther south, for a time we felt a difficulty in recognizing our new acquaintances. 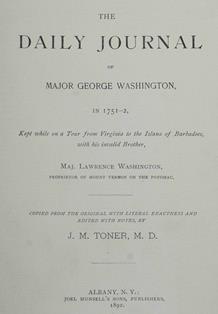 The Daily Journal of Major George Washington, in 1751-2, Kept While on a Tour from Virginia to the Island of Barbadoes, with his Invalid Brother, Major Lawrence Washington, Proprietor of Mount Vernon on the Potomac (1892)

Lamenting the loss to history, Joseph Meredith Toner described the condition of the early pages of Washington’s Daily Journal:

…the paper has lost its strength and tenacity, breaking on the least handling, and has already, to a considerable extent, crumbled into dust. Page after page has already disappeared from the volume, a fringe of many leaves….after a careful re-examination of it, that the first part is so fragmentary as to be practically unintelligible. I am, therefore, constrained to print only that part which, though mutilated, yet retains the thread of the narrative and which fortunately proves to be the portion of greatest interest.

One such portion of interest is Washington’s description of surviving a storm at sea in 1752:

Thursday 9th. At 2 A:M came on excessive hard Wind at N’.W’; Rain Lightning & some thunder the Wind increased so violently & had raiz’d so Mountanous a Sea that oblig’d the handing all her Sails & driving with bear Masts which She did until 4 P: M: when the Wind had something Moderated and Sea abated…

Another entry recounts Washington’s choice of tropical fruit and, ever the surveyor, his description of the island:

There is several regular Risings in this Island one above another so that scarcely any part is deprived of a beautiful Prospect both of sea & Land and what is contrary to the observation on other Countrys is that each Rising is better than the other below.

There are many delicious Fruits in this but as they are particularly describ’d by the Rev. Mr. Hughes in his Natural history of the Island [I] shall say nothing further than that the Pine Apple China Orange is good the Avagado pair is generally most admired tho none pleases my taste as do’s the Pine.