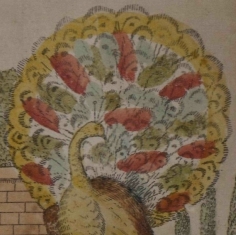 Picture books for children, games and riddles for the whole family, and a poem about the Devil disturbing the good citizens of Hardwick, Massachusetts, are among the documents found in the September release of Early American Imprints, Series II, Supplement from the American Antiquarian Society, 1801-1819. The picture book highlighted here includes ten leaves of beautiful color plates, many of which are shown below.

Reading between the lines of Mr. Bunyan’s verse, it seems possible that the citizens of Hardwick had purchased a bell for their church tower, and that some townsfolk, or at least the poet, did not fully appreciate this innovation. 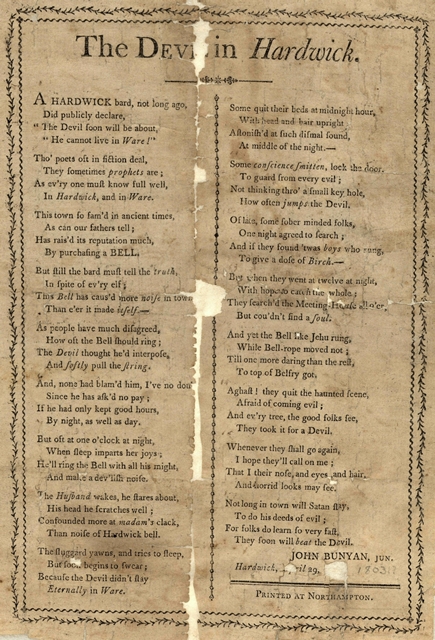 A Hardwick bard, not long ago,

“The Devil soon will be about,

“He cannot live in Ware!”

Tho’ poets oft in fiction deal,

They sometimes prophets are;

As ev’ry one must know full well,

In Hardwick, and in Ware.

This town so fam’d in ancient times,

As can our fathers tell;

Has rais’d its reputation much,

By purchasing a BELL.

No sooner had the bell been installed than it began to ring at unaccountable hours of the night distressing the neighborhood:

This Bell has caus’d more noise in town

Than e’er it made itself—

The disruption caused by the ringing soon led to dispute and hard feelings between neighbors and even husband and wife:

The Husband wakes, he flares about,

His head he scratches well;

Than noise of Hardwick bell.

The townsfolk search at night to solve the mystery of the errant bell, but everywhere they look in “ev’ry tree, the good folks see, They took it for a Devil.” Despite the turmoil, Bunyan concludes on a hopeful note:

Not long in town will Satan stay,

To do his deeds of evil;

For folks do learn so vey fast,

They soon will beat the Devil.

The whim wham: or, Evening amusement,: being an entire new set of riddles, charades, questions, and transpositions. By a friend to innocent mirth. (1815)

In his Prolegomena, or prefatory remarks, our “friend to innocent mirth” writes: 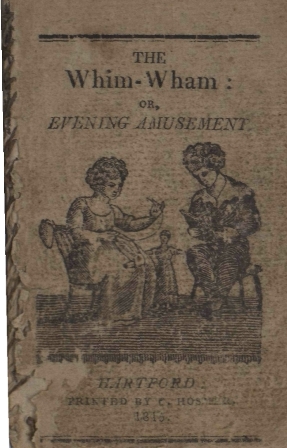 LIFE’S a medley, all agree

This Book’s a medley, you will see,

Sunshine for the youthful mind,

And serious thought for those inclin’d:

And questions to amuse the rest.

The riddles herein are written in verse. Try to guess the answer to this one:

Ever on the wing I fly,

Yet never touch the earth or sky,

Nothing can my freedom bind,

Nor can search my dwelling find. (1.)

Iv’e [sic] a tail like a flame, pray tell

Like the riddles, the charades are also in verse: 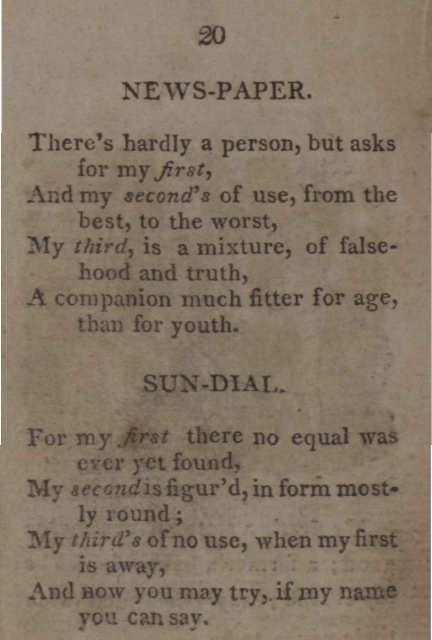 And one more example of word play will suffice to illustrate a quieter sort of family fun than that to which many of us are accustomed two centuries later: 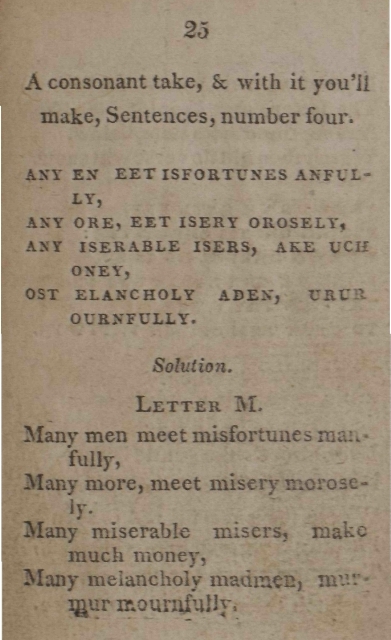 The text is simplicity itself, but does not seem to condescend to children: “Look, little Sophia, at this bird; it is a Peacock. Run and pick up the feather it has dropped, and let us admire it together.” The illustration of the peacock is fanciful and primitive and altogether charming. Like all of the illustrations in the book, it is colorful. 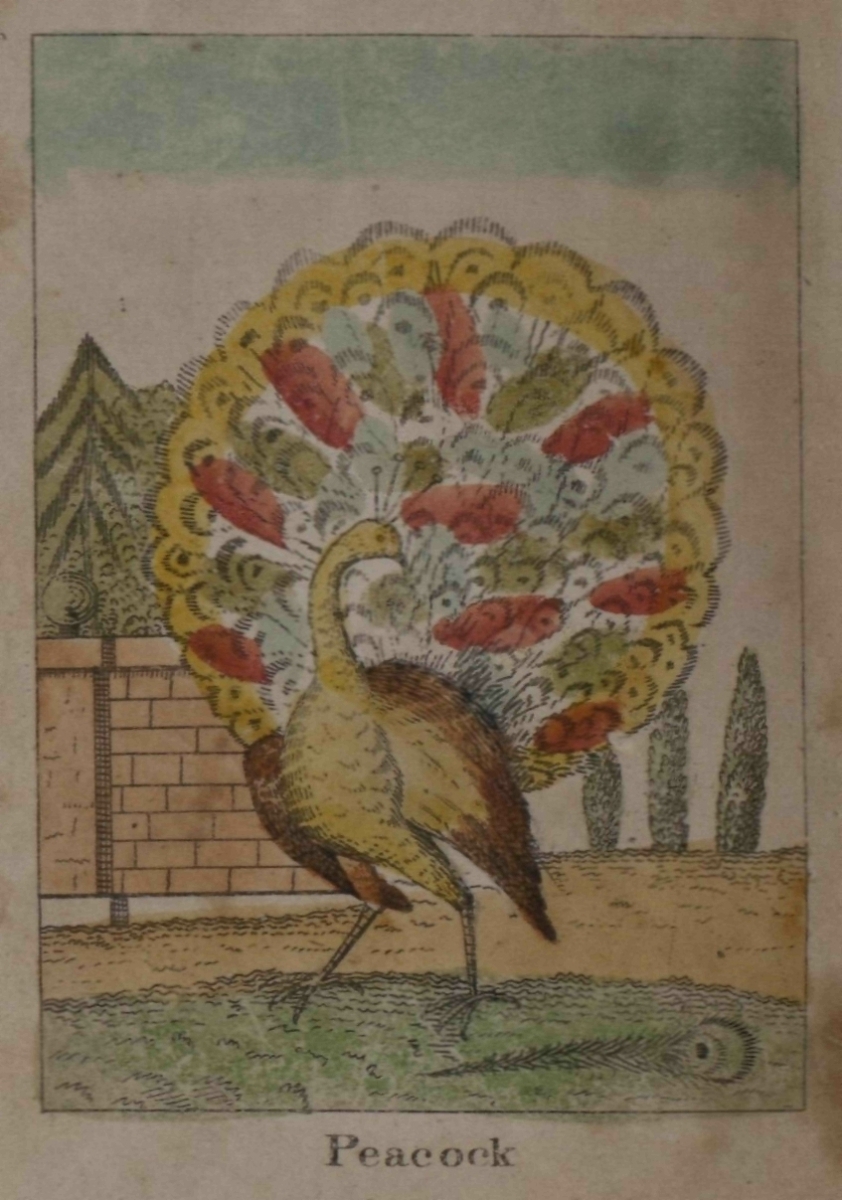 In total, there are ten leaves of plates, all of which depict a sort of child’s garden of mystery and enchantment. 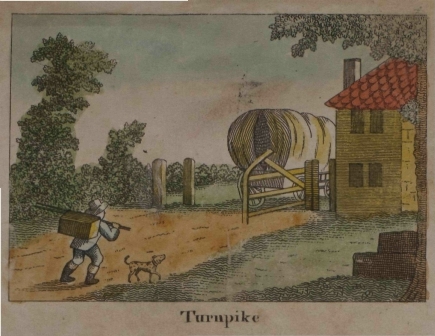 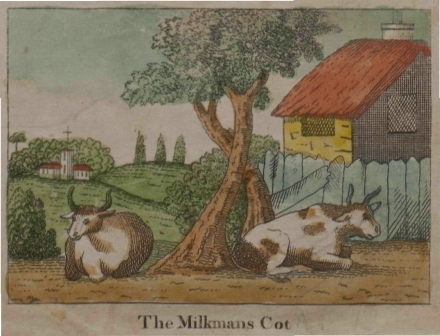 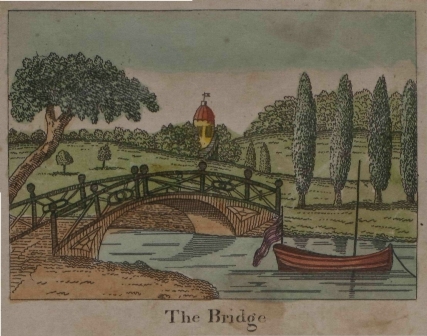 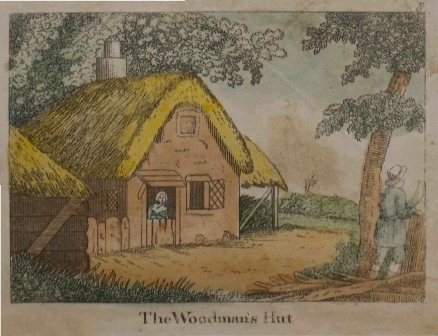 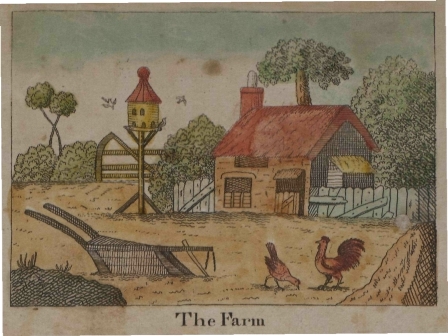