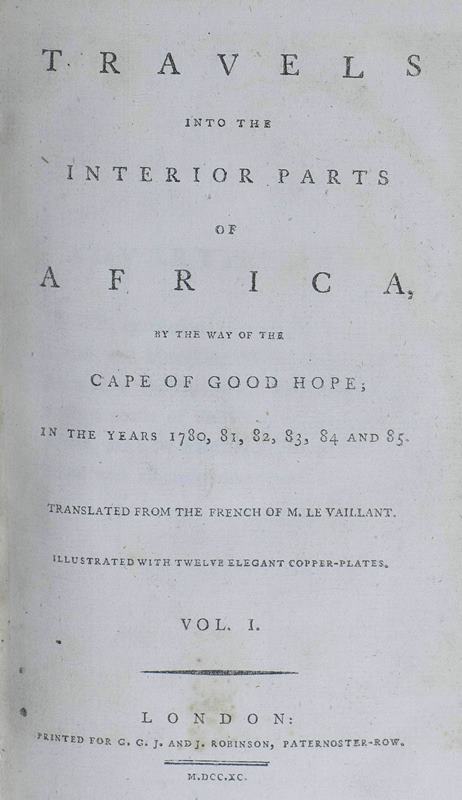 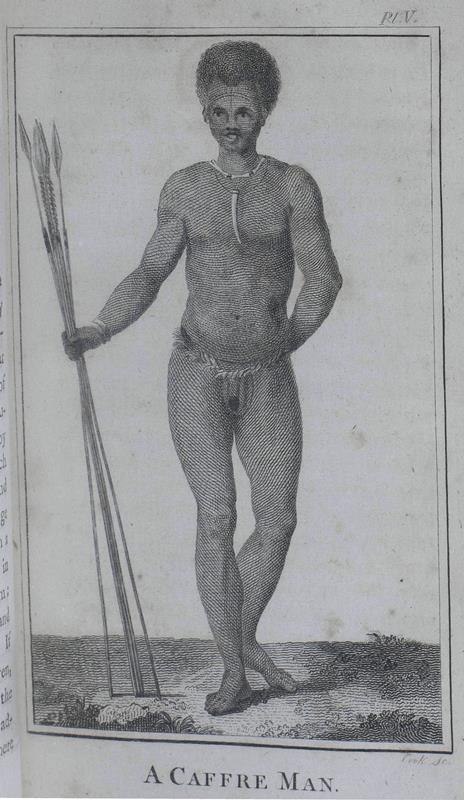 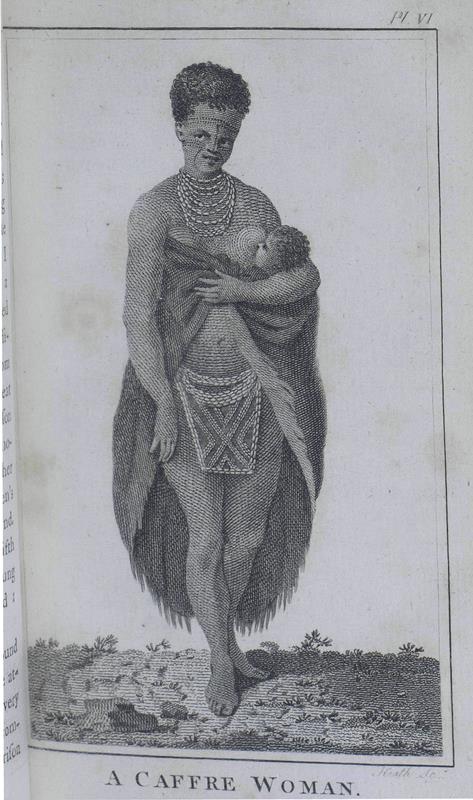 Introducing this work, Le Vaillant ruminates on the Age of Discovery:

A passion for travelling is awakened; that desire, still more insatiable, of acquiring knowledge, and comparing the objects of it, has increased in proportion to the wonders produced by it: the more dangers have been removed, the more men have passed their ancient bounds; and what formerly appeared an insurmountable obstacle, at present is only a puerile excuse, a shameful evasion to conceal one’s weakness and timidity. 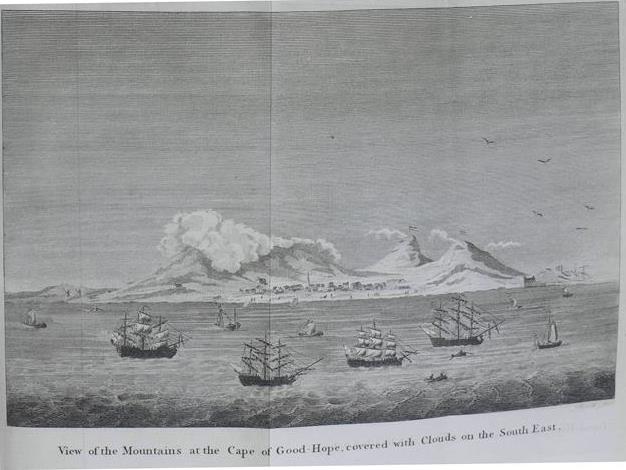 Whether thrown from a horse frightened by elephants and left to traverse a desert on foot or nearly swept away by flood waters, Le Vaillant records his gallant perseverance, writing:

Towards the end of the month we were much impeded by new rains….These storms succeeded each other with great rapidity: the lightning fell several times in the forest near us; the water gained upon us on all sides; and, to add to the disagreeableness of our situation, our camp was in one night entirely overflown….I now saw…that it would be impossible for us to get out of this place in which we were surrounded: those small rivulets, which had before appeared to us so pleasant and agreeable, were changed into furious torrents, which carried sand, trees, and fragments of rock along with them. I was sensible that, unless I exposed my self to the greatest dangers, it would be impracticable to cross them. 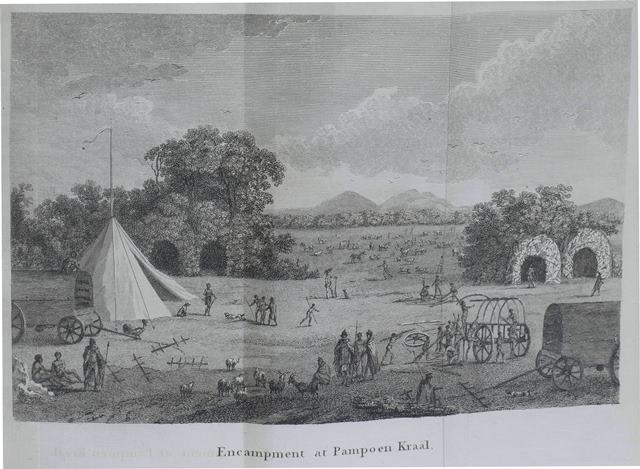 My situation was far from being comfortable….My poor Hottentots, fatigued and sick, began already to murmur. We had no more provisions, and no more game…we had not even the resource of our neighbors to obtain assistance….I however kept part of my apprehensions to myself; whilst I beheld my sad companions cast their restless looks towards me, and attest by their silence what fears they entertained for themselves. 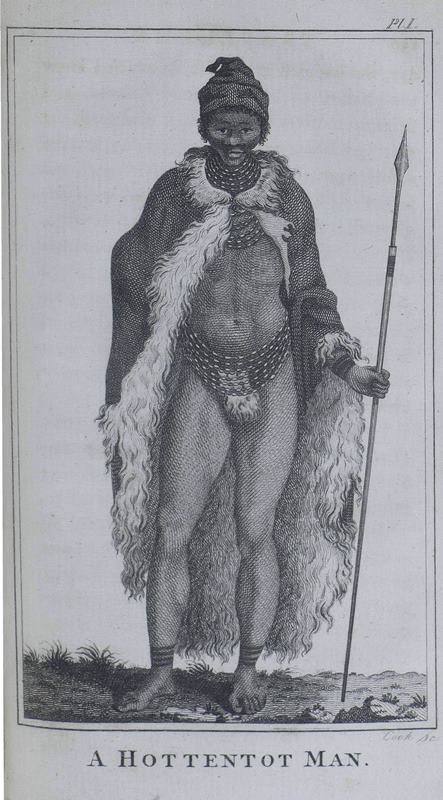 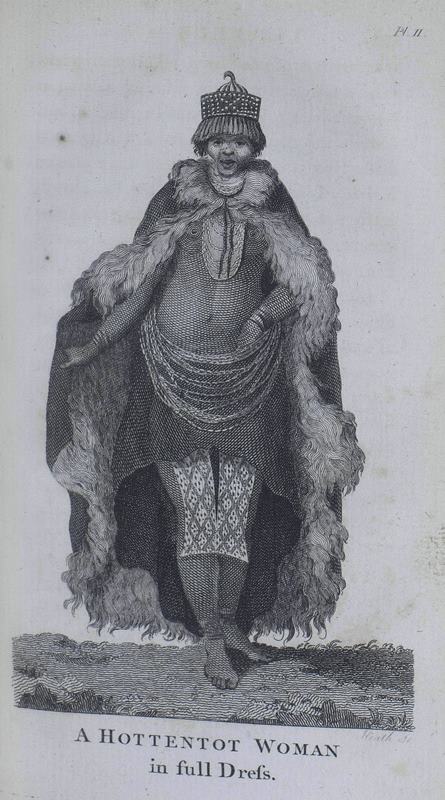 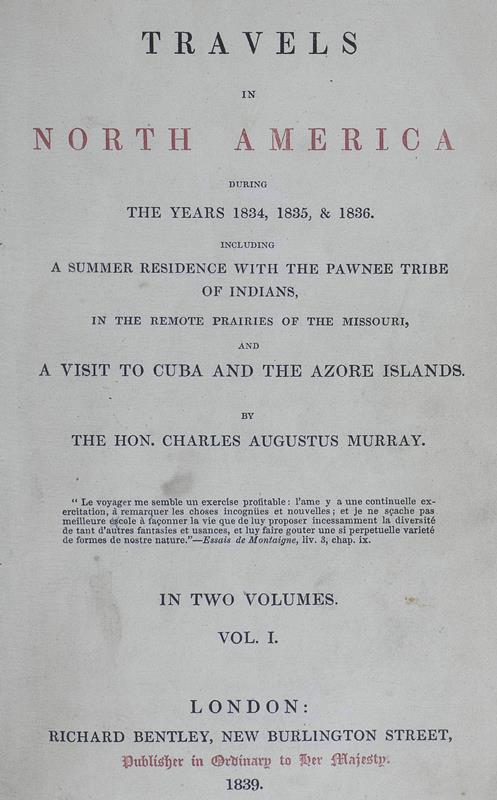 Charles Augustus Murray was a British author and diplomat who spent much of the mid-1830s traveling across Europe and North America. He described his adventures to “the remote prairies of the Missouri,” including spending several months with a Pawnee tribe, and to Cuba and the Azores in this two-volume work.

In Virginia, Murray got a firsthand glimpse of American slavery, writing:

During the days that I spent in the neighborhood, I did not see any corporal punishment; but each overseer was armed with a cowhide; and one, with whom I held a long conversation regarding the detail of his occupation, informed me, that he was obliged constantly to use the lash, both to the men and women: that some he whipped four or five times a week, some only twice or thrice a month: that all attempts to make them work regularly by advice or kindness were unavailing, for their general character was stubborn idleness; and that many who were cheerful, and even appeared attached to the family, would not work without occasional hints from the cowhide.

Murray, illustrating that slavery is dependent on the abject submission and continued ignorance of the slaves, describes a stark reality:

The farms of two gentlemen whom I visited occupied the whole of a peninsula formed by the James River: they had each two overseers: thus (their families being young) the effective strength of white men on their estates amounted to six: the negroes were in number about two hundred and fifty: nor was there a village or place within many miles from which assistance could be summoned. Let the reader only imagine the scene that must have ensued had some of these blacks, while smarting under the pain of the lash, been taught the first crude notions of natural right, or been awakened to the first consciousness of their power, or been excited to one feeling of indignation or revenge strong enough to overcome the habitual terror of the cowhide! Hence it is not difficult to understand how justly the slaveholders urge the necessity of keeping from their slaves all glimpses of knowledge or liberty upon the ground of self-preservation; and thus the best apology for slavery furnishes the best evidence of its inhuman unholy nature. 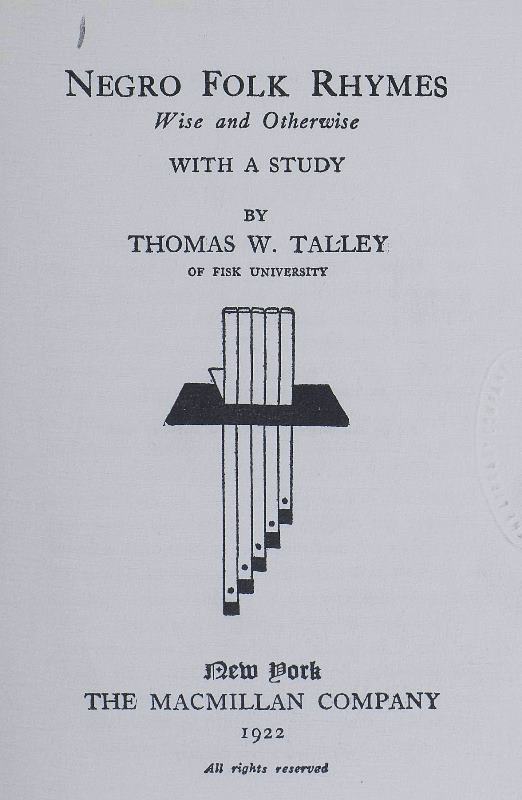 Born in Tennessee in 1870, Thomas Washington Talley would become an educator and collector of African American folk songs. Talley held teaching positions at Alcorn A&M College, Florida A&M, and Tuskegee Institute before working as a professor of chemistry, and chairing the department for 25 years, at Fisk University. 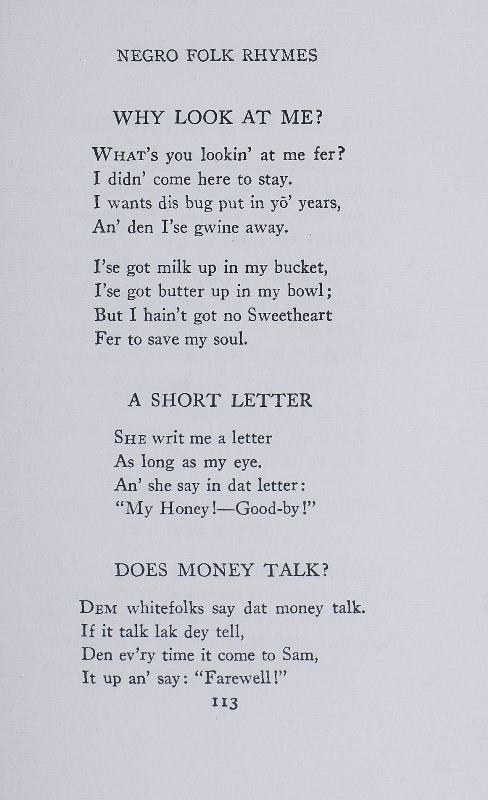 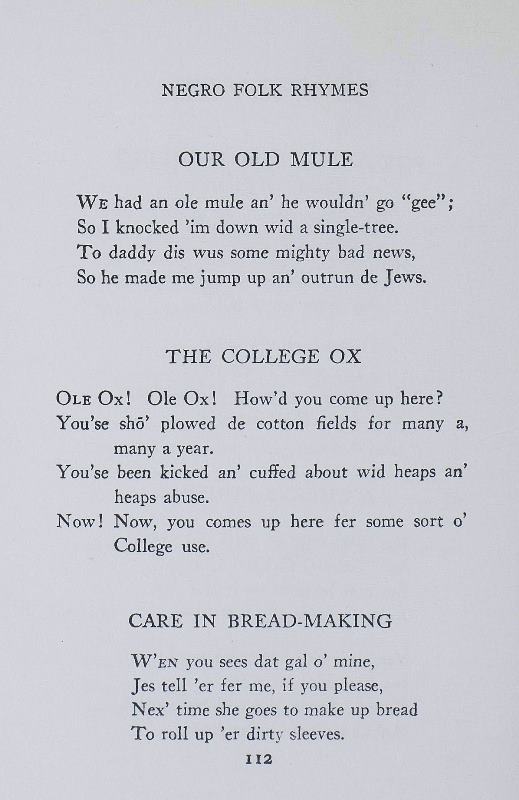 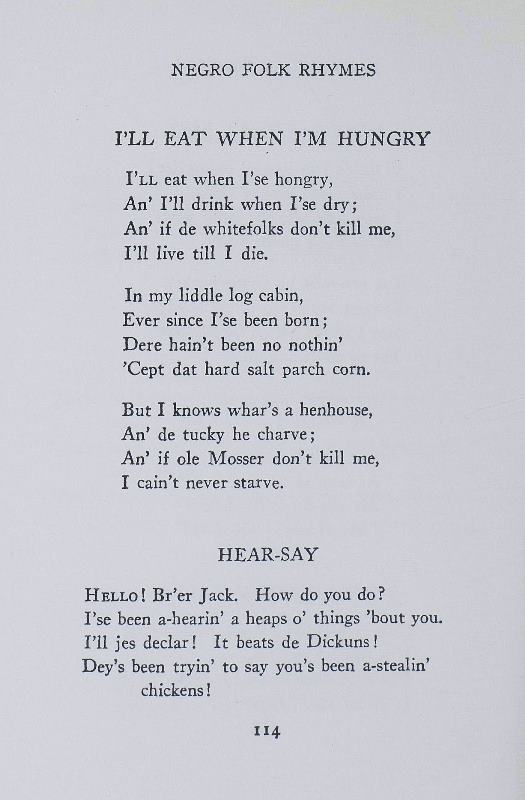 In this volume Walter Clyde Curry, American poet and professor of English at Vanderbilt University, introduces Talley’s work and is, unsurprisingly, generally positive. Although Curry is not completely supportive of Talley’s conclusions, he expresses the value of Talley’s compilation to both students of poetry and comparative literature.

Professor Talley’s ‘Study in Negro Folk Rhymes,’ appended to this volume of songs, is illuminating. One may not be disposed to accept without considerable modification his theories entire; still his account from personal, first-hand knowledge of the beginnings and possible evolution of certain rhymes in this collection is apparently authentic. Here we have again, in the nineteenth century, the record of a singing, dancing people creating by a process approximating communal authorship a mass of verse embodying tribal memories, ancestral superstitions, and racial wisdom handed down from generation to generation through oral tradition. These are genuine folk-songs—lyrics, ballads, rhymes—in which are crystallized the thought and feeling, the universally shared lore of a folk. Recent theorizers on poetic origins who would insist upon individual as opposed to community authorship of certain types of song-narrative might do well to consider Professor Talley’s characteristic study. And students of comparative literature who love to recreate the life of a tribe or nation from its song and story will discover in this collection a mine of interesting material.