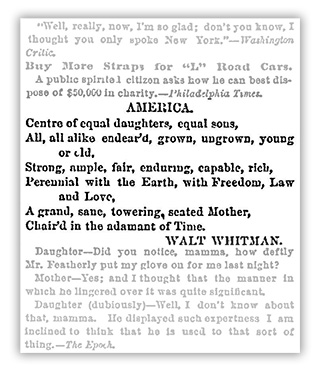 In this issue: A robust African American resource populated by patrons; the humanity and heartache of an unsung Pulitzer Prize winner; using technology and newfound texts to flesh out classic reference works; and a cross-dressing female marine anchors a 19th-century bestseller.

The Notable Kentucky African Americans Database (NKAA) is a continuously updated reference tool for studying African Americans in and from Kentucky from the 1700s to the present day. The database is freely available online, and receives well over 100,000 hits each year. It was created by librarians Rob Aken and Reinette Jones, both at the University of Kentucky Libraries. Entries focus on relevant people, places, events, or activities. (read article)

The full-page advertisement below will appear on the inside back cover of the spring 2013 issue of DttP:Documents to the People, the official publication of the American Library Association’s Government Document Round Table (GODORT). 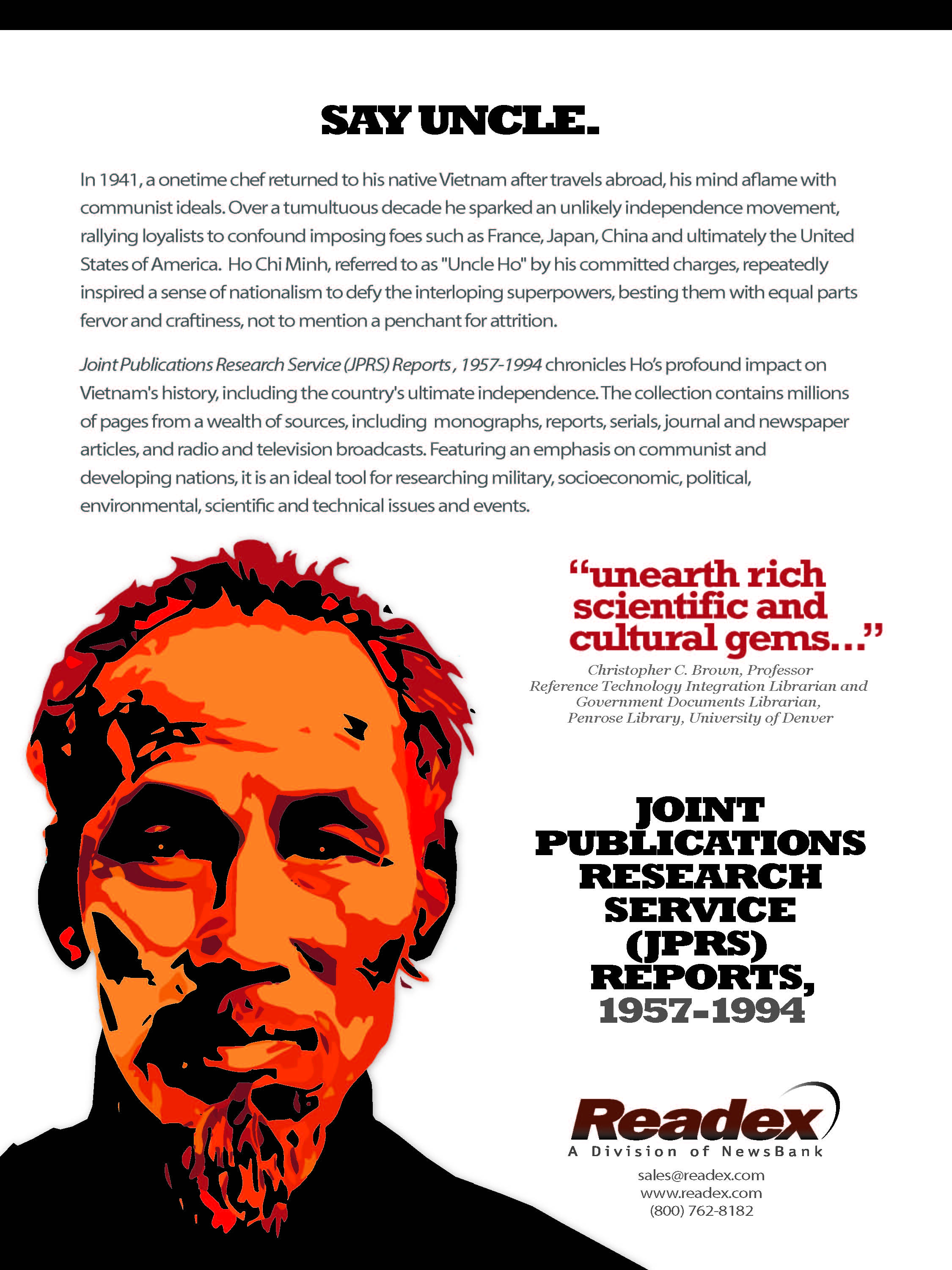 From Salome to the Shimmy: Irving Berlin, Mary Garden and the Jazz Opera that Never Came to Pass

Irving Berlin, the great American songwriter, needs little introduction today, but the great singer Mary Garden is less well known. She was an opera star in the first three decades of the 20th century, ending her music career as manager of the Chicago Civic Opera. The image below is a delightful illustration of the way leading newspapers of the 1920s produced creative full-page layouts combining photos and original artwork. 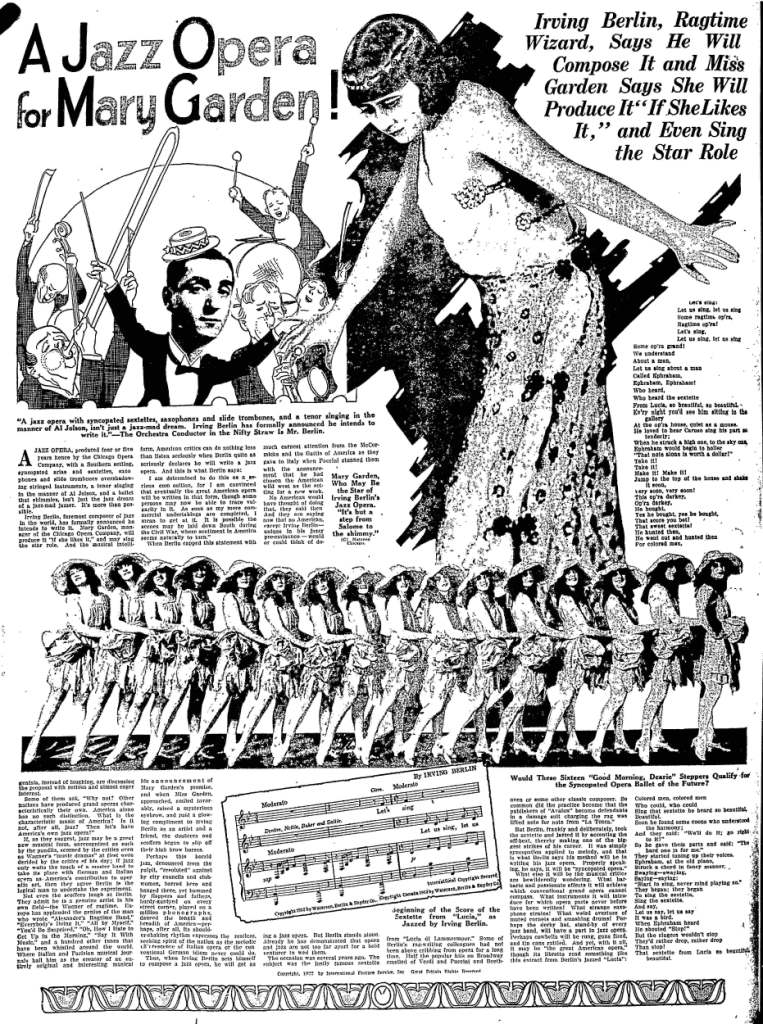 Alas, Berlin seems to have never written an opera for Ms. Garden, who performed Salome in New York. That's too bad. As the inset quote in the center of this Fort Worth Star-Telegram page says: "It's but a step from Salome to the Shimmy."

Freedom by Express: The Life and Daring Escape of Henry Box Brown Henry Brown was born into slavery, circa 1815, 45 miles outside of Richmond, Virginia. As a young man, he was taken to work in the Richmond tobacco factory of his owner, William Barret. Well-regarded by Barret, Brown was generally treated kindly, but soon grew acutely aware of the cruelties visited on his fellow slaves.

Brown fell in love with a slave woman named Nancy who was owned by a local banker. Both owners consented to the marriage. Although Nancy’s owner pledged to never sell Brown’s wife and break up the family, she was sold twice during their marriage. Nancy’s third owner, Samuel Cottrell, extorted Brown, requiring him to pay $50 a year to prevent the sale of Nancy and their three children.

One evening in August 1848, Brown returned home to find his wife and children gone. Cottrell had sold them, and they were being held in the local jail awaiting transport to North Carolina. As his family was taken from Richmond, Brown followed, holding his wife’s hand for four miles. He never saw Nancy or his children again.

"Native Son" Serialized with Illustrations in African American Newspapers during 1942

One of the most significant pieces of African American literature, “Native Son,” was serialized in the Kansas Plaindealer, Arkansas Free Press and other African American newspapers in 1941-42. These newspaper re-printings of Richard Wright’s novel featured powerful drawings by pioneering African American cartoonist Oliver Harrington. Revisit Wright’s groundbreaking work about institutional racism and its impact on the individual in the illustrated pages of the Plaindealer, as found in America’s Historical Newspapers.

Open Source Intelligence: FBIS, JPRS and the Evolution of Meaning 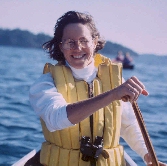 “The definition between government document and nongovernment document blurs, particularly as the intelligence tentacles of the United States government seek every shred of information, news, detail—and bring it home for contemplation, digestion and eventual redistribution....

“Prime examples of the ‘documentization’ of information are the United States Joint Publications Research Service (JPRS) and its equally acquisitive partner, the Foreign Broadcast Information Service (FBIS)....Of interest here are the transforming effect these services have on the information they amass and the research and societal value that results.

“The significance of information collected by JPRS and FBIS is enormous. Of greatest importance is the diversity of viewpoints suddenly made accessible by subject and in English. To be able to understand these resources in relation to their special provenances is especially critical in appraising their informational value.

Readex product director Brett Kolcun will present a live webinar on Feb. 28 for librarians, faculty and students who have an interest in African American studies. This in-depth webinar will explore the content, features and functionality of three acclaimed Archive of Americana collections:

Edgar Allen Poe's "The Raven" reprinted in the Alexandria Gazette

Poe sold his poem, “The Raven,” to The American Review and it appeared in its February 1845 issue under the pseudonym "Quarles." The poem's first publication with Poe's name was in the New York Evening Mirror on January 29, 1845. Shortly after its publication in the Evening Mirror, "The Raven" appeared in publications across the country, including in the Alexandria (Virginia) Gazette on February 8, 1845, as seen below. 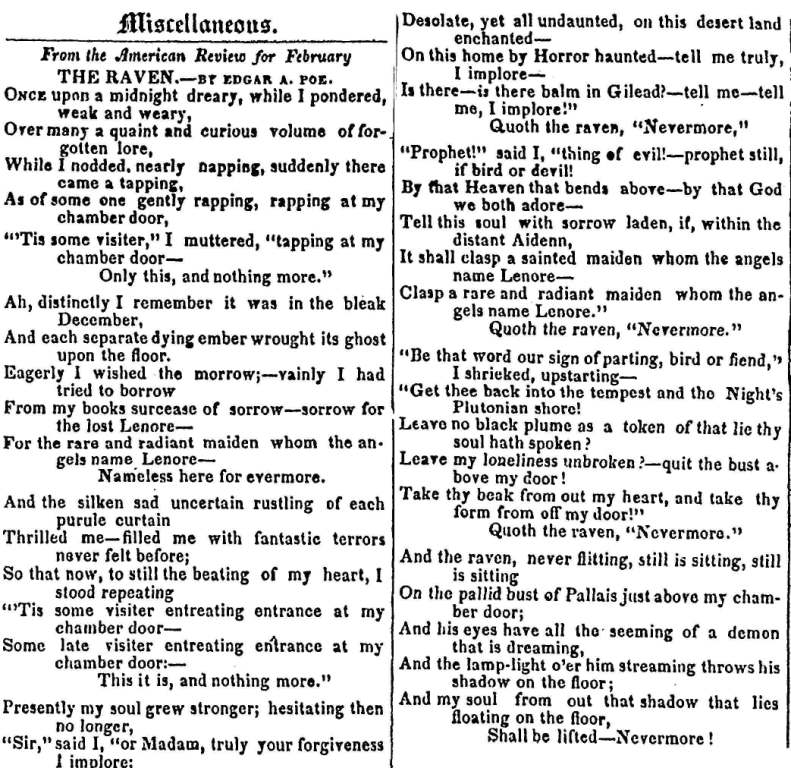