Jennifer Trammell is Digital Marketing Director at NewsBank. She helps libraries ensure their students and patrons have access to the research information they need. A graduate of Northwestern University’s Medill School of Journalism, she previously worked as a news anchor and reporter across the Midwest and in Florida.

Before Hamilton Mania: Joanne B. Freeman on her Scholarly Obsession with an American Enigma

After Joanne B. Freeman’s captivating talk on early congressional violence at the 2019 American Library Association Annual Conference, we sat down with the Yale University history professor to dive deeper into her scholarly interests and use of primary documents. We shared highlights with you in the most recent installment of Readex’s Scholars Speak series; however, no conversation with Freeman would be complete without a focus on Alexander Hamilton.

Decades before Lin Manuel Miranda’s inspiration for the Broadway smash hit, a teenager’s interest in this American enigma was struck in the biography section of her local library. Freeman—who calls herself that “crazy person” who knows more about Hamilton than anybody else—realized upon seeing the musical for the first time that her work was the basis for the song “Ten Duel Commandments.”

Enjoy this behind-the-scenes chat as Freeman discusses what first sparked her interest in this enigmatic founding father, why after decades of research he continues to fascinate her, and how she predicts “Hamilton Mania” will impact history. 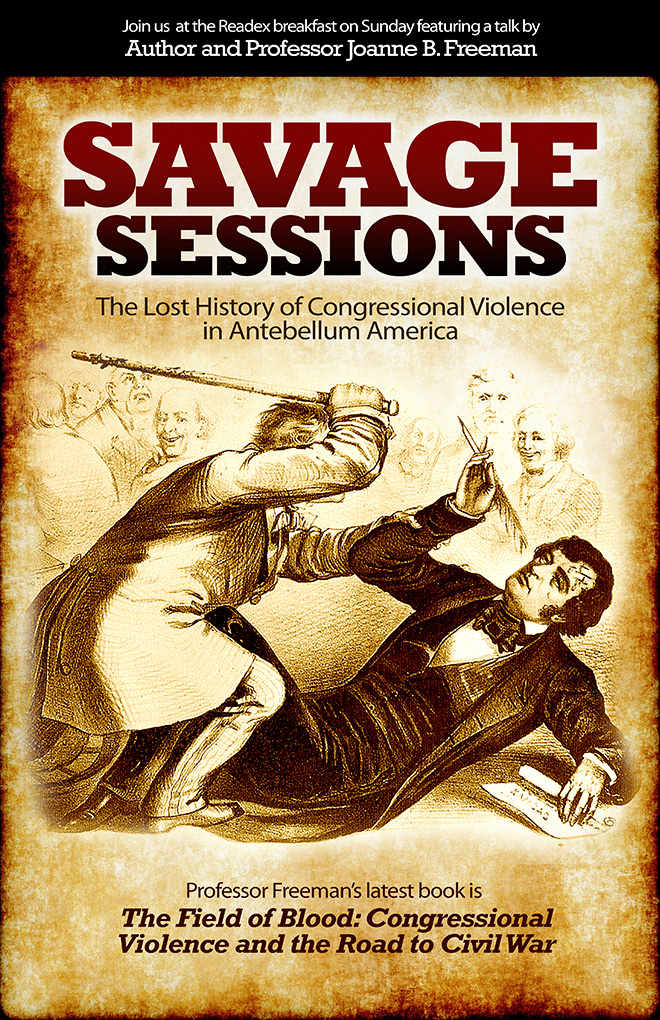 Think about this word: melodrama. What image comes to mind?

Did you “see” what they did?

Many in the audience had envisioned something akin to the “Railroad Rescue,” a scene that originated in Augustin Daily’s Under the Gaslight, a popular play which premiered in New York City in 1867. But as Hughes would reveal, the “Railroad Sensation”—as it was called then—has a “surprisingly complicated and convoluted history.” View the full presentation.

Throughout her talk, titled “Dramatic Effects: The Impact of Theater on 19th-Century U.S. Culture and Society,” Prof. Hughes provided a fascinating overview of the 19th-century theater industry. She shared some of the discoveries her recent research has re

vealed, and she unpacked the little-known history of that “Railroad Rescue,” pointing out its significant political and social factors.

“The highlight of my conference”: The Readex Breakfast at the 2018 ALA Annual Conference

The Readex-sponsored breakfast presentation continues to be a must-attend event during the American Library Association Annual Conference. In a post-event survey, participants said:

“Always one of the highlights of attending ALA.”

“The Readex breakfast is the highlight of my conference every year.”

“Thanks for not shying away from possibly controversial topics. The speakers are always good.” 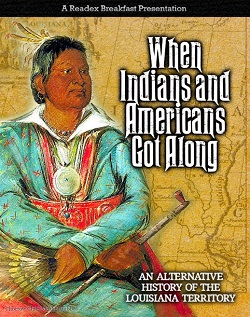 On Sunday, June 24 in New Orleans, Prof. Stephen Aron—a leading authority on the American frontier—presented an alternative history of the Louisiana Territory in a fascinating talk titled “When Indians and Americans Got Along.”

Aron, professor of history and Robert N. Burr Chair at the University of California, Los Angeles, described a period of U.S. history in which Americans and Indians found common ground—at least for a time. He emphasized that the alternative history he describes actually happened, unlike “alternate history”—a genre of fiction in which one or more historical events have a different outcome from what really occurred.

Aron is currently writing a book with the working title Can We All Get Along: An Alternative History of the American West.  Throughout his research, Aron has drawn on digital primary documents, including those in Readex collections: 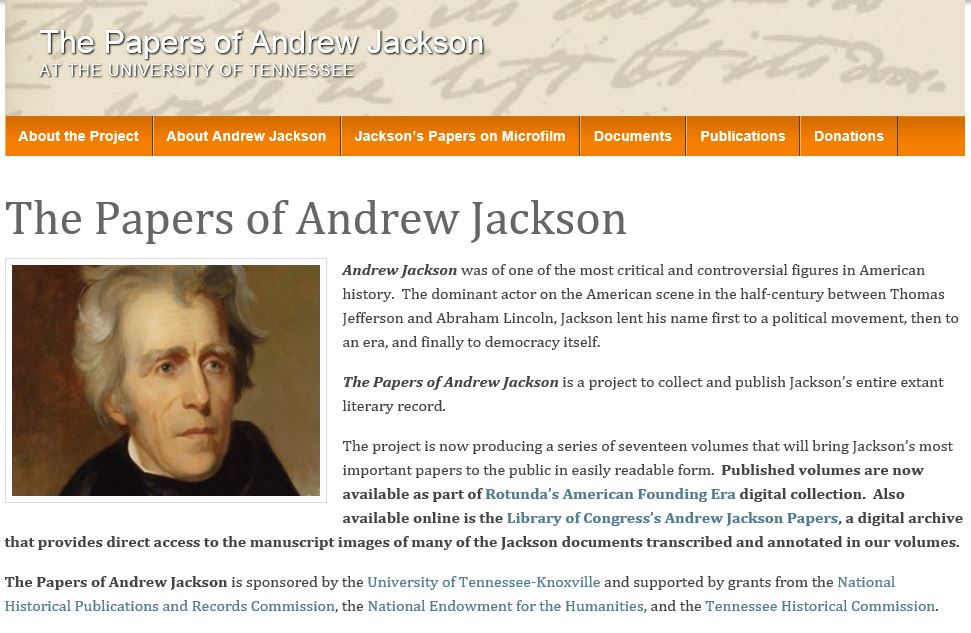 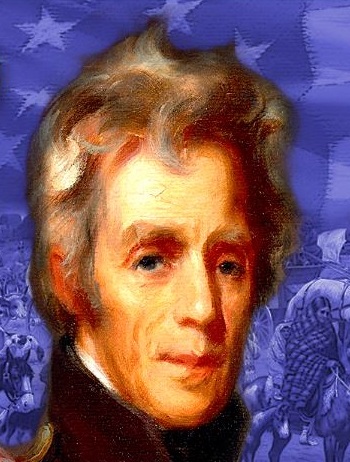 Readex had the opportunity to sit down with Paul Finkelman, a leading authority on American legal history, race relations and religious freedom, to discuss the importance of primary documents in his work as a scholar and professor. 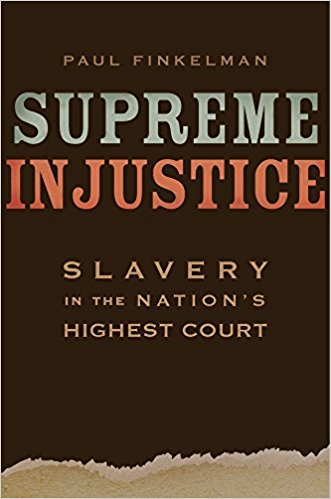 Now the President of Gratz College, Finkelman has taught law and history courses at more than a dozen intuitions. He is the author or editor of more than fifty books, including Supreme Injustice: Slavery in the Nation’s Highest Court, which will be published this month by Harvard University Press.

In our discussion, Finkelman compared his work flow to that of scholars in decades past, noting how the online availability of primary sources not only fosters faster work, but also unlocks new findings in ways never before possible. Watch the highlights of our interview to learn how digital resources like the U.S. Congressional Serial Set and American Pamphlets can help students discover historical connections and energize their research.

Contact us for more information about Readex digital collections for classroom and research use.

We are a nation of immigrants, but sometimes it seems we forget that. Professor Paul Finkelman offered a stark reminder of this at the 2017 American Library Association Annual Conference in Chicago, and attendees of his Readex-sponsored talk left with a fresh lens through which to view today’s immigration debate.

From Hollywood to Silicon Valley, from baseball stadiums to boardrooms, immigrants and their children enhance our daily lives and culture. Consider the contributions of Andrew Carnegie, Alexander Graham Bell and Albert Einstein. Immigrants, including Irving Berlin, Greta Garbo, Sophia Loren and Joe DiMaggio, have enriched our music, art, and entertainment. Think of the impact more recent innovations by immigrants—like the founding of Google and the creation of the Pentium Micro-Processor—have had on our world.

Ten percent of the first Congress was foreign-born, and immigrants continue to fill critical leadership roles in our government today.

“From the beginning to the present, immigrants and the children of immigrants have played a fairly significant role in American politics,” Finkelman said. “In the last half century we’ve had two Secretaries of State who were immigrants.”

Add to that a foreign-born Secretary of the Treasury and two ambassadors to the United Nations. As Dr. Finkelman noted, unless you are 100% Native American, you are of immigrants.

But how quickly, as a nation, we forget.

Since the late 19th century, the Statue of Liberty has symbolized freedom, standing as a welcoming beacon to millions of immigrants reaching America’s shore. The poem at the base of the statue, written by Emma Lazarus, declares: “Give me your tired, your poor, your huddle masses yearning to breathe free.”

Is the United States still a welcoming haven?

Readex recently sat down with David Goldfield, the Robert Lee Bailey Professor of History at the University of North Carolina, Charlotte 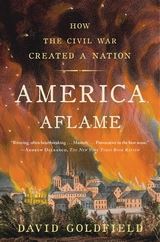 , and author of America Aflame: How the Civil War Created a Nation. In our short discussion, Goldfield described how his extensive study of U.S. religious and Southern history—including newspaper editorials, church sermons and other primary source documents—enabled him to identify a critically important aspect of the American Civil War not often discussed by other historians.

Professor Goldfield also explained why he uses digitized primary sources in his teaching to excite and engage students. Watch the interview to learn how online resources like The American Civil War Collection help students gain a wider view of history based on a variety of perspectives.

Contact us for more information about The American Civil War Collection or other primary source collections for classroom use.

While our minds tend to enjoy simple, clear-cut, good-versus-evil narratives, the reality is much more complex, Goldfield argued.  He used his research surrounding U.S. religious and Southern history to provide a new look at the causes and outcomes of the American Civil War, first explaining why he finds the often-told story of the war “woefully incomplete.” He asked his audience of academic librarians to entertain a very different perspective on the war.

Throughout his presentation, Goldfield challenged the usual chronicle surrounding the war—the familiar debate of states’ rights and slavery—and instead focused on the consequences of righteousness and the effects of removing the barrier between church and state. According to Goldfield, the Civil War represented the failure of our political system, caused by the injection of religion.