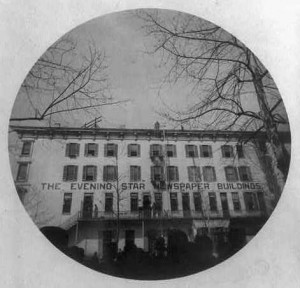 On December 16, 1852, a newspaper described by historian Fred A. Emery as “The Rock of Gibraltar in Washington Journalism” was born. The Evening Star was one of dozens of newspapers that sprang up in the mid-19th century in Washington, D.C. Like many of its kind, it began modestly as a four-page broadsheet printed by a hand press. Only 250 copies were made for its initial run. However, its owner, Captain Joseph Borrows Tate, had a big vision, which he and the editorial staff declared proudly in its Manifest: “The Star is to be free from party trammels and sectarian influences.” Unlike other newspapers that were polemical and highly political in nature, the Star was to be neutral. It was also to be “devoted in an especial manner to the local interests of the beautiful city which bears the honored name of Washington.” In other words, the Star was to be a newspaper focused on largely local news and concerns. It was also to dedicate itself to the development and progress of the city of Washington. Something of the idealism and high aspirations of the newspaper can be seen in this poem written specifically for its inaugural issue. 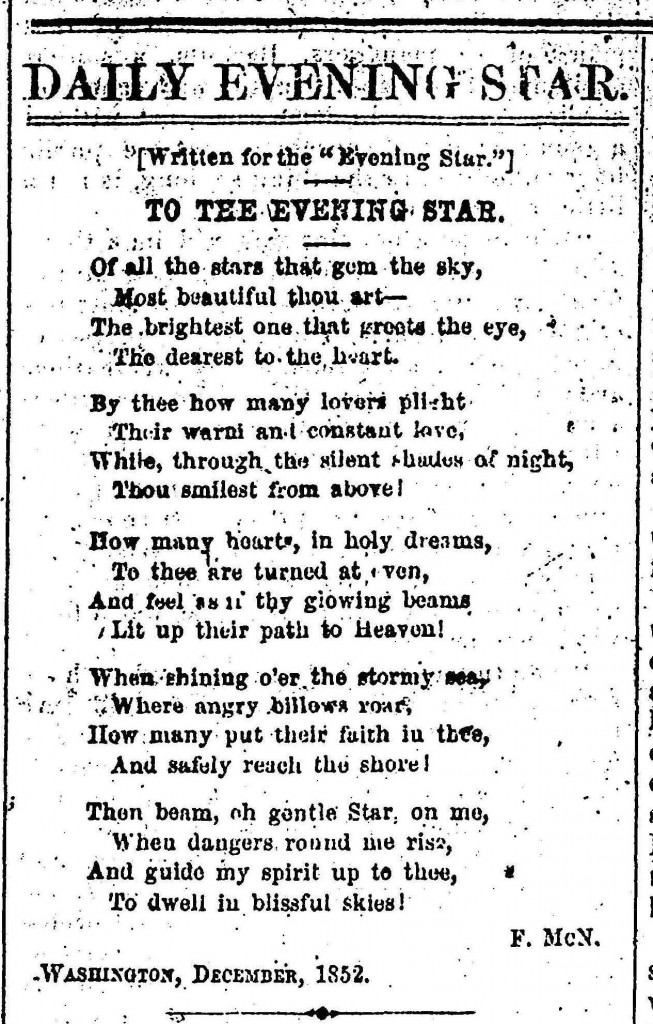 The newspaper was literally to be a guiding light for the city. Over time, the Star’s professional stance and local emphasis distinguished it from rivals and drove its commercial success. For many years, it was regarded as the “paper of record” for our nation’s capital, drawing such stars as cartoonist Clifford K. Berryman away from its less successful rival, The Washington Post. Berryman’s work satirizing both Democrats and Republicans, presidents and poor men, and commenting in a humorous way on numerous divisive political issues, illuminated the pages of the Star until his death in 1949. Readex is releasing a 70-year span of The Evening Star (1852-1922). For more information on this digital archive, please contact readexmarketing@readex.com.
Tags
Filed under