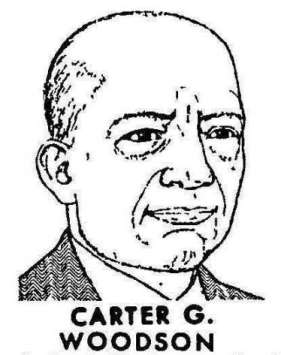 In 1925 Carter G. Woodson and his Association for the Study of Negro Life and History created Negro History Week. A half century later, during the U.S. bicentennial, this formal period for recognizing African American contributions to our national history was expanded to a month. At that time President Gerald Ford asked Americans to “seize the opportunity to honor the too-often neglected accomplishments of black Americans in every area of endeavor throughout our history.” During this 2014 celebration of African American History month, Readex is pleased to highlight these five new and recent resources:

The American Slavery Collection, 1820-1922: From the American Antiquarian Society

This digital edition of the American Antiquarian Society’s extraordinary holdings of slavery and abolition materials delivers more than 3,500 works published over the course of more than 100 years. Addressing every facet of American slavery, these diverse materials, all filmed in full-resolution color, include books, pamphlets, graphic materials, and ephemera; among them are a large number of invaluable Southern imprints. Learn more.

Afro-Americana Imprints, 1535-1922: From the Library Company of Philadelphia

Created from the Library Company’s acclaimed Afro-Americana Collection—an accumulation that began with Benjamin Franklin and steadily increased throughout its entire history—this resource provides 12,000 books, pamphlets and broadsides containing an unparalleled record of African American history, literature and culture. This digital edition is available as a single complete collection, or in one or more of ten cohesive modules. Learn more.

African American Periodicals features more than 170 wide-ranging periodicals by and about African Americans. Published in 26 states, these publications include academic and political journals, commercial magazines, institutional newsletters, organizations bulletins, annual reports and other genres. These diverse periodicals will enable new discoveries on lives of African Americans as individuals, as an ethnic group and as Americans. Learn more.

African American Newspapers provides online access to approximately 270 U.S. newspapers chronicling a century and a half of the African American experience. This unique collection features hundreds of titles from more than 35 states—including many rare and historically significant 19th century newspapers. Learn more.

Caribbean Newspapers—the largest online collection of 18th- and 19th-century newspapers published in this region—provides a comprehensive primary resource for studying the development of Western society and international relations within this important group of islands. This unique resource will prove essential for researching colonial history, the Atlantic slave trade, international commerce, New World slavery and U.S. relations with the region as far back as the early 18th century. Learn more.

For more information about these collections, please contact readexmarketing@readex.com.