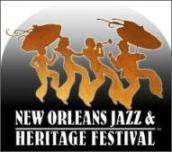 People associate many things with New Orleans—Mardi Gras, the French Quarter, Bourbon Street, Cajun food, and great jazz—just to name a few. So, could there be a better place in America to have an annual music festival? Between April 26 and May 5, 2013, the New Orleans Jazz & Heritage Festival will again give fans a rich taste of not only jazz and related music genres, but also Louisiana food, crafts, and culture.

As seen in the newspaper article below, the first New Orleans Jazz Fest took place in April 1970. The list of 200 performers included Mahalia Jackson, Al Hirt, Pete Fountain, Duke Ellington, and the Preservation Hall Band. The producer was George Wein, creator of the Newport (Rhode Island) Jazz Festival. Wein said, "Newport was manufactured but New Orleans is the real thing."

Tickets were reasonably priced, as one can see by this festival advertisement. 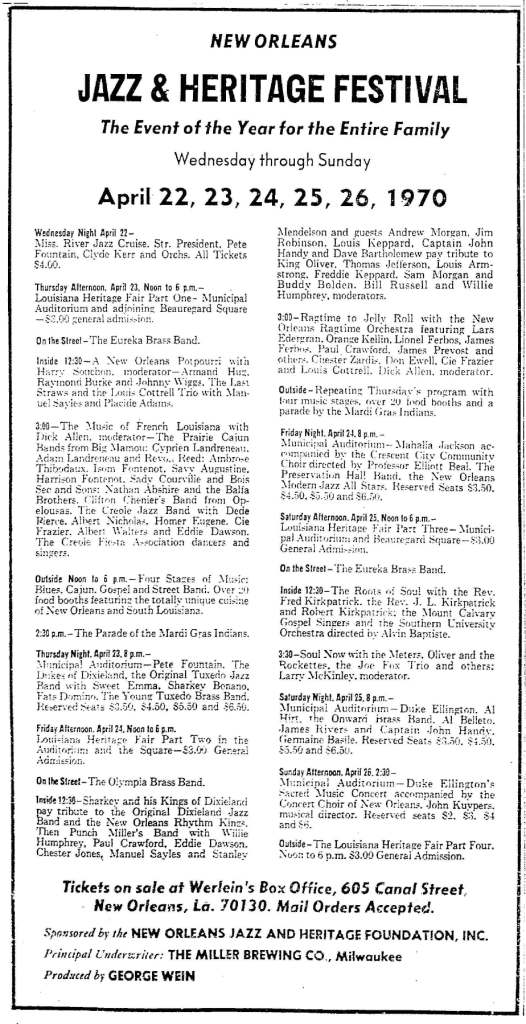 The first New Orleans Jazz & Heritage Festival followed several failed attempts at similar events. Explaining why a local jazz festival couldn’t suceed in the early 1960s, Wein said, "You could not bring black and white jazz greats together in a city that was mostly segregated.” However, the region was ready by 1970, when Wein noted, “This area is ripe with all the musical elements—gospel, blues, ragtime, soul, the Creole culture—that created the atmosphere for the birth of jazz.” 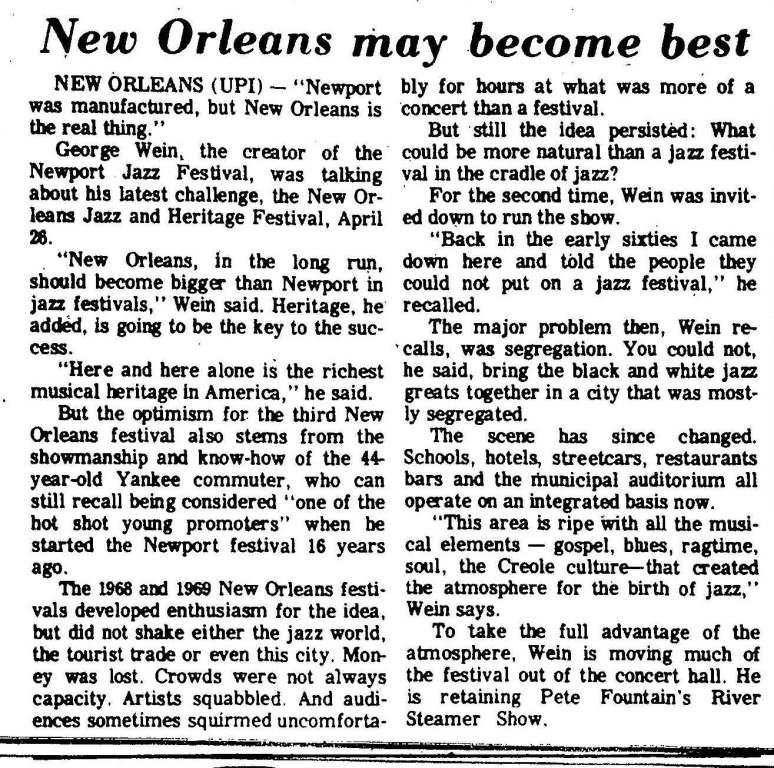 The New Orleans Jazz Fest has grown considerably from the 350 people who attended in 1970. More information on this year’s event can be found here.  For information on the digital archives of the Times-Picayune and Augusta Chronicle, please contact readexmarketing@readex.com.