‘Godspeed, John Glenn’: Notes on the Passing of a Great American

‘Godspeed, John Glenn’: Notes on the Passing of a Great American

The late Senator John Glenn embarked on his life of public service literally and figuratively at the tip of a spear. As a Marine pilot he flew combat missions during World War II and the Korean War; as the first American to orbit the Earth, he flew into history atop a repurposed Atlas missile. Glenn—the last surviving Mercury 7 astronaut—died on December 8, 2016, at the age of 95. 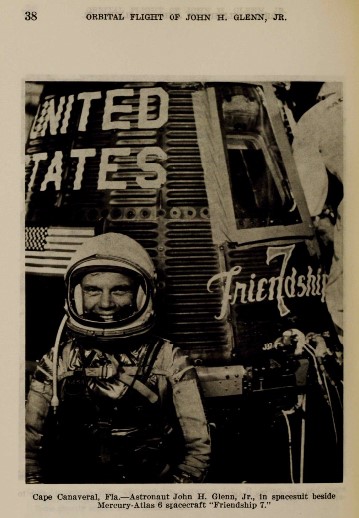 In peacetime, he readily transitioned to playing a constructive role in science and government. During his career as a four-term Senator from Ohio he supported legislation proffering an official apology to those Japanese-Americans who suffered internment during World War II. He also championed limitations on strategic missiles. 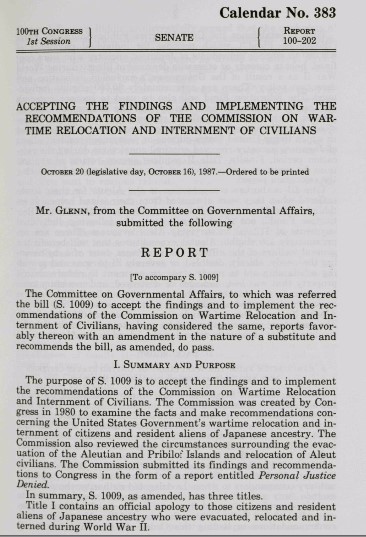 He was forward-thinking in many other ways. For example, 2016 saw the opening of the National Museum of African American History & Culture, in Washington, D.C. Senator Glenn had proposed such an institution in his home state in 1976, on a site that had been part of the Underground Railroad. 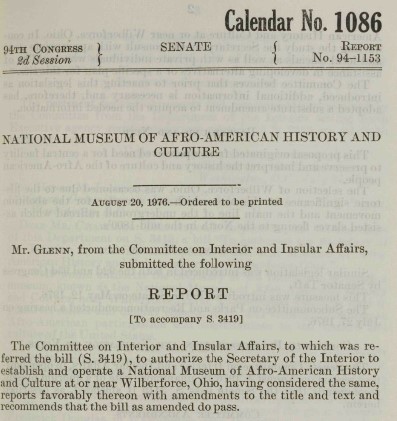 During the recent contentious presidential campaign, the Hatch Act was discussed in relation to the rights and limitations on federal officers and employees to participate in the political process; Senator Glenn was already considering such issues in 1989. He fought for transparency and efficiency in government, and for the disclosure of lobbying. He even led an investigation into corruption in professional boxing.

When the Friendship 7 lifted-off from Cape Canaveral on February 20, 1962, fellow astronaut Scott Carpenter uttered, “Godspeed, John Glenn,” a phrase that has settled into the American public consciousness in relation to that great undertaking. As we bid farewell to this towering figure of our political and cultural identity, we offer Glenn’s own thoughts on his spiritual life as given during an interview following his orbital flight.

We try to live every day as best we can, and I think that is the way. I would say the same thing happened on the orbital mission. My peace has been made with my Maker for a number of years, and so I have no particular worries about the future along that line. 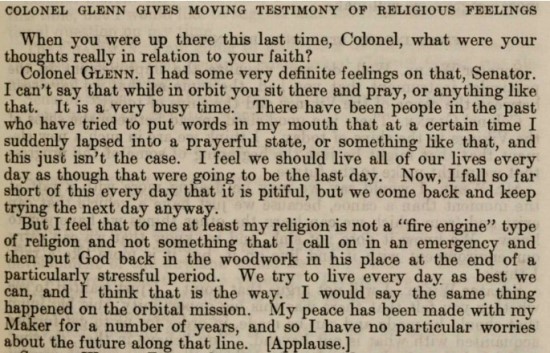