How to Get Ahead: Century-Old Advice for the “Woman of Business”

How to Get Ahead: Century-Old Advice for the “Woman of Business” 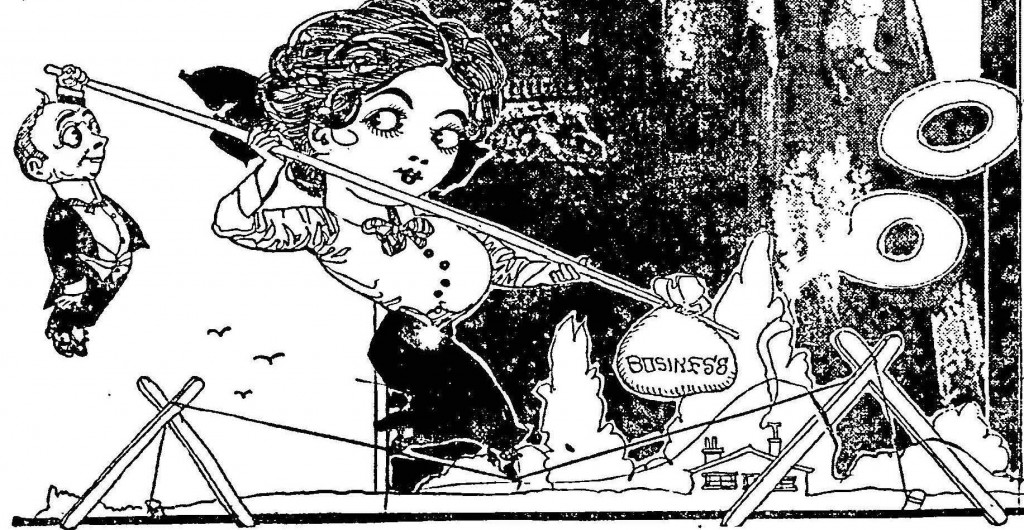 Today’s woman has a wealth of information at her fingertips on how to get ahead at work. Books such as Nice Girls Don’t Get the Corner Office, Hard Ball for Women and Play Like a Man, Win Like a Woman; magazines such as Pink; and numerous blogs all offer advice to the up-and-coming woman of business. In the 19th century unprecedented numbers of women joined the workforce and thus entered into the public sphere for the first time. Many did so out of necessity, but some were motivated by ambition. What advice was available to the ambitious woman of business in the 19th century? Along with books and women’s magazines, mainstream newspapers began to offer advice to women on achieving business success. Much of this advice literature was written by women. Women held each other to high standards. Even by their own sex, women were often thought too naturally tender-hearted and sentimental to be good at business. An article from The Chicago Record, written by a woman and reprinted by The Kansas City Star, sternly advised women to be appropriately business-like and not to confuse business with philanthropy for “it may be questioned whether half the failures in business ventures by young women do not arise from this simple fact.”1 The author warned the woman of business that she had exchanged “the privilege of special courtesy to her sex” for “independence and business reciprocity.” In other words, a woman should expect no special treatment because she was a woman. Others argued that the very skills that enabled a woman to be a good wife and mother also made her a business woman. Mrs. S. M. Perkins in the Cleveland Plain Dealer asked:

A woman who carefully looks after the details of housekeeping and trains up a family of children, taking them through the mumps, measles, whooping cough and the teething period, and attends to getting of twenty-one meals, such as his lordship will not grumble about; and keeps a house in order—bed making, sweeping, dusting, house cleaning, washing and ironing, finding school books for children and mending their little torn garments—is not such a one a businesswoman?2

The “world is full of business women,” Mrs. Perkins continued, but what made women different from men is that “women [had] more conscience, more moral integrity.”3 As a result, she concluded, “we somehow expect unusual worth in a woman.”4 Once a woman had established her business reputation, she must work hard at keeping it because, as the author said, “a woman cannot afford to break her word. It will ruin her reputation to do it.”5 By keeping her word, people would trust her and help her succeed, the author advised. It was universally acknowledged that standards were higher for women. Women business pioneers were often interviewed by the press. One such business pioneer was Mrs. Frank Leslie, born Miriam Follin (1836-1914), once known as “the handsomest newspaperman in the United States.”6 When her second husband, Frank Leslie, died in 1880, Miriam was left with a contested will and a publishing enterprise in deep debt. Upon the deathbed request of her husband to save his business, Miriam legally became Frank Leslie. This gave her legal rights to all Frank Leslie publications, even over the objections of her stepson, Frank Leslie, Jr. and his brother. She turned the enterprise around by selling off unprofitable publications and developing a new publishing strategy that returned the business to profit. 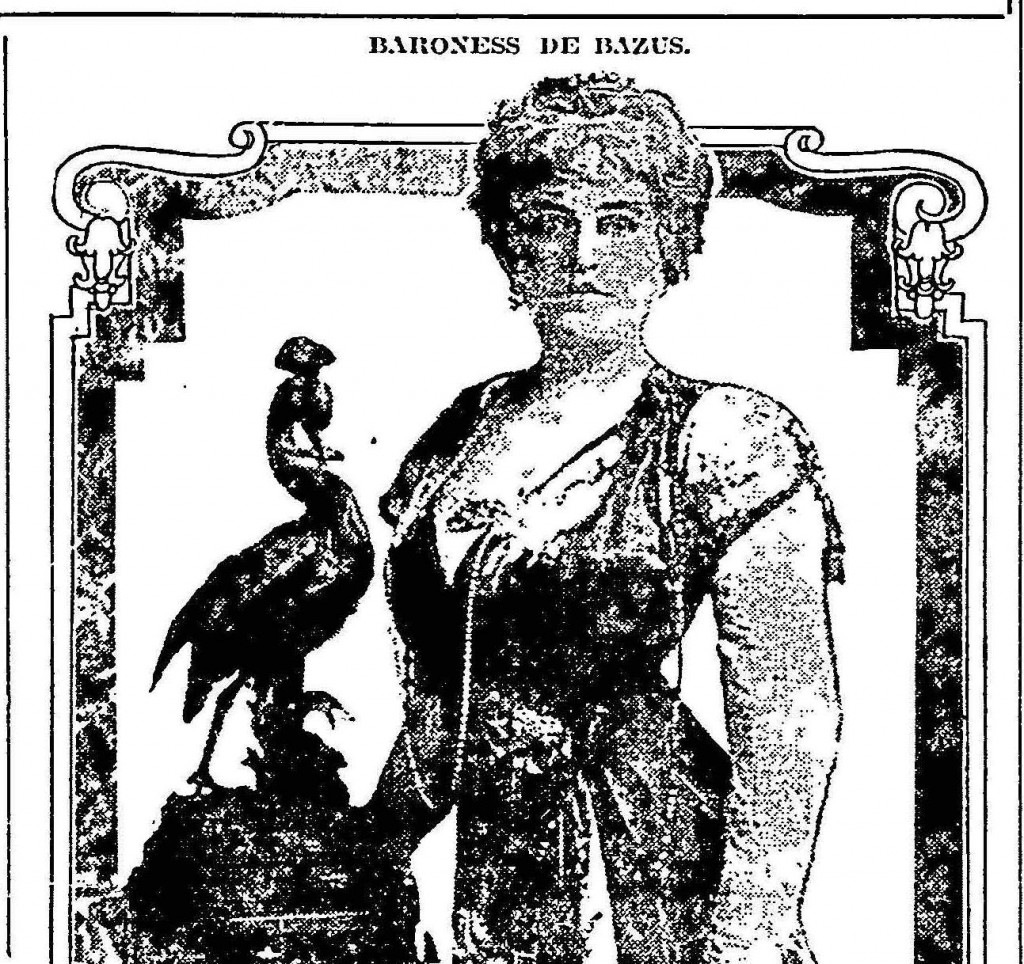 In 1902, she sold the business and gave up the name Frank Leslie, stylizing herself as “the Baroness de Bazus,” which she claimed was an old family title. The Baroness made several observations about business women in her interview with Ada Patterson in The Idaho Statesman. First, she said that women were too conservative: “They are too timid to essay new paths.”7 She also said that women sometimes expected special treatment:

I had 50 women in my employ at one time, and I noticed their tendency to arrive late and stay late. They would say to me, “But so long as I do my work does it matter whether I come into the office at 9 or 11?” And I would answer, “Perhaps not in your individual case. But If I granted this privilege to one, the other women, and the men too, would have a right to expect it. The office would be demoralized.”8

But what was essential for a woman’s success in business was “to forget her sex in dealing with men,” she said.”9 Business women were often seen to be using feminine wiles to get ahead. Or at least they had to fight the perception they were. The illustration (by a male artist) that accompanied her interview is a good example of such perceptions, depicting a woman coquettishly trying to balance on a tight rope, while holding a pole with a businessman on one end and a bag of money labeled business on the other. Not surprisingly, many women were often subject to sexual harassment. The New York Tribune reported that women who had gone out to solicit advertising were repeatedly subjected to “improper advances.” The Tribune displayed an unsympathetic attitude towards such reports, saying merely that advertising, being too public a profession, may not be suitable for young women and perhaps should be reserved for those over 40. It recommended less public pursuits such as handicrafts, nursing, designing, and higher levels of domestic service for the young career woman. But no matter the profession, the New York Tribune stated unequivocally, “a pure woman, provided always that her dignity and pure manner express her purity, needs no lion to protect her, wherever she may go.”10 Over 40 years later in 1911 the Baroness admitted that she smiled when she heard of women being harassed in offices, stating, “if women are preyed upon, it is because they allow themselves to be preyed upon. If women practice allurements during business hours, they must not be appalled if men regard these coquetries as overtures.”11 Given that the Baroness, a reputed beauty of her times, divorced her second husband and married her boss, Frank Leslie, one wonders what means she used to get ahead. She did, however, have a pragmatic attitude toward life, recommending that business women marry because men were “necessary evils.”

If you are traveling you are treated with more respect, and you are not so likely to be cheated if you are attended by a husband….when I walk downstairs, I need the support of a man’s arm or a banister, I don’t care which, but I need one. As society is in the world today, it is almost necessary to have a husband.12

In sum, advice given to business women of the 19th century:

• Expect standards to be higher for women

• Expect and give no special treatment