From Harpers Ferry to Gettysburg: Perspectives of Confederate and Union Soldiers

The September release of The American Civil War Collection, 1860-1922: From the American Antiquarian Society includes a wide range of voices and perspectives. The documents include a discourse on slavery in reaction to John Brown’s raid on Harpers Ferry prior to the war; a Confederate general’s report on a Union general during the war; and two retrospectives written years after Lee’s surrender at Appomattox. Often these differing viewpoints provide details and nuances not found in other Civil War accounts.

Letter from General C.F. Henningsen in Reply to the Letter of Victor Hugo on the Harper's Ferry Invasion (1860)

Charles Frederick Henningsen was a mercenary who participated in conflicts in Spain, Nicaragua, and Hungary before joining the Confederacy and serving as a brigadier-general. Although it is unclear whether he was born in England or Brussels, his views on slavery and Africans, as espoused here, are unambiguous. He wrote this work the year after abolitionist John Brown failed in his attempt to seize the Harpers Ferry arsenal and start an armed slave revolt. Victor Hugo, a French writer and political activist, had written a letter asking the United States to spare John Brown’s life, but it was received after Brown had been executed in December 1859. Henningsen’s response to Hugo quickly moves past the specifics of Brown’s raid and his own approval of Brown’s execution. He instead turns to the overall condition of Africans and African-Americans, writing that their “race has a different, and, in some respects, inferior mental organization, certainly, to the Caucasian race, and probably to every other, and that he is wanting in natural capacity for freedom.”

Henningsen explained his understanding of the differences between the races, comparing slavery to European serfdom, before voicing a sentiment still echoed in some corners today.

The August release of The American Civil War Collection, 1860-1922: From the American Antiquarian Society contains several items about international law and neutrality, specifically British neutrality. Prior to the American Civil War, British Prime Minister Viscount Palmerston urged a policy of pragmatic neutrality. His international concerns were focused in Europe where he had to balance both Napoleon III’s ambitions in Europe and Bismarck’s rise in Germany. However, the Confederate strategy for securing independence was largely based on the hope of military intervention by Britain, a hope that was nearly realized in the wake of the Trent Affair. 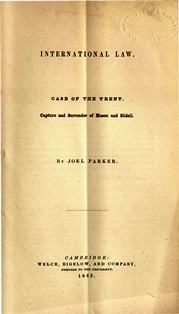 International Law: Case of the Trent. Capture and Surrender of Mason and Slidell (1862)
By Joel Parker

The July release of The American Civil War Collection, 1860-1922: From the American Antiquarian Society includes a tale of a British plot to destroy democracy, a case of Southern espionage, and a retrospective examination of the Trent Affair. Also found here are popular cultural items such as the history of a famous mid-19th-century singing group and a colorful children’s picture book featuring an advertisement for battle maps and more. 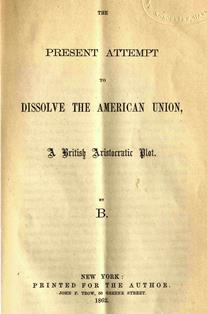 The Present Attempt to Dissolve the American Union: A British Aristocratic Plot (1862)
By B.

Captured! Firsthand Accounts of Prisoners of War from the American Civil War Collection 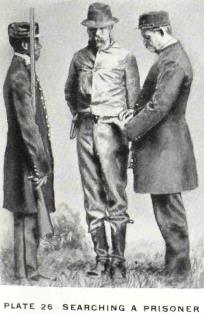 Opinions on prisoners of war and prisoner exchanges have dominated recent news cycles. The June release of The American Civil War Collection, 1860-1922: From the American Antiquarian Society also provides a number of views on these contentious issues, including both Northern and Southern perspectives. Related topics covered are prison conditions, the care and treatment of prisoners and their escapes. (All of the images in this post are found in The Elmira Prison Camp, discussed below.)

Journal of Alfred Ely, a Prisoner of War in Richmond (1862)
Edited by Charles Lanman

On Saturday, July 20, 1861, participating with many others in the anxieties of the day, and curious to witness what should occur, I applied to General Winfield Scott, in Washington, for a passport to visit our troops, then encamped at Fairfax Court House and Centreville, near what is known as ‘Bull Run,’ where it was expected a battle would take place on the following day. The General made several inquiries relating to my birthplace and parentage, and I told him that we had met before.

The American Civil War Collection, 1860-1922, contains many items published for children during the war as well as many items pertaining to the role of children in the war. Here are five examples from the May release of this new resource, created from the American Antiquarian Society's comprehensive holdings of Civil War materials.

This 16-page pamphlet presents a remarkably light-hearted narrative poem about the courage and faith of a drummer boy who, although badly injured, provided comfort to a wounded soldier. The following is one of its dozens of stanzas: 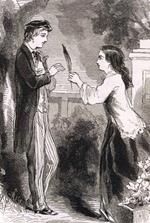