‘Politically, Morally and Personally Unworthy’: Highlights from Territorial Papers of the United States

The October release of Territorial Papers of the United States, 1765-1953, includes many letters and little-known documents tracking New Mexico’s controversial Secretary of the Territory, H.H. Heath.

An unsigned memoir from 1868 offers some background:

Mr. Heath is a native of New York, for several years a resident of Washington, he was for a time a (deputy) clerk of the House of Representatives and established here in 1849 or 1850 a newspaper called the “Southern Press” for the express purpose of defending “Southern rights.”

During the Lecompton struggle he was editor of “The North West” “which supported Southern men and Northern, too, who supported them.”

He held the Post Office at Dubuke [sic] for three years, until ejected by Mr. Lincoln. 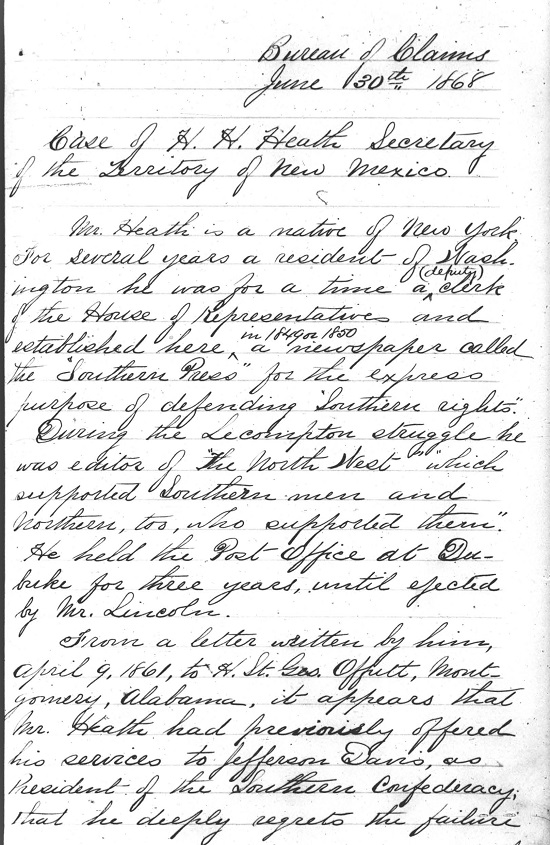 I have the honor to request permission to delay my departure for New Mexico…to afford me time to make my arrangements for taking my family and household goods with me.

I have the honor to report my arrival in this place and the assumption of the duties of Secretary of this Territory.

In August Heath wrote again to Seward, this time about documents uncovered in his New Mexico office. Describing the find, he writes:

Preserving a National Treasure: A Partnership with the Dartmouth College Library In 2003, Readex began a special partnership with Dartmouth College Library. Readex wished to scan a number of specific maps and color illustrations for our definitive digital edition of the 14,000-volume U.S. Congressional Serial Set—the crown jewel of American government publications. The Serial Set, which contains the Reports, Documents and Journals of the U.S. Senate and House of Representatives, is an exceptional source of primary material on nearly two centuries of American history. To ensure the comprehensiveness of our digital edition, our initial goal was to borrow and scan these items located in the Dartmouth volumes. In 2005, this Dartmouth-Readex partnership expanded from the initial request to a landmark project to preserve the complete print set at the Dartmouth College Library. In addition to enabling Readex to offer researchers the most accurate and comprehensive digital edition available, this unique partnership brought several benefits to the Dartmouth College Library: the cleaning and repair of more than 13,800 volumes, including the critical repair of spines and thousands of fold-out maps; creation of detailed item records for every volume; and invaluable first-hand experience with a large-scale digitization project.

0 comments
As a Readex account executive, I enjoy the opportunity to help bring our digital collections to the attention of students and scholars at some of the smallest four-year colleges. Occasionally, this extends to working collaboratively with librarians and faculty. 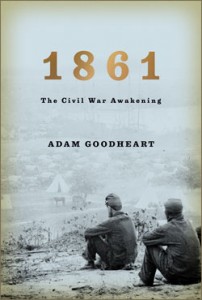 Among my accounts is Washington College on Maryland’s Eastern Shore. At this liberal arts institution known for its strong commitment to undergraduate education, I consulted closely with Ruth Shoge, Associate Professor, College Librarian, and Adam Goodheart, Director of the College’s C.V. Starr Center for the Study of the American Experience, among others, to help bring the acclaimed Archive of Americana collections to their campus.

"A Dastardly Outrage": Kate Brown and the Washington-Alexandria Railroad Case

0 comments
[Kate Brown, a U.S. Senate laundress promoted to retiring room attendant, is most notable for winning the 1873 Supreme Court Case Railroad Company v. Brown. This spring Brown was the focus of a winning entry in a research competition sponsored by the Oxford African American Studies Center and the Gilder Lehrman Institute of American History. That winning entry on Brown, which will be published in the online African American National Biography, was researched and written by McLean (VA) High School students Brian Tong and Theodore Lin, who utilized the U.S. Congressional Serial Set among other sources. The article on Kate Brown below was written by Betty K. Koed, Assistant Historian in the U.S. Senate Historical Office. It appeared in the September 2008 issue of The Readex Report, where it was published with permission from Unum, a newsletter published by the Office of the Secretary of the United States Senate.]