Impact in the Classroom

Engaging students through the use of historical primary sources

Below are comments from faculty who have successfully integrated primary sources into their teaching activities at a wide range of institutions. Their use of primary sources has worked not only to introduce students to the experience of the past, but also to create deeper engagement with research activities and spark lively discussions that improve the teaching process.

From Teresa Van Hoy, Associate Professor of History, St. Mary’s University, San Antonio:
“I have discovered an unexpected outcome of access to Readex databases. I knew they boosted the quality of student research and facilitated our teaching of research skills. But something more powerful turned out to be happening. It was a phenomenon more subtle than the pedagogical objectives I had so long been measuring and celebrating….Never has teaching been so dynamic and intense.” Read the Readex Blog post.

From Susanna Ashton, Professor, American Literature, Clemson University:
“The mid-semester assignment involving Afro-Americana Imprints was designed to get their feet wet in genuine archival work—work that might bring hitherto unknown stories to the fore. While we were relatively isolated in the upstate of South Carolina, at an institution without a doctoral program in the traditional humanities and, significantly, many hours away from most major research collections or scholarly centers such as the august Library Company of Philadelphia, the Readex digital edition offered my students an opportunity to do what I call dirty research. Moreover, I hoped this project would allow them to write in a slightly more public vein with an eye to greater accessibility and engagement than graduate student writing usually allows….A bevy of unanticipated reports came back.” Read The Readex Report article.

From Kelly Wisecup, Assistant Professor, Department of English, University of North Texas:
“One of the challenges—but also one of the joys—of teaching classes on colonial American literature is that students often enter the classroom with few preconceived notions and little background knowledge in the period. As my comments on my course evaluations have attested, students are often surprised to find that early American literary study involves not just the Puritans but also the study of authors of various genders and cultural and social backgrounds. Because most students have little prior exposure to early American literatures, my courses must address not only the content matter and themes of the texts but must also teach students to read texts written with unfamiliar literary strategies and for very different audiences than twenty-first century college students. Early American Imprints, Series I (Evans) and II (Shaw-Shoemaker), offer a treasure trove of documents that introduce students not only to a wide range of texts and topics but also to research skills necessary to study in the Humanities.” Read The Readex Report article.

From Julie R. Voss, Associate Professor of English, Coordinator of American Studies Program, Lenoir-Rhyne University:
“In the English program in which I teach, majors are required to take one seminar in American literature before the Civil War, one option of which is Colonial American Literature. This course is not generally high on their list of priorities, and students grumble that the ‘early stuff’ is inaccessible and boring—and, despite my love of the time period, I can see that Mary Rowlandson cannot quite compete, for sheer enjoyment, with writers they encounter elsewhere. However, I often find that what hooks students into an (occasionally begrudging) interest in colonial texts is the sense of the real people behind the words. In an effort to promote that interest in colonial people, and in the hope of encouraging them to think about themselves as budding scholars, I decided to make a recent Colonial American Literature class dive into the Early American Imprints collection.” Read The Readex Report article.

From LeeAnna Keith, Department of History, Collegiate School:
“As a full-time high school teacher who aspires to be an independent scholar and a mom, I am always multitasking. My lesson plan for teaching about the Radical Republicans of the Civil War and Reconstruction Era was conceived to serve more than one purpose. On the one hand, it would provide the core of our class discussion and individual engagement with the subject of the Civil War Era. Students would employ and develop their skills for research, writing, and presentation. They would work alone and in groups. Best of all, they would make contributions to my own research project—about Radical Republicans—turning up original documents and making connections that I can hope to include in my forthcoming book….Key resources made for a promising outlook. Four Readex databases of historical sources provided the core of our research material…” Read The Readex Report article.

From J. Michael Rhyne, Associate Professor, College of Arts and Sciences, Urbana University
“The Civil War: Antebellum Period to Reconstruction was extraordinarily useful for our research on the Underground Railroad in Ohio. In particular, it allowed us to track the Addison White story as it was reported throughout the country, and it gave students access to competing interpretations of events in Ohio in 1857. One student wrote a seminar paper focused on how the Addison White case was reported around the country, while another wrote a short play about the court proceedings, using direct quotes from the newspapers for dialogue!” Read the Case Study.

From Edward M. Griffin, Distinguished Graduate Professor of English, University of Minnesota
“I find that if I can get students into the actual early documents, they discover that it's allRambo Action: pirates, soldiers, spies, kings, queens, revolutions, dark nights of the soul, invasions, war and peace, politics, captures and escapes and what we too casually would call religious fanatics….Today, moreover, I can set undergraduates to work in new ways. The anthology-textbook for my survey course necessarily distorts my subject. Because every textbook editor faces space-limitations, works I value pedagogically get omitted or truncated, and naturally no editor's biases perfectly match my own. I retain the anthology, but the digital Early American Imprints, Series I and II give undergraduates primary texts illuminating the anthology pieces that are absent from the textbook. For example, most anthologies represent the ‘captivity narrative’ by one tale, Mary Rowlandson's harrowing story. Yet, Early American Imprints, Series I lists 155 titles under ‘captivity narratives,’ including different editions of Rowlandson's.” Read The Readex Report Article.

From Michael P. Clark, Vice Provost for Academic Planning and Professor of English, University of California, Irvine:
“Teaching the history and culture of early America to undergraduates is challenging on many fronts. Students' familiarity with the best-known documents of the Revolutionary period can breed either contempt or a reverential awe indistinguishable from ignorance and boredom. The lesser-known material from earlier years presents formidable conceptual obstacles and seldom stays in print very long outside of the excerpts found in anthologies.

“In the past decade, online resources have opened up some pedagogical opportunities that can help overcome some of these obstacles in the study of early America. Web-based lectures and research assignments have become indispensable to my own teaching at the University of California, Irvine, where I regularly use early American materials in my lectures for the Humanities Core Course.” Read The Readex Report article.

From Edward J. Gallagher, Professor of English, Lehigh University
“I love putting history on trial in my undergraduate courses. These students still typically think of history as finding, identifying or uncovering a set of hard facts, but, as Hayden White reminds us, history has a subjective dimension—historians construct claims, create narratives, interpret facts, build cases, possess agendas, have pre-dispositions. History is much more interesting than students sometimes think.

“Well, there's no better place to put history on trial—that is, to experience the role that invention plays in the writing of history—than the massive digital collections in the Archive of Americana. And while working with these collections there is a generic assignment I have found valuable in assisting undergraduates be critical thinkers about history that I called ‘Testing the Scholar.’” Read The Readex Report article. 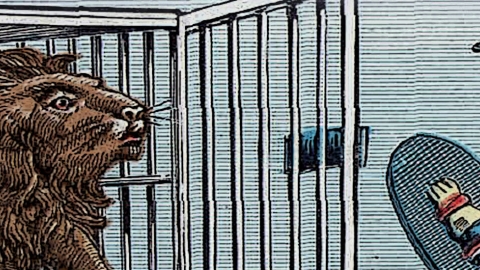