Black Life in America
A unique digital archive of news media, Black Life in America presents African American history in ways no other online resource can match. From Blackowned newspapers to mainstream publications, this primary source collection offers an expansive window into centuries of African American history, culture, and daily life—as well as the ways the dominant culture has portrayed and perceived people of African descent.

Voting in America, 1789-1994
Free and fair elections are the foundation of American democracy. For students and scholars of political science, history, sociology, and other disciplines, the history of American elections and voting poses insight into the social, moral, and political fabric of the United States, both past and present. Now available, Voting in America, 1789-1994 is a comprehensive primary source collection of the history of voting and elections in the United States that also includes text analytical tools for boundless opportunities for inquiry into the American democratic process.

Native American Tribal Histories, 1813-1880
Through much of the 19th century, the education, land rights, treaty negotiations and other affairs of Native American tribes were overseen by a cadre of superintendents from the federal Bureau of Indian Affairs (BIA). BIA superintendents scrupulously recorded their interactions with Native American tribes, leaving behind an astoundingly detailed archive that is captured here in full. Now, these rare materials are available for the first time in a readily accessible digital collection, which also contains detailed historical background notes created by the curators of the National Archives.

Native American Indians, 1645-1819
Every major book about Native Peoples from the mid-17th through early 19th centuries is included in this digital collection. More than 1,600 publications offer unparalleled insight into the relationship between Native American Indians and European settlers. Text analysis tools, author biographies, and suggested search paths are also included.

Early American Newspapers, Series 17, 1844-1922: American Heartland
These 60 newspapers published across the Midwestern U.S.—in Illinois, Indiana, Iowa, Kansas, Michigan, Minnesota, Missouri, North Dakota, Ohio, and Wisconsin—provide an unparalleled record of this region’s past. Series 17 of Early American Newspapers is the only product to bring this important and diverse set of titles together in a single digital resource, offering a multitude of new research and teaching opportunities. Researchers will find firsthand reporting, editorial opinions, compelling images, eye-catching advertisements and more, all shedding local light on daily life and culture in the American Heartland, as well as on major events from the Civil War to World War I.

Public Health: Global Origins of Modern Health Policy and Management, 1957-1995
Prompted in part by the threat of the COVID-19 pandemic, researchers are seeking to better understand how the field of public health evolved and adapted during the second half of the 20th century. Now Public Health—the only digital collection providing global perspective on this increasingly important topic— captures decades of international failures and successes in helping people live healthier lives. Thousands of primary source documents related to every facet of public health and health policy offer valuable insight for students and scholars. Topics addressed include infectious disease and other medical crises, environmental pollution, vaccines and birth control, the World Health Organization, food safety and water quality, natural and other disasters, and much more. 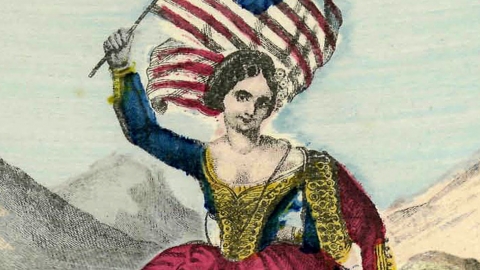 History of Readex
From Microprint to Digital
Learn more