“A wonderful resource for students and scholars working on the propaganda and news dimensions of the Cold War. The BBC’s key role in that conflict has yet to be fully explored. This resource points to the need to do that and to appreciate, in the process, how vital a part Britain played in the Cold War.”

“The BBC Monitoring Service Summary of World Broadcasts collection provides English-speaking researchers with unparalleled access to written translations of international radio broadcasts. The collection is a particularly valuable resource for researchers and students seeking to understand the role of radio propaganda and the use of open-source information in intelligence-gathering in World War Two.”

“The BBC Monitoring archives form a treasure trove of information, casting a fresh light on historical material for researchers. My work on intercepted radio broadcasts relating to India during the Second World War revealed to me what a rich and valuable collection these archives truly are. ...I also viewed the monitoring reports themselves as processes of representation, crafted by the agency of the monitors who exercised choice in what and how to transcribe.”

“The BBC Monitoring archive is an extraordinary, little-known collection covering most of the important events of the twentieth century. As well as offering remarkable source material for scholars and students of intelligence, espionage, warfare, international relations, diplomacy, and the media, readers will find information in the vast range of documents about social change across the world, about refugees and emigres, political upheaval, and an everyday history of a tumultuous century. …BBCM is not just a useful source for research but, in many ways, a guide to recent world history.”

“…this is one of the treasures of the world and a global resource deserves global recognition. Any citizen of the world can find something relevant to them in this material. This is a history of the world speaking to the world. …It's an amazing, amazing resource. It's as versatile as the person who asks it questions.”

“Readex’s Web-based America’s Historical Newspapers (c. 2004– ) offers a vast and ever growing digitized collection of American newspapers from 1690 to the present, and I draw the material for this article from Readex’s online database.”

“…Territorial Papers of the United States, offers ‘the official history of the states’ formative territorial years’….Documents, many of which are handwritten, ‘include official correspondence with Washington, Native American negotiations and treaties, military records, judicial proceedings, population data, financial statistics, land records, and more,’ making this an excellent resource for students and scholars of American history, frontier studies, Colonial studies, and Native American history….Summing Up: Highly recommended. Lower-division undergraduates through faculty.”

“Featuring excellently reproduced primary source documents in an easy-to-use format, this rare collection of religious texts provides a unique look at a significant period in early American history. The suggested searches allow for patrons or researchers, regardless of experience or knowledge, to make good use of the collection, while the textual analysis tool offers an extra layer of discovery. A valuable resource for institutions that support research in history, religion, political science, American studies, social studies, and other interdisciplinary studies.”

“The Readex online database America’s Historical Imprints has made important additions…sure to interest teachers and researchers….These four recent supplements…have drawn on photographic technology (producing high-resolution images) that will allow readers both to read more seamlessly and to obtain insight into the items’ textual materiality.  As such, these newly released supplements to the online archive are well suited for renewed application and appreciation in the classroom.

“The four recent supplements…are invaluable resources for the study of early decades of nineteenth-century America’s print and literary cultures. A few gems include beautifully illustrated botany texts, full-color maps, over two dozen previously unreleased editions of novels, an assortment of printed merchant notes and trade advertisements, and fascinating juvenile fiction and crime confessionals with ornately detailed woodcuts. The 2,000-plus available broadsides—now pristinely visible through the database—offer a glimpse into the materiality of the sheet’s paper grain while also repackaging these broadly popular forms into more readable format….These new releases have such an improved quality of textual imaging that they will not only encourage further scholarly endeavors into questions around textual materiality but also enhance student engagement.”

“The sheer size of these supplements is impressive; these thousands of texts offer a wealth of information reaching into every corner of early American life. The breadth of these supplements represents one of its main strengths, complemented by the excellent organization and the high-quality images.

“The subject list has two levels and includes everything from honeybees to gynecology to fairy tales. These subjects made the database very easy to browse, enabling users to easily discover new texts. The extensive subject list and types of works available lend themselves to undergraduate exploration of the archive….The databases make clusters of texts such as these easily available for exploration, prompting us to think about them in new ways….But the best part of these supplements is the way the wide range of materials situates the texts in the mundane, material world of early America….This is the rich potential of the database supplements, which are wonderful additions to the online archive and great assets to teaching early American literature.”

“For those that love mining for hidden historical gold in archival records, this database provides a level of access to the documents within the Territorial Papers record groups that would be unobtainable to most researchers previously. For others, those that are fond of the prior edited volumes, this database now will provide all of the associated records that relate to information found in what was previously published and should offer new insights into related documents that were largely inaccessible.”

Need to track the progress of a tribal treaty? Examine correspondence between territorial officials and Washington? Research accounts of battles and troop movements? Review records of agricultural and industrial production? Examine shipping records? Explore firsthand accounts of frontier life via letters and financial documents? Trace family histories using passenger lists? View petitions for statehood? All this and more can be done using Territorial Papers of the United States, 1764-1953.

“…a truly exceptional resource….The organization and formatting of the subject browsing category provides an excellent, easily navigable resource for new users or students exploring topics for a class project or research assignment….The broad coverage of The American Slavery Collection—materials that range from the lived experiences of enslaved peoples to nineteenth-century history textbooks and more—allows for a wide range of research on slavery and abolition in the nineteenth century….the digitization of more than three thousand printed materials on slavery from the vast holdings of the AAS is a phenomenal addition to the growing assortment of digital resources related to slavery.”

“…a treasure trove of early American metropolitan journalism, providing a rare glimpse into unique, short-lived, and often bawdy newspaper titles which found their glory days between the 1830s and 1850s. Akin to the tabloid presses of today, these publications often presented the seamier aspects of everyday urban society, often preaching against the very topics on which they reported. In the more than sixty papers available through the American Antiquarian Society, this collection represents some of the rarest of all American newspapers and contains unique research material for those in urban studies, women’s studies, criminal justice, Victorian society, and the literature of the nineteenth century. The latest Readex interface provides a variety of user options to view, search, and explore this array of visual ephemera and includes new and enhanced user features for scholarly research….

“The visibility and clarity of each article is truly stunning, since the database allows for significant detail and zooming options….The Flash Press Collection is made up entirely of primary source material, making it ideal for courses rooted in this type of historical examination and exploration….From the standpoint of accessibility and significance to scholarship and research, the value of this rare and unique primary source content cannot be overstated.”

“The layout and functionality of the database are simple but efficient….suggested topics offer comprehensive options for narrowing or broadening searches. For example, under ‘depictions of ethnic, racial, and religious groups in cast,’ there are 27 subjects found, including Arabs, Catholics, and Jews….Search results are retrieved quickly, and navigation is seamless. The plays are featured in their original form and wording, lending the database credibility. The digitalization quality of the works is outstanding, as is the database’s overall organization and functionality. The viewing options make for an effortless reading experience, and the content and play selections are thorough and balanced.

“…its interdisciplinary nature expands appeal to anyone researching the myriad aspects of 19th-century American life and culture. It provides a lens into not only what people read but also what they saw, and joins a long list of outstanding database products from Readex.”

"Established in 1902, the Johannesburg-based Rand Daily Mail was a key South African media publication. It was shuttered in 1985 because of its antiapartheid perspective. Readex has compiled every article, advertisement, editorial, cartoon, and photograph printed by the Rand Daily Mail, offering a new avenue for research on the turbulent history of 20th-century South Africa….Those studying journalism, communications, or 20th-century history will find this a valuable addition.”

"Propaganda and the Chinese Press presents a trove of articles published in communist newspapers between 1946 and 1996, compiled and translated into English by a U.S. organization that eventually became part of the CIA….The archive spans the rise of Mao Zedong to the aftermath of the Tiananmen Square protests and offers Chinese perspectives on the Korean War, the Cuban Missile Crisis, the Cultural Revolution the collapse of the Soviet Union, and more, as well as insights on political leaders worldwide….As with the Rand collection, this resource displays excellent article scans and is an overall helpful resource for anyone interested in Asian studies, media studies, Cold War and 20th-century history, political science, communications, and propaganda.” 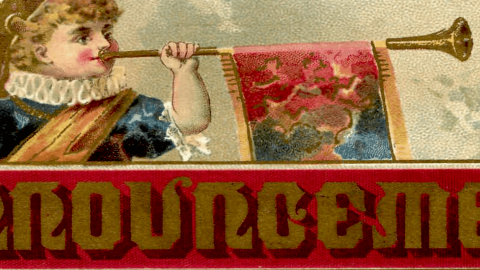