Supplement from the American Antiquarian Society, 1652-1800

Early American Imprints, Series I: Evans—the definitive online resource for researching every aspect of 17th- and 18th-century America—has been expanded. From the renowned holdings of the American Antiquarian Society, this new collection offers digital editions of more than 750 additional books, pamphlets, broadsides, maps and scores, many of which were not included in either Charles Evans’ monumental work, or Roger Bristol’s supplemental bibliography. Printed over the course of the American Colonial Era and the formation of the United States, these rare and unique items represent a second major enrichment of the Readex digital edition of Early American Imprints.

Rare and valuable printed items
This extensive collection is comprised entirely of works that fall into the scope of the original Evans and Bristol bibliographies (which formed the basis of Early American Imprints, Series 1: Evans, 1639-1800) but were either missed by Evans and Bristol, or were listed by Evans and Bristol but could not be found until now. For today’s students and scholars of early America, no other collection offers the opportunity to view previously unknown publications from the first 150 years of American history. Broad subject areas covered by these works include the Atlantic World, Cartography, Colonial History, Ethnic Studies, Gender Studies, Literature, Music, Revolutionary War and Sociology. The materials cover a wide range of important document types: histories, personal narratives, military records, government acts, expedition logs, treaties, maps, almanacs, children’s primers, criminal confessions, recipe books, poems, songs and speeches.

In partnership with the American Antiquarian Society
The American Antiquarian Society (AAS) is both a learned society and a major independent research library. The AAS library houses the largest and most accessible collection of books, pamphlets, broadsides, newspapers, periodicals, sheet music, and graphic arts material printed from first contact through 1876 in what is now the United States, Canada, and the West Indies. The library contains more than two-thirds of all known imprints created in America before 1821, making it the single greatest repository of such materials in the world. 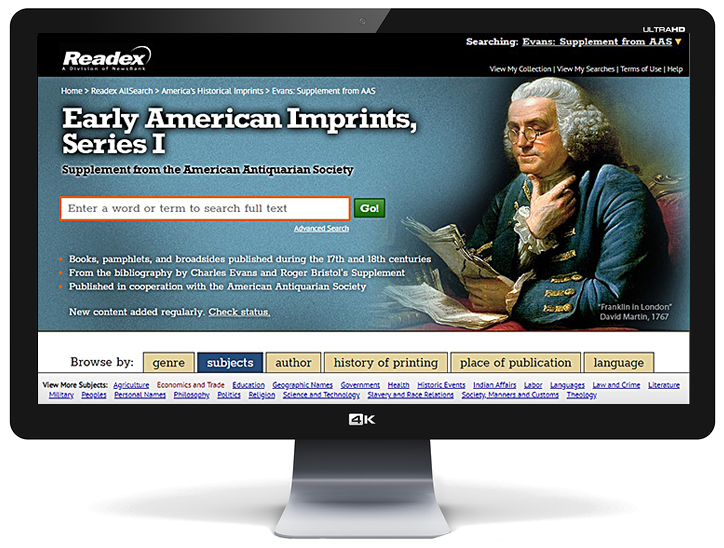 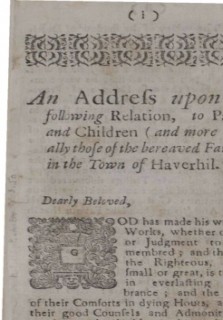 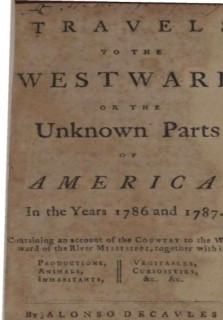 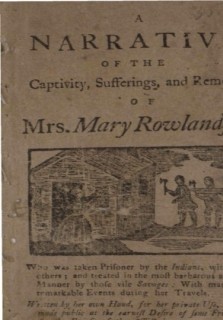 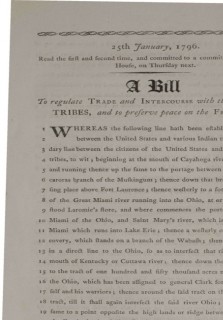 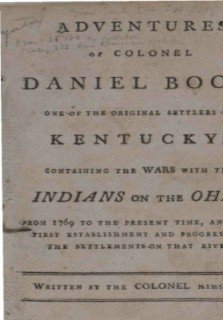 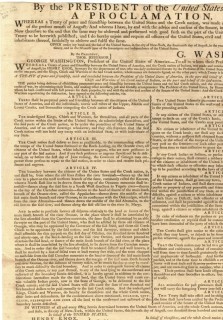 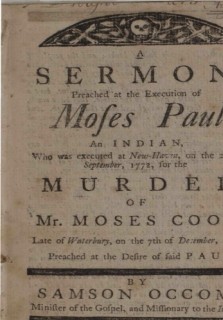 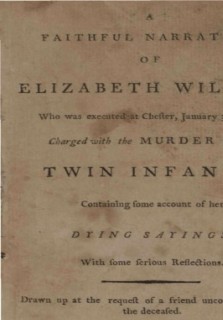 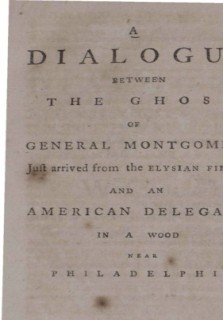 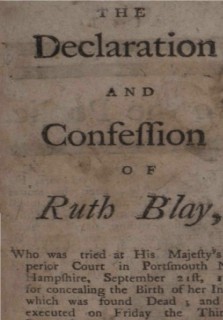 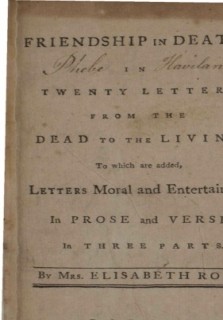 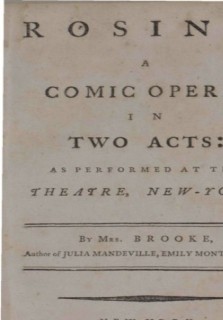 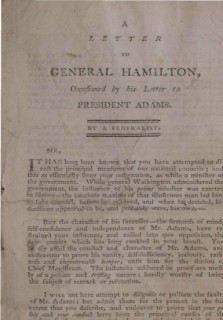 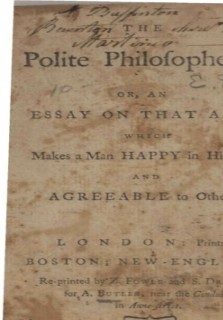 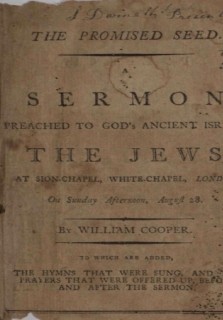 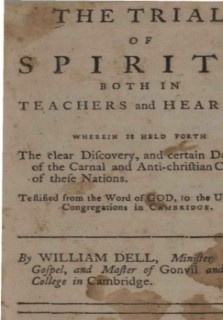 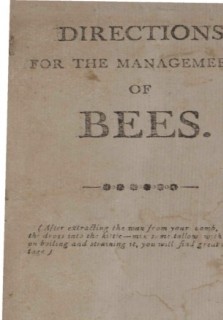 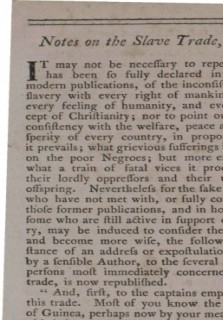 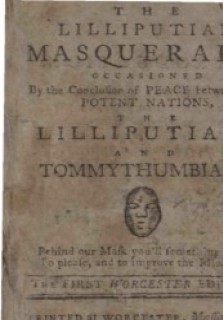 Virtually every book, pamphlet and broadside printed in early America 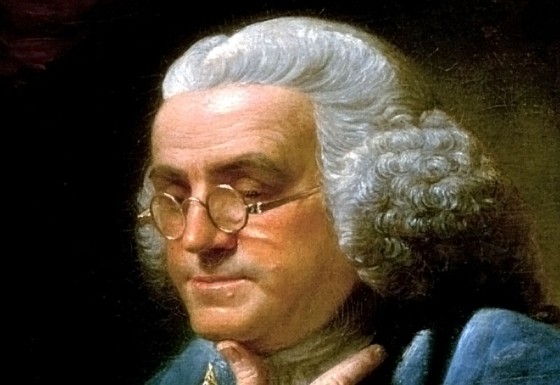 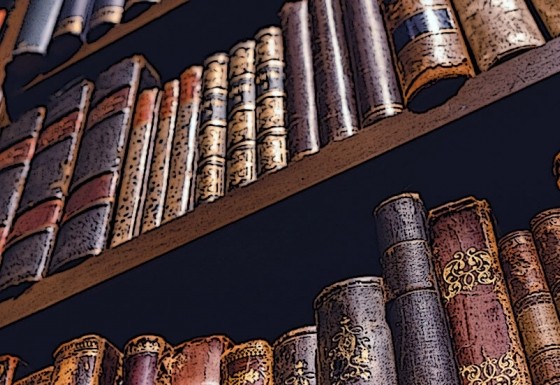 “The sheer size of these supplements is impressive; these thousands of texts offer a wealth of information reaching into every corner of early American life. The breadth of these supplements represents one of its main strengths, complemented by the excellent organization and the high-quality images.

“The subject list has two levels and includes everything from honeybees to gynecology to fairy tales. These subjects made the database very easy to browse, enabling users to easily discover new texts. The extensive subject list and types of works available lend themselves to undergraduate exploration of the archive….The databases make clusters of texts such as these easily available for exploration, prompting us to think about them in new ways….But the best part of these supplements is the way the wide range of materials situates the texts in the mundane, material world of early America….This is the rich potential of the database supplements, which are wonderful additions to the online archive and great assets to teaching early American literature.”
— Helen Hunt, Tennessee Technological University, in Early American Literature (2020)

Volunteer in the said expedition. A genuine account of the late grand expedition to the coast of France, under the conduct of the Admirals Hawke, Knowles, and Broderick, General Mordaunt, &c. To which is added, several humorous songs, epigrams, &c. wrote on the mock-expedition, French-fright, &c. 5th ed. New York, 1758.

Forrester, James, -1765. The polite philosopher: or, An essay on that art, which makes a man happy in himself, and agreeable to others. Boston, 1762.

Occom, Samson, 1723-1792. A sermon, preached at the execution of Moses Paul, an Indian, who was executed at New-Haven, on the 2d of September, 1772, for the murder of Mr. Moses Cook, late of Waterbury, on the 7th of December, 1771. Preached at the desire of said Paul. Boston, 1773. Variant ed. “printed and sold by John Boyles in Marlborough-Street.”

A Melancholy narrative of the late unhappy Samuel Brand, who was executed at Lancaster, in the province of Pennsylvania, on the 18th day of December, 1773. For the barbarous and inhuman murder, of his only brother. Containing a succinct account of his person, parentage, principles and temper:--Interspersed with some interesting reflections, moral and religious. Translated from the German. Lancaster, 1774. [AAS copy lacks p. 7-10, but is the only recorded copy of the only English language edition of this title.]

The Miscellany. Containing, among other matters of entertainment, some extraordinary stories of great men; in which are displayed the various capacities, virtues and vices of the human mind. Boston, 1788. [AAS copy lacks all after p. 24, but is the only recorded copy of this title.]

Brown, John, 1735-1788. The elements of medicine; or, A translation of the Elementa medicinae Brunonis. : With large notes, illustrations, and comments. Vol. I[-II]. Philadelphia, 1791. Imprint variant: “Printed by William Spotswood.”

Boone, Daniel, 1734-1820. Adventures of Colonel Daniel Boon, one of the original settlers of Kentucky; containing the wars with the Indians on the Ohio, from 1769 to the present time, and the first establishment and progress of the settlements on that river. Windsor, Vt., 1793.

Chetwood, W. R. (William Rufus), -1766. The voyages and adventures of Captain Robert Boyle, in several parts of the world. Intermixed with the story of Mrs. Villars, an English lady, with whom he made his surprising escape from Barbary. Likewise including the history of an Italian captive, and the life of Don Pedro Aquilio, &c. Describing various and amazing turns of fortune. New York, 1796. [A few pages mutilated and AAS copy lacks all after p. 254.]

A poem, descriptive of the terrible fire, which made such shocking devastation in Boston, on Friday evening…, Boston, 1787.

The last words & dying speeches of John Bly & Charles Rose who were executed at Lenox, in the county of Berkshire, 1788 (Shay’s Rebellion).

W. McMurray. The United States according to the definitive treaty of peace signed at Paris, 1784.

E. Ruggles, Map of the world drawn from the latest discoveries and best authorities, 1788.

The moment was sad Erin go Bragh and Ellen O'Moore, 1800.