Nearly every printed work, including sermons on politics, society, religion, and family life
Summary
Learn what makes this product unique
Download the flyer

In the 17th, 18th, and early 19th centuries, ministers and preachers delivered powerful weekly sermons that were often printed and distributed across the burgeoning colonies and towns of early America. In many communities, these sermons were the cornerstone of civic and political discourse, and played a pivotal role in shaping the culture, morals and politics of the British Colonies and the United States of America. American Sermons, 1652-1819, is the most comprehensive digital collection of these publications, providing more than 8,000 sermons printed between 1652 and 1819. Available in two series (1652-1795 and 1796-1819), this product offers text analysis tools, author biographies, and suggested search paths for easy browsing and discovery

A unique window into the American past
“The sermon has a range of eloquence that no other literary form can rival, though novelists, poets, playwrights, and secular orators have never stopped trying,” writes Yale professor Michael Warner. Indeed, sermons are widely regarded as the earliest and most enduring literary form in America—passionately delivered, keenly argued and concerned with both spiritual questions and reflections on civic duty. Almost any topic was fair game, from local gossip to slavery to witchcraft. As such, the sermons offer intriguing research opportunities for not only religious scholars and historians, but anyone interested in the daily life, politics, society, child-rearing and educational systems of early America. Additionally, these sermons provide contemporary cultural commentary on a range of important historical events, from the American Revolution to the abolition movement to immigration debates.

A comprehensive resource for many courses
This one-of-a-kind resource is derived from the holdings of the American Antiquarian Society, Library Company of Philadelphia and many other institutions. Created for courses in religious studies, history, sociology, literature and other disciplines, it features work by seminal American preachers like Cotton Mather and Jonathan Edwards. Also included are hundreds of sermons by influential clergymen in England and the rest of Europe, as such sermons were often printed by American publishers.

Among the essential works found in American Sermons, 1652-1819, are the famous “Sinners in the hands of an angry God,” by Jonathan Edwards; “Heaven’s alarm to the world. Or a sermon, wherein is shewed that fearful sights and signs in heaven are the presages of great calamities at hand,” by Increase Mather; “On female excellence. Or, A discourse in which good character in women is described; and the worth and importance of such character contemplated,” by Amos Chase; “On the inhumanity of the slave-trade, and the importance of correcting it,” by William Patten; “On the early treatment of children,” and more than 8,000 others. 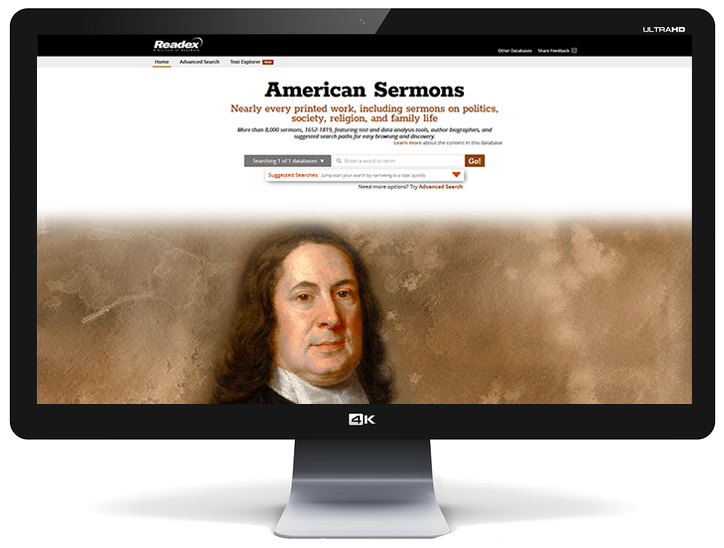 “…excellently reproduced…”
“…this rare collection of religious texts provides a unique look at a significant period in early American history.” 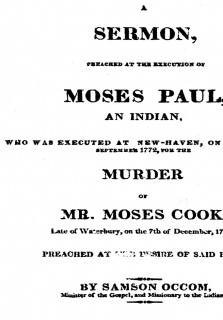 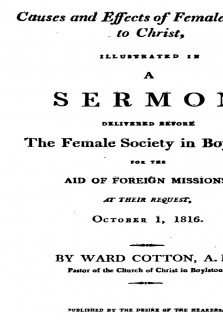 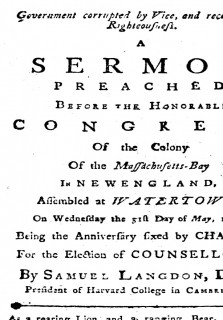 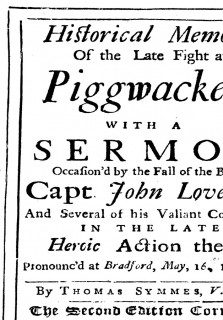 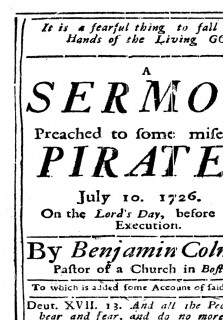 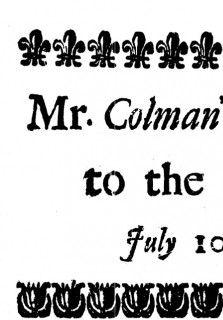 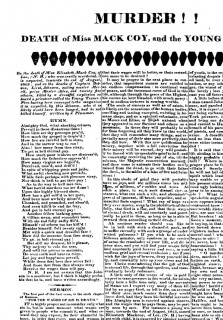 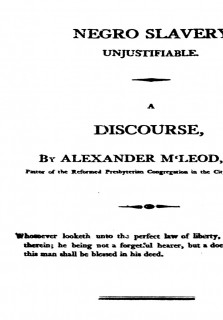 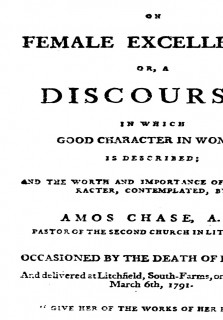 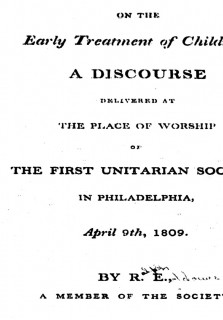 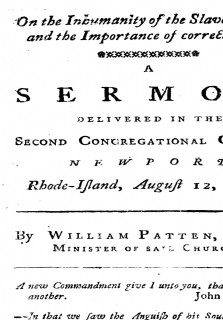 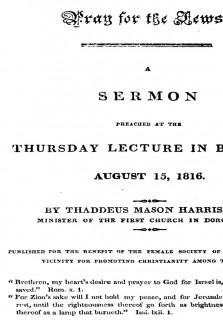 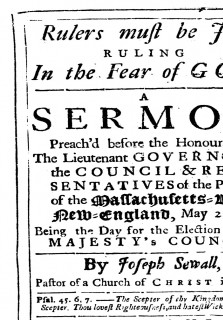 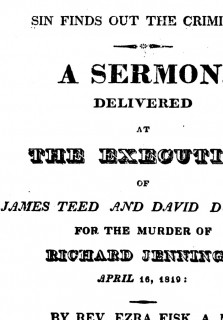 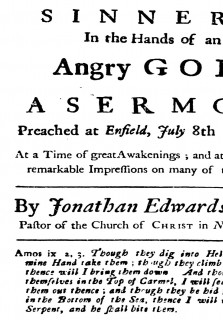 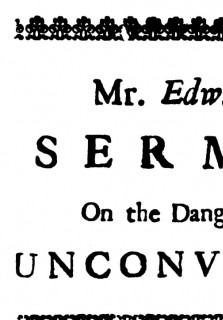 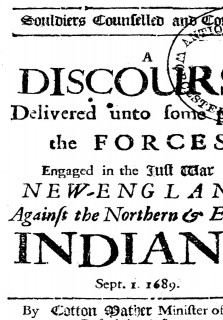 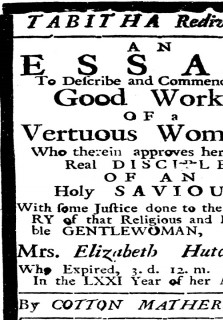 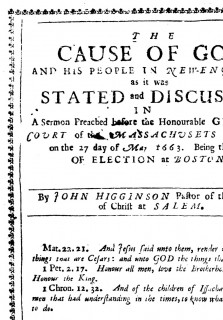 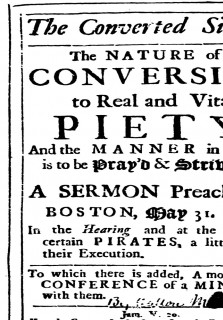 Nearly every printed work, including books for entertainment, instruction, education, devotion, and play 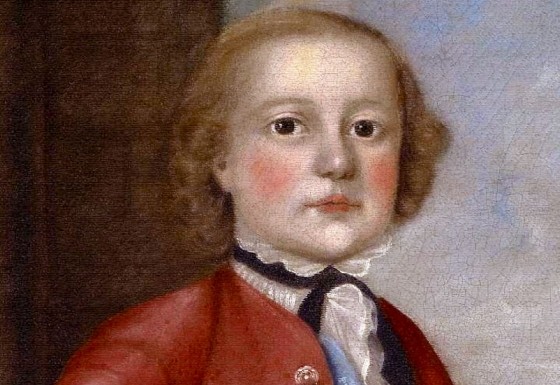 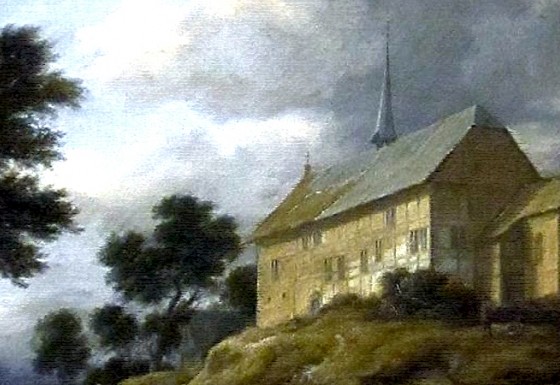 “Featuring excellently reproduced primary source documents in an easy-to-use format, this rare collection of religious texts provides a unique look at a significant period in early American history. The suggested searches allow for patrons or researchers, regardless of experience or knowledge, to make good use of the collection, while the textual analysis tool offers an extra layer of discovery. A valuable resource for institutions that support research in history, religion, political science, American studies, social studies, and other interdisciplinary studies.”
— Library Journal (November 2020)