Supplements from the Library Company of Philadelphia, 1670-1819

Early American Imprints, Evans and Shaw-Shoemaker—the definitive resource for researching every aspect of 17th-, 18th-, and early 19th-century America—have been dramatically expanded. From the acclaimed holdings of the Library Company of Philadelphia comes a broad range of recently uncovered books, pamphlets and broadsides, most of which were not included in Charles Evans’ monumental work, Roger Bristol’s supplement, or "American Bibliography, 1801-1819" by Ralph R. Shaw and Richard H. Shoemaker. Printed during a century and a half of American life, spanning the colonial era, the formation of the new nation and the Early Republic, these 2,000 rare and unique items represent a remarkable enrichment of Early American Imprints.

Newly discovered printed materials for exploring America
Fully integrated with Early American Imprints: Evans and Shaw-Shoemaker, these Supplements include items relevant to a host of humanities topics and are representative of numerous genres of colonial print, many emanating from the middle and lower orders of society. The fragile bound books, as a result of their popularity, are generally unknown today because they were read repeatedly until they disintegrated. Among these are guide books to the perplexities of life, which served to shape individual and community identities. The pamphlets, often containing writing of considerable significance, contain sermons, religious tracts, political arguments, reports of organized bodies and other influential items. The broadsides—which capture a slice of life, unedited for posterity—include doggerel ballads, advertisements, official decrees, news extras, amateur elegies and more.

Extensive indexing and easy browsing
Every item in Early American Imprints: Supplements from the Library Company of Philadelphia is expertly cataloged. Both Supplements are fully integrated into America’s Historical Imprints and are cross-searchable with all other Archive of Americana collections. In addition, MARC records are available. 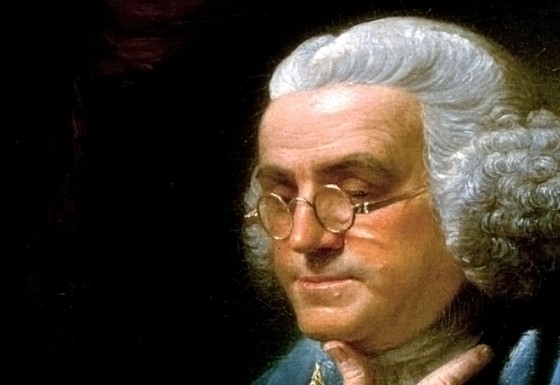 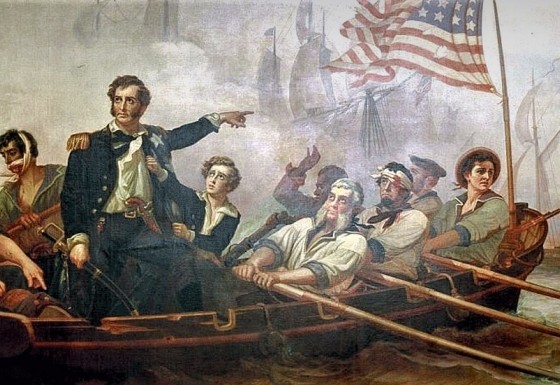 “Early American Imprints, Series II: Shaw-Shoemaker, 1801-1819, an impressive digital collection of books and other published sources...has been an invaluable aid for students and researchers of American history, literature, political science, and related fields, and now Readex has expanded the coverage...by adding new material from the holdings of the Library Company of Philadelphia (LCP)....While the titles in the main Shaw-Shoemaker collection document the range of American book publishing during the formative years of its independence, this supplement adds some unique items scanned from the LCP’s archives that add new dimensions to our understanding of the life and times of that era. The intriguing content and the sharp, full-colour digital images make this supplement a worthwhile addition for libraries subscribing to the Shaw-Shoemaker series....

“The supplement also contains many assorted printed sheets such as broadsides, deeds, price lists, lottery tickets, maps, patent licenses, newspaper clippings, obituaries, illustrations, playbills, promptbooks, and other rarities; these sources are invaluable to researchers seeking that fugitive documentary evidence of daily life to add to what is known of that time from the bibliographic records in the Shaw-Shoemaker inventory....Readex has significantly enhanced its image viewer for optimal clarity and ease of download....Libraries that already have the major products in the Archive of Americana line will be most interested in the small but rich supplementary packages Readex is making available.”
— David D. Oberhelman, Professor, Humanities and Social Sciences, Edmon Low Library, Oklahoma State in Reference Reviews (Volume 26, Issue 8)

"This collection is a worthy supplement to Readex's Early American Imprints, Series I: Evans (1639-1800). It contains nearly 1,100 books, pamphlets and broadsides from the Library Company of Philadelphia, America's first successful lending library, founded by Benjamin Franklin in 1731. Most of these items were not included in either Charles Evans's monumental American Bibliography or Roger Bristol's supplement.

"All the Early American Imprints series and their supplements are integrated and fully searchable with the powerful Readex search engine. One can also browse by genre, subject, author, language, place of publication, and history of printing. Subjects include a wide range of subdivisions under the general headings of economics and trade; government; health; history; labour; languages; law and crime; literature; military; peoples; philosophy; politics; religion, science and technology; society, manners and customs; and theology. The history of printing option is particularly interesting as it lists printers, publishers, and booksellers alphabetically.

"There are several genres that differ from those in the main Early American Imprints series. They include academic dissertations, almanacs, bills of landing, blank books and forms, broadsides, campaign literature, captivity narratives, deeds, epitaphs, fairy tales, grammars, insurance policies, invoices, letters, lottery tickets, maps, marriage licenses playbills, plays, price lists, sheet music, songs, speeches, and stock certificates in addition to a wide variety of other more traditional types of publications. While there is much ephemeral material in this collection, it is a valuable mine of material for researchers studying social history during the seventeenth and eighteenth centuries. Many of the originals are very fragile and generally unknown today because they were read repeatedly until they disintegrated."
— Norman Desmarais, Providence College in Reference Reviews (Vol. 26, No. 4, 2012)

"Early American Imprints, Series II (EAI II), featuring books, pamphlets, state papers, presidential papers, government resolutions, and broadsides published in the US from 1801 to 1819, is based on Shaw and Shoemaker's American Bibliography 1801-1819, the unique, classic 56-volume successor to Evans's American Bibliography, 1639-1800. The database also corresponds to the microfilm set of the same name, from which the documents were digitized using OCR technology. Shaw-Shoemaker is supplemented by what Readex describes as "nearly 1,000 rare and unique" items, including sermons, tracts, and reports of societies "recently uncovered" from the Library Company of Philadelphia. With their status listed as complete, with the exception of five items yet to be made available, EAI II and its supplement provide full-text access to some 37,000 items. The database scheme will be familiar to those who own other Readex products. Users may browse the imprints by 140 genres that include Acrostics, Imaginary Voyages, Library Rules, and Slave Narratives; by 16 broad subject categories that include Religion, Labor, and Health; and by authors, printers/publishers/booksellers, places of publication, and languages.

"From the initial results list, full citations and facsimile pages are available. A View Found Pages link retrieves pages in which the full-text search terms appear. The highlighting of search terms in yellow, a default setting, may be turned off. Depending on the imprint, current pages may be viewed and downloaded as bitonal PDF, color PDF, TIF, or JPEG files. The entire document, selected pages, or illustrations only may be downloaded and saved as PDFs. Pages contain the usual OCR recognition mistakes, which are further aggravated by the age and condition of the original materials. The resulting search and retrieval problems can be mitigated somewhat by awareness and clever searching. MARC records are available. As part of Readex's "America's Historical Imprints" platform, the database can be cross-searched with American Broadsides and Ephemera, Series I (CH, Sep'06, 44-0001); Early American Imprints, Series I: Evans, 1639-1800 (CH, Nov'04, 42-1269); and Early American Imprints, Series I: Supplement from the Library Company of Philadelphia, 1670-1800. The original print bibliography and microfilm set are significant, proven sources for historical research. This database will be a boon for libraries that can afford it. The increasing emphasis on primary sources in undergraduate courses, along with students' unwillingness to use print and microform sources, adds to the pressure to purchase. Summing Up: Recommended. Lower-level undergraduates and above."
— J. Drueke, University of Nebraska-Lincoln, in Choice (Sept. 2011)

"This astonishing number of newly discovered books, broadsides and pamphlets from the Library Company of Philadelphia are an invaluable resource to scholars. Their addition to the Readex digital editions of Early American Imprints, Series I and II: Evans and Shaw-Shoemaker will greatly expedite scholarship in American history, literature, and culture generally. Those familiar with the major U.S. repositories of print culture know how unusual it is when any institution adds even a handful of hitherto unknown items to its shelves. Indeed, given the sophistication of the libraries who compiled the extant databases, it seems astonishing to consider that the Library Company has so many such items to add.

"More significant yet is the nature of the materials. When one peruses the humanities themes and issues addressed by these previously uncatalogued items, one realizes what a boon to researchers—and a national treasure—the Library Company will now make widely accessible through the Readex Early American Imprints. By supplementing such categories as captivity narratives, crime literature, and broadside elegies and ballads, for example, resources for studying Native American history, the sociology of deviance, and popular culture, respectively, will be greatly increased. Add such remarkable treasures as a hitherto unknown printing of the African American poet Phillis Wheatley's first poem and the earliest book having been known to belong to a slave and we begin to see the vast range of American culture that this collection uncovers."
— Philip F. Gura, William S. Newman Distinguished Professor of American Literature and Culture, University of North Carolina at Chapel Hill

“These pre-1820 printed materials from the Library Company of Philadelphia—now to be nestled among the Readex digital editions of Early American Imprints, Series I and II—are of high importance for the study of the first half of American history, literature and correlative disciplines. Second only to the American Antiquarian Society’s holdings, the Library Company’s collection of early American imprints, boosted by the recent acquisition of the Zinman collection, adds a flood of unusual materials that are particularly important in studying popular culture. Broadside elegies composed to honor a person suffering a tragic death, ballads sold by street hawkers, political petitions and handbills and Indian captivity narratives are among these rare materials that lead us into the lives and thoughts of ordinary Americans.”
— Gary B. Nash, Professor of History Emeritus and Director, National Center for History in the Schools, University of California, Los Angeles

“This digitized supplement to Early American Imprints does more than fill gaps with its unique items. It's chock full of amazing broadsides and one-of-a-kind items that will broaden student research papers and handsomely illustrate journal articles yet to be written. Graduate students will finally have access to these unusual essentials—intriguing sources that vibrantly illustrate life in early America. No library should be without it.”
— Sally Hadden, Associate Professor of History and Courtesy Professor of Law, Florida State University

"Excavated from the extensive holdings of the Library Company, this Supplementto the Evans and Shaw-Shoemaker collections is an archival treasure: varied, substantial, and with some startlingly unique titles. It will gain immediate attention and use by literary and cultural historians, especially those engaged in researching (the often under-studied) literatures and cultures of middling and common folk. This addition should help all scholars of colonial and early-19th-century America articulate the content and meanings of 'popular culture' with greater precision and depth."
— Philip Gould, Professor of English, Brown University

"Though few of my students will ever conduct research in person at the Library Company of Philadelphia or the Historical Society of Pennsylvania, they now, thanks to Readex, can have access to these world-renowned collections by simply going to the college computer lab or logging in from their dorm room. Undergraduate research in early American history just got a whole lot easier. Somewhere Ben Franklin is smiling."
— John Fea, Associate Professor of American History, Messiah College