For decades the official newspaper of the Communist Party of the Soviet Union, Pravda was widely read both within the Soviet states and by foreign diplomats, politicians, and intelligence agencies. Researchers have long considered Pravda a bellwether of Soviet thought, yet access to the paper’s archives has been limited to those who could read Russian or travel to find it on microfilm. Now, with Readex’s Pravda Archive, 1959-1996, this important trove of primary source documents is available in English via a fully searchable digitized collection.

The only digital English translation of the Pravda archive
From 1959 to 1996, a U.S. government organization that became part of the CIA carefully monitored Pravda, collecting and translating into English many of its important published articles. These translated documents are now available through Pravda Archive, 1959-1996—an essential digital resource for students and scholars studying the Cold War and beyond. From the escalation of nuclear tensions to their eventual de-escalation and the collapse of the Soviet Union, Pravda Archive offers new insight into Soviet and world history. Also found here are Pravda articles published after the dissolution of the Soviet Union at the end of 1991; this coverage reflects the stance of Russia’s conservative-nationalist opposition.

Fresh insight into 20th-century history
Although its name means “truth” in Russian, Pravda was a mouthpiece for Kremlin leaders, from Khrushchev to Gorbachev to Yeltsin. It distributed their ideas, policies, and propaganda to some 11 million readers at its peak ,“and spoke with… absolute, leaden authority,” wrote a major American newspaper. Yet despite its heavy-handed approach, Pravda remains an essential resource for understanding Communist thought and Soviet perspectives on major 20th-century events, including the Korean and Vietnam Wars, the Cuban missile crisis, the fall of the Berlin Wall ,and the collapse of the Soviet Union.

An essential research tool for a range of disciplines
Students and scholars researching the Cold War, 20th-century history, international relations, political science, communication and propaganda, Russian studies, and more will find a wealth of information to advance their work in Pravda Archive, 1959-1996. The interface enables users to target their searches or easily browse the collection through a broad range of topics, unlocking a wealth of teaching and research opportunities. 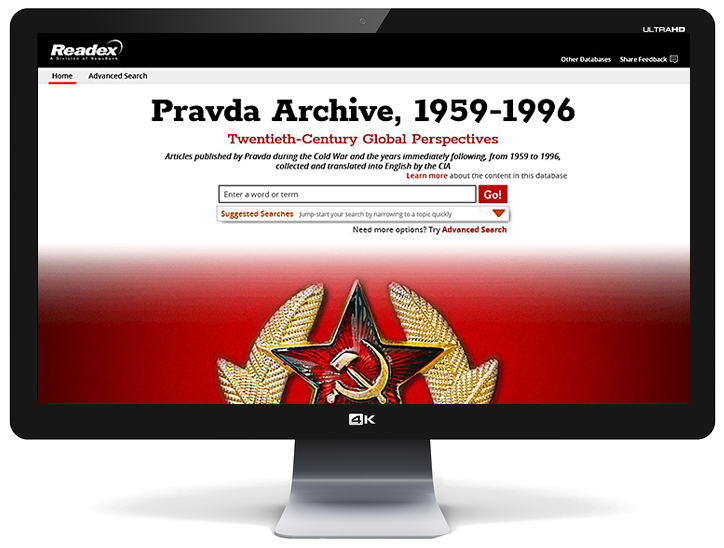 New insight
The only digital English translation of Pravda, the widely read bellwether of Soviet thought 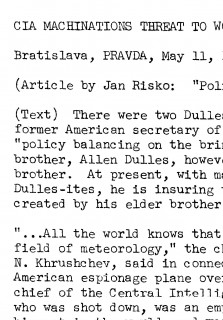 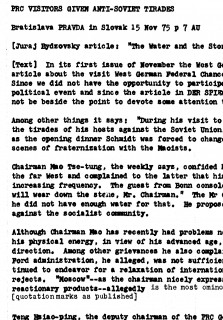 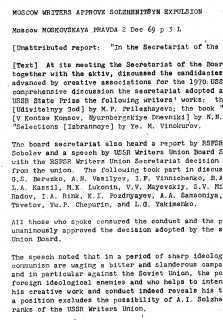 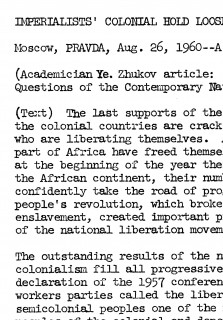 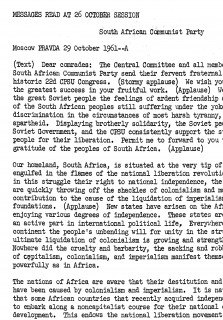 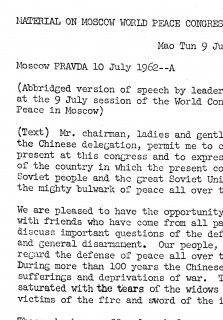 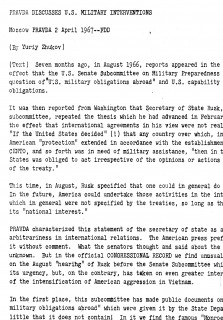 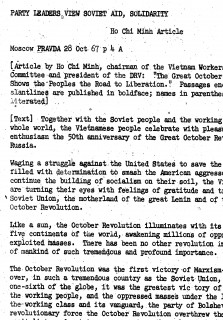 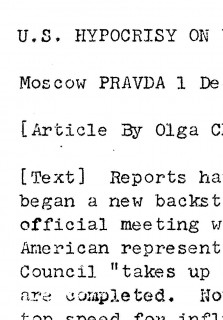 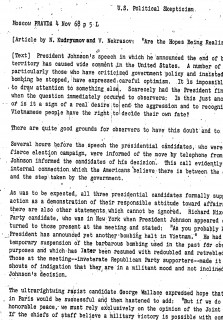 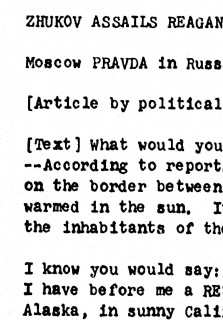 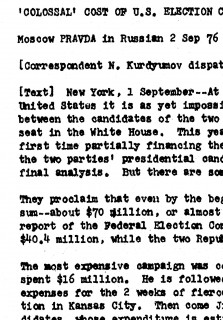 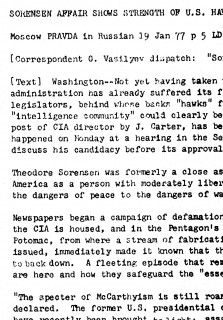 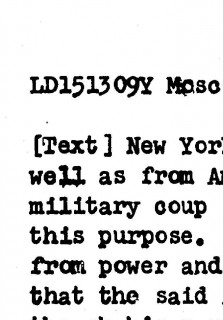 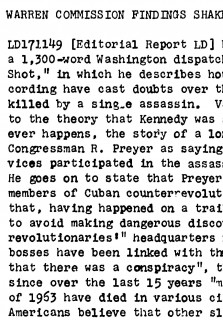 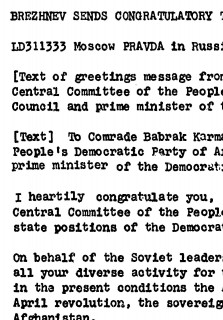 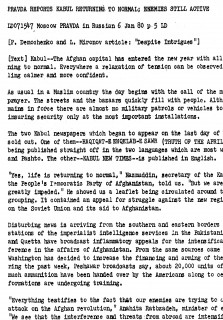 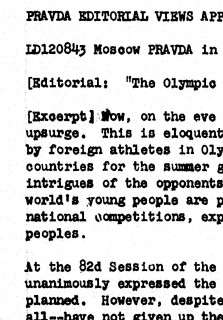 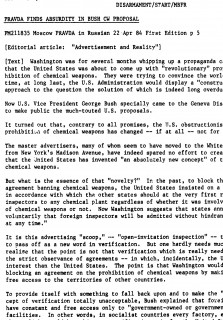 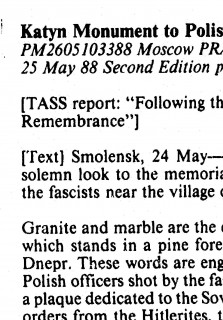 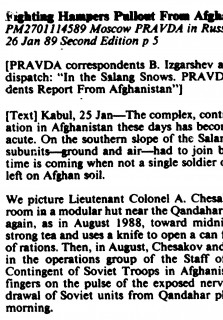 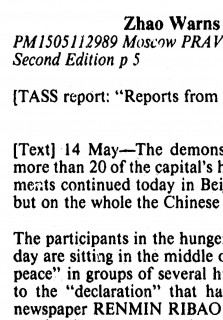 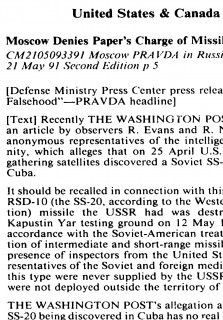 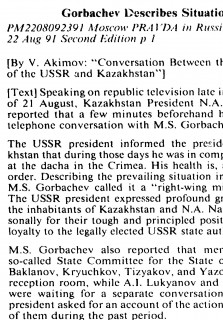 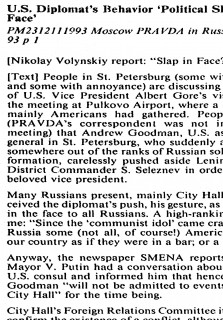 Tell your Library
Recommend this product to your institution
Also of Interest
Frequently acquired with Pravda Archive, 1959-1996: Twentieth-Century Global Perspectives
The Cold War, 1945-1991 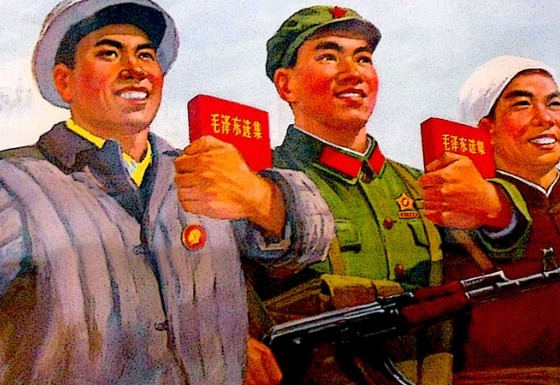