‘A warning to all wicked people”: Highlights from the newest supplement to Early American Imprints, Series II

Recently released material from Early American Imprints, Series II: Supplement 3 from the American Antiquarian Society, 1801-1819, includes these three exceptionally rare printed works: an illustrated book of children’s games, a handbook offering methods of clairvoyance, and a tale of the perils suffered by drunkards and blasphemers. 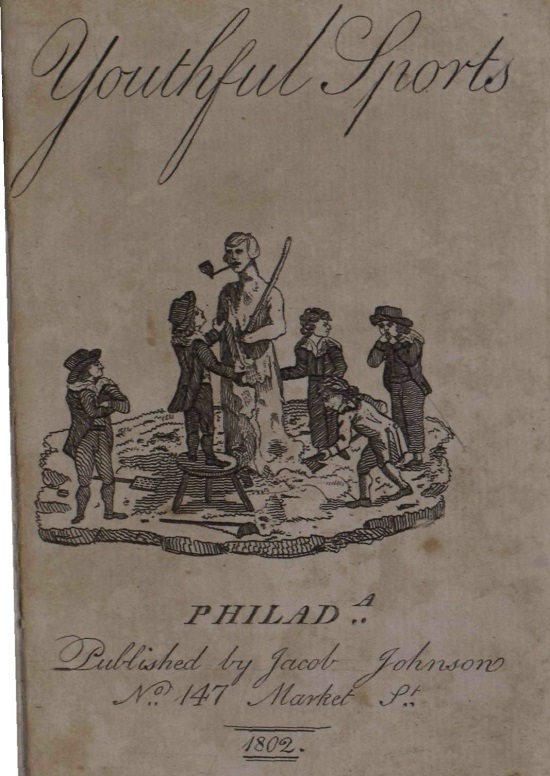 In addition to its detailed images of carefree children at play, this imprint includes a warning to boys playing with weapons.

Bows and arrows are not so commonly in use as they were formerly, and when little boys get them, they are not always sufficiently careful how they use them. I knew a little boy who had one of his eyes shot out by an arrow, which his companion unthinkingly aimed at him. Those who are allowed to use the bow, ought to shoot at some mark, or at the trunk of a tree; but never at little birds, as it is very cruel to hurt harmless creatures. 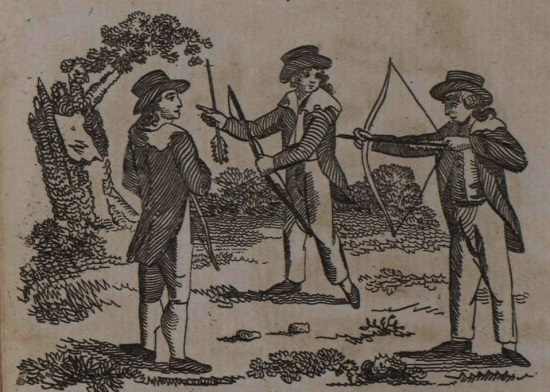 The discussion of cricket offers this heeding:

This play requires more strength than some boys possess, to manage the ball in a proper manner; it must therefore be left to the more robust lads, who are fitter for such athletic exercises. It must be allowed to be good diversion, and is of such note, that even men very frequently divert themselves with it. Bat and ball is an inferior kind of cricket, and more suitable for little children, who may safely play at it, if they will be careful not to break windows. 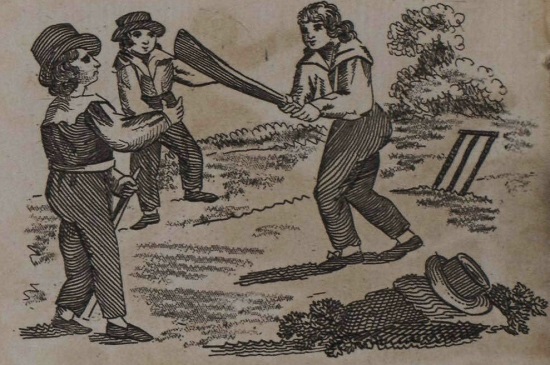 The Complete Fortune-Teller: or an Infallible Guide to the Hidden Decrees of Fate. Being a New and Regular System for Foretelling Future Events by Astrology, Physiognomy, Palmistry, Moles, Cards, Dreams (1808) 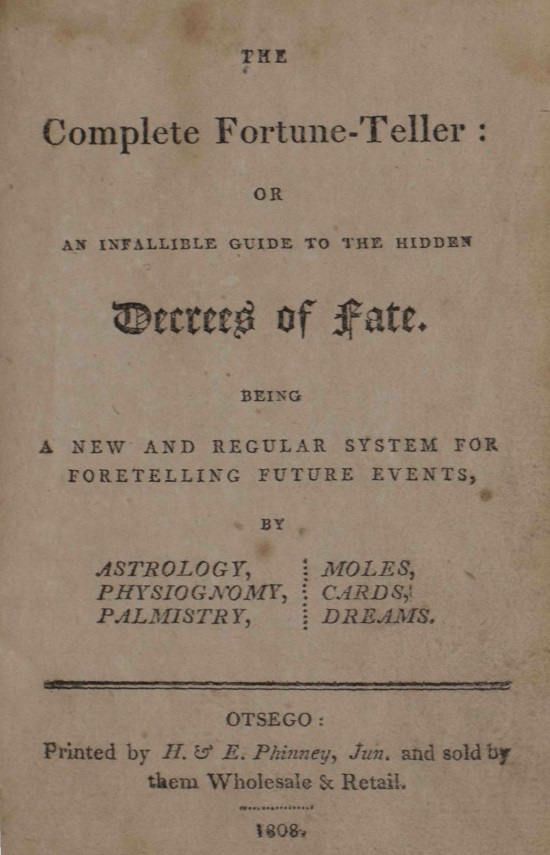 This handbook of pseudoscience, subtitled “An infallible guide to the hidden decrees of fate,” references astrology, physiognomy, palmistry, moles, cards, and dreams. The preface, although written more than two centuries ago, is strikingly similar to what one would find in a modern publication on these topics. One notable difference is the eloquence.

The knowledge of futurity has ever been considered as an object of peculiar advantage. We find Kings and States, as well as individuals, aiming at this knowledge, and paying liberally for the answers they received: The same curiosity is yet alive, and deserves attention now as much as at any former period, and our æra has this singular precedence over all those that went before, that the prognostics now giving, are not attended with that duplicity which characterized the ancient responses: they are plain, clear, and full; we can with truth aver, that, in the course of a practice of forty years, we have never known them to fail.

This confidence continues in the introduction.

Ever since the world began, a laudable curiosity has excited all ranks of people, in all countries, to know the events, vicissitudes, the turns of good and bad fortune which were to happen to themselves, as well as to their acquaintances; the most eminent philosophers, the keenest wits, and most penetrating politicians, nay, kings themselves have made different branches of this science their peculiar study. Some of them have generously given the fruits of their labors and searches to the public, but in a style so embarrassed with scientific words, that the greater parts of readers cannot understand them; and thus the object they proposed to themselves is in a great measure lost; and experience of upwards of forty years has enabled us to penetrate into the deepest secrets of an art, which, however despised and depreciated by some, we have found to be of the utmost utility to our neighbors, and indeed to all those who have consulted us.

The Second Spira: or the Blaspaemers Justly Reproved (1808) 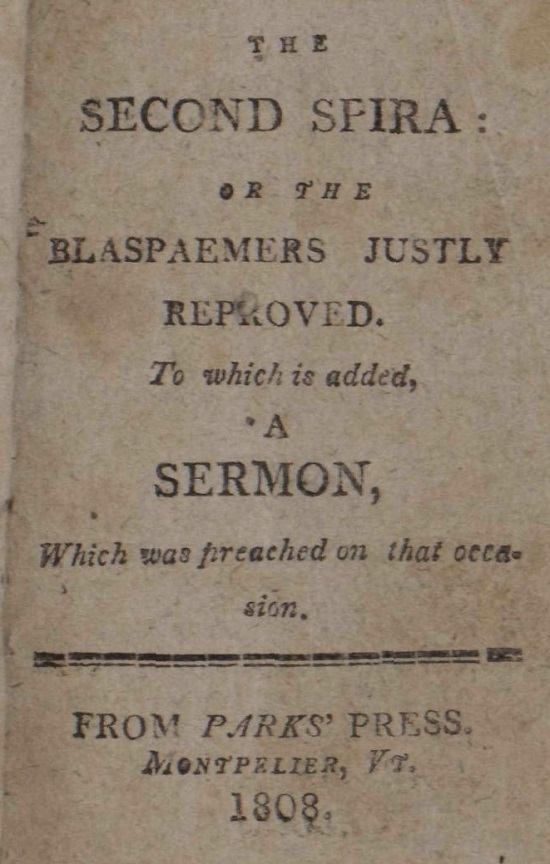 Subtitled “The blasphemers justly reproved,” this cautionary tale begins by worrying “this World is come to such a wicked pass, that both young and old are so prone to sin and wickedness, that one can hardly go along the streets, but they may hear horrid cursing and swearing…” Focusing his concern on specific people, the author continues:

…six very profane and blasphemous young men, whose parents being in good circumstances, and very well to live in the world, brought them up to good learning; but they gave themselves over to all manner of vice and wickedness, such as cursing, swearing, blaspheming, and renouncing the blessed Jesus. They would often be saying one to the other, that they did not believe there was either God or Devil; and they had often times heard their Parents talk of receiving the sacrament (that blessed communion) but they did not believe it signified any thing to them, for they believed it was as well to receive it in the name of the D-l as in the name of G-d, for they did not think or believe that there was either one or the other.

During a drunken night of “cursing and swearing in a most horrid and terrible manner” the men found their way to the church yard where they “went on in a blasphemous manner to take the sacrament in the name of the Devil.” In spite of an unknown voice warning them to repent, they:

…went on in their wicked design; and no sooner had they begun, but there was heard most dreadful and astonishing cries and bellowings, with many dismal groans, enough to melt a heart of stone; which struck such a dreadful surprise on the Rev. Mr. Simmons, and all his family, who lived near the church-yard, that they could not lie at ease in their beds: Upon which he went into the church-yard, and there he saw the bread and wine, but none of the young men till the next morning, when he and his family went into the church-yard again, and there they saw John Williams: and Henry Crosby, lying blind behind the church yard wall, in a most deplorable condition, with blood running out of their mouths and ears; the rest were found in a field at another corner of the church-yard, in the like miserable circumstances, to the great grief of their afflicted parents. Thus, I hope will be a warning to all wicked People…