‘Anarchy to be followed by Despotism’: Highlights from The American Civil War Collection, 1860-1922 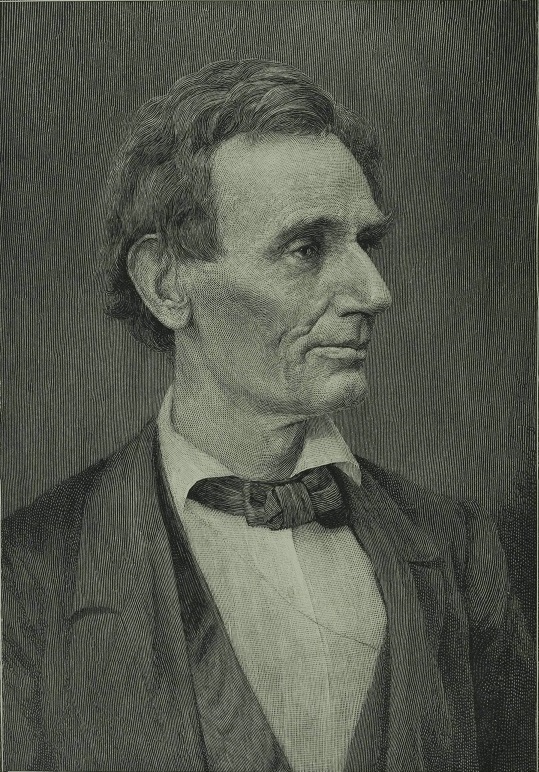 The January release of The American Civil Collection, 1860-1922: From the American Antiquarian Society includes a trove of reflections on the Civil War and its aftermath. Also found in this release is the influential ten-volume biography of Abraham Lincoln co-written by his two personal secretaries during the Civil War. 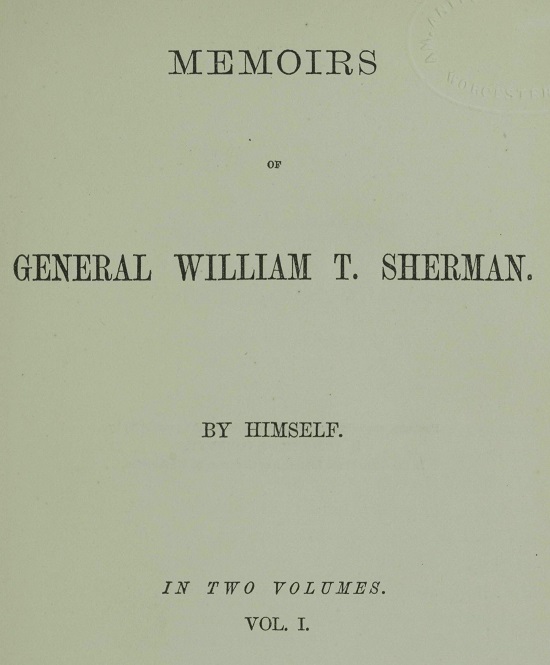 Whether celebrated for his role in the Vicksburg and Chattanooga Campaigns or criticized for his scorched-earth policy through Georgia and South Carolina, William Tecumseh Sherman (1821-1891) offers essential, firsthand perspective on the American Civil War.

Sherman disputes the conventional wisdom on the Battle of Shiloh, writing:

General Grant did not make an official report of the battle of Shiloh, but all its incidents and events were covered by the reports of division commanders and subordinates. Probably no single battle of the war gave rise to such wild and damaging reports. It was publicly asserted at the North that our army was taken completely by surprise; that the rebels caught us in our tents; bayoneted the men in their beds; that General Grant was drunk; that Buell’s opportune arrival save the Army of the Tennessee from utter annihilation, etc.

Sherman goes on to describe his conversations with Ulysses Grant throughout the day culminating in a discussion just before dark in which Grant:

…described the last assault made by the rebels at the ravine, near the steamboat-landing, which he had repelled by a heavy battery collected under Colonel J.D. Webster and other officers, and he was convinced that the battle was over for that day. He ordered me to be ready to assume the offensive in the morning, saying that, as he had observed at Fort Donelson at the crisis of the battle, both sides seemed defeated, and whoever assumed the offensive was sure to win. General Grant also explained to me that General Buell had reached the bank of the Tennessee River opposite Pittsburg Landing, and was in the act of ferrying his troops across at the time he was speaking to me.

Sherman recalls Buell’s forces taking part in the following day’s offensive but disputes there was any danger of his army’s destruction. He cites two reasons for the persistent misrepresentations.

Nevertheless, the controversy was started and kept up, mostly to the personal prejudice of General Grant, who as usual maintained an imperturbable silence.

After the battle, a constant stream of civilian surgeons, and sanitary commission agents, men and women, came up the Tennessee to bring relief to the thousands of maimed and wounded soldiers for whom we had imperfect means of shelter and care. These people caught up the camp-stories, which on their return home they retailed through their local papers, usually elevating their own neighbors into heroes, but decrying all others. 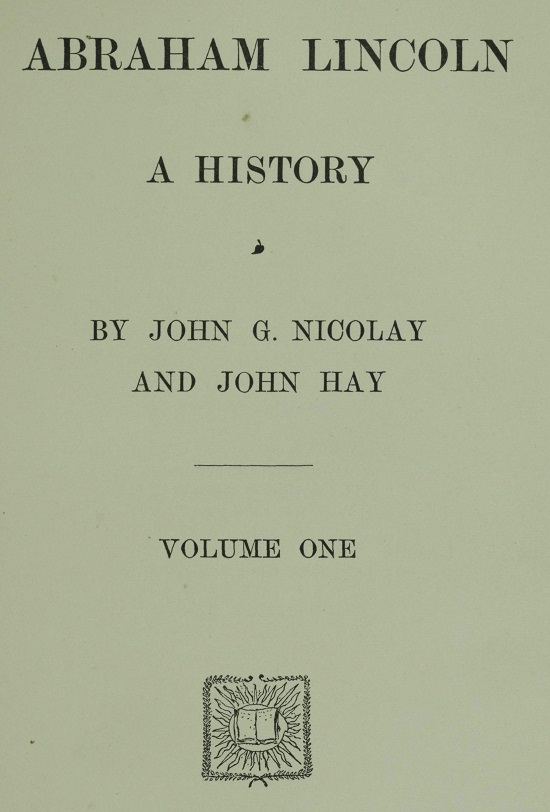 The first official act of the Lincoln Administration was to appoint John George Nicolay (1832-1901) as the president’s private secretary. Nicolay retained this position until Lincoln’s death and would later serve as U.S. Consul at Paris and Marshal of the United States Supreme Court. John Hay (1838-1905) also served as Lincoln’s private secretary and assistant. Like Nicolay, Hay remained in government after Lincoln’s death and would become the 37th U.S. Secretary of State.

The authors are not bashful in their laudatory presentation of Lincoln’s life, noting, “It is the almost unbroken testimony of his contemporaries that by virtue of certain high traits of character, in certain momentous lines of purpose and achievement, he was incomparably the greatest man of his time.” They continue, eulogizing:

If history had said its last word, if no more were to be known of him than is already written, his fame, however lacking in definite outline, however distorted by fable, would survive undiminished to the latest generations. The blessings of an enfranchised race would forever hail him as their liberator; the nation would acknowledge him as the mighty counselor whose patient courage and wisdom saved the life of the republic in its darkest hour and illuminating his proud eminence as orator, statesman, and ruler, there would forever shine around his memory the halo of that tender humanity and Christian charity in which he walked among his fellow countrymen as their familiar companion and friend.

While their focus remains on Lincoln, Hay and Nicolay offer extensive historical context. In discussing the failure of politics that preceded the American Civil War, they subtly juxtapose the demeanors and political acumen of Presidents Buchanan and Lincoln.

Since the beginning of these new troubles, especially since the discussion and issuing of his message, President Buchanan had been anxious and ill at ease. He could not shut his eyes to the fact that in South Carolina, at least, the tide of revolution was steadily rising. He appears to have dimly felt that his official responsibility and honor were somehow involved; and since he had reasoned the executive power into nothingness, the idea suggested itself to his mind that a little friendly expostulation at least was due from him. Under some such impulse he wrote the following letter to Governor Pickens…to see if he might not exert a personal influence upon the malcontents, who paid no heed to any wishes or interests but their own.

Personal Recollections and Observations of General Nelson A. Miles (1896) 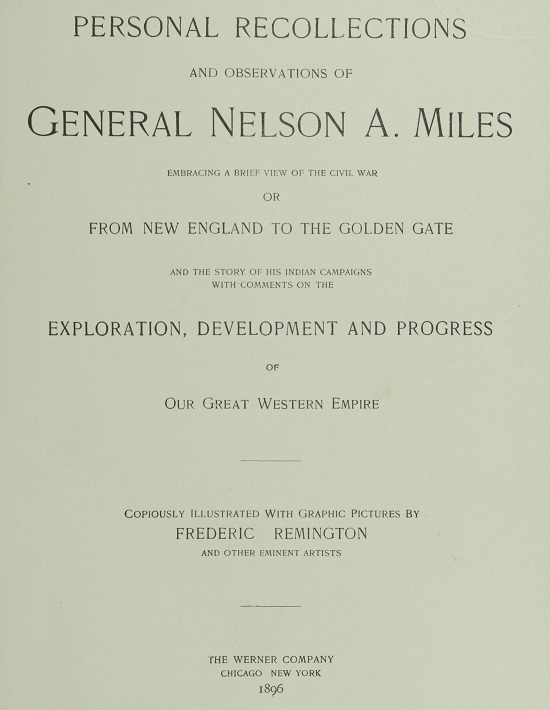 Nelson Appleton Miles (1839-1925) began his military career as a Union Army volunteer in September 1861 and rose to become the Commanding General of the United States Army from 1895 to 1903. He participated in key battles during the American Civil War and was wounded four times. Three decades after its conclusion, General Miles reflects on the war and his subsequent career in his extensively illustrated autobiography.

Putting the conflict in perspective, he writes:

In order to comprehend the magnitude of the cause in which those men were engaged, we must consider what would have been the result to the people of this country, and to the whole human race, if they had failed in that heroic enterprise for the restoration and perpetuity of the great republic. It was a question of national life or of dissolution, of one grand republic, or of two or several conflicting republics or principalities. It was a question between anarchy to be followed by despotism, or the restoration of the great republic in all its grandeur and magnificence with an assured prosperous and peaceful future.

He hypothesizes several reversals of fortune, supposing the consequences if “the Armies of the Potomac and the James had been destroyed or captured with our national capital.”

The Confederacy would then have been recognized as an established government by every power in Europe, and ruin and universal bankruptcy would have prevailed where universal prosperity has since flourished. The republican form of government would have perished, possibly forever. The world under the most favorable circumstances and in a country walled by two great oceans, republican institutions had been tried and had utterly failed. Despotic government, and with it human slavery, would have been the fate of man for an indefinite period of time.

Shortly after celebrating an end to slavery, Miles shares his view on “that mass of freed people.”

The great black problem which alarmed the people of that section of the country then has agitated the minds of the Southern people ever since, and is a grave problem even to-day. Yet it will work out its own solution. There is no black blood being imported, and the negro population, while rising in the scale of intelligence, is spontaneously scattering itself throughout the North and West, in every State and Territory, and the problem is in sure course of settlement in due time.

He goes on to discuss what would have been his approach to Reconstruction and shares his “comments on the exploration, development and progress of our great western empire.” 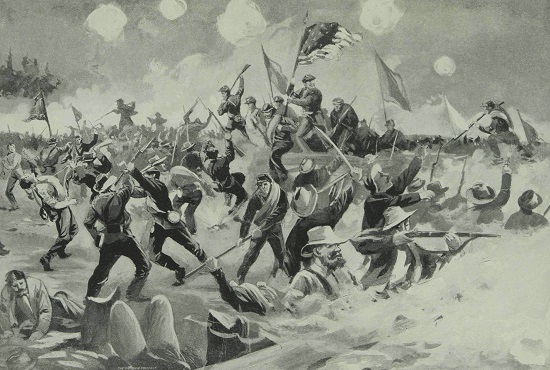 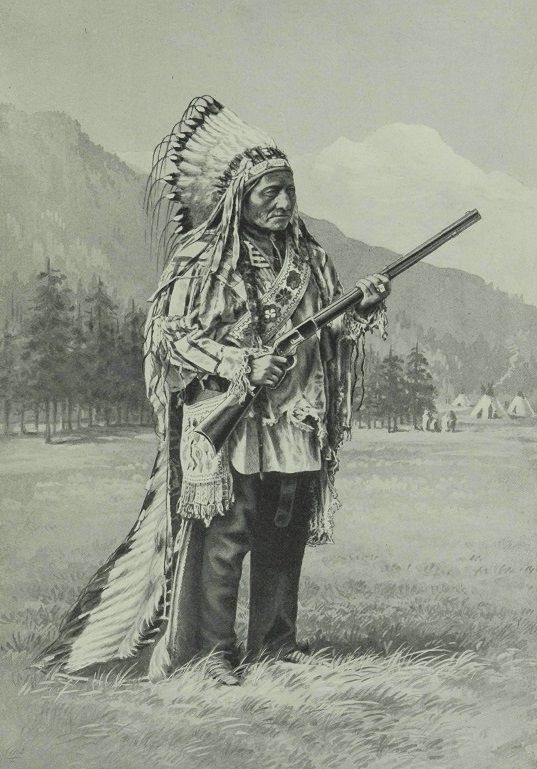 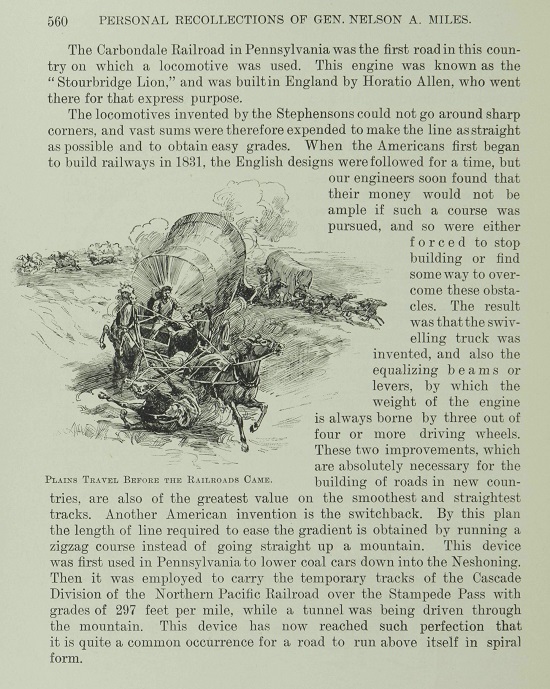 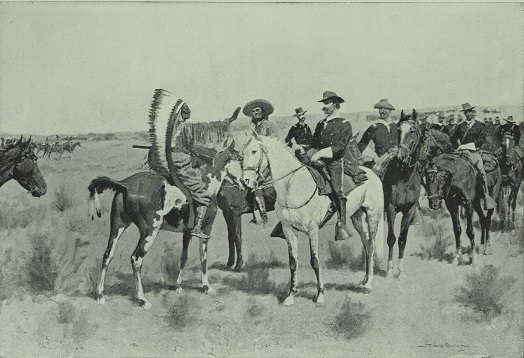 For more information about this database, including pricing for your institution, please contact Readex Marketing.