‘Too Much Johnson’ and Other Plays by William Gillette, Eminent American Actor, Playwright and Director 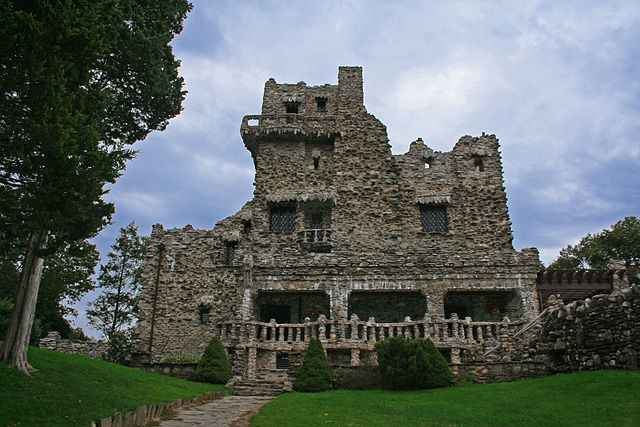 It is likely that people remember William Gillette best for the whimsical castle he built in his retirement on the banks of the Connecticut River in East Haddam. The estate devolved to the state of Connecticut and today is a state park named for Gillette. The castle has been preserved, but its three-mile-long gauge railroad and complicated infrastructure is gone. 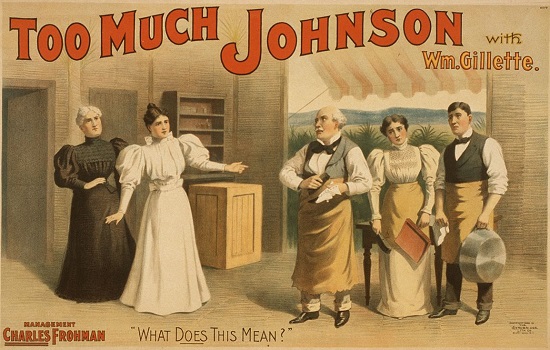 Before building his castle, Gillette had a long and productive theater career as an actor, stage manager, director, producer, and playwright. He was born in 1853 into a family and community of wealth, privilege, and creativity in Hartford, Connecticut, one of the wealthiest cities in the United States for several decades following the Civil War. Gillette’s neighbors included Mark Twain, Harriet Beecher Stowe, and Charles Dudley Warner. 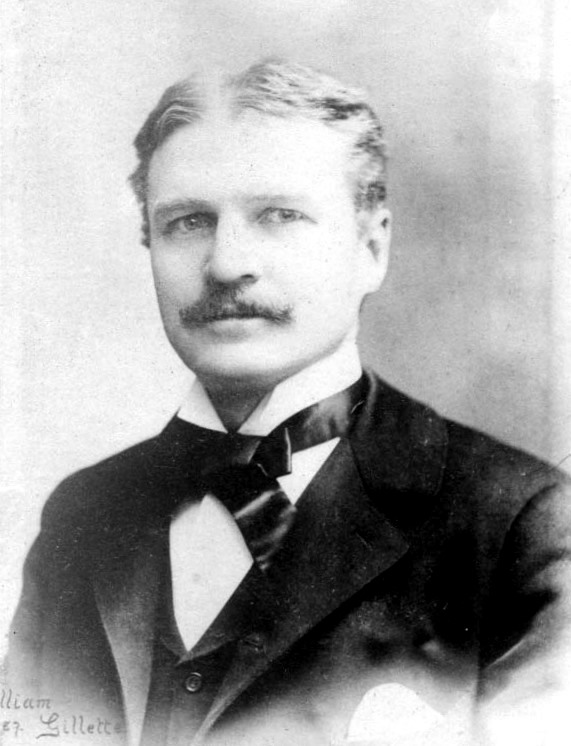 His father disapproved of his intent to pursue theater as a career but having lost his two older sons to disease and war, he relented and provided a stipend to assist him in his aspirations. Gillette left home at age 20, joined a stock company in New Orleans and returned to New England. His neighbor Mark Twain persuaded Gillette to take a small role in the Boston production of his theatrical adaptation of The Gilded Age. Subsequent to this engagement, he became a stock actor in Boston, New York, and the Midwest, leaving off his career to return home and care for his dying father. His share of the estate allowed him to pursue his prolific career and establish himself as a leading contributor to American theater. 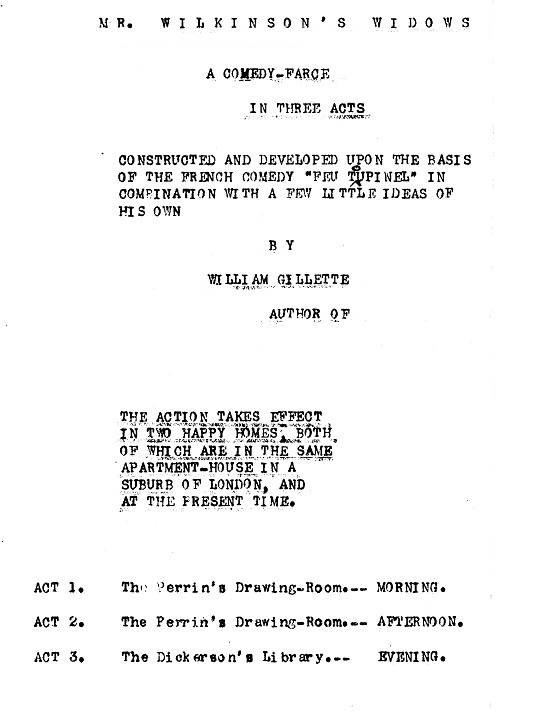 Gillette’s contributions included writing dozens of plays but much more. He innovated special effects some of which he patented. One of these was a new and improved method of reproducing the sound of a galloping horse. Since it was a method rather than a physical device there were no illustrations in his application. Rather, there was prose describing “a new and useful method of imitating the sound of a horse or horses approaching, departing, or passing at a gallop, trot, or any other desired gait, the same to be used in producing stage effects in theatrical or other performances or entertainments, exhibitions, &c.”

Gillette’s interest and innovation in special effects is evidenced in the stage directions he provided for his original drama, Held by the Enemy: 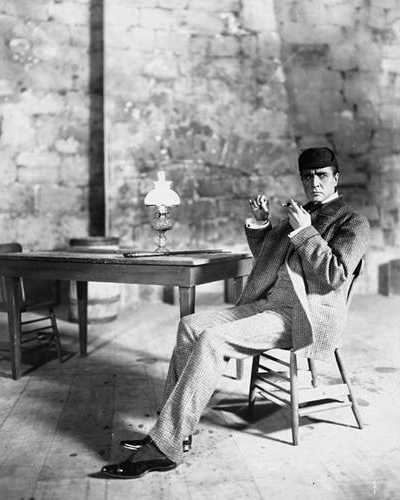 Despite his plays, his staging, and his directing, William Gillette was most famous for his depiction of Sherlock Holmes in several stage and film adaptations by Conan Doyle. The still popular image of Holmes, including the deerstalker and pipe, was created by Gillette. For many years he toured America and Europe presenting Holmes to vast audiences. On March 19, 1932, nearly 33 years and 1,300 performances after his debut in the role, Gillette appeared for the final time as Holmes. 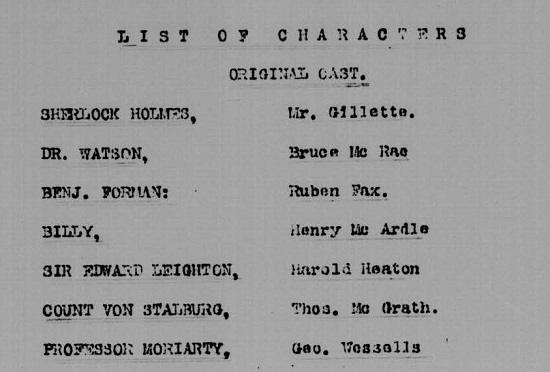 Having made a fortune, he retired to Connecticut and land on which to build his fantasy. Here he designed and had constructed a castle. According to a publication by the state government:

Atop the most southerly hill in a chain known as the Seven sisters, [he] built this one hundred and eighty-four acre estate, the seventh Sister. The focal point of his effort was a twenty-four room mansion reminiscent of a medieval castle.

…The woodwork within the castle is hand-hewn southern white oak. Of the forty-seven doors within the structure, there are no two exactly the same. And each door has a handsome external latch intricately carved of wood. Even the Castle’s furnishings are indications of Gillette’s inspirations. The built-in couches, a movable table on tracks, and light switches of carved wood all point to his creative genius.

There are eight of Gillette’s plays in this release of Nineteenth-Century American Drama, including Sherlock Holmes. The Strange Case of Miss Faulkner, and Held by the Enemy. The latter achieved widespread praise. It is a Civil War play complicated by Yankee occupation, Southern ladies, love gone awry, capture, restraint, freedom, and death. 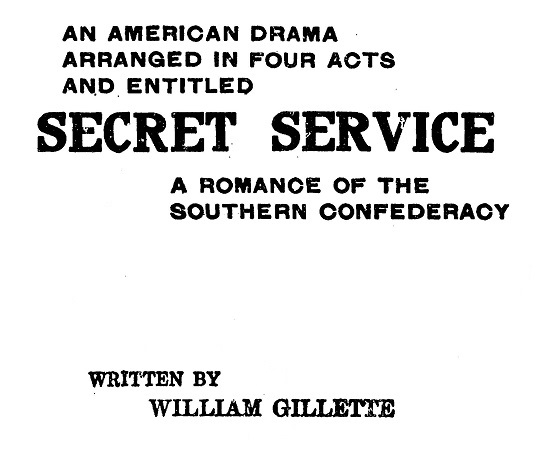 Also included is Too Much Johnson which occurs on a steamship and features an arranged marriage, a love triangle, and misadventure. 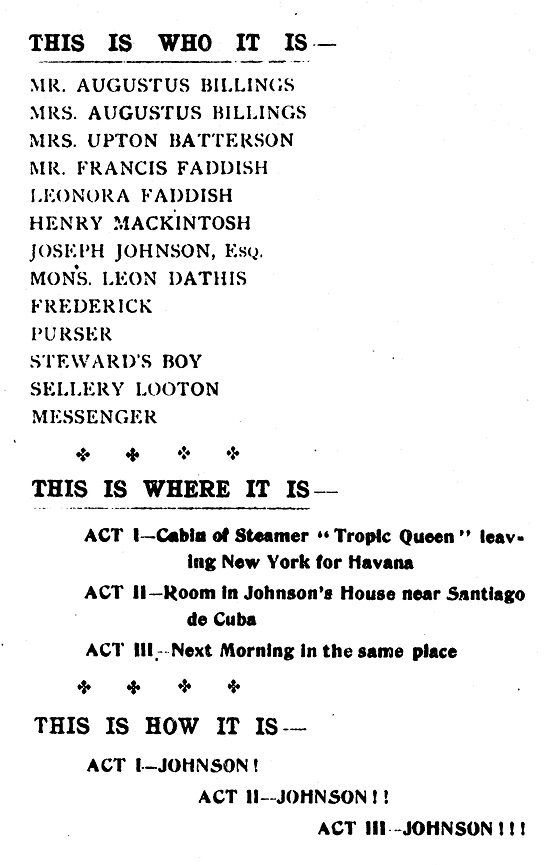 In All the Comforts of Home, an elderly gentleman is advised that his young wife is not true to him. Determined to escape this humiliation, he bundles his daughter off to Europe turning his elegant manse over to a ne’er-do-well who conceives the idea of leasing out the elegant public rooms as apartments. Chaos ensues. 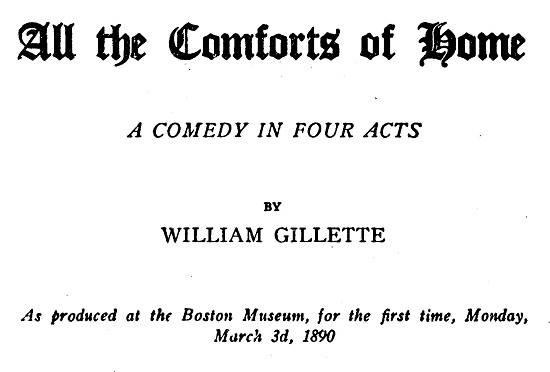 Gillette wrote well. His scripts generally scan well, and his command of language is notable. The plays are well plotted and detailed directions are included as to stage décor, costumes, special effects, and props. He was a consummate show producer whose knowledge and innovation marked him as one of the most consequential theatrical eminences of his era.