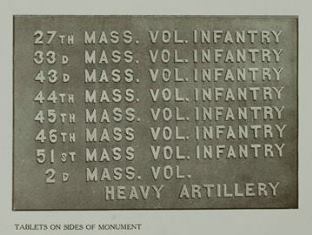 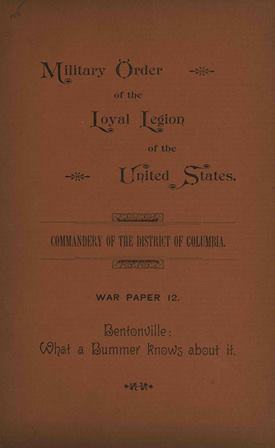 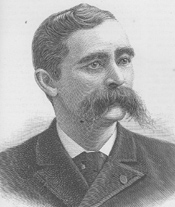 Belknap had enlisted in the 21st in 1862 at the age of 15. Two years later he became a captain. He was wounded several times in battle at Chickamauga, and in the final year of the war he served as the Chief of Scouts of Sherman’s Army in its 285-mile March to the Sea. This work is his personal account of that year when he was a bummer.

I give you the recollections of a captain, pleading guilty to the charge of being a Bummer, and explaining how I became one.

Essentially, Sherman’s troops had severely limited provisions as they launched their assault in pursuit of bringing the Confederate States of America to its knees. Hence, detachments of foragers were formed and charged with forcible requisitions of foodstuffs for the army.

The term “Forager” was not large enough to designate this new addition to the army, and the word “Bummer” was born. I know some people at this distance from the war who look upon the bummer as “a trick of sins.” The term has fallen into disgrace. To-day the walking delegate of the Saloon-Keepers’ Union is known upon the streets as a bummer. One step down in the social scale and we have tramp, tramp, tramp.

Bummer was a title born to Sherman’s army on the march to the sea. In the scramble for corn and bacon its pedigree was lost, and he who seeks to claim it now is liable to receive a bad title.

However, the Bummer in his degree of rank commanded all the corn-cribs and fodder-stacks in Georgia and the Carolinas. He made of his profession high art, and high art is always morality.

Belknap gives a compelling account of months of foraging and battles as the army cut its devastating swath through the Confederate states, commenting that “Many a gallant fight was made for hogs and hominy that was never reported at headquarters.” He is a vivid witness to the agonies of battle and capable of stirring language in conveying the horror. In recounting a particular encounter, he writes:

My own horse was picketed at the edge of the swamp, an animal I had ridden many hundreds of miles and to whom I was warmly attached. I thought I saw a chance to save him. Mounting, I gave him the spurs. He fairly flew along the edge of the swamp towards our main lines. I used my revolver as I never had a chance to use it before. My horse was giving his life to save mine. I could feel his body quiver as the deadly bullets struck hm. The noble animal carried me safely out of danger, into the friendly shelter of a regiment going into position to protect the flank of the army; with a jet of hot blood spurting from a wound in his neck, he dropped on his knees and fell over dead before I could remove saddle and bridle. 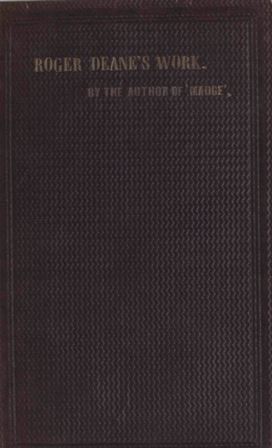 H.G.B. was Hannah Bradbury Goodwin (1827-1893), a fiction writer from Boston. Roger Deane’s Work was published in 1863 and appears to have been conceived to give heart to her New England neighbors in light of the sacrifices they were making in the war.

Her prose is somewhat elaborate by contemporary standards:

Two years ago last April, — I pause to count the seasons that have slid away since the first sounds of war roused the echoes of our New-England hills with a crash almost as deafening and surprising as if the old ocean had forgotten the mandate, “Thus far shalt thou come,” and his waves had swept inland, over meadow and forest, country and town, carrying desolation and ruin in their path; — I pause to count the seasons, for we have lived so much more in deeds than in years since the first gun was fired at Sumter, that one can hardly believe only two winters have sifted their snows upon the earth since that well-remembered day, — only three summers have vainly sought to cover with bloom and beauty the hideous stains of blood and devastation which war has left upon our fair land.

Subsequently, Goodwin relates the touching tale of a respectable New England widow who must endure the sorrow of having her only son, a young man of grace and promise, determine to enlist in the Union Army after the massacre of Northern troops in Baltimore at the war’s onset.

…but when New-England men had been shot in Baltimore, he could no longer check the hot blood that leaped in his veins, — blood inherited from Revolutionary heroes, — and, thrusting from his thoughts ambitious hopes and memory of his mother’s widowhood, he had enlisted.

It is striking that each of the characters in this tale is entirely good. The mother, her son, her son’s young love, and finally, even her father who had thought the young man too poor for his daughter, all behave in the most becoming manner. All their sacrifices and tribulations are rewarded. It seems the author was intent on writing a story to inspire others to rise to the terrible demands of the times with the assurance that the cause is right and the end will be just.

Before the melting of our New-England winter’s snows we had grown familiar with the sounds of war; had accepted it as inevitable; and many hearts were praying that God would bring us from behind its “pillar of cloud and fire,” a nation purified and honored. 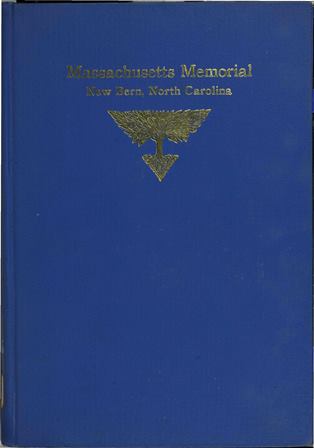 For decades following the Civil War patriotic associations formed in order to plan memorials to their fallen sons, both Union and Rebel, and to procure the necessary funds. As this account unfolds, the battles fought in North Carolina by regiments from Massachusetts are recounted and the losses enumerated.

As the Northerners travelled to the South they were met graciously by their counterparts who were once their bitter enemies. This reconciliation is vividly described and constitutes a central element in the history of achieving on Southern soil this Union memorial to those who died in the bloody conflict. In particular, the New Bern Chapter of the Daughters of the Confederacy were instrumental in receiving and accommodating the Massachusetts delegations. In appreciation the New Englanders presented the chapter with a gold-lined punch bowl in commemoration of the events.

On their return trip to Massachusetts the delegation stopped in Washington, D.C., where they were received by President Theodore Roosevelt who gave them a White House tour. While in the nation’s capital the delegation sent a number of telegrams to their Carolinian hosts. The amity is clear.

The Massachusetts delegation begs to assure you and the citizens of New Bern, of its appreciation of the great hospitality and the many graceful courtesies that have so materially helped to make its visit an event long to be remembered. 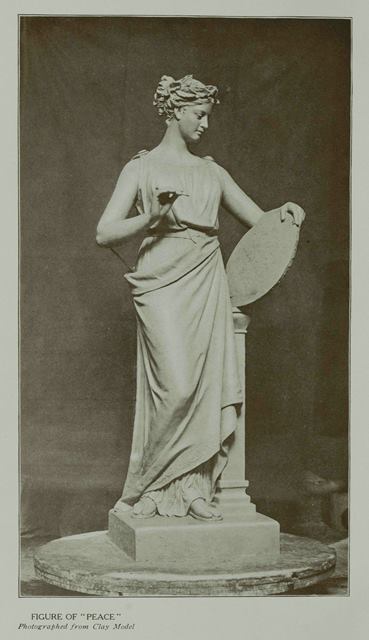 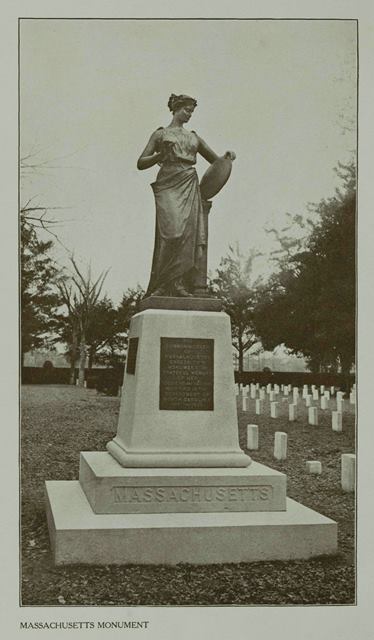