The November release of Black Authors, 1556-1921: Imprints from the Library Company of Philadelphia includes a guide for self-improvement, the autobiography of the founder of Latta University, and a collection of essays by the Bard of the Potomac.

The College of Life, or, Practical Self-Educator (1896) 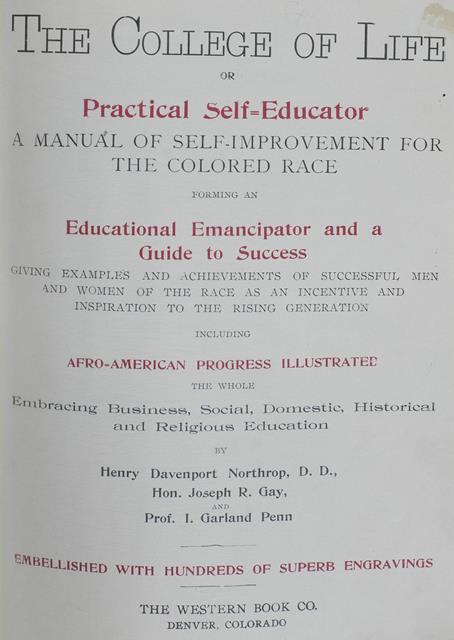 This self-improvement manual was written as a guide to African American success. The authors summarize their work, writing:

…portraits of many successful men and women of their own race, with sketches of their achievements in life, are given as examples of what may be accomplished through education, patience, perseverance and integrity of character. Many engravings illustrating Afro-American Progress are introduced as object lessons of the great advancement of their own people, impressing them with the fact that they must educate and elevate themselves if they would attain success in life.

This volume is intended as a Self-Educator and is in no sense a history or book of biography; therefore it cannot be expected to include the portraits or mention all prominent men of the race, nor describe all historical events. Sufficient portraits and sketches of successful Afro-American men and women are given as a GUIDE TO SUCCESS, and illustrations of places, objects and events are given for the purpose of inspiring ambition and as an incentive for the sons and daughters of the race.

Included in the “Contents of the Proper Conduct of Life” are sections on:

Rules of Etiquette for all Occasions, Marriage and Domestic Life, The Care and Management of Children, Bible Stories for the Young, Household Economy, Athletic Sports, Physical Development, How to be Healthy and Strong

Bookkeeping and Penmanship, Correspondence and Letter Writing, The Correct Use of the English Language, Sentiment and Culture of Flowers, Amusements and Pastimes, How to Organize Societies, Practical Suggestions for Home and School, Masterpieces of Eloquence, Selections from the World’s Best Authors, and an Encyclopedia of Valuable Information and Important Facts for Reference. 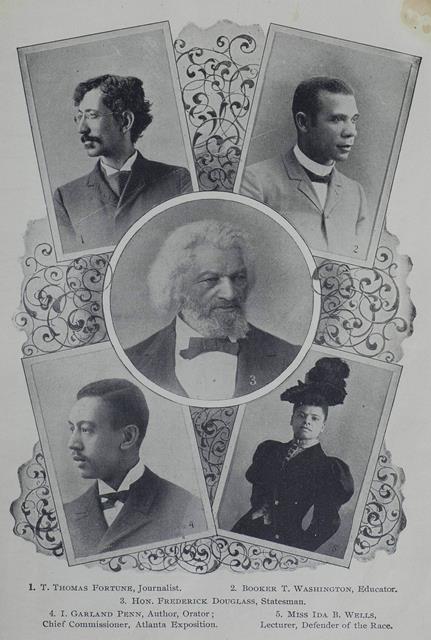 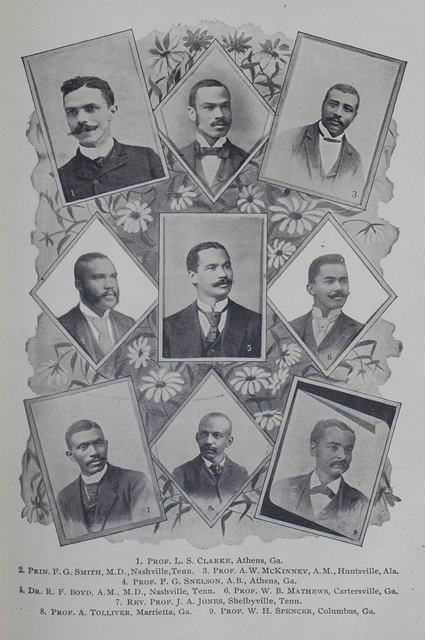 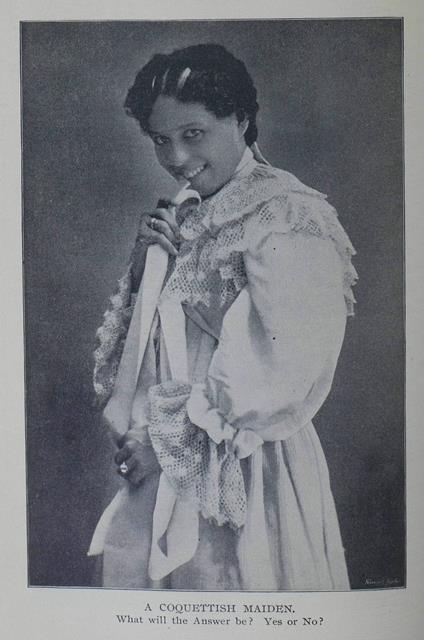 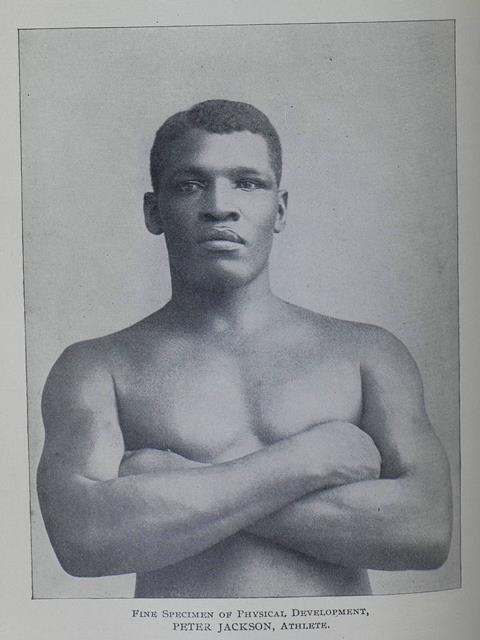 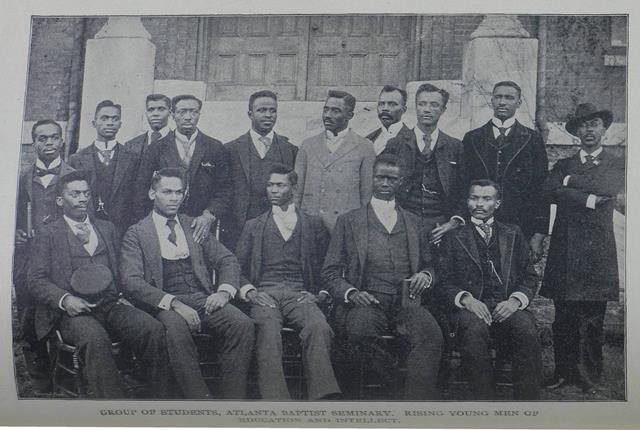 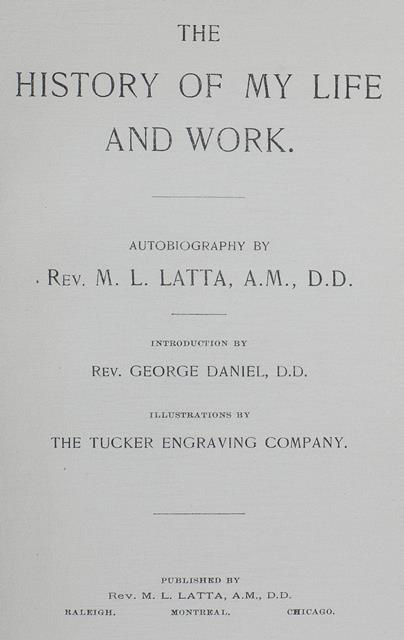 In 1853, Morgan London Latta was born into slavery near Raleigh, North Carolina. He would overcome nearly insurmountable hardships and eventually found a university that bore his name. Of his early years, he writes:

I was a slave, and was only seven years old when my father died, leaving my mother and thirteen children. Soon after the war, my oldest brother was drowned, leaving the responsibility of supporting the family on my shoulders. I was hired out for several years for one dollar per month. My mother was so very poor that she was unable to send me through school. I had to work hard all day and get knots of lightwood to study my books by at night. We were not able to buy a horse, so I had to plow an ox. The only time I had to go to school was when the ground was too wet to plow.

It has been said by many that it was almost impossible for the negro race to do anything, and, as one member of the race, I determined…to see if the alleged expression was really true. It is also said by the same accusers that God did not intend for the negro race to do as other nationalities….It has been said that the race is prone to debauchery and detestable things in all of their actions… I had heard it said to be a member of the negro race was a disgrace to human sight, because they were vicious and were not capable of doing anything that had any responsibility in it.

Latta repudiates easily these assertions but later appears to blame the victims of lynching, writing:

I desire to say a word concerning the lynchings in the Southern States that our friends in the North, East and West hear so much of. I claim that it comes from ignorance among the colored people that such extreme depredations as assaulting white ladies of the South takes place. I am prepared to show you, in nine cases out of ten, it comes from ignorance. Education and sufficient moral training, with religion combined, are the only things that will stop it. I can say for this institution…not a student that leaves the Latta University will ever be found guilty of such terrible conduct….We not only teach them intellectually, but we teach them how they must conduct themselves from a moral and social standpoint. 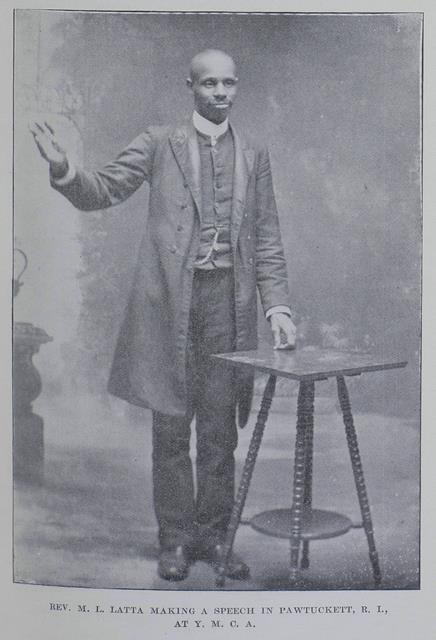 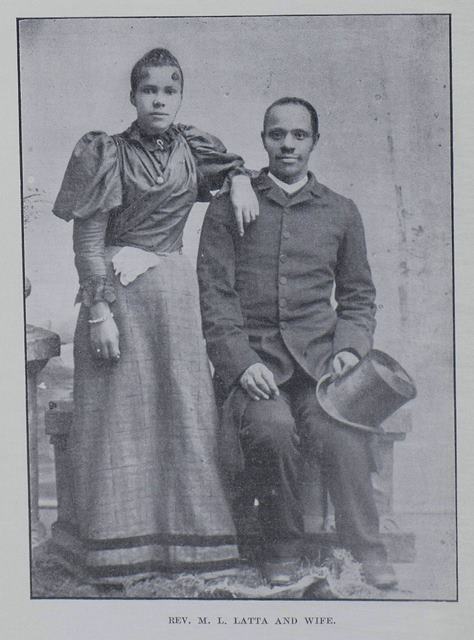 Race Adjustment: Essays on the Negro in America (1909) 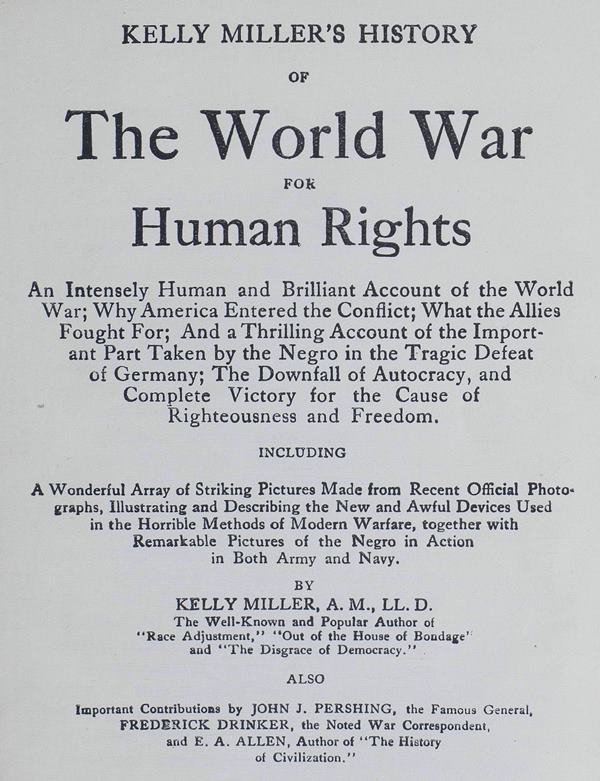 Kelly Miller was born in Winnsboro, South Carolina, in 1863; his mother was a former slave and his father a freedman who served in the Union Army. Miller’s thirst for knowledge and hard work won him a scholarship to Howard University. He later spent two years at Johns Hopkins where he studied mathematics, physics and astronomy. He went on to become a prolific writer, contributing numerous articles to over 100 newspapers and magazines, and is often referred to as the “Bard of the Potomac.”

In this collection of essays, Miller approaches many topics that remain relevant over a century later. In An Appeal to Reason on the Race Problem, he observes a problem that often surrounds discussions of race:

I shall strive to be entirely courteous and considerate, and yet I shall abate no whit the fullest candor and plainness of statement demanded of one who speaks for the best interests of his people….There is a lamentable lack of expression which is at once candid and considerate, as respects the attitude of one race toward the other. We are prone to indulge in either wild, ungoverned onslaught, or diplomatic dissimilation and prudential concealment of real opinion and feeling. Honesty of utterance is usually accompanied with such ruthless and brutal frankness on the one hand, and resentful defiance on the other, as to render rational discussion impossible; while considerate temperament is too often given to indulgence in such fulsome flattery or unmanly yieldance as to make wholesome discussion unprofitable.

And, in The Negro’s Part in the Negro Problem, Miller writes of excessive self-criticism that aids in the perpetuation racial stereotypes:

Several years ago a colored man of glib rhetorical facility wrote a book entitled “The American Negro,” which received the imprint of a leading publishing house. The Negro author excoriated his race in the most merciless manner. He held it up to the scorn of mankind as a breed of moral vipers. These scathing denunciations were supported by no data and upheld by no verifiable reference, but rested solely upon the pessimistic utterances of a defamer of his own race….These statements gained plausibility and credence from the fact that the author was of the same color as the class which is reprobated; and the book has been widely appealed to as a buttress to blacken the moral reputation of the Negro race and to damn a struggling people to everlasting infamy.