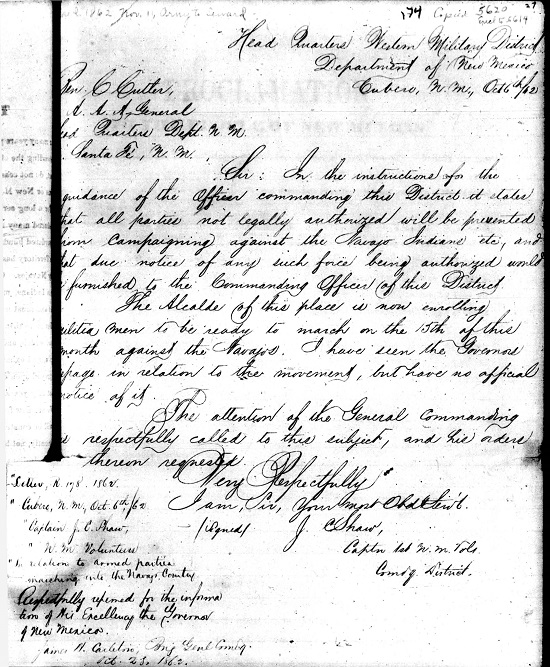 Sir: By request of Juan Padilla…and of other residents of Bernalillo, Valencia, and Socorro counties, I write to you to give permission to the said Padilla and others to the number of two hundred and upwards, to make a campaign against the Navajo Indians. The said Padilla and others furnishing their own arms, equipment, subsistence, etc. and to take for their compensation such spoil as they may take from said Indians.

Therefore, I recommend that your Excellency grant him a license to make such campaign. 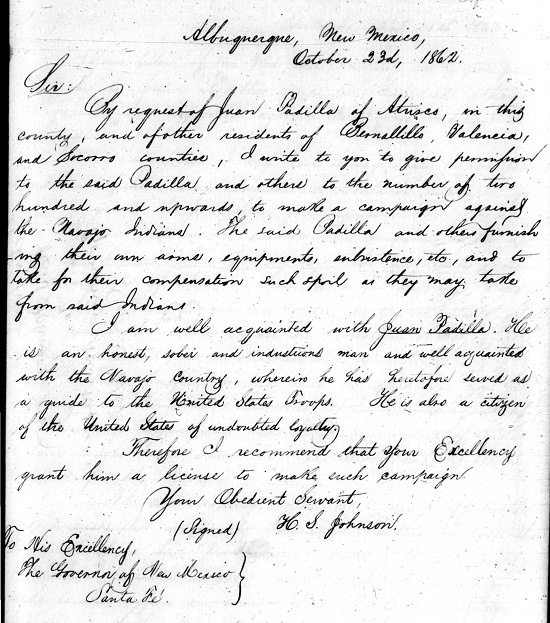 In response I beg leave to say that in the present condition of the Navajo Indians, it would be improper for me to grant the permission you request. The Mexican and Indian Expeditions, such as you propose, do not discriminate between the friendly and the unfriendly Indians. The consequence of which is that, but a few days ago, a party of friendly Navajos, who are located in the settlements and had placed themselves under the protection of the officers of the government, were attacked and some killed.

We have therefore decided that no expedition can be authorized, without the concurrence of the Commandant of the Military Department and the Superintendent of Indian Affairs, who have under their protection some fifteen hundred friendly Navajos.

We are adopting measures to reach effectually and punish the unfriendly Indians. 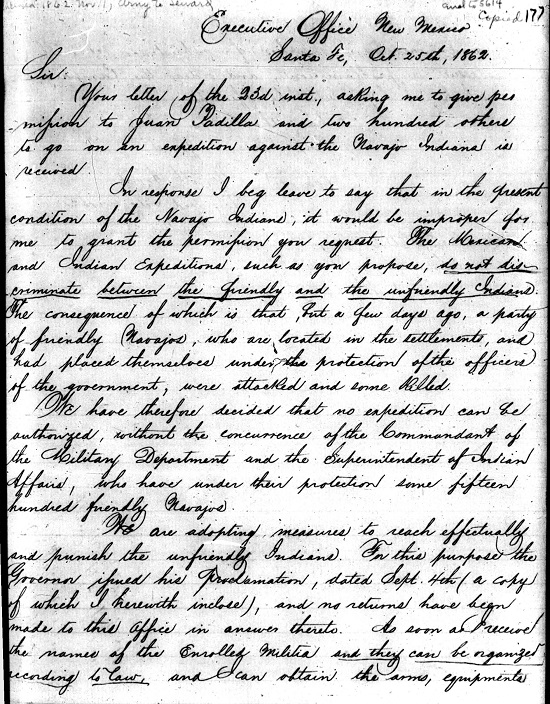 William Arny also wrote to Brigadier-General James Henry Carleton on the same day about steps being taken to maintain peaceful relations with the “friendly Navajos.”

It is important that the Mohucha Utahs and Jicarilla Apaches who, to the number of fifteen hundred, are located east of the Rio Grande and who are compelled to range to the mountains south of Tars Mountain, should be kept friendly as they do now actually possess the balance of power between the citizens of this Territory and the unfriendly Indians (the Mexcaleros Southern Apaches, and Navajos).

If the Utahs and Jicarilla Apaches are not kept under the contract of the Agent, there will be no safety to the mails and trains from the states.

A few days ago I held a council with them and enlisted the Agent…to issue their annual presents to them, and took the occasion to urge upon them the importance of being at peace with the government of the United States and discontinuing their expeditions against the Indians of the Plains and also against the Navajos, and that they must not commit any depredations upon the settlers and their stock. 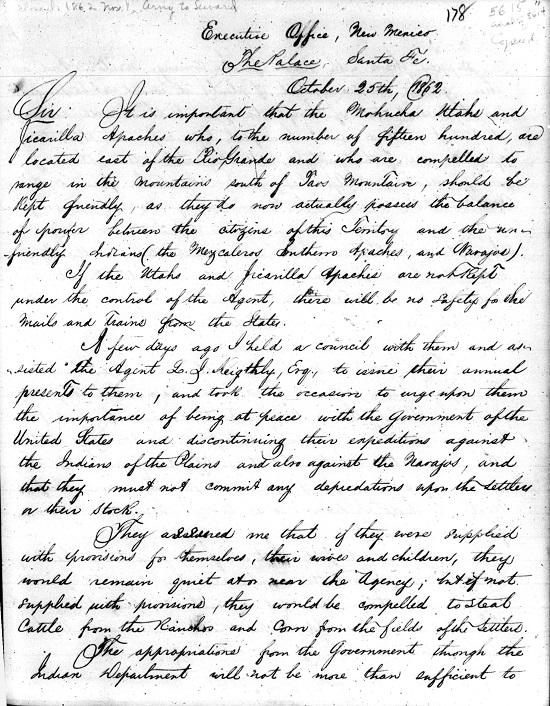 You will purchase sixty head of Beef Cattle of the Chief Quarter Master of this Department, the cattle to be delivered to you at Fort Union on the 3d day of November…

These cattle you will transfer to Colonel James L. Collins, Superintendent of Indian Affairs, as subsistence for some Utah and Jicarilla (Apache Indians), who are represented by the Acting Governor of New Mexico and by Colonel Collins to be in want of food for the coming winter. 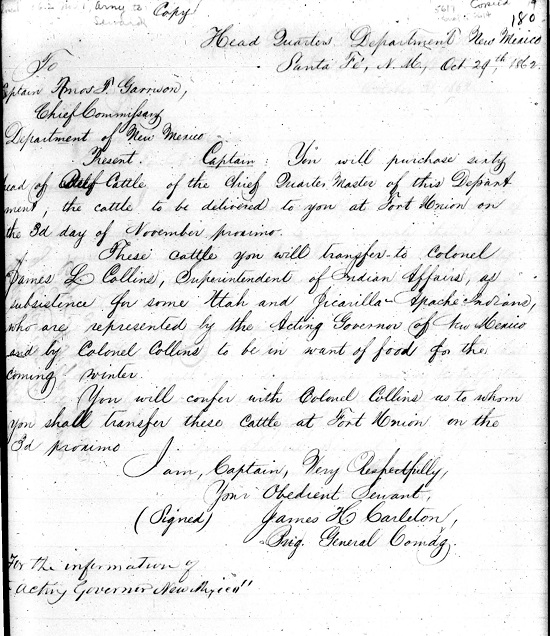 I have the honor to acknowledge the receipt of your letter of the 25th inst., and to say in reply that I have given orders to transfer to the Indian Department sixty head of beeves for the Indians whom you represent as being in a destitute condition.

It is out of my power at this moment to establish troops at Gurina [sic] Pass. But you may rest assured that I will cooperate with you by all proper means to see justice done to friendly Indians, as well as to unfriendly Indians. 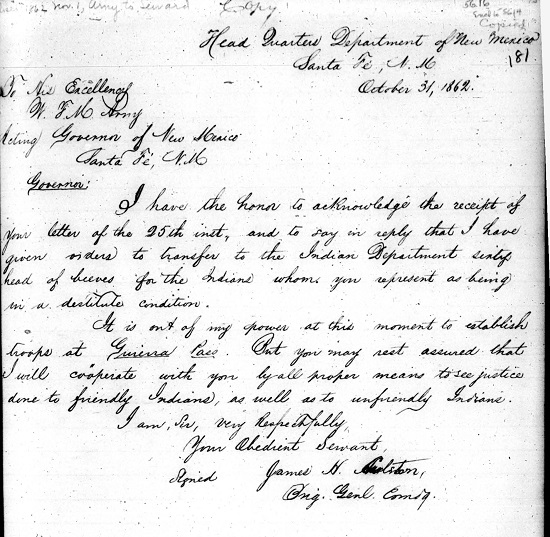 For information about making Territorial Papers of the United States available at your library, please contact Readex Marketing.