“This Great and Glorious Country”: Highlights from Black Authors, 1556-1922

The January release of Black Authors, 1556-1922: Imprints from the Library Company of Philadelphia includes a philosophical exploration of death and future life, a moving slave narrative, and the autobiography of the U.S. Army’s first African American nurse. 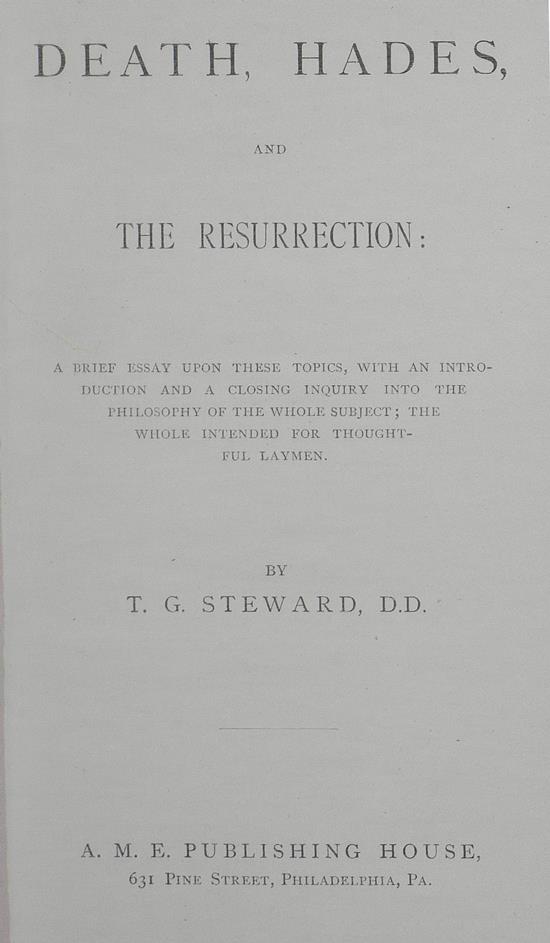 Educator, clergyman, and Buffalo Soldier, Theophilus Gould Steward was born to free African Americans in New Jersey in 1843. This work was published when Steward was 40, eight years before he joined the 25th U.S. Colored Infantry and two years after he was awarded a Doctor of Divinity from Wilberforce University.

What is it to die? Do we live after death? Can anything be known of the experiences, and employments, of those beyond death? Is there any possible means of communication between the living and the dead? Is there any communication among the dead themselves? Are there any individual joys, or sorrows, among them?

Steward turns to religion, specifically Christianity, to answer these seemingly scientific queries. He begins by acknowledging religion “has no self-evident axioms from which it may proceed, as science has; no list of experiments by which it can be tested beforehand; but claims Faith first, and investigation afterward.” But he then muddies that distinction:

The subject we are to discuss belongs very properly to the science of religion. Indeed, religion is the only science that teaches with authority real or assumed upon death and the future. Other sciences may refer to it; investigation proceeding from other quarters may lead up to it; but religion alone exhibits the facts, laws, and relations of the future world as they bear upon life here.

Regardless of his entangling of science and religion, Steward succeeds in engaging readers with his intriguing philosophical inquiry on death and a possible future life.

[For more about Steward and his later work The Colored Regulars in the United States Army (1904), please see, “Never-Failing Fount of Loyalty and Patriotism”: Perspectives on African Americans in the U.S. Armed Forces.]

Fifty Years of Slavery in the United States of America (1891) 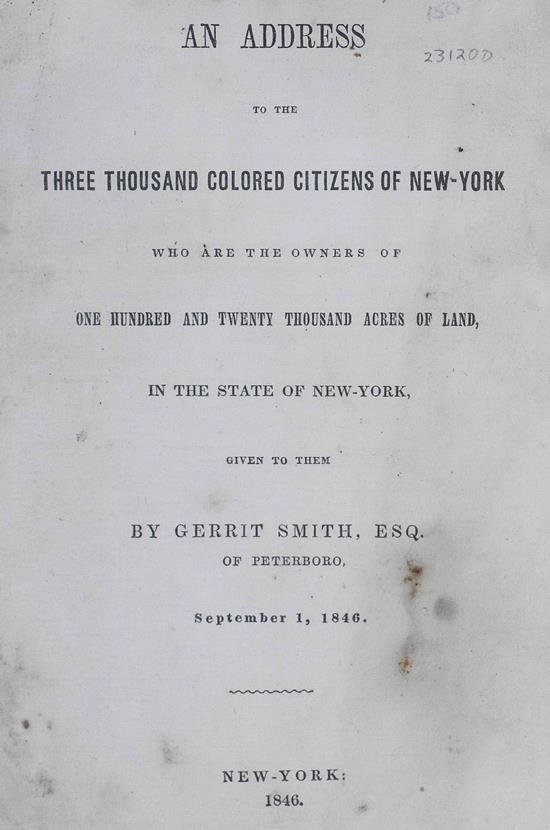 Harry Smith’s narrative, transcribed by a “writer who is perfectly acquainted with Smith,” begins with a brief biographical sketch of Smith and an outline of his story.

Harry Smith was born in Nelson county [sic], Kentucky, in the year 1815. The book contains a full account of his birth, boyhood, early life, thrilling scenes in slavery, narrow escapes from blood hounds, knifes [sic] and revolvers. Explaining in full the complete history of American Slavery, together with an account of the ‘Patrollers,’ showing their mode and manner of catching and punishing runaway slaves, and what finally led to their extermination.

Embracing a brief history of all the different slave owners he was hired and sold to, how treated, tied to the whipping post and whipped…

Describing his great feats of marksmanship, foot races, conversations with noted men in public life, such as General Taylor, Cassius M. Clay and many others. Thrilling scenes witnessed during the great rebellion; inhuman treatment of our Union men by the Guerillas.

Explaining how he was finally sold for eleven hundred dollars; the last slave owner he lived with; what followed the announcement by his master of his freedom from slavery while on the plantation. 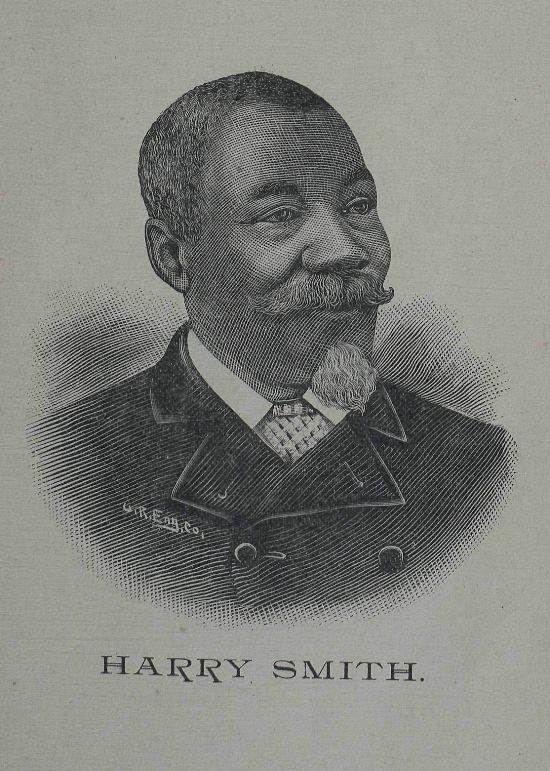 The acquaintance of Smith, concluding the preface, writes:

Very few men in the annals of history have passed through and witnessed the scenes in all phases of life as the author of this work has….While many may doubt the truthfulness herein contained, many are living witnesses to these scenes. The intelligent mind may grasp its flaming truths, forgiving mistakes and hand it down to future generations as an important factor in the history of this great and glorious country, the United States of America. 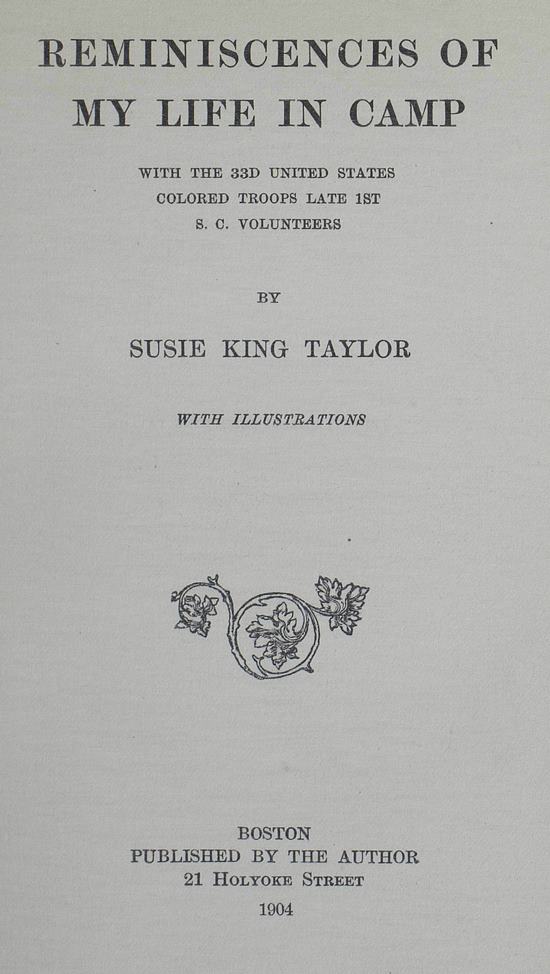 Susie King Taylor was born a slave in 1848 on a plantation in Liberty County, Georgia. Despite that state’s strict prohibition of the education of African Americans, Taylor was taught to read and write through the help of many people throughout her childhood. During the Civil War she found her way behind Union lines to St. Catherine Island. From there she was transferred under Union protection to St. Simons Island where she organized a school for freed African Americans, becoming the first African American teacher to work openly in a school for former slaves in Georgia.

Actual military life is rarely described by a woman, and this is especially true of a woman whose place was in the ranks, as the wife of a soldier and herself a regimental laundress. No such description has ever been given, I am sure, by one thus connected with a colored regiment; so that the nearly 200,000 black soldiers…of our Civil war have never before been delineated from the woman’s point of view. All this gives peculiar interest to this little volume, relating wholly to the career of the very earliest of these regiments… 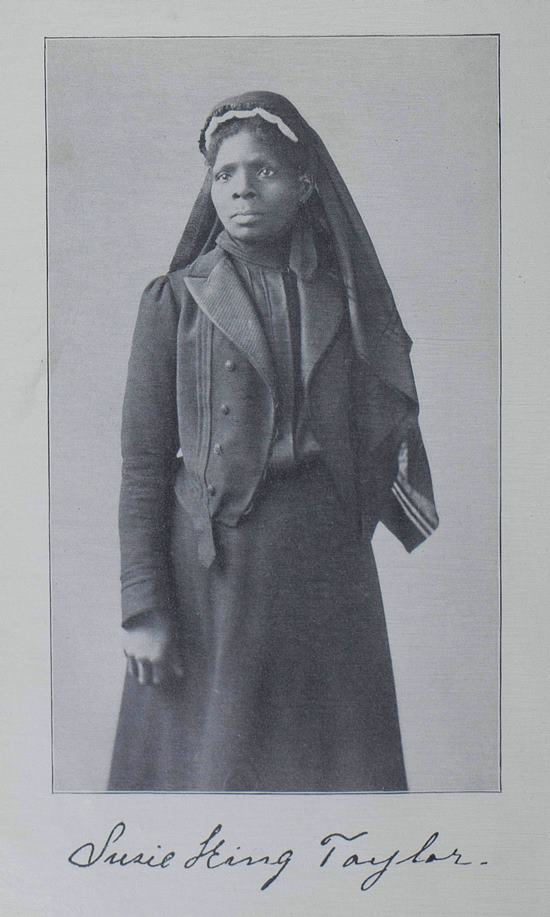 The writer of the present book was very exceptional…, in that she could read and write and had taught children to do the same; and her whole life and career were most estimable, both during the war and in the later period…

Taylor and her work were also lauded by Lieutenant Colonel Charles Tyler Trowbridge who wrote:

The manuscript of the story of your army life reached me to-day. I have read it with much care and interest, and I most willingly and cordially indorse it as a truthful account of your unselfish devotion and service through more than three long years of war in which the 33d Regiment bore a conspicuous part in the great conflict for human liberty and the restoration of the Union. I most sincerely regret that through a technicality you are debarred from having your name placed on the roll of pensioners, as an Army Nurse; for among all the number of heroic women whom the government is now rewarding, I know of no one more deserving than yourself.