In the days following the start of the American Civil War, enslaved people immediately began fleeing plantations to seek refuge. In a captivating presentation on this topic at the 2020 American Library Association Midwinter Meeting, Amy Murrell Taylor, Ph.D., shared from her acclaimed book Embattled Freedom: Journeys through the Civil War's Slave Refugee Camps. An award-winning professor at the University of Kentucky, Taylor is an authority on the social and cultural history of the U.S. South in the 19th century. 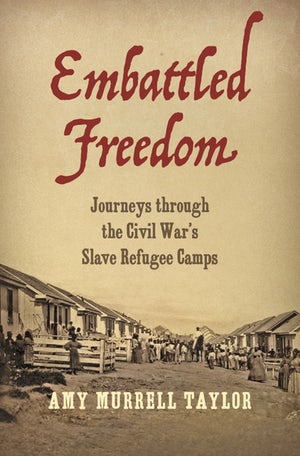 Taylor’s research, supported in part by Readex products, uncovers stories of the many thousands of men, women, and children who fled slavery and sought refuge behind the lines of the Union army during the Civil War. These untold stories of people seeking freedom shed new light on history of emancipation.

Taylor revealed in her powerful talk how she was struck over the course of her research by the way issues that people were wrestling with in the 19th century have become “eerily relevant to our lives today.”

Listen as she describes the similarities.

Taylor spent more than a decade researching and writing Embattled Freedom. After the book was published, she learned of advice which encouraged authors to “write about people and their problems, not problems and their people.” This was a “lightbulb moment” for Taylor. She was struck with how this advice perfectly captured her intention to write the stories of enslaved people who were impacted by the events unfolding around them, rather than to focus on wartime events.

Want to learn more? You can watch the full presentation of “Freedom Found: Untold Stories of the Civil War's Refugees from Slavery” here.

For more than a decade Readex has brought acclaimed historians to speak about their scholarly work to the sharp and curious membership of the American Library Association. For more information about The American Civil War Collection and related Readex products, please contact Readex Marketing.