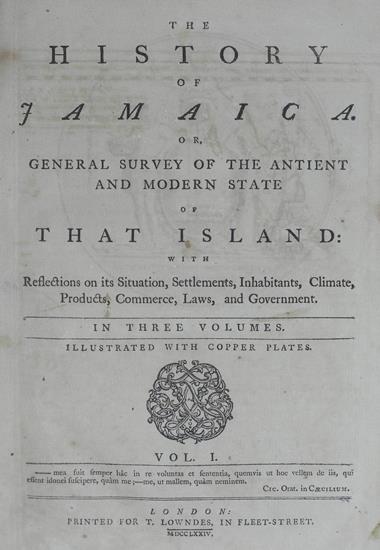 In regard to Colony administration in general, there is scarcely an author on the subject, who has not produced instances of consummated tyranny and injustice, practiced in the remote parts of the British Empire. The subjects here may be compared to the helpless offspring of a planter…exiled beyond the reach of fatherly protection.

A faithful description of our Provincial governors, and men in power, would be little better than a portrait of artifice, duplicity, haughtiness, violence, rapine, avarice, meanness, rancor, and dishonesty, ranged in succession; with a very small portion of honor, justice, and magnanimity, here and there intermixed, to lessen the disgust, which, otherwise, the eye must feel in the contemplation of so horrid a group.

However, as poorly as he considered those in power, they were white. As a polygenist, Long believed whites and blacks belonged to different species, the latter being distinctly lesser:

The particulars wherein they differ most essentially from the Whites are…in respect to their bodies, viz, the dark membrane which communicates that black color to their skins, which does not alter by transportation into other climates….Negroes have been introduced into the North American colonies near 150 years. The winters…are more severe than in Europe. Yet the Blacks born here…are not at all different in color from those Negroes who are brought directly from Africa; whence it may be concluded very properly, that Negroes, or their posterity, do not change color…

After noticing several other physical differences, Long makes the following observations “in regard to the faculties of the mind”:

Under this head we are to observe, that they remain at this time in the same rude situation in which they were found two thousand years ago.

In general, they are void of genius, and seem almost incapable of making any progress in civility or science. They have no plan or system of morality among them. Their barbarity to their children debases their nature even below that of brutes. They have no moral sensations; no taste but for women; gormandizing, and drinking to excess; no wish but to be idle. 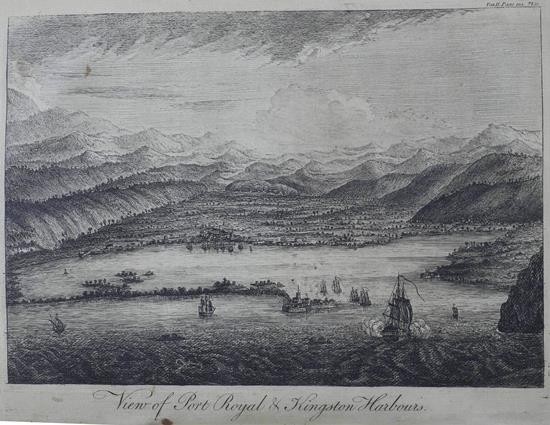 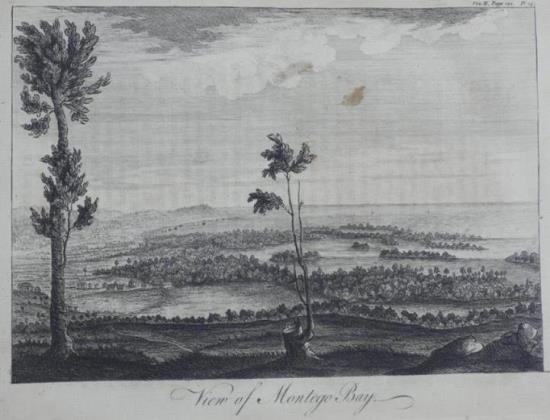 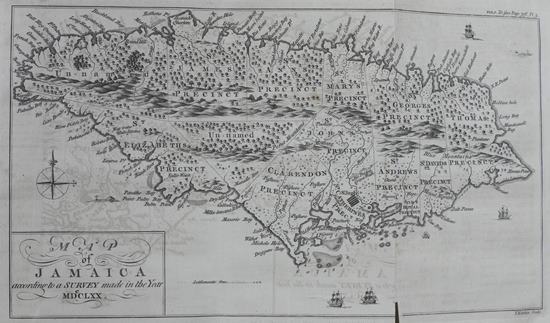 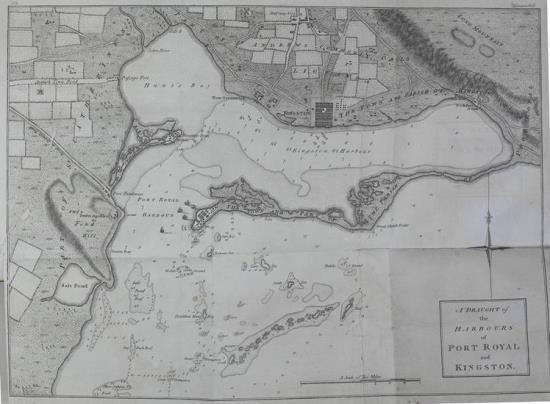 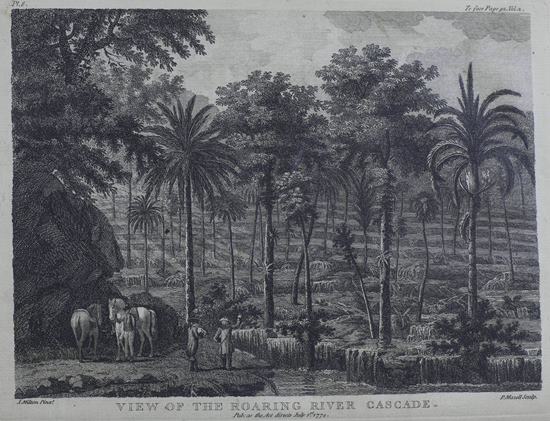 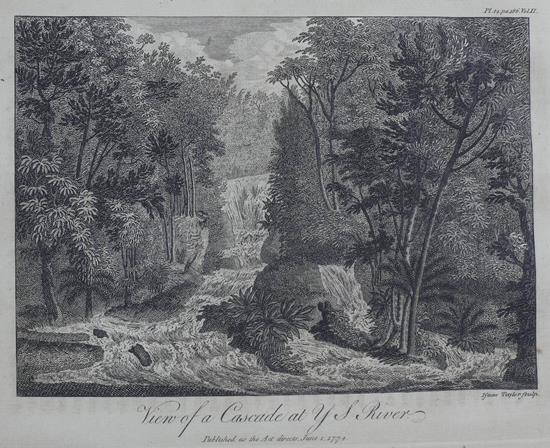 The New Slave Laws of Jamaica and St. Christopher's Examined (1828) 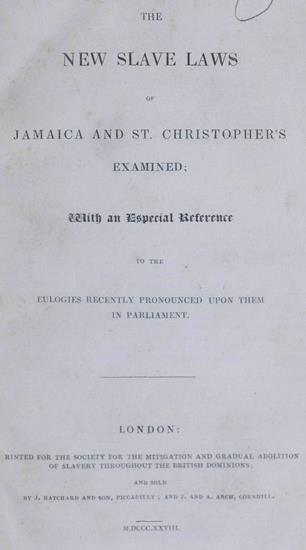 Twenty-one years after the British Parliament passed a prohibition on the slave trade and eleven years before the outright abolition of slavery across the empire, the Society for the Mitigation and Gradual Abolition of Slavery throughout the British Dominions evaluated the new slave laws of Jamaica and St. Christopher.

The society makes clear their disappointment in the legislation:

The very parties against whose maltreatment of the slaves it was his Lordship’s purpose to guard, are those whom the Jamaica legislature constitutes their official protectors, and their protection extends only to a single case of injury.

It is impossible to place the utter uselessness of these clauses in a clearer light than Mr. Huskisson has placed it in his dispatch of Sept. 22, 1827.

‘The Council of Protection,’ he says, ‘cannot be considered an effectual substitute for the office of a distinct and independent Protector. It will consist of those individuals over whom the Protector was to exercise his superintendence. Their duties are limited to the single case of extreme bodily injury, and are to be discharged only if they think proper. The periodical returns, required from the Protector upon oath, are not to be made by the Council, nor are they even bound to keep a journal of their proceedings. No provision is made for executing the duties of the office, in different parts of the colony, upon fixed and uniform principles; and the number of persons united in this trust is such as entirely to destroy the sense of personal and individual responsibility.’

The society was also critical of the reform, or lack thereof, regarding arbitrary punishment of slaves, writing:

The legislature of Jamaica refused to adopt this proposal; and their harsh laws on the subject remain unaltered and unmitigated. In the law of 1826, as in all the preceding slave codes of that island, the master or his delegate is authorized to inflict at his discretion, on the body of every man, woman, and child, thirty-nine lashes, for any offence, or for no offence, without trial, and without being obliged to assign a reason, or being liable, in any way, to be called to account, for so doing. He has, besides, the power of inflicting other punishments, without any limit short of mutilation and dismemberment or what a jury may deem wanton cruelty; and he may imprison in the stocks for any length of time. 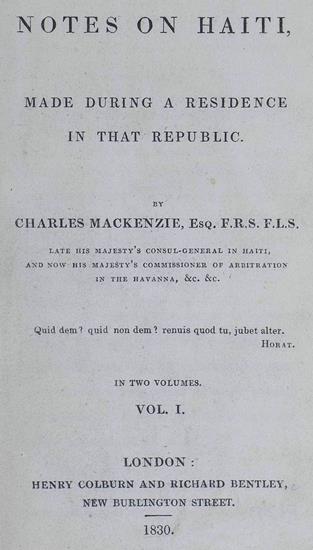 Charles Kenneth Mackenzie was a Scottish diplomat, writer and journalist. He attended the University of Edinburgh, served in the Peninsular War, and was elected a Fellow of the Royal Society. Basing his writing on the time he spent in Haiti as British counsel, Mackenzie describes the overall condition of the island:

Haiti is in its infancy; and the population, formed out of discordant materials, is precisely in the state that might be anticipated by any one at all conversant with the history of mankind. The difficulties incident to such a stage of national existence constantly present themselves to those in the maintenance of its government, and in the promotion of the arts of life.

In his two-volume work, Mackenzie includes both an economic analysis of the island as well as many social observations. Regarding the latter, and with echoes of Edward Long, Mackenzie writes:

Indolence and inactivity are…the characteristics of the country: there is a general air of listlessness, which may be aptly described as ‘a death-like languor which is not repose,’ pervading all classes.

The manner in which, at all hours of the day, the women and men are seen lounging under canvas…is no bad accompaniment for the sentries in chairs; and I suspect there is no part of the world where more time is literally ‘whiled away’ than in Haiti. The impress of listless indolence is decidedly given to all animated nature; even the dogs and pigs wander about with an apathy unseen elsewhere. The latter seem so lean, as almost to convince the spectator, that, contrary to the habits of their race, they have abandoned gluttony. 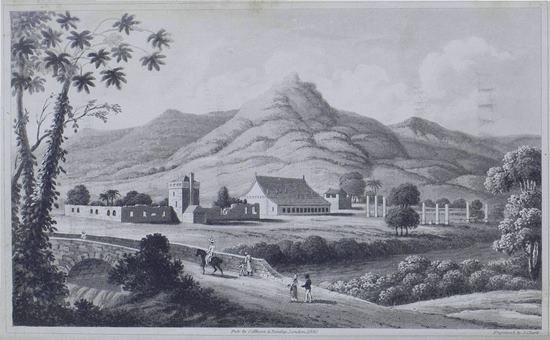 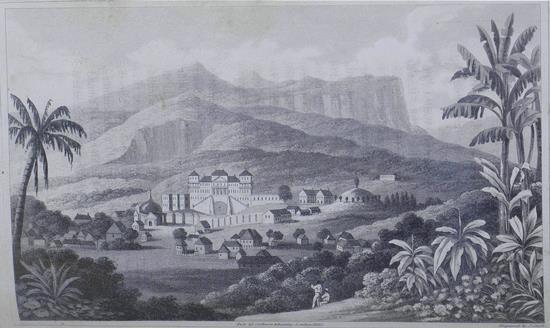 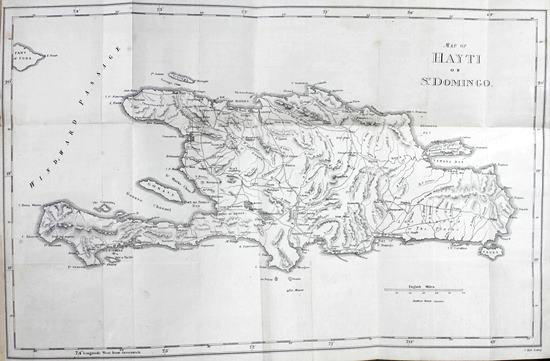