“But for this Stain”: Highlights from The American Slavery Collection, 1820-1922

“But for this Stain”: Highlights from The American Slavery Collection, 1820-1922

The June release of The American Slavery Collection, 1820-1922: From the American Antiquarian Society includes hard-to-find imprints arguing for and against slavery as well as a speech from the floor of the House of Representatives defending the First Amendment.

An Appeal to the People of the United States (1825) 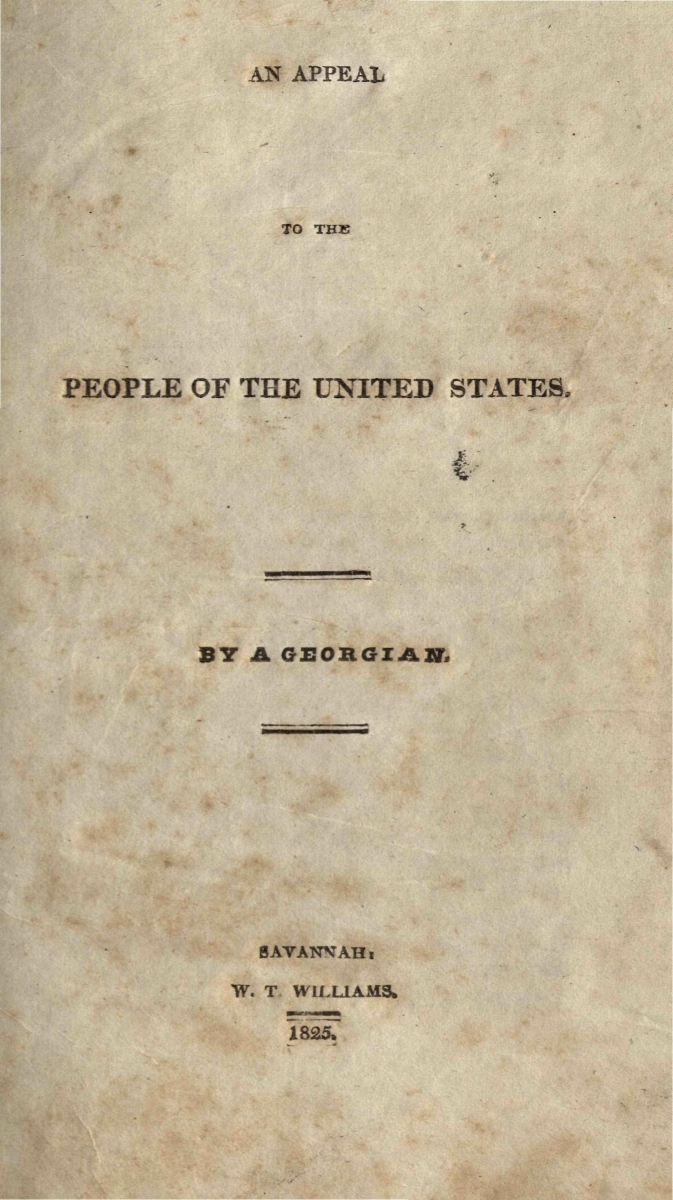 The author of this appeal writes of the wrongs committed by “the corrupt…in poisoning the public mind” against the South and reminds readers that “the union was formed in a spirit of compromise” that included the recognition of states’ rights. He continues,

The right of property in their slaves and the right of representation in three fifths of that portion of their population, was reserved to the slave states. They are rights, which without their consent can never be alienated. They were left in possession of these states, which without them, would never have become parties to the compact. When they are attempted under any pretence to be wrested from them, the compact falls to the ground. Interference in any shape tends to a violation of this compact: because every interference depreciates the value of the slave as property, weakens the power which master possesses over him, and finally destroys it; when once this is effected, not only the property, but the life of the owner and his family is sacrificed to the relentless fury of an ignorant and barbarous enemy.

The author also quotes “the authority of Scripture” to make a moral justification for the continued ownership of human beings,

Moreover of the children of the strangers that do sojourn among you, of them shall ye buy and of their families that are with you, which they begat in your land, and they shall be your possession: and ye shall take them as an inheritance for your children after you, to inherit them for a possession; they shall be your bond-men forever.

in other states, who are mocked with the name of freedom, and considered a degraded caste, forever separated from communion with their superiors; contrasted with the happy situation of those who are supported in youth and age for a moderate portion of services.

Finally, in seeking to protect the South against a perceived fanatical abolitionist sentiment, the authors offers this ironic defense:

Did they know us, they would find that we are after all, much like other human creatures; that we have the feelings and passions of men; who if they lash us, can fell; if they prick us, will bleed; if they insult us, will seek redress; if attacked, will resist; and if trodden on, will turn upon him who crushes us. 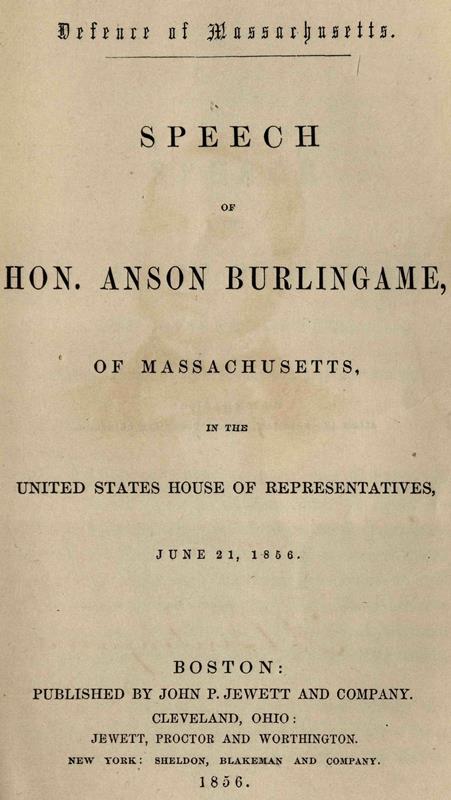 In the immediate aftermath of the attack on Senator Charles Sumner by Representative Preston Brooks, Representative Anson Burlingame rose in defense of Massachusetts, his fellow Bay Stater, and their First Amendment rights. In a tone as biting as Sumner’s in his “Crime Against Kansas” speech, Burlingame championed his commonwealth’s right to pass a personal liberty law by contrasting it with the laws of other states.

I say, if her statue-books, instead of being filled with generous legislation—legislation which ought to be interesting to her assailants, because it is in favor of the idiotic and the blind—were filled, like those of the State of Alabama, with laws covering the State with whipping-posts, keeping half of her people in absolute slavery, and nearly all the other half in subjection to twenty-nine thousand slaveholders; if the slaveholders themselves were not permitted to trade with or teach their slaves as they choose; if ignorance were increasing faster than the population—I say, even then, you could not do any thing here with the local laws of Massachusetts.

Burlingame continued, sarcastically comparing the condition of free laborers, referred to here as operatives, to that of slaves.

He did not think, as he stood in the music of the machinery, which came from his cunning hand, how much better it would have been for him had he been born a slave, and put under the gentleman from South Carolina—a kind master, as I have no doubt he is—where he would have been well fed and clothed, and would have known none of the trials which doubtless met him on every hand. How happy he would have been if, instead of being a Massachusetts operative, he had been a slave in South Carolina, fattening, singing, and dancing upon the banks of some Southern river.

Burlingame then set aside sarcasm, and after paying homage to Sumner, closed his speech in no uncertain terms.

Sir, the sons of Massachusetts are educated at the knees of their mothers, in the doctrines of peace and good-will, and…they desire to cultivate those feelings—feelings of social kindness, and public kindness. The House will bear witness that we have not violated or trespassed upon any of them; but, sir, if we are pushed too long and too far, there are men from the old Commonwealth of Massachusetts who will not shrink from a defense of freedom of speech, and the honored State they represent, on any field where they may be assailed. 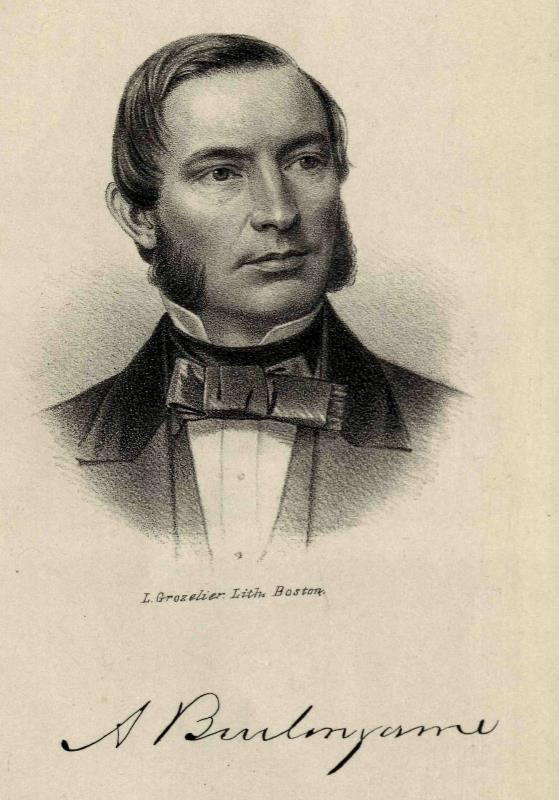 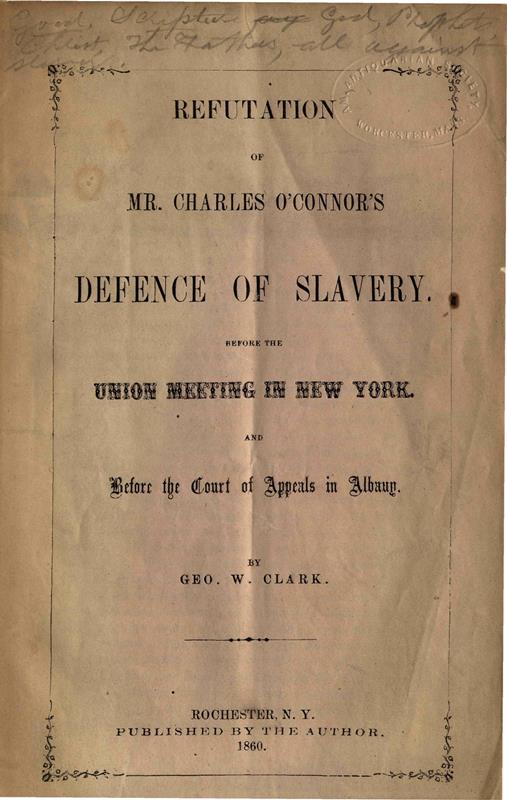 George Whitefield Clark’s thoroughly enjoyable response to Charles O’Connor’s argument in support of slavery is frequently an exercise in glibness that no précis can do justice. Clark begins by writing,

This modern champion of Slavery and the sham-democracy, and savior of the “glorious Union,” is clearly entitled to credit for one virtue at least, a virtue which we cheerfully accord on the start,—that of unblushing boldness! He enters upon his work with an energy worthy of a better cause, and pursues his subject with a relish and smack of the lip which reminds us of a man on board of a steamer one morning, who, while others were making all sorts of excuses for swallowing the poison, said—“Bar-tender, I’ll take a glass of brandy because I love it.” Like his illustrious predecessors the Cavaliers—like the Tories of the Duke of Buckingham—Bishop Laud, Filmer and Jeffries’ school—Mr. O’Connor comes gallantly to the rescue and strikes boldly for Slavery.

Later in his address, Clark asks:

Is it possible…that this heroic advocate of the revolting system of chattel slavery, is a fellow countryman, and perhaps a descendant of the eloquent and illustrious Daniel O’Connell, who….in his address to Irishmen in America, stigmatized slavery as a “foul blot upon the noble institutions and fair fame of their adopted country! But for this stain,” said he, “America would indeed be a land worthy of your adoption; but she will never be the glorious country that her FREE CONSTITUTION designed her to be, so long as her soil is polluted by the footprint of a single slave!”