“A thousand rooted and hallowed prejudices”: Caribbean History and Culture, 1535-1920 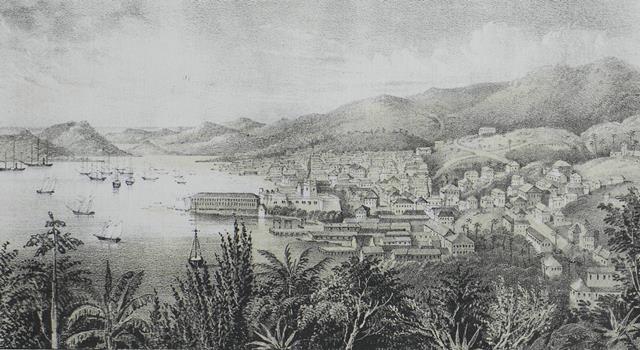 The initial release of Caribbean History and Culture, 1535-1920: Imprints from the Library Company of Philadelphia includes an 18th-century account of natural disasters in the West Indies, an early 19th-century description of sugar cultivation and rum production, and a later report enumerating the terrible punishments meted out under the Danish crown to insubordinate and recaptured slaves. 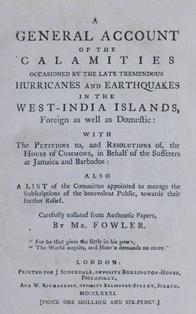 A General Account of the Calamities Occasioned by the Late Tremendous Hurricanes and Earthquakes in the West-India Islands, Foreign as Well as Domestic (1781)

The Great Hurricane of 1780 is the deadliest Atlantic hurricane on record, killing between 20,000 and 22,000 people. The hurricane struck the Lesser Antilles with winds possibly as strong as 200 mph leaving extensive damage to the many islands’ coastlines as well as causing heavy losses to the British and French fleets patrolling the area.

…perhaps the most complicated and universal catastrophe that ever yet befell the islands under our immediate contemplation.

The natural disaster was so destructive this imprint concludes with an advertisement seeking support throughout Great Britain for the storm victims:

The Committee appointed for receiving subscriptions for the relief of the unhappy sufferers in Jamaica and Barbados do give notice to all bodies corporate, societies, and the public in general, the subscriptions will be received by the several bankers in London and Westminster, for this benevolent purpose…All bankers in Great Britain and Ireland are requested to open subscription-books immediately, in order to promote an object of such importance.

The public may be assured, that the whole proceedings of the Committee will, from time to time, be laid before them, and the money collected applied as frugally and expeditiously as possible for the relief of the sufferers. 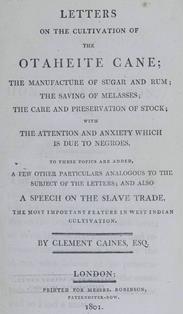 Letters on the Cultivation of the Otaheite Cane: The Manufacture of Sugar and Rum; The Saving of Melasses; The Care and Preservation of Stock; with the Attention and Anxiety which is Due to Negroes (1801)
By Clement Caines

Beyond suggestions on improving sugar cane cultivation, Clement Caines included within this work a speech on the slave trade, calling it “the most important feature in West Indian cultivation.” In his speech addressed to the British colonial authority, the General Assembly of the Leeward Island, Caines turned his attention to a resolution supporting the continuation of the slave trade, which read in part:

Resolved, that an abolition of the Slave Trade, (supposing it to be practicable,) a trade sanctioned as it has been by repeated statutes and royal proclamations, and forming, as we affirm it does, the very basis of our colonial system, would be oppressive to the British planter, destructive to the sugar colonies, and consequently to the British revenue; and of no benefit to the Africans themselves.

Caines offered these sentiments on the resolution before the General Assembly:

To communicate my opinion, Mr. Speaker, on the present subject, important as it is to us, and interesting as it is to humanity, will require but few words. Many more will, I fear, be necessary to enforce the reasons, upon which my opinion is founded. Because they oppose a thousand rooted and hallowed prejudices. Prejudices, that are rooted in the minds of those, to whom I address myself, and hallowed by an alliance with their interests. 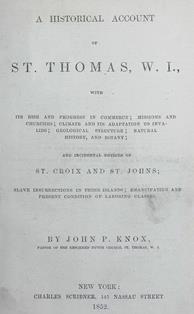 In this work John Knox, Pastor of the Reformed Dutch Church in St. Thomas, discusses the island’s “rise and progress in commerce; missions and churches; climate and its adaptation to invalids; geological structure; natural history, and botany…”

Knox also wrote about slave insurrections and reprinted the following 1733 ordinance issued by the Royal Council which literally spelled out the horrors of slavery in the Danish-controlled West Indies:

1. The leader of runaway slaves shall be pinched three times with red-hot iron, and then hung.

3. Any slave being aware of the intention of others to run away, and not giving information, shall be burned in the forehead, and receive one hundred stripes.

4. Those who inform of plots to run away, shall receive $10 for each slave engaged therein.

5. A slave who runs away for eight days, shall have one hundred and fifty stripes, twelve weeks shall lose a leg, and six months shall forfeit life, unless the owner pardon him with the loss of one leg.

7. Slaves who shall receive stolen goods, as such, or protect runaways, shall be branded, and receive one hundred and fifty stripes.

8. A slave who lifts his hand to strike a white person, or threaten him with violence, shall be pinched, and hung, should the white person demand it, if not to lose his right hand.

9. One white person shall be sufficient to witness against a slave and if a slave be suspected of crime, he can be tried by torture.

10. A slave meeting a white person, shall step aside, and wait until he passes; if not he may be flogged.

11. No slave will be permitted to come to town with clubs or knives, nor fight with each other, under penalty of fifty stripes.

12. Witchcraft shall be punished with flogging.

13. A slave who shall attempt to poison his master, shall be pinched three times with red-hot iron, and then broken on a wheel. 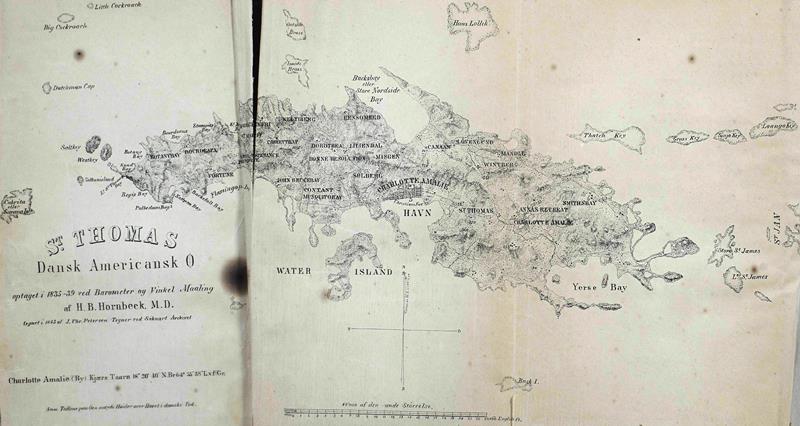