“In Xandu did Cublai Can”: Highlights from African History and Culture, 1540-1921 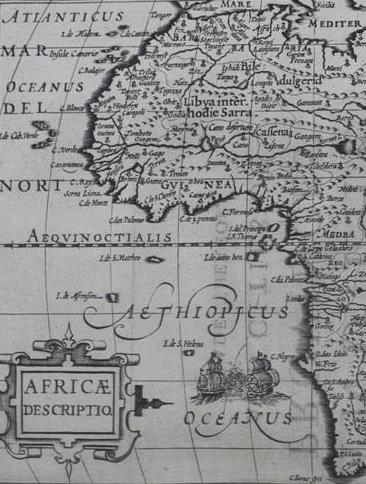 April’s release of African History and Culture, 1540-1921: Imprints from the Library Company of Philadelphia includes several fascinating 17th-century works from the Age of Discovery. This period of European global exploration led to the Columbian Exchange in which commodities, cultures, and communicable diseases were widely transferred between Eastern and Western hemispheres. In one of these books is the passage describing Xanadu that inspired Samuel Taylor Coleridge—after waking from a drug-fueled dream—to compose one of his best-known poems. 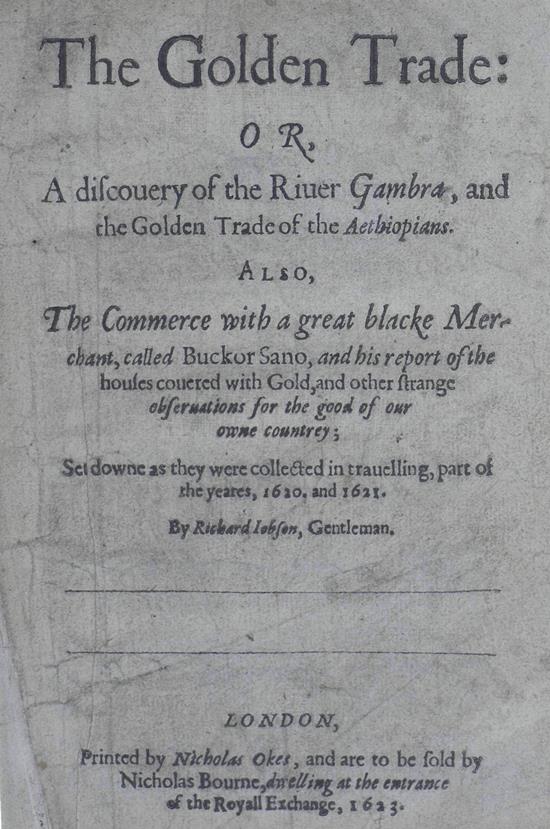 In 1620 English explorer Richard Jobson commanded an expedition to explore the Gambia River. Although he and his fellow adventurers failed to find the gold they sought, Jobson returned to England with a wealth of information about the region. Included in this book, the first European work to mention the board game Mancala, is a first-hand description of the legendary African trader Buckor Sano and this explanation of a previousoly unencountered method of trade:

Merchants were appointed houses where they “unlade their commodities; and laying their salt in several heaps, and likewise setting their beads, bracelets, and nay other commodities in parcels together, they depart, and remain away a whole day, in which day comes the people they trade withall, and to each several lays down a proportion of gold, as he values it, and leaving both the commodity and the gold goes his ways: the Merchant returning again, as he accepts of the bargain, takes away the gold and lets the commodity remain, or if he finds there is too little left, divides his commodity into another part; for which he will have more, at the unknown peoples return, they take to themselves, where they see the gold is gone, and either lay more gold or take away what was laid before…”

Purchas His Pilgrimage: Relations of the World and the Religions Observed in All Ages and Places Discovered, from the Creation unto this Present (1626)

Although Samuel Purchas, by his own account, never traveled “200 miles from Thaxted in Essex where I was borne,” he published several volumes of reports of those who had been abroad. Purchas His Pilgrimage was his first such work and is a tour de force. Purchas included theological and geographical histories of Asia, Africa, and America and “brief descriptions of the countries, nations, states, discoveries, private and public customs, and the most remarkable rarities of nature, or human industry…”

No where can Antiquity plead a longer succession of error; no where of Superstition more multiplicitie, more blind zeal, in prosecuting the same themselves; or cruelty in persecuting others not gain-said. Oh Egypt! wonderful in Nature…; wonderful for Antiquity…; but in no way so wonderful, as in thy Religions, wherewith thou have disturbed the rest of the World, both elder and later, Heathen and Christian, to which thou have been a…Mother of Abominations…

Purchas His Pilgrimage is also notable for having inspired Samuel Taylor Coleridge’s poem Kubla Khan. Coleridge composed the poem upon waking from an opium-influenced dream he had had after falling asleep while reading this passage:

In Xandu did Cublai Can build a stately Palace, encompassing sixteen miles of plain ground with a wall, wherein are fertile Meadows, pleasant Springs, delightful streams, and all sorts of beasts of chase and game, and in the middest thereof a sumptuous house of pleasure, which may be removed from place to place.

The Merchants Mappe of Commerce: Wherein, the Universall Manner and Matter of Trade, Is Compendiously Handled (1638) 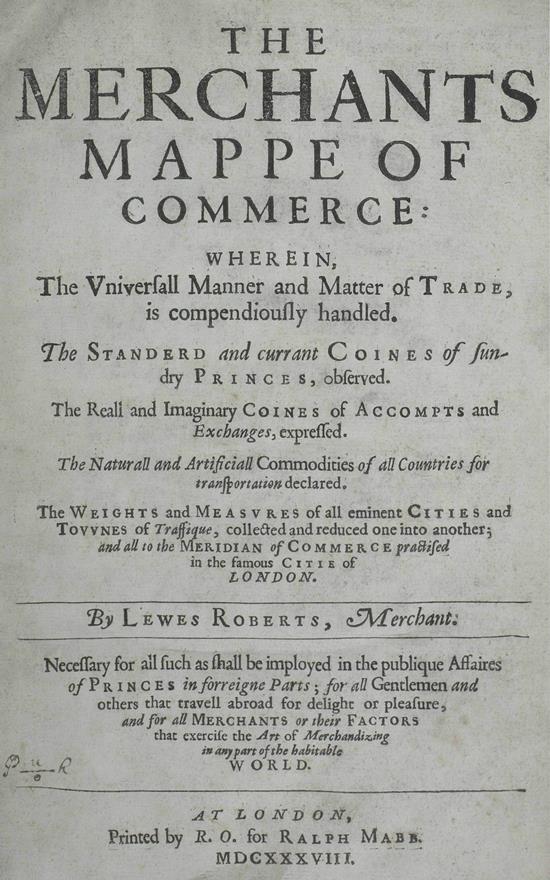 Lewes Roberts was a British merchant who served as a captain in the Honourable Artillery Company and as director of the East India Company. In The Merchants Mappe of Commerce, Roberts provides detailed descriptions of the various coins, weights, and measures used throughout much of the world. Roberts’s primary interest was in the commerce of various regions and, as in the case of the North African city referred to as Tremesin, any associated dangers:

In it are accounted eighty thousand souls, the most part of them living by Piracies. Merchandizing is not much in use in this City, yet some of the Inhabitants are found to detest this common ill gotten gain, by piracy and theft, and these are observed to maintain some trade with other nations along the coast.

Anecdotal as his advice to merchants may be, Roberts also included a comprehensive table containing the longitude and latitude of the major cities described in his opus as well as many exquisitely detailed maps, including this map of Africa: 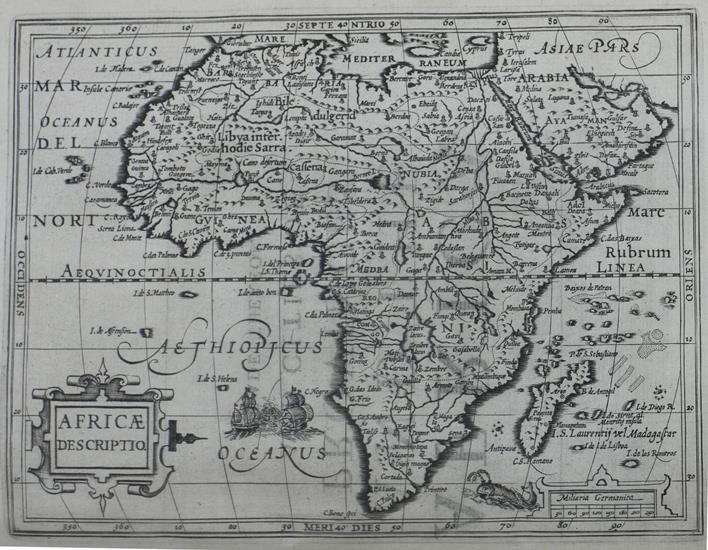