“Attempting To Prefer Death To Slavery”: Highlights from Black Authors, 1556-1922

The initial release of Black Authors, 1556-1922: Imprints from the Library Company of Philadelphia includes the first widely-read slave narrative, an early history of African-American patriotism, and Frederick Douglass’s autobiography, My Bondage and My Freedom. 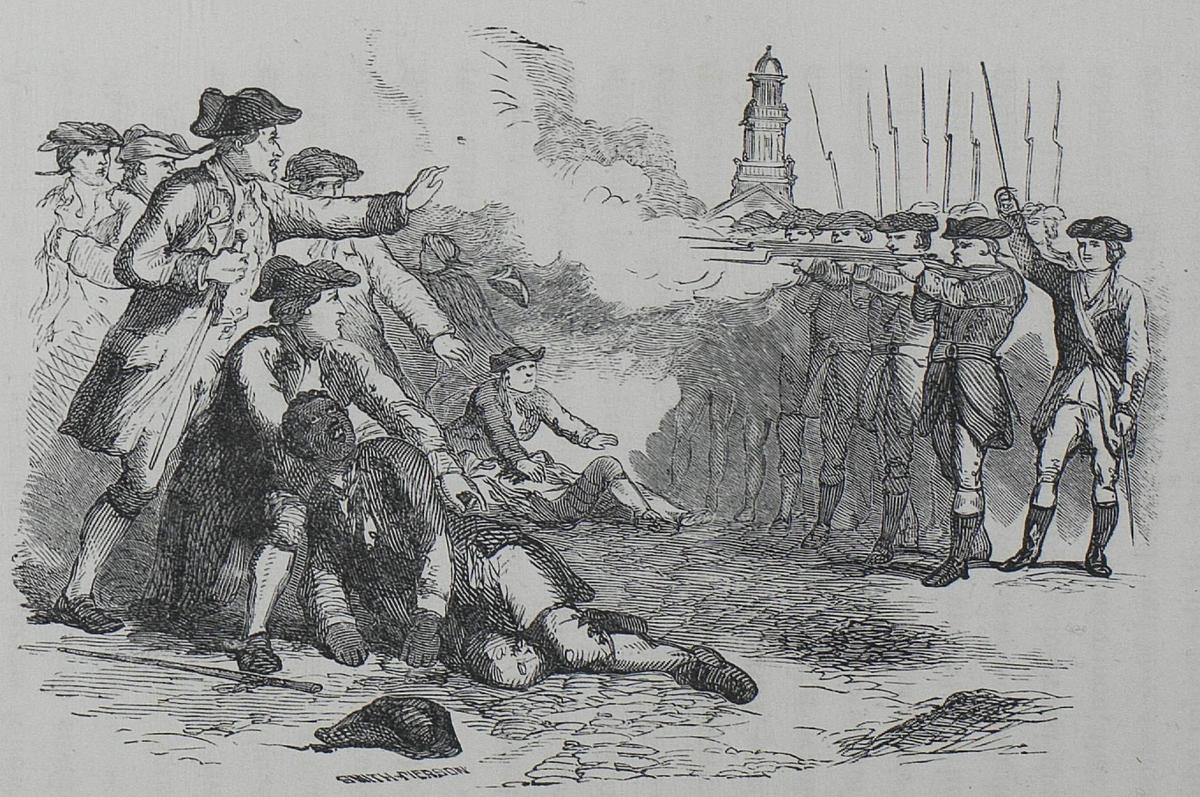 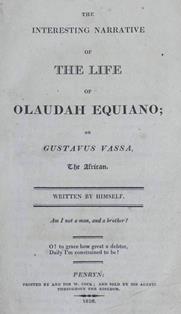 Olaudah Equiano’s story, one of the first widely-read slave narratives, includes his kidnapping in Africa, the horrors of a slave ship, and his wonderment at snow upon his arrival in England. He describes how he survived a naval battle, a shipwreck in the West Indies, and two earthquakes.

Aboard the slave ship, Equiano lived under wretched conditions, often witnessed violence, and became familiar with death. For some captives, death was preferable to enslavement:

One day, when we had a smooth sea and moderate wind, two of my wearied countrymen, who were chained together, (I was near them at the time) preferring death to such a life of misery, somehow made through the nettings and jumped into the sea: immediately another quite dejected fellow, who, on account of his illness, was suffered to be out of irons, also followed their example; and I believe many more would very soon have done the same, if they had not been prevented by the ship’s crew, who were instantly alarmed. Those of us who were the most active were in a moment put down under the deck; and there was such a noise and confusion amongst the people of the ship as I never heard before, to stop her, and get the boat out and go after the slaves. However two of the wretches were drowned, but they got the other, and afterwards flogged him unmercifully, for thus attempting to prefer death to slavery. 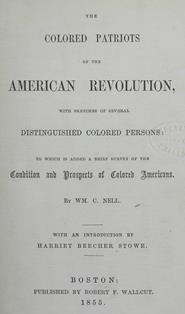 The Colored Patriots of the American Revolution, with Sketches of Several Distinguished Colored Persons: To Which Is Added a Brief Survey of the Condition and Prospects of Colored Americans (1855)
By William Cooper Nell

William Cooper Nell was an abolitionist, journalist, publisher, and author. In 1861, he was hired as a postal clerk in Boston and earned the distinction of being the first African American to serve in the federal civil service. In Boston, he advocated for school integration and wrote for The Liberator and later Frederick Douglass’ The North Star, which he began publishing in 1847. In the early 1840s, Nell helped found the New England Freedom Association and later the Committee of Vigilance. His previous work, Services of Colored Americans in the Wars of 1776 and 1812, and this short history were among the first studies published about African Americans. In her introduction to this work, Harriet Beecher Stowe wrote:

In considering the services of the Colored Patriots of the Revolution, we are to reflect upon them as far more magnanimous, because rendered to a nation which did not acknowledge them as citizens and equals, and in whose interests and prosperity they had less at stake. It was not for their own land they fought, not even for a land which had adopted them, but for a land which had enslaved them, and whose laws, even in freedom, oftener oppressed than protected. Bravery, under such circumstances, has a peculiar beauty and merit. 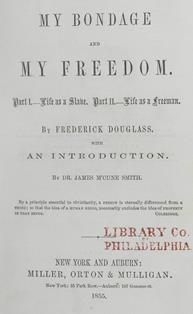 My Bondage and My Freedom (1855)
By Frederick Douglass

Abolitionist, orator, writer, and former slave, Frederick Douglass was a living counter-example to the slaveholders’ arguments that slaves lacked the intellectual capacity to function as independent citizens. James McCune Smith, who wrote the introduction to this work, was also such a counter-example. Smith graduated at the top of his class at the University of Glasgow, Scotland, and is both the first African American to hold a medical degree and the first to run a pharmacy in the United States. In his introduction Smith wrote of soliciting Douglass to tell his story and reprinted a letter of Douglass’ in which he humbly wrote:

Dear Friend: I have long entertained, as you very well know, a somewhat positive repugnance to writing or speaking anything for the public, which could, with any degree of plausibility, make me liable to the imputation of seeking personal notoriety, for its own sake. Entertaining that feeling very sincerely, and permitting its control, perhaps, quite unreasonably, I have often refused to narrate my personal experience in public anti-slavery meetings, and in sympathizing circles, when urged to do so by friends, with whose views and wishes, ordinarily, it were a pleasure to comply. In my letters and speeches, I have generally aimed to discuss the question of Slavery in the light of fundamental principles, and upon facts, notorious and open to all; making, I trust, no more of the fact of my own former enslavement, than circumstances seemed absolutely to require. I have never placed my opposition to slavery on a basis so narrow as my own enslavement, but rather upon the indestructible and unchangeable laws of human nature, every one of which is perpetually and flagrantly violated by the slave system. I have also felt that it was best for those having histories worth the writing—or supposed to be so—to commit such work to hands other than their own. To write of one’s self, in such a manner as not to incur the imputation of weakness, vanity, and egotism, is a work within the ability of but few; and I have little reason to believe that I belong to that fortunate few.