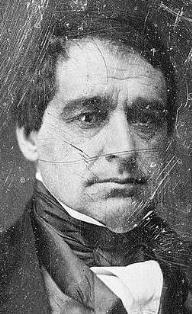 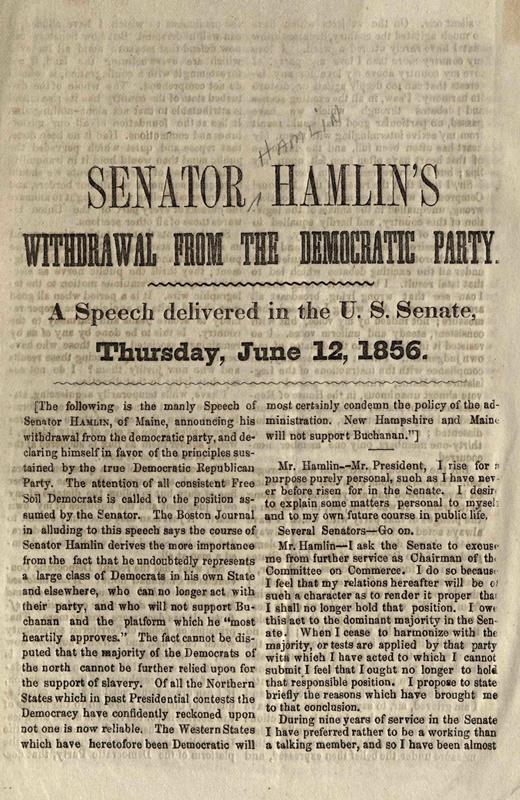 During nine years of service in the Senate I have preferred rather to be a working than a talking member, and so I have been almost a silent one. On the subjects which have so much agitated the country, Senators know that I have rarely uttered a word. I love my country more than I love my party. I love my country above my love for any interests that can too deeply agitate or disturb its harmony….My heart has often been full, and the impulses of that heart have often been felt upon my lips; but I have repressed them there.

Sir, I hold that the repeal of the Missouri Compromise was a gross moral and political wrong, unequalled in the annals of the legislation of this country, and hardly equaled in the annals of any other free country….I believed it wrong then; I can see that wrong lying broadcast all around us now.

These events leave to me only one unpleasant duty, which is to declare here that I can maintain political association with no party that insists upon such doctrines; that I can support no man for President who avows and recognizes them; and that the little of that power with which god has endowed me shall be employed to battle manfully, firmly and consistently for his defeat, demanded as it is by the highest interests of the country which owns all my allegiance.

The motion to excuse the senator from the Committee on Commerce was summarily agreed to and Hannibal Hamlin’s political career as a Democrat was over. As a Republican he briefly served as Maine’s governor before returning to the Senate and eventually joining an Illinois rail-splitter on the 1860 presidential ticket.

A South Carolina Protest against Slavery: Being a Letter from Henry Laurens, Second President of the Continental Congress, to His Son, Colonel John Laurens; Dated Charleston, S.C., August 14th, 1776. Now first published from the Original (1861)

Henry Laurens (1724-1792) fought in the French and Indian War, worked as a partner in the largest slave-trading house in North America, and supported the American Revolution politically and financially. In 1780 he became the only American to have been held prisoner in the Tower of London.

First published in 1861, this letter was written by Laurens in 1776 to his son John, who was serving as a colonel in the Continental Army. Although slavery is discussed within, it is not quite the protest its title claims: 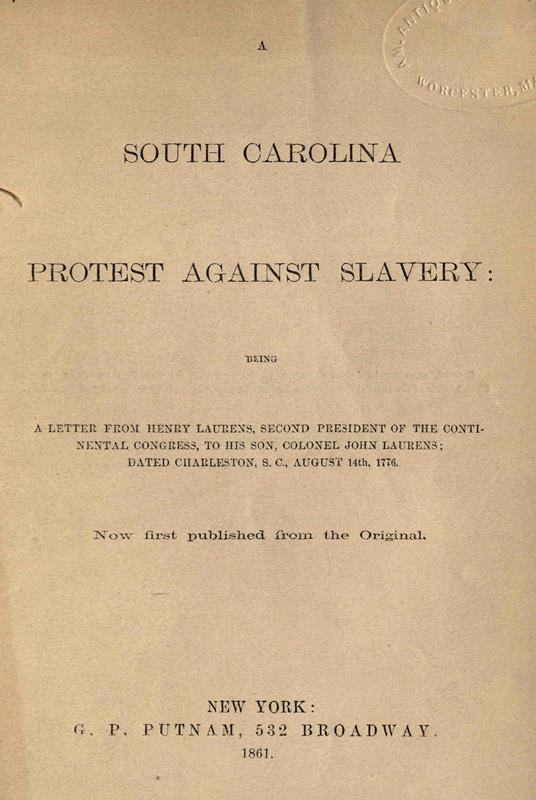 You know, my dear son, I abhor slavery. I was born in a country where slavery had been established by British kings and parliaments, as well as by the laws of that country ages before my existence….In former days there was no combating the prejudices of men supported by interest; the day I hope is approaching when, from principles of gratitude as well as justice, every man will strive to be foremost in showing his readiness to comply with the golden rule. Not less than twenty thousand pounds sterling would all my negroes produce if sold at public auction tomorrow. I am not the man who enslaved them; they are indebted to Englishmen for that favor; nevertheless I am devising means for manumitting many of them, and for cutting off the entail of slavery. Great powers oppose me—the laws and customs of my country, my own and the avarice of my countrymen. What will my children say if I deprive them of so much estate? These are difficulties, but not insuperable. I will do as much as I can in my time, and leave the rest to a better hand. 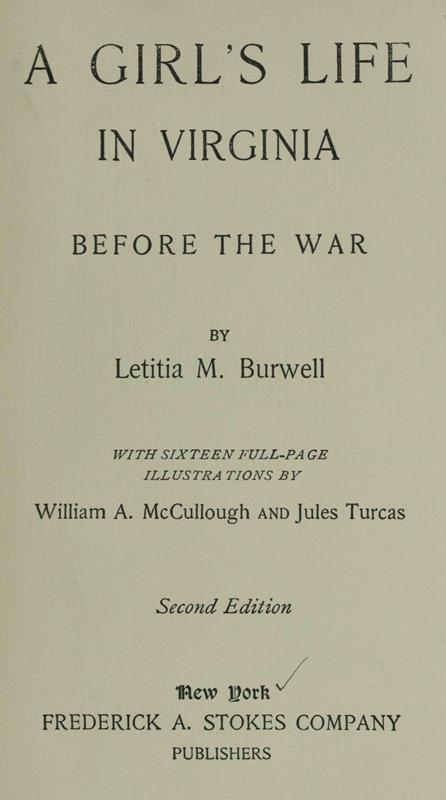 Confined exclusively to a Virginia plantation during my earliest childhood, I believed the world one vast plantation bounded by negro quarters. Rows of white cabins with gardens attached; negro men in the fields; negro women sewing, knitting, spinning, weaving, housekeeping in the cabins; with negro children dancing, romping, singing, jumping, playing around the doors,—these formed the only pictures familiar to my childhood. 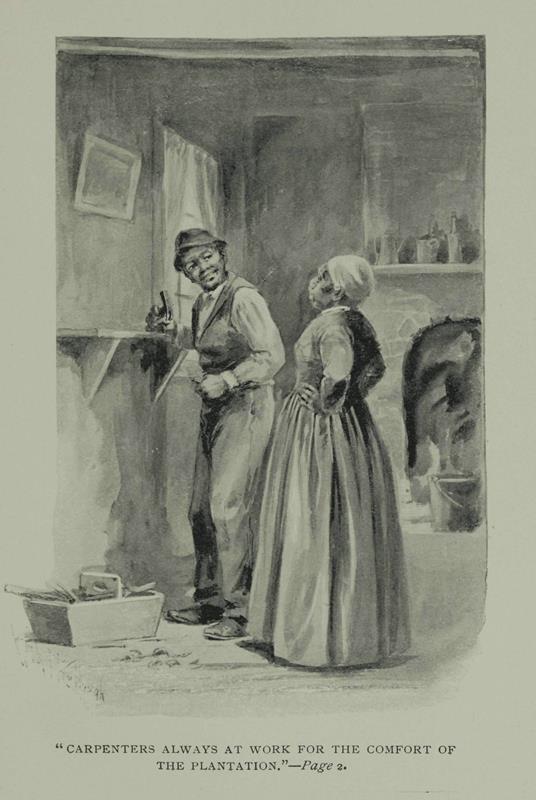 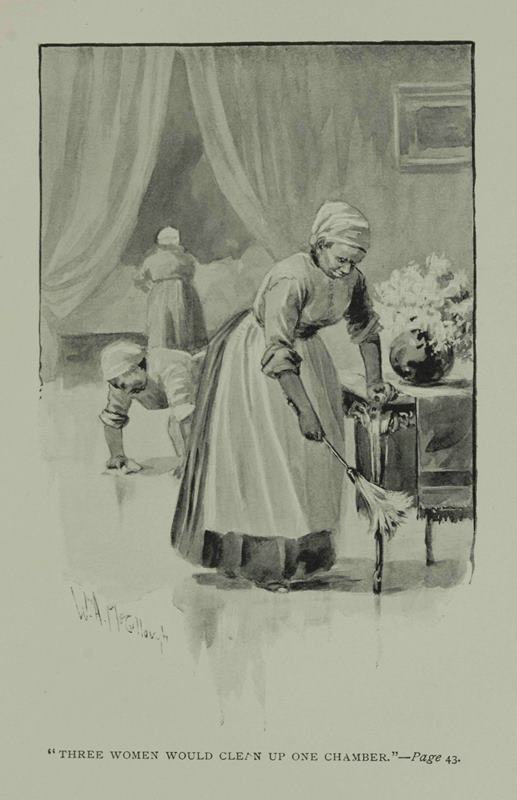 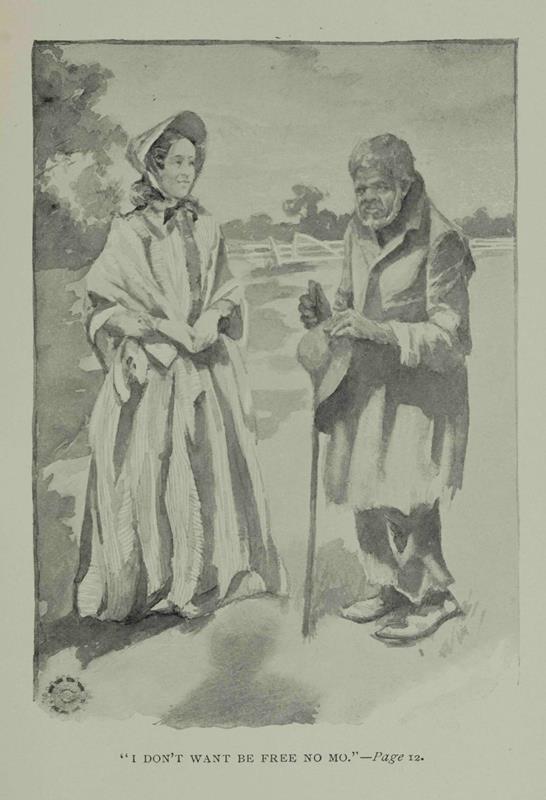 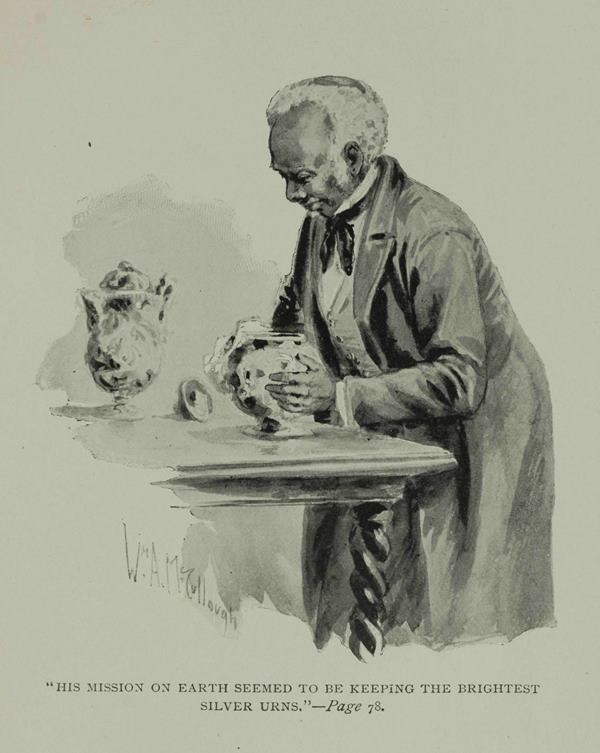 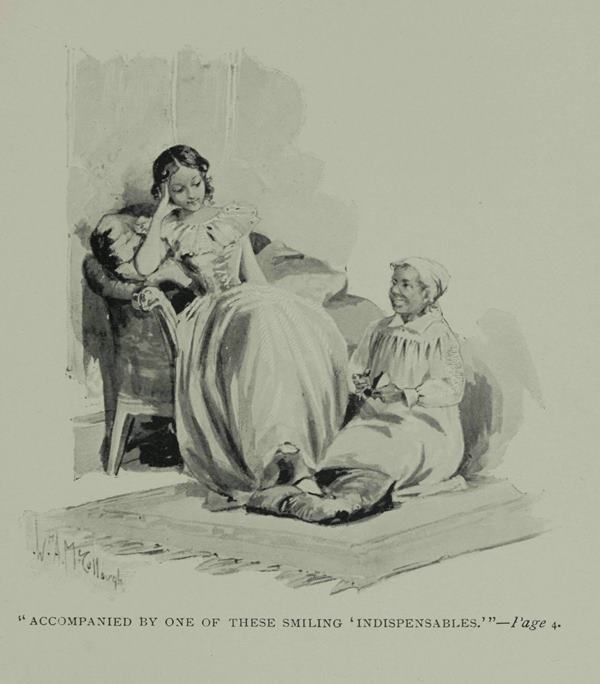