On the 100th Anniversary of the Union of South Africa 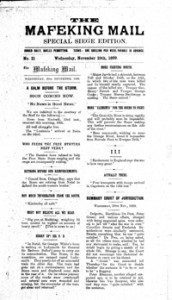 One hundred years ago last week, Great Britain created the Union of South Africa, transforming the British colony into a semi-autonomous new state with its own Parliament and its first Prime Minister, the former Boer General Louis Botha. The new union was made up of the previously separate colonies of Natal, Transvaal, Cape, and the Orange Free State. 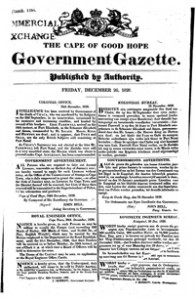 By May 31, 1910, when the Union was formed, South Africa had been ruled by the British for more than a century. The British had arrived there in 1806, when Cape Town was ruled by the French-controlled Netherlands, which made South Africa an enemy of Britain during the Napoleonic Wars. On January 8, 1806, Lt. General David Baird landed at the head of a British naval expedition and forced the Dutch to surrender, marking the beginning of Britain’s long rule. Within a week, the British took control of Cape Town’s first newspaper, The Cape Town Gazette and General Advertiser, later renaming it The Cape of Good Hope Government Gazette. 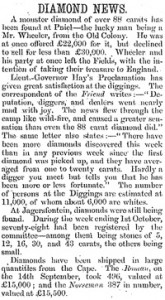 Prior to the racial conflicts of modern South Africa, the region had an equally tumultuous history throughout the nineteenth century, culminating in the discovery of both diamonds and gold and the resulting Boer Wars, which ended in 1902. As the images here attest, the newspapers in World News Archive: African Newspapers provide a sweeping chronicle of the region, from the beginning of British rule to the creation of the Union that would finally end it. For additional information about African Newspapers or to request a trial for your institution, please use this form or email sales@readex.com.