“Write what you know,” goes the dictum. Thus from Russian author Aleksandr Solzhenitsyn we have among many other works the following: 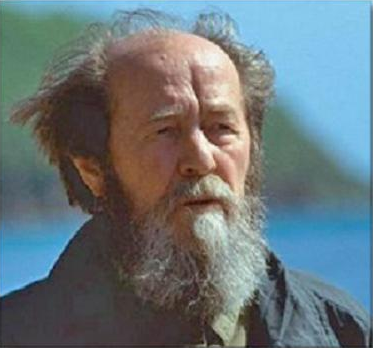 With such a pronounced critical voice, we can surmise that Solzhenitsyn’s writing was unlikely to win him lasting friends in the Soviet government. Before his first major work, One Day in the Life of Ivan Denisovich (1962), could be published, none other than Soviet Premier Nikita Khrushchev needed to give his permission. The timing was right; Khrushchev was still intent on denouncing the excesses of Stalinism, and Solzhenitsyn’s writing gained his favor in that political climate. But the thaw didn’t last. 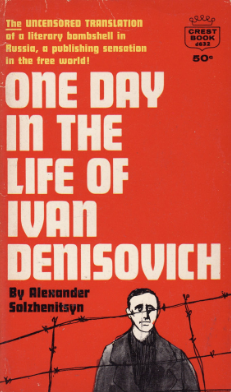 When Khrushchev was deposed in 1964, Solzhenitsyn experienced a similar downturn in his fate. By 1970 when he was awarded the Nobel Prize in Literature, he didn’t dare leave the country and so had to wait until he was sent into exile in the West in 1974 before he could actually collect the prize.

While in exile, Solzhenitsyn lived and worked in Cavendish, Vermont. He returned to Russia in 1994, where he died in 2008. During this time in his homeland, Solzhenitsyn was viewed as uniquely able to address the political and moral failings of the former Soviet Union. 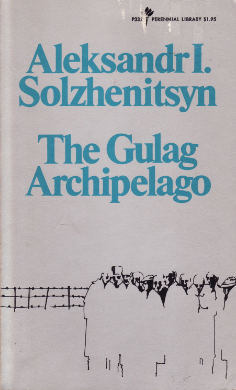 The vicissitudes of Solzhenitsyn’s creative career are readily traced through the U.S. open source intelligence reporting captured in Joint Publications Research Service (JPRS) Reports, 1957-1995 and Foreign Broadcast Information Service (FBIS) Daily Reports, 1941-1996. We first encounter the Russian author late in 1962 when he joins the USSR Writer’s Union, the Communist Party’s professional organization for writers in good standing with the government, on the strength of One Day in the Life of Ivan Denisovich.

There is no lack of irony in the gushing praise of the following official review, titled “The Youthful Forces in Our Literature” and published in Kommunist [Communist] in 1963. Given Khrushchev’s approval of the novel, the review was guaranteed to be favorable which calls the reviewer's sincerity into question along with the entire system that requires political approval of creative work, including book reviews.

The tale pictures a Russian who bears within him the indestructible foundations of moral power which have been elaborated by the people over its entire historical pathway. These foundations represent the essence of the profound moral worth of Ivan Denisovich who is fighting to preserve in himself Man spelled with a capital. The tale reveals justly and profoundly the arbitrariness and lawlessness of the Stalin personality cult. It expresses the humanism of our time and marks a restoration of the Leninist standards of life in our country.

Solzhenitsyn was born into revolution in 1918. He was raised in Russia by his mother in the Russian Orthodox religion. He studied mathematics at the university level, and he served as an artillery officer in World War II. During his military service in Prussia in 1945 he was arrested for making critical remarks about the government in his private correspondence, and so began his life as a political prisoner and exile. He was finally rehabilitated (released from servitude and restored as an officially recognized writer) in 1956, following Khrushchev’s “secret speech” denouncing Stalin. 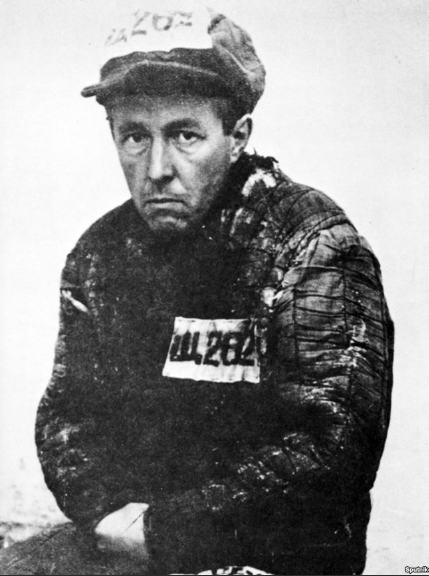 Despite Khrushchev’s imprimatur, there was still a robust debate in the 1960s among the intelligentsia and political elite regarding the orthodoxy of Solzhenitsyn’s perspective on communism. His official sanction as a member of USSR Writers Union did not last long. Barely five years after Leonid Brezhnev replaced Nikita Khrushchev as General Secretary in 1964, the USSR Writers Union announced Solzhenitsyn’s expulsion from its ranks in Moskovskaya Pravda [Moscow Truth]:

The speech noted that in a period of sharp ideological struggle when the enemies of communism are waging a bitter and slanderous campaign against the socialist countries, and in particular against the Soviet Union, the position of a writer who aids foreign ideological enemies and who helps to intensify anti-Soviet propaganda through his creative work and conduct indeed reveals his transition to a hostile camp. Such a position excludes the possibility of A.I. Solzhenitsyn remaining longer in the ranks of the USSR Writers Union.

Solzhenitsyn was articulate and unyielding in his own defense. First, he tried to make his case from within the system, appealing to his peers in the USSR Writers Congress in 1968 in the German-language periodical Posev [Sowing]:

A literature which does not breathe the air of its society, which does not dare transmit to the society its aches and alarms, adequately warned of the threatening moral and social dangers could not even be called a literature. It could be considered no more than a whitewash. Such a literature loses the trust of its own people and it is used not as reading material but as scrap.

When he won the Nobel Prize in Literature in 1970, his international reputation contrasted severely with the official contempt with which he was viewed at home. What follows is an excerpt from the TASS International Service, the official news agency of the Soviet Union:

Soviet writers have repeatedly expressed in the press their attitude to Alexandr Solzhenitsyn's work and behavior, which--as was stressed by the secretariat of the board of the Writers' Union of the Russian Federation--came into conflict with the principles and tasks of the voluntary association of Soviet writers. Soviet writers expelled Alexandr Solzhenitsyn from their union. As we know, this decision was actively supported by the entire public of the country.

Still Solzhenitsyn fought for his honor as an artist and as a man, much as he had during his military service. His sharpest criticism often appeared in Western European publications such as Die Zeit [Time] in 1972, two years before he would himself be transported to West Germany:

Oh, how they looked through my war documents, how they searched to see if I, like Ivan Denisovich, had not spent at least two wretched days in prison. Would that have been a find! But besides, from a secret tribunal, one can spin any lie he likes for the credulous public. And they slandered me for years, really for years, in auditoriums near and far, all over the country. 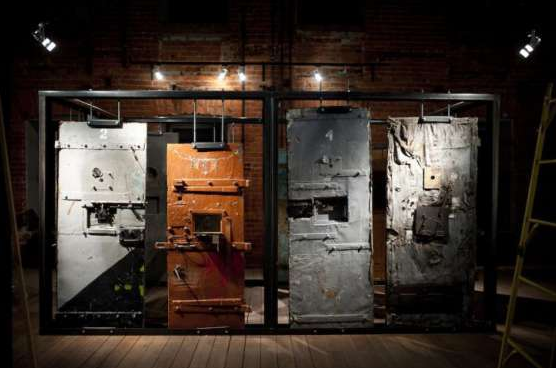 It would take the collapse of the Soviet Union before Solzhenitsyn could contemplate a return to his homeland. He found attitudes in the former Soviet Union much changed from his earlier experience. From 1994 roundtable interviews with artists and authors published in the newspaper Zavtra [Tomorrow]:

[Victor Sergeyevich Rozov, Soviet dramaturgist, commenting on how Solzhenitsyn's return to his homeland will affect Russian culture]. I have thought about that. I am most interested of all in this: Whom will Alexandr Isayevich be with? Will he be with the people of with the government? That is for me the fundamental question. My attitude toward him as the creator of the enormous work The GULAG Archipelago is one of respect. I read that book when it was still forbidden. I read it and thought: That man should have a monument erected to him for writing this book. 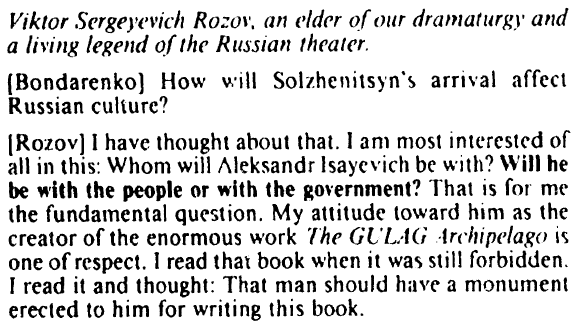 His return to Russia was, in a word, operatic. In 1994, in Rossiyskiye Vesti [Russian News] there was talk of the “Solzhenitsyn factor” in politics; Solzhenitsyn was viewed as the star by which the country could reorient itself as a more just and open society:

...a person has at last appeared among us whose authority coincides with the knowledge of what must be done.

He toured the country before his triumphant arrival in Moscow where he met with dignitaries including Vladimir Putin. 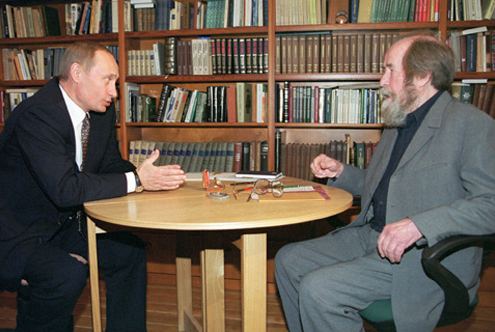 In his final years, Solzhenitsyn exercised significant influence based on a life which spanned the entire tenure of the Soviet Union, lived in the East and the West. His work is now required reading in Russian schools. When he died in 2008 he was given the equivalent of a state funeral, and he was interred in a Moscow monastery.