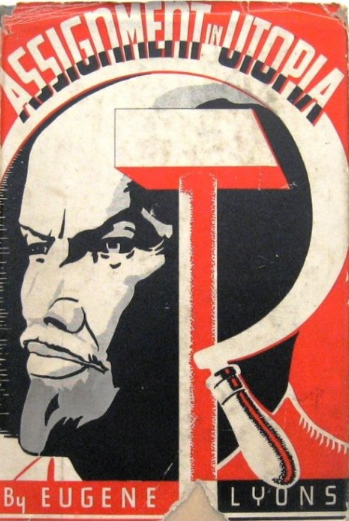 In 1967 author and journalist Eugene Lyons published an article in the Washington Evening Star under the headline, “Freedom Came to Russians on this Day 50 Years Ago.” A bit of math would place that momentous event in 1917; surely he’s referring to the “Great October” revolution? 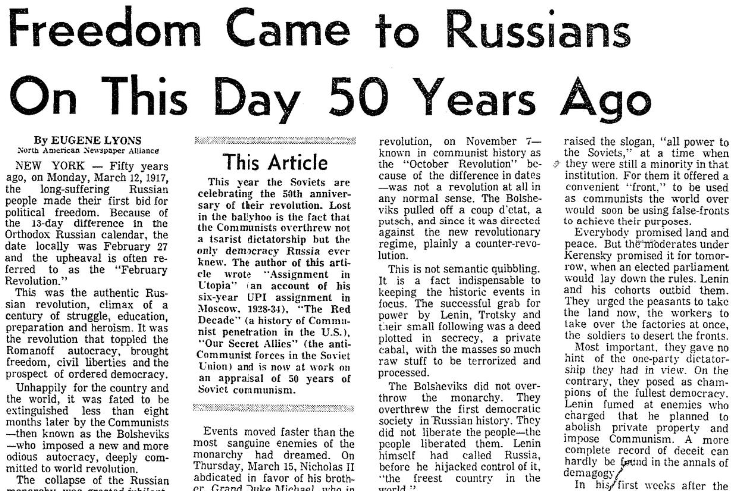 No, his dateline is March 12, and the revolution he’s commemorating is the one that actually resulted in the abdication of Tsar Nicholas II and the collapse of the Romanov dynasty. By Lyons’ reckoning, the true Russian revolution occurred in February (following the Russian Orthodox Julian calendar, which would place it in March according to the Gregorian calendar used in the West).

In his article, Lyons took severe issue with the Soviet mythology surrounding the October (Bolshevik) revolution that literally wiped out the most liberal government Russia had ever known, writing:

The successful grab for power by Lenin, Trotsky, and their small following was a deed plotted in secrecy, a private cabal, with the masses so much raw stuff to be terrorized and processed. 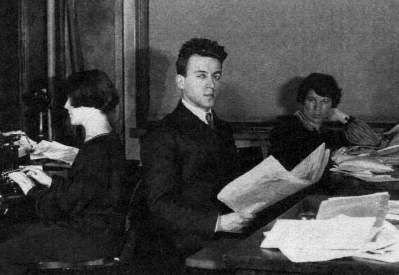 He knew whereof he wrote. Lyons was born in Belarus in 1898. His family emigrated to New York shortly thereafter. He grew up desperately poor in the slums of the Lower East Side of Manhattan in a family of Jewish socialists, by virtue of which he completely identified with leftist causes and ideals.

His communist pedigree was so far above reproach that in 1928 he was invited by the Soviet news agency TASS to work in Moscow as America’s United Press correspondent. He saw himself as following in the footsteps of another leftist American journalist, John Reed, author of the book Ten Days that Shook the World, who had reported on the Bolshevik revolution. And so it was altogether fitting that in 1930 Lyons became the first Western journalist to interview Joseph Stalin.

The young radical was perhaps overawed by this encounter with Stalin, but during Lyons’ six-year tenure in the Soviet Union his enchantment wore increasingly thin. By the time he returned to the United States in 1934 he had seen enough of Soviet famine, bureaucratic obstinacy, duplicity and terror to shift his politics considerably to the right. Assignment in Utopia (1937), the second book resulting from Lyons’ change of heart, was a passionate, first-person dismantling of Soviet communism.

It would be difficult to overstate the influence of this book. For example, George Orwell wrote a review of Assignment in Utopia in 1938. Winston Smith’s “Two plus two equals five” from Orwell's novel Nineteen Eighty-four (1949) also happens to be the title of Chapter XV of Lyons’ book; it originally referred to the Soviet impetus to fulfill a five-year plan in four years:

The formula 2+2=5 instantly riveted my attention. It seemed to me at once bold and preposterous—the daring and the paradox and the tragic absurdity of the Soviet scene, its mystical simplicity, its defiance of logic, all reduced to nose-thumbing arithmetic....2+2=5: in electric lights on Moscow housefronts, in foot-high letters on billboards, spelled planned error, hyperbole, perverse optimism; something childishly headstrong and stirringly imaginative....2+2=5: a slogan born in premature success, tobogganing toward horror and destined to end up, lamely, as 2+2-1/4=5.... 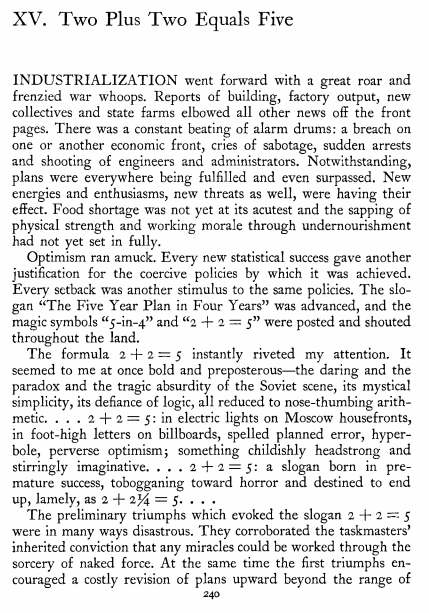 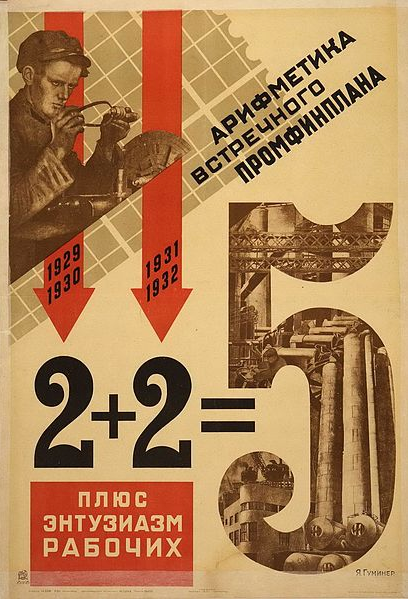 None other than Leon Trotsky (exiled in Mexico) noticed Lyons’ work in his own 1938 book Twenty Years of Stalinist Degeneration. Calling attention to Lyons’ emphasis on anti-Semitism in the Soviet Union, Trotsky wrote:

In his interesting, though not profound, book, Assignment in Utopia, Eugene Lyons, who spent many years in Moscow, relates how the bureaucracy exploited systematically, even if covertly, anti-Semitic prejudices in order to entrench its rule. And how can it be otherwise? Bureaucratic centralism is unthinkable without chauvinism, while anti-Semitism has always been the line of least resistance so far as chauvinism is concerned.

Unsurprisingly, over twenty years after publication of Assignment in Utopia, we find Lyons cited in the U.S. Congressional Serial Set, 1817-1994, as a consultant to the House Committee on Un-American Activities: 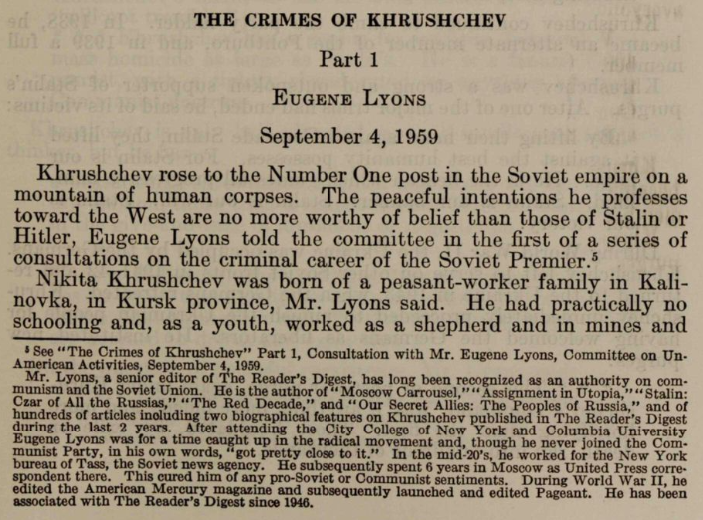 Even in 1977, far removed from his time in Moscow, in Joint Publications Research Service (JPRS) Reports, 1957-1995, we find Lyons’ early insights echoed in Montevideo, Uruguay:

Lyons was also associated with Radio Liberty, and so it's not surprising to find him in Foreign Broadcast Information Service (FBIS) Daily Reports, 1941-1996:

Eugene Lyons, PRAVDA says, is a journalist by profession and a provocateur by avocation. He has been a "specialist on Russia" ever since his last visit to Moscow in 1934 as a UP correspondent. He has been charged many times with organizing anti-Soviet broadcasts of Radio Free Europe, where he is an acting political advisor.

Lyons wrote a number of books, including a defense of Sacco and Vanzetti, biographies of Joseph Stalin and Herbert Hoover, and Workers’ Paradise Lost (1967), a stern reckoning of the results of the Soviet experiment. 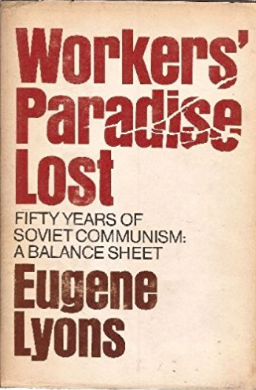 One can only imagine what Lyons would have made of the dissolution of the Soviet Union in 1991. He died in 1985 on the verge of that epic event, not in Moscow as his hero John Reed did but in Manhattan, the city that had embraced him regardless of his politics.

We began with Lyons’ dissenting take on the festivities surrounding the anniversary of the Russian Revolution, so we’ll close on another writer’s proposal that instead of celebrating the Great October, we instead celebrate Eugene Lyons:

I suppose it is too late, and that the President of the United States, the majority leaders of Congress, and the Chief Justice of the Supreme Court will join the Soviet ambassador next month in celebrating the 50th anniversary of the Soviet Revolution. My proposal would be that, instead, they convene somewhere to celebrate the 50th anniversary of the education of Eugene Lyons. 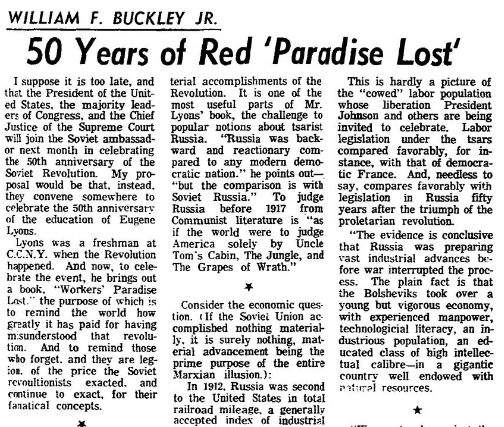