Beyond the Lunatic Fringe

Beyond the Lunatic Fringe 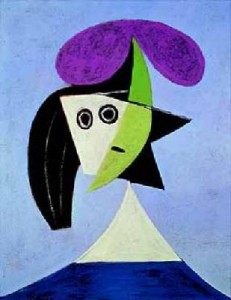 The lunatic fringe was fully in evidence, especially in the rooms devoted to the Cubists and Futurists, or Near-Impressionists. (Outlook, 29 Mar. 1913) This, along with a usage in Roosevelt’s Autobiography (1913), represents the earliest known use of the phrase lunatic fringe. 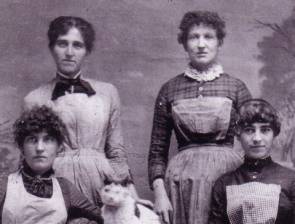 But in his “You can quote me” column in the September-October 2010 issue of the Yale Alumni Magazine, Shapiro retracts his original ascription of the earliest use of that phrase to Teddy Roosevelt and replaces it with some convincing evidence to show that the “lunatic fringe” was a phrase to describe a new, at least in the middle-to-late 1870s, hair style for women. His brief comments are well worth quoting in full because they illustrate how dangerous it can be to rely solely on received wisdom from standard secondary sources.

More recently, I searched for lunatic fringe in historical databases. To my surprise, I found many uses from before 1913—all in a very different sense from Roosevelt's. Here are a few:

"The girls!" exclaimed Miss Lizzie, lifting her eyebrows till they met the "lunatic fringe" of hair which straggled uncurled down her forehead. (Oliver Optic's Magazine, February 1874) "LUNATIC Fringe" is the name given to the fashion of cropping the hair and letting the ends hang down over the forehead. (Wheeling Daily Register, 24 July 1875) The "lunatic fringe" is still the mode in New York hair-dressing. (Chicago Inter Ocean, 24 May 1876)

It appears, then, that Teddy Roosevelt was playing on an existing phrase. His usage was a metaphorical extension of an expression previously applied to bangs—evidently, bangs that were considered outré. Fringe is still used in Britain for bangs, but the usage has been abandoned for so long in the United States that lexicographers were completely unaware of the coiffure-related prehistory of lunatic fringe.

Those quotations, with the exception of the one from Oliver Optic's, are from the Readex digital collection America’s Historical Newspapers. A couple other sources can be added to Shapiro’s list:

And the lunatic fringe—we are speaking still of the hair style—persisted for a number of years, at least into 1880. We read, for example, in the 21 March 1880 New York Times a letter from a certain S.E.K that contrasts “Montague Curls” with the “lunatic fringe” in a manner unfavorable to the poor fringe: 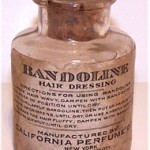 I am sure “Montagues” are a vast improvement on those straight abominations, or if you  prefer a more complimentary and man-like name, “lunatic fringe.”

“Montague curls,” it seems, involved gluing a woman’s curls to her forehead with a substance called bandoline. Both words, “Montague” and “bandoline,” would afford further opportunities for popular etymology fun. 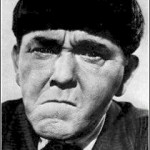 But the question remains, why was the fringe dubbed lunatic? Did it look loony? Did it remind people of the hair styles—if one can really call them styles—of lunatics? Perhaps like the much later, though seldom imitated, distinctive dish-bowl hair style of Moe Howard, the greatest of the Three Stooges? Today we would probably call the original “lunatic fringe” by the word “bangs” as Fred Shapiro suggests, or is there a better ascription that would also cover the contemporary lunatic fringe?
Tags
Filed under