Despite differences in the socio-economic structure of their country, the Russians confronted the same challenges and aspirations for the education of their children as we have in the West. This report examines the administrative side of Soviet education. Anyone who has served on a school board or struggled to understand education policy will encounter similar issues here.

Information Input and Fixation in the Human Memory during Natural Sleep

Wouldn’t it have been nice if you could actually have slept through those all-nighters you pulled in college, and still aced your coursework? This report makes the clinical case for sleep learning—hypnopedia. The author cites not only his native research but studies by the military and in other countries as well. The method was described as helpful in the acquisition of language skills, facility with telegraph key codes, and for general improvements in cognitive function. 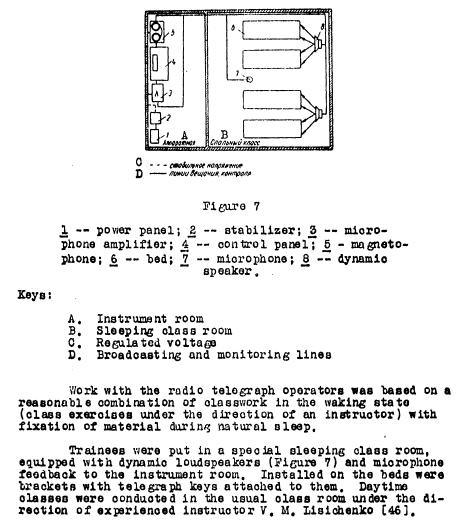