Cold War Tourism: The Sights (and Sites) of Soviet History 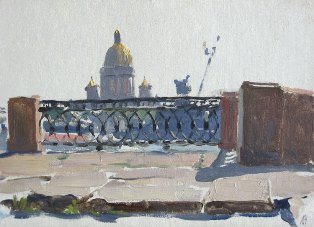 In this month’s highlights from Joint Publications Research Service (JPRS) Reports, 1957-1995, we’re taking a break from overheated rhetoric on both sides of the Iron Curtain to draw attention to the extraordinary attractions of the former Soviet Union. If, as Tip O’Neill maintained, “all politics is local,” then surely some travel is beneficial for discovering the soul of Russia beyond the slogans and soundbites.

Guidebook to Moscow Clubs and Houses of Culture (1961)

Behold, a comprehensive reference to such diverse institutions as the Central House of the Architect, the Club of the Moscow Liquor-Brandy Distillery, the Club of the Low Gas Consumption Automobile Factory, and hundreds of other social and industrial societies circa 1961. This guide comes complete with addresses, telephone numbers, transit connections, and summary paragraphs of the attractions. For an adventurous traveller, it would provide an unorthodox and fascinating means of exploring Moscow off the beaten track and from a unique historical perspective. (163 pages)

Instructions for Patients at Health Resorts in the Ukraine (1962)

Perhaps you’re headed to a spa in Sedona, Arizona, this summer, or to the Kripalu Center in Massachusetts, or plan to visit Saratoga Springs in upstate New York. During the Soviet era, Ukraine provided similar restorative retreats where the weary worker might find mud baths, radon baths, oxygen baths, nitrogen, sea-water…all the pleasures of away-from-home. Take the Eastern waters vicariously through this guide since the disputed Ukraine is much too dangerous for health tourism in today’s fraught political climate. (76 pages)

On the Peaks of Elbrus

Those seeking (geo)physical challenge might do worse than a visit to Mount Elbrus, the highest peak in Europe, on the border of the former Georgian SSR. This report is part travelogue, part research primer on alpine geography. (19 pages)

A fortress, extraordinary art, an excellent university and more decorating 101 islands in the Neva delta. One could hardly consider a tour of the former Soviet Union complete without a visit to Leningrad. Just a few of the names to conjure with: Kirov, Rimsky-Korsakov, Pushkin, Tchaikovsky, Peter the Great, and yes, Lenin. The striking contrasts of glorious cathedrals in an atheist state; a definitive palace in the worker’s paradise. Enjoy Game of Thrones? Here the royalty (and bloodshed) was real. Samuel Johnson wrote, “when a man is tired of London, he is tired of life;” the same might with justice be said of Leningrad, now reclaimed as Saint Petersburg. (61 pages)