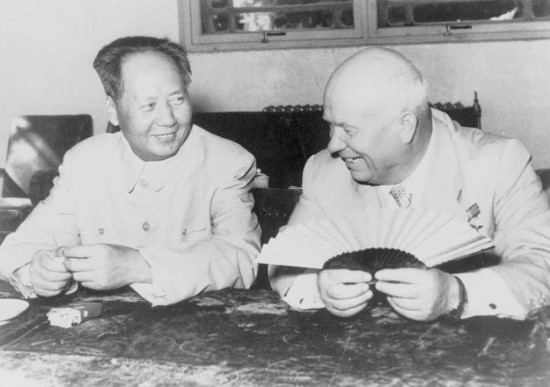 It was thought that if the communist countries could coordinate their economic planning and production among themselves, that they would reap efficiency gains similar to those envisioned in the centralization of their national economies. Although this was not always the effective result collectively, Comecon did facilitate trade between individual countries within the Eastern Bloc.

The Havana Declaration, Banner of the Struggle of the People of Latin America

The Havana Declaration was a Cuban expression of socialist solidarity with Latin American states against U.S. imperialism. It was drafted in response to the Declaration of San Jose (1960), in which the Organization of American States rejected Soviet and Chinese intervention in the Western Hemisphere.

Given the Chinese origin of this report, the reader can guess where the author’s sympathies lie.

In a model of understatement, the author asserts, “It is only natural that the feelings of the Japanese people about the atomic and hydrogen bomb problem should be more deeply forceful [than] those of other people because of our grave and excruciating experiences...”

The author comes down firmly in favor of UN coordination of the research and development of nuclear technology for peaceful purposes via the International Atomic Energy Agency and other transnational organizations.

Soviet-Chinese Friendship--Stronghold of Peace and the Security of Nations

To end on a high note, we offer a trifecta of reports celebrating Soviet-Chinese friendship as codified in the Sino-Soviet Treaty of Friendship, Alliance and Mutual Assistance (1950). But as ever in international relations, things are not quite as they appear.

Notice that the laudatory reports are all from Soviet publications. The author of the first report writes, “The ideas of peaceful coexistence, of the full and total disarmament and the prevention of a new world war are most attractive.” Not to the Chinese.

In fact, Soviet-Chinese friendship was very destructible. These reports are largely wishful thinking intended for a domestic audience—namely, propaganda. But one can readily applaud the sentiments expressed.