The Dunlop Broadside a k a The Declaration of Independence 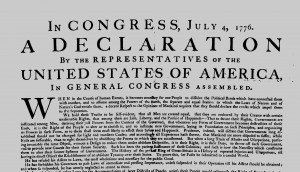 According to the U.S. National Archives and Records Administration, there are 26 known copies of the "Declaration of Independence," which is often referred to as the "Dunlop Broadside."   The name is attributed to the Philadelphia printer, John Dunlop, who was responsible for the first printing. After Dunlop printed and distributed his broadside during the late afternoon on Thursday, July 4, several newspapers published this historic document, including Philadelphia’s Pennsylvania Evening Post on July 6, 1776 and Pennsylvania Packet on July 8, 1776. 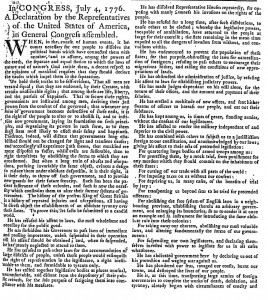 From the July 6, 1776 issue of the Pennsylvania Evening Post (America's Historical Newspapers)

On July 9, 1776, the Dunlop Broadside appeared in German translation in Der Pennsylvanische Staatsbote.