The 1810 uprising is traditionally thought to have begun on September 16. This article published on December 20, 1810 in Boston’s Independent Chronicle shows how early news of the uprising was presented in the United States. It’s short and to the point. On February 23, 1811, Baltimore’s Federal Gazette contained this translation of an article from the November 20, 1810 issue of the Spanish-language Mexico Gazette. The original article is a first-person account by Brigadier Don Felix Calleja of his actions in the field against the insurgents. Everything traveled slowly then, not just news. Publishers had no fear of reprinting materials from wherever they could get them. 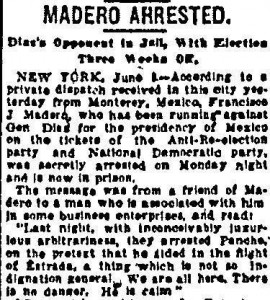 By 1910, when Mexicans revolted against President Diaz, new technology meant that the news arrived more quickly. Unlike in 1810, when the revolution was against a colonial power, the 1910 revolution occurred when Francisco Madero, a candidate for the presidency, was arrested during the campaign. This news, as seen in this June 8, 1910 issue of Rhode Island’s Pawtucket Times, appeared in the U.S. almost as soon as it happened.

Madero escaped from prison, fled to the U.S. and proclaimed a revolution. Another violent decade had started.

While the speed with which this news arrived in the early 20th century might have amazed newspaper readers of 1810, the appearance of photographs of both the major figures and from the front lines may have been even more striking.

Here’s a photo of Emiliano Zapata on horseback from the May 3, 1914 issue of the Miami Herald. 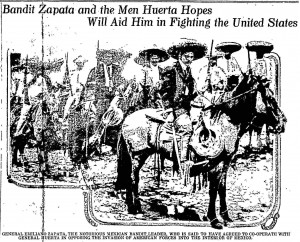 And this image from the November 30, 1913 issue of the Colorado Gazette-Telegraph groups together photos of many of the leaders of both sides in the initial phase of the struggle. 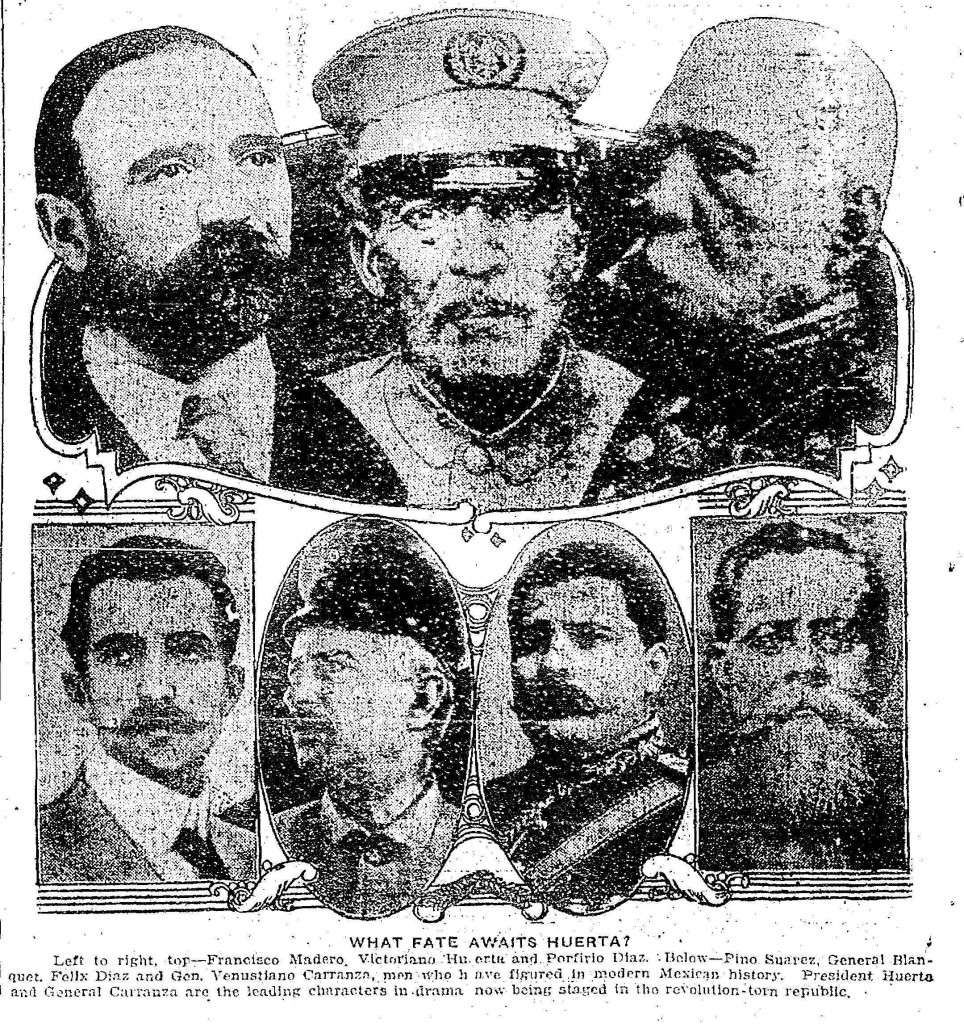 In 1810 and again in 1910, newspapers brought the reality of Mexico's Revolutions to American doorsteps.