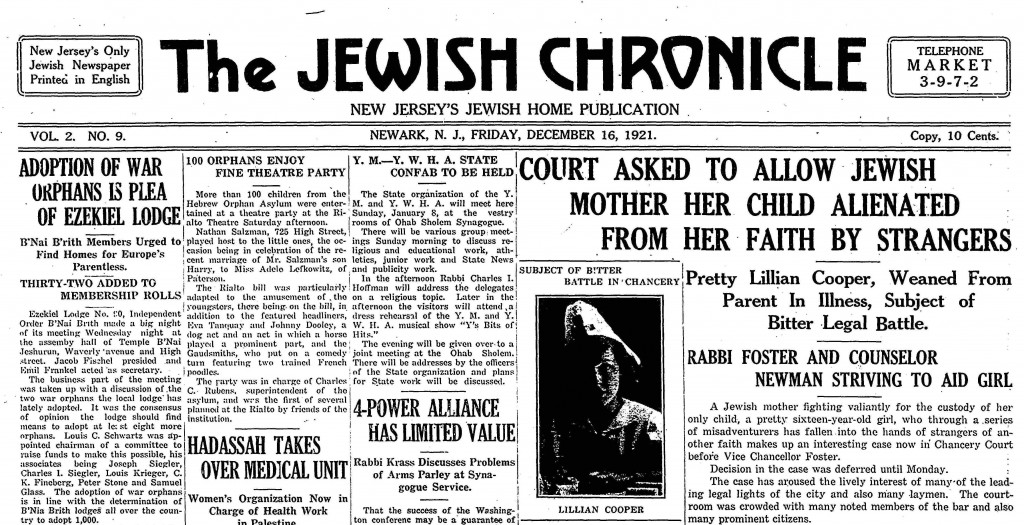 The first release of Ethnic American Newspapers from the Balch Collection, 1799-1971 is live, and this unique new resource is now available for institutional trial. Created from the newspaper holdings of the former Balch Institute of Ethnic Studies—arguably the best known ethnic research center in America—and the Historical Society of Pennsylvania, one of the largest and oldest family history libraries in the nation, this online collection will present more than 130 searchable newspapers, including many rare 19th-century titles.

Two centuries of immigrant life in the U.S.

With an emphasis on Americans of Czech, French, German, Hungarian, Irish, Italian, Japanese, Jewish, Lithuanian, Polish, Slovak and Welsh descent, this unique resource will enable students and scholars to explore often-overlooked aspects of this nation's history, politics and culture. Nineteenth-century topics include the denial of citizenship to "nonwhites"; the founding of nativist political movements; and the Immigration Act of 1882. In addition to the major contributions of immigrants to business, music, science, education, labor movements and war efforts, later topics include the Naturalization Act of 1906, which for citizenship required immigrants to learn to speak English; the 1942 internment in "War Relocation Camps" of Japanese Americans, several of whom published newspapers; and much more.