One virtue of these broadcast items was the nuggets of domestic information from those countries which were otherwise not readily known about—a kind of news coverage. But the greater value was the ability to see how a foreign state viewed itself and the world around it. Propaganda? Sure, in one sense. But the thoughtful reader could fairly soon get a sense of how Russia, China, North Korea, or say Iran, saw themselves. Sometimes you might find a strikingly different interpretation of events that revealed a lot about their psychology and even their likely reactions and behavior down the road.

Within FBIS Daily Reports there are basically three major types of articles: 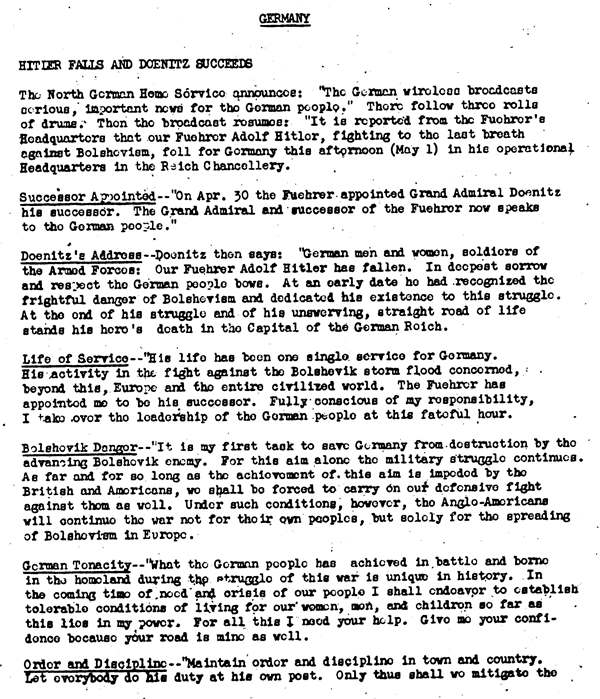 …that our Fuehrer Adolf Hitler, fighting to the last breath against Bolshevism, fell for Germany this afternoon (May 1) in his operational Headquarters… 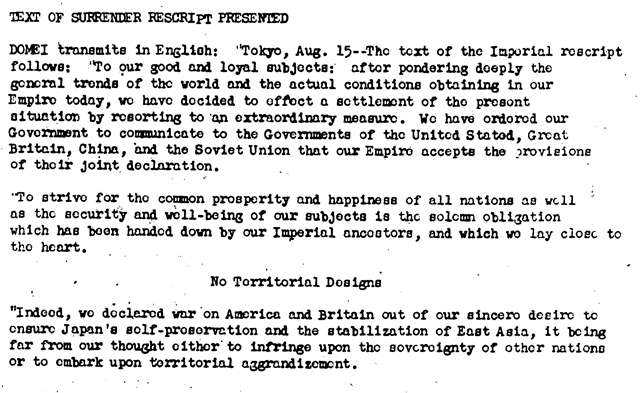 ... the war situation has developed not necessarily to Japan’s advantage, while the general trends of the world have all turned against her interest. (Report, page 2) 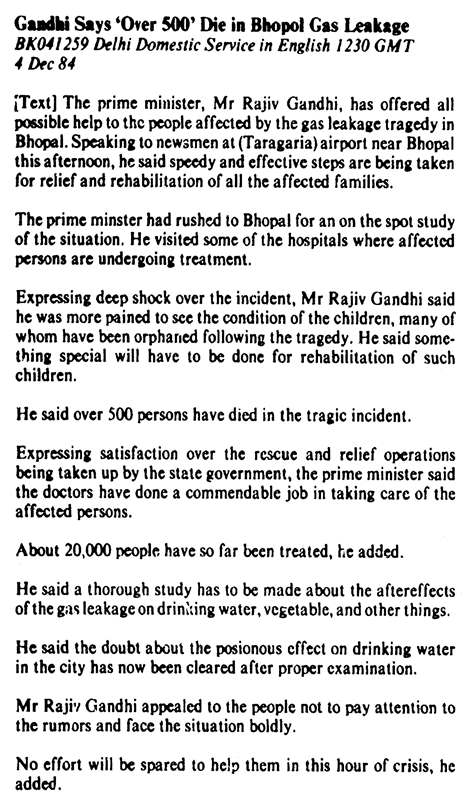 ...he (Rajiv Gandhi) said speedy and effective steps are being taken for relief and rehabilitation of all the affected families. 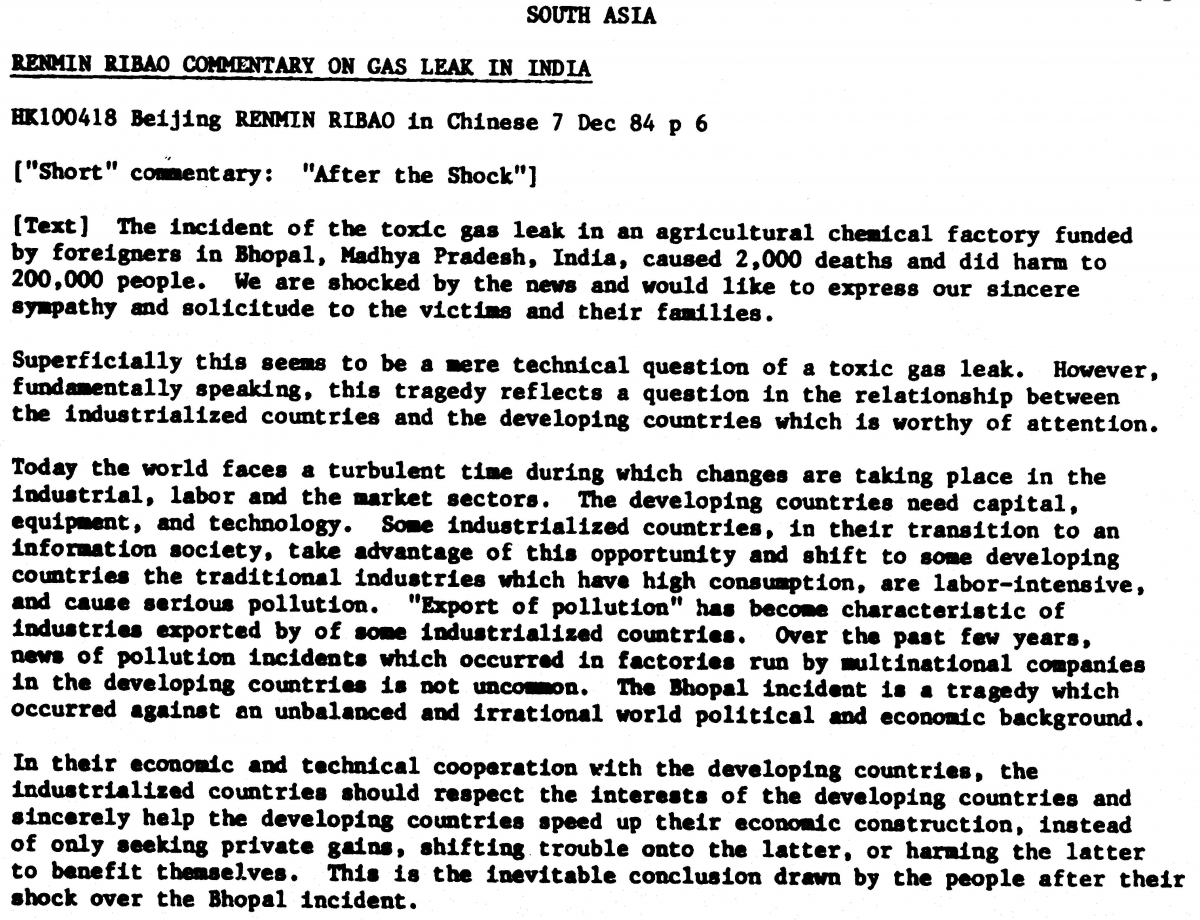 “Export of pollution” has become characteristic of industries exported by of [sic] some industrialized countries.

It is the Union Carbine Corporation, the American company, that is responsible for the tragedy that befell the populaton of Bhopal... 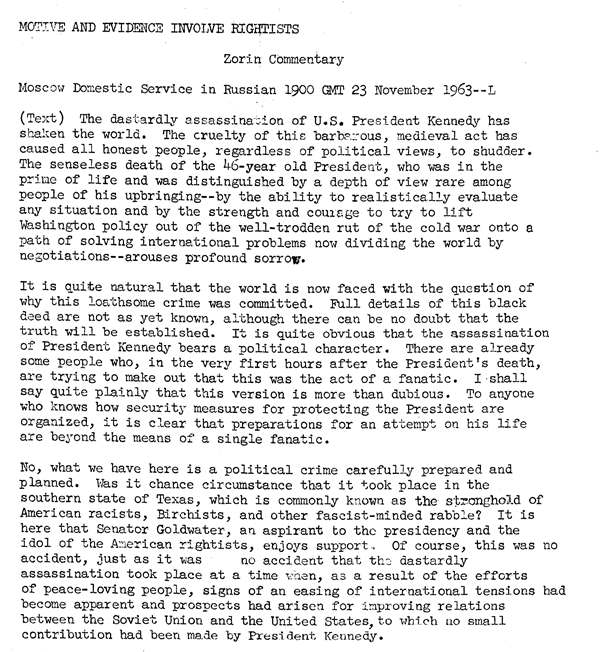 Was it chance circumstance that it took place in the southern state of Texas, which is commonly known as the stronghold of American racists, Birchists, and other fascist-minded rabble?

...we see that the U.S. ruling class fears the repercussions of its violent policy and new actions by the 22 million Negro citizens. And these actions are already threatening.

By combining a variety of sources from multiple countries on a topic, the Readex digital edition of FBIS Daily Reports, 1941-1996, enables students and scholars to analyze events as they happened and to show how countries worldwide were reporting on them. Bear in mind that many of the FBIS sources were governmental, so the reporting and analysis reflects internal or external propaganda. Because of the politics of the mid-twentieth century, FBIS is a major repository for the largely vanished propaganda languages of the Third Reich and Soviet Union.

Readex’s FBIS Daily Reports database is searchable by full text, by the title, by the source and by language. Results can be limited by date ranges. Searches can be done by article types, which include interviews, speeches, verbatim text, excerpts and summaries or overviews written by FBIS staff. The Regional Reports can be used for searches after the early 1970s. Any combination of these items can be used.

A quick way into the wealth of the FBIS Daily Reports is the Events tab which provides nearly 500 searches. These range from huge historical events like the Battle of Stalingrad to smaller crises like the soccer war between Honduras and El Salvador. All the examples shown above were quickly gathered using these Events.

In short, FBIS Daily Reports represents a valuable history of the postwar era as seen through foreign eyes.