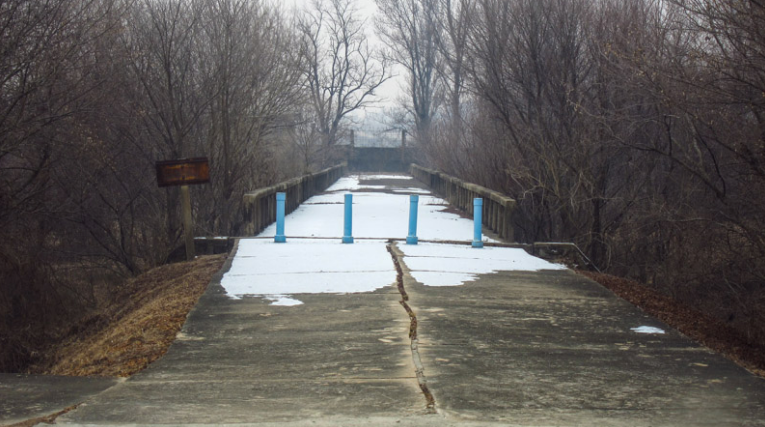 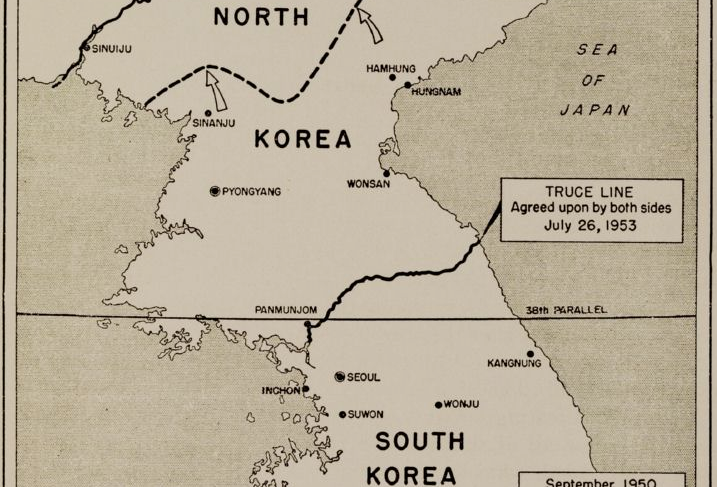 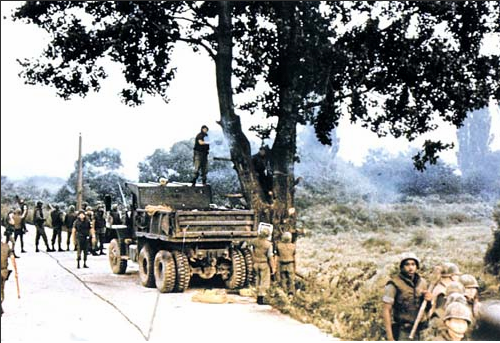 At issue was a 40-foot poplar tree that interfered with the sightlines of United Nations Command observation posts. What should have been a simple matter of lopping off a few branches turned into an international incident that threatened to erupt in nuclear war. 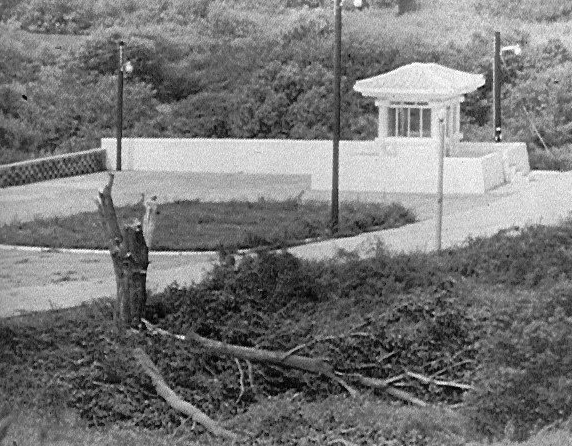 First, from the U.S. Congressional Serial Set, 1817-1994, here's the official U.S. account of the event that nearly re-ignited the Korean War:

On Wednesday morning, August 18, 1976, two U.S. Army officers were beaten to death by North Korean military personnel using the blunt ends of axes. The two officers, Capt. Arthur G. Bonifas and 1st Lt. Mark Barrett, were engaged in a routine and non-threatening work detail, to prune a tree in the Joint Security Area at Panmunjom in the Demilitarized Zone of Korea. The work party was operating under orders of the United Nations Command and was comprised of both American and South Korean personnel. It had been determined that the tree in question should be pruned because it was blocking the line of sight between two guardposts of the United Nations Command. 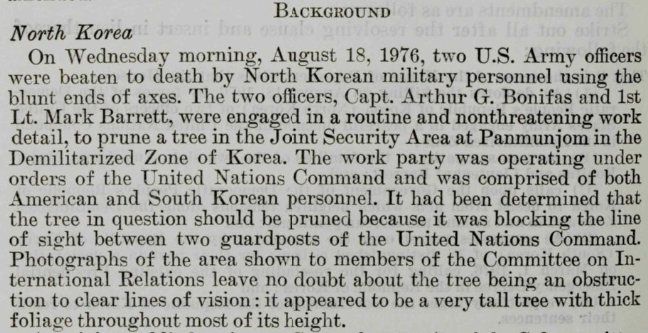 The tree work attracted the immediate attention of the North Korean military observers who appeared to accept it as routine—until they didn’t:

“Never before in the 23 years since the cease-fire was formally signed has there been the outright and brutal murder of joint security area security force personnel,” said a letter from Gen. Richard Stilwell, the American head of the United Nations Command, to North Korean President Kim Il Sung.

“This was not the eruption of an unplanned argument. It was the deliberate murder of UNC personnel who, while engaged in routine maintenance functions of a type your personnel often perform, were attacked unmercifully by a numerically superior force wielding axes and clubs.” 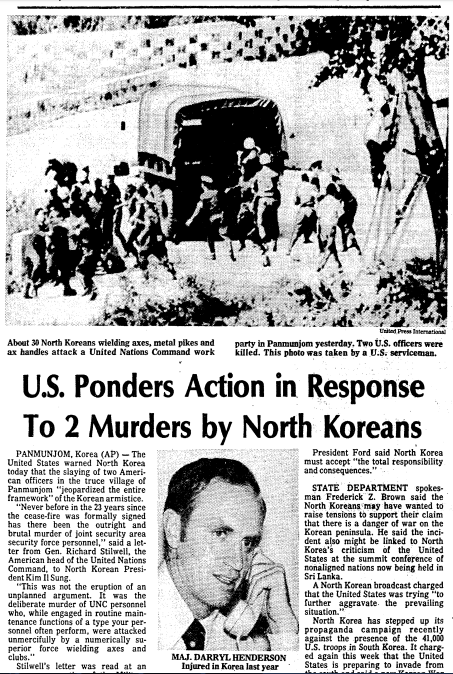 Next we have the North Korean version of events as recorded in Foreign Broadcast Information Service (FBIS) Daily Reports, 1941-1996. The non-English language sources are most readily found by searching full-text for the location “Panmunjom” limited by date, rather than through a search for the names of the American victims.

The U.S. imperialist aggressors who are hard at work to start a new war of aggression in Korea committed a grave provocation against our side on August 18 in the Joint Security Area of Panmunjom.

Around 10 hours 45 minutes on the morning of August 18 the U.S. imperialist aggression troops drove out 14 hooligans carrying axes to fell trees in the Joint Security Area.

In connection with this act of the enemy, four personnel of our side went to the scene and repeatedly told the enemy that as the trees are standing in the Joint Security Area under our control, trees must not be felled arbitrarily but an agreement must be reached between the two sides before felling them.

Nevertheless, the rascals, far from complying with our just demand, collectively pounced, brandishing lethal weapons, upon security personnel of our side and committed the outrageous, provocative act of beating them, counting on their numerical superiority.

Security personnel of our side were compelled to take a step in self-defence to counter the reckless provocation of the scoundrels. 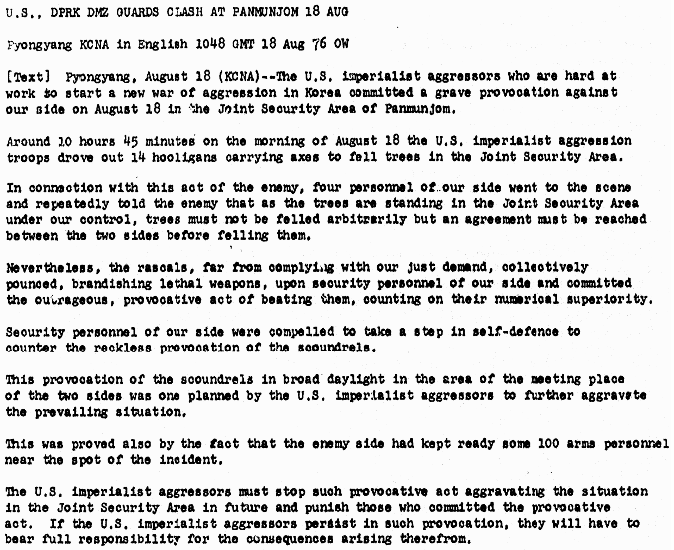 As might be expected, reports from Seoul and non-communist sources deferred to the United Nations/American account, whereas Chinese and other communist news outlets favored the North Korean version of events.

A story on August 20 in The Washington Evening Star claimed that the U.S. would not retaliate: 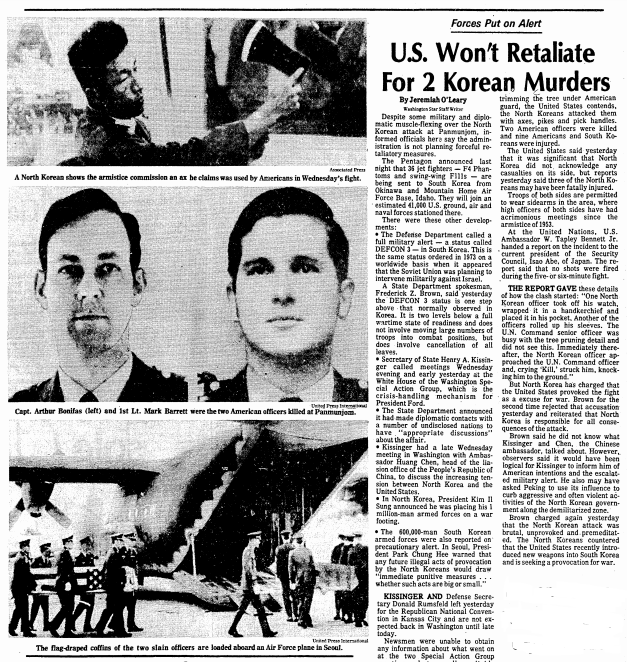 However, two days later an August 22 story in the Evening Star revealed that U.S. accommodation of North Korean aggression had limits; America would not invade North Korea unless provoked by direct military action. Nonetheless, the tree at issue had been taken down by U.S. Army engineers backed by a significant military force:

When George Washington cut down the cherry tree, nobody was around to even hear it fall. But it was different yesterday when a 40-foot Normandy poplar tree was cut down at the Panmunjom truce village. Overhead were 26 helicopter gunships, an unspecified number of F4 Phantom and F111 jet fighters and three B52 bombers. And 300 well-armed soldiers on the ground.

The following statement, from a FBIS radio report, is just the briefest and most temperate response from the North Koreans. The headline about President Ford taking personal responsibility for the “tree-felling operation” is entirely true.

Ford, the boss of U.S. imperialism, who is feverishly intensifying the new war provocation manoeuvres with the deliberate and prearranged provocation in the Joint Security Area of Panmunjom as an occasion, directly sent a U.S. “naval task force” and commanded the “tree-felling operation” in the Joint Security Area, thereby bringing the Korean situation closer to the brink of war.

The South Korean capital city of Seoul is only about 35 miles from Panmunjom and would likely have suffered in any large-scale military conflict. But the greater concern was that China, then and now North Korea’s most important patron, possessed nuclear weapons; given the ethnic and colonial overtones of the conflict, a proxy war between forces supported respectively by the United States and China might quickly spin out of control.

To give equal space to the North Koreans on the matter, we’ll provide their official statement in its entirety in an excerpt from the Seoul (South Korea) Domestic Service delivered before Operation Paul Bunyan but published afterwards.

It is fortunate that there have been no serious incidents in Panmunjom for a long time. However, it is regretable that an incident has occurred in the Joint Security Area in Panmunjom at this time. An effort must be made so that such incidents do not recur in the future. Both sides should make efforts to this end. We urge your side to prevent provocation. Our side will never provoke first, but will take self-defensive measures only when a provocation occurs. This is our consistent position.

The Cuban Missile Crisis is often portrayed as the salient example of Cold War brinksmanship, with U.S. President Kennedy and Soviet Premier Khrushchev getting credit for averting nuclear war.

History shows that U.S. President Gerald Ford also deserves the world’s gratitude for tempering resolve with moderation in his response to the North Korean attack. We can only hope for similar discipline in the face of the current escalation of this long-standing conflict on the Korean Peninsula.