Indian Opinion: The Newspaper Founded by Gandhi in South Africa in 1903

Students and scholars of Peace Studies and related fields will be interested to learn that Mahatma Gandhi’s Indian Opinion is one of the titles in the World Newspaper Archive: African Newspapers, 1800-1922. Founded by Gandhi in 1903 when as a young attorney he worked in South Africa, this newspaper chronicles the genesis of the concept of “non-violent resistance,” which would become the foundation of the Indian independence movement. 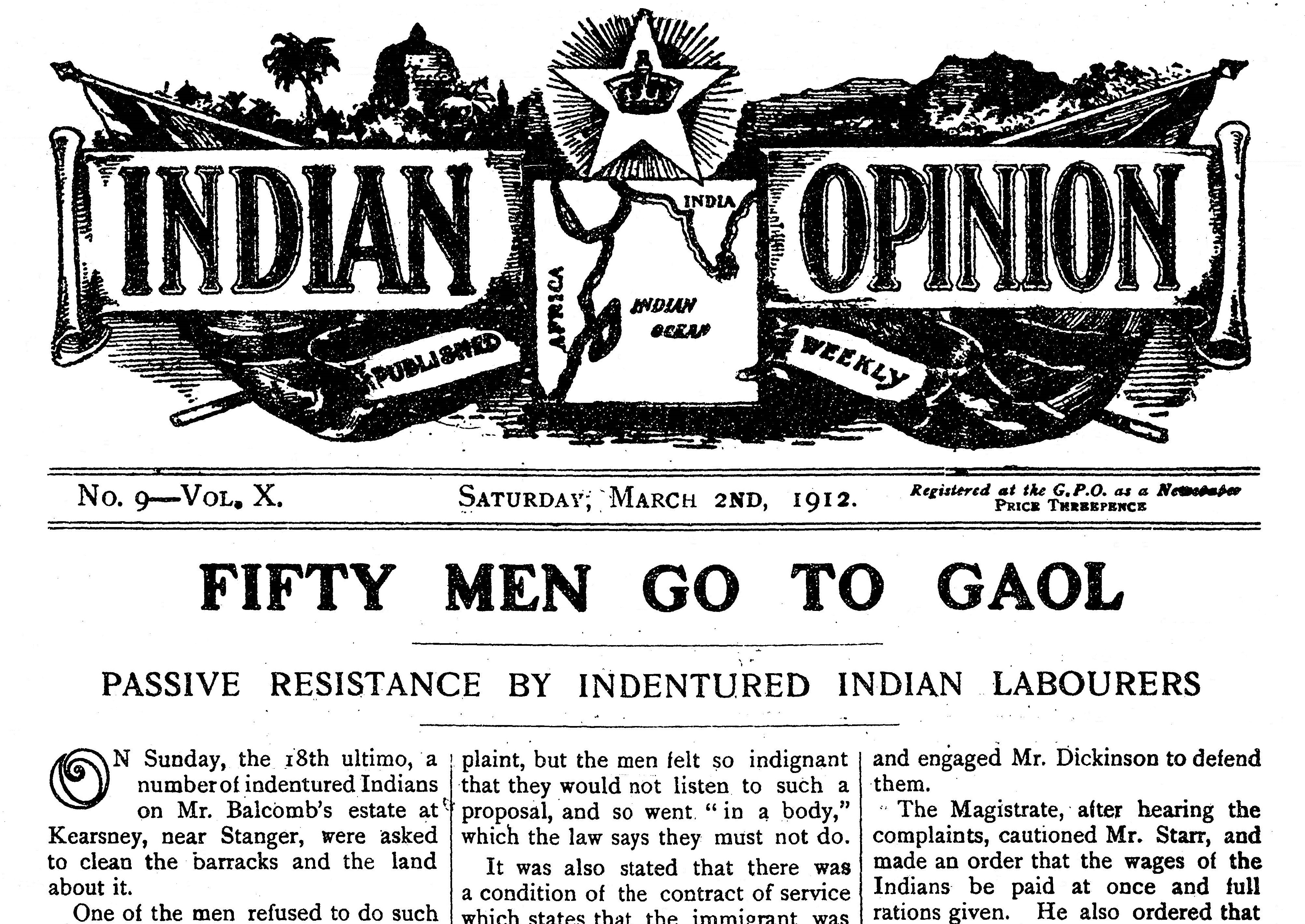 In the mid-19th century, the British government in South Africa began importing workers from India to work as indentured servants. However, under the authority of General Jan Smuts, severe restrictions were imposed on all Indian immigrants, including a mandatory identity card, warrantless search, seizure and arrests. Gandhi, at that time working as a lawyer in the Natal province of South Africa, launched the newspaper with the aim of educating the European community in South Africa about the plight of Indian immigrants. 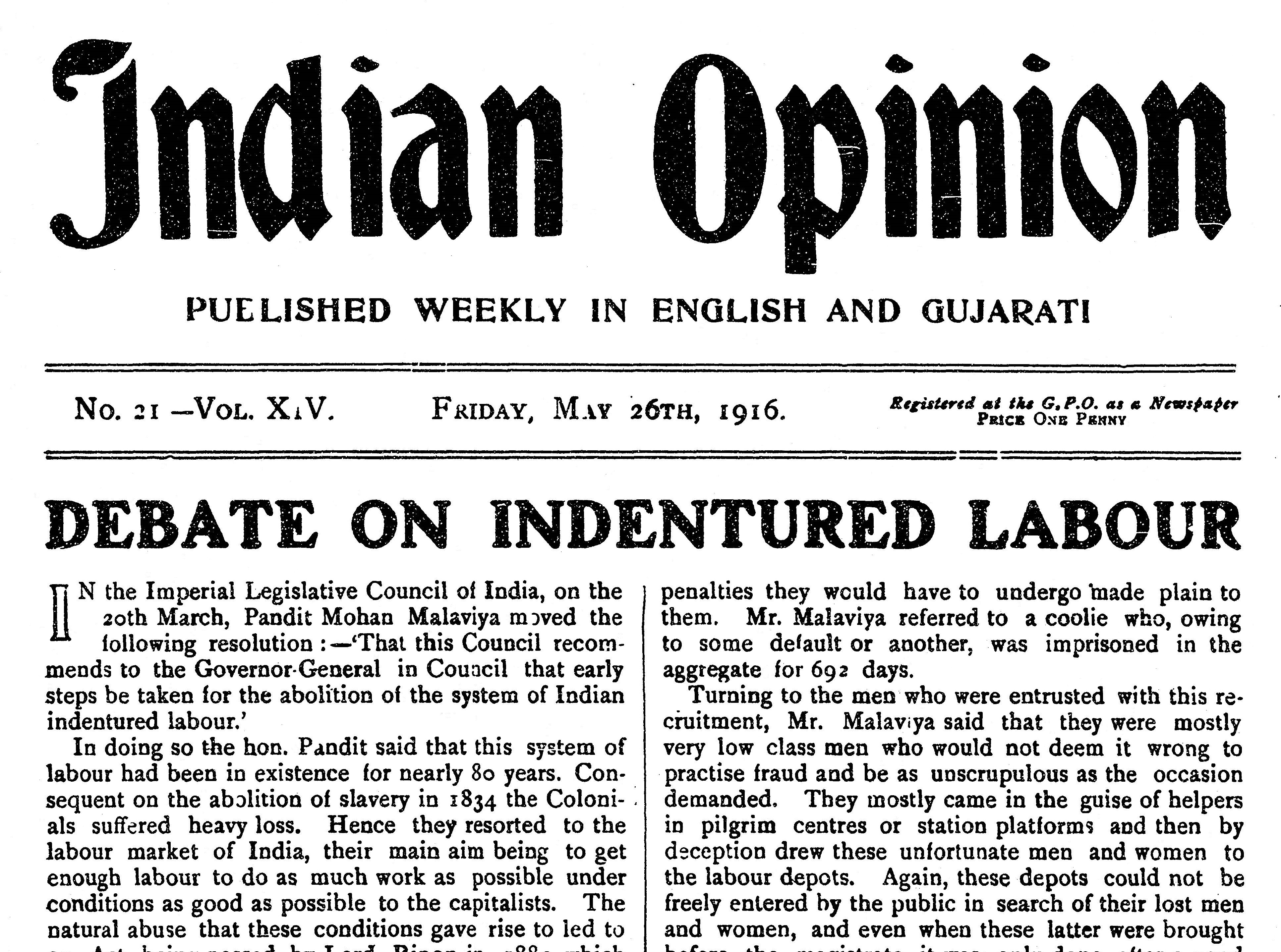 Indian Opinion features articles and editorials that highlight the discrimination and harsh conditions under which indentured laborers worked. From 1906 onward, Gandhi’s paper became a crucial vehicle for challenging state laws and urging defiance of unjust regulations. His views evolved into the concept of Satyagraha, the philosophy and practice of non-violent resistance, which was adopted by other freedom movements throughout the latter half of the 20th-century, notably by Nelson Mandela's  and Martin Luther King, Jr.’s campaigns for civil rights. Gandhi's publishing background and knowledge of the political struggle in South Africa proved to be formative experiences for him when he emigrated to India to work for the Indian independence movement. He later commented, "Satyagraha would have been impossible without Indian Opinion."

Indian Opinion continued to publish for decades and played a significant role in the broader civil rights struggle of South Africa. Today, Indian Opinion is widely regarded by scholars around the world as a valuable documentary legacy that defined the civil rights struggle in many countries. To learn more about the significance of this newspaper, please visit South African History Online to read this address to the Conference on the Alternate Media in 2003 by Uma Dhupelia-Mesthrie, Department of History, University of the Western Cape to commemorate the centenary of the founding of Indian Opinion. World Newspaper Archive: Africa Newspapers, 1800-1922, created in partnership with the Center for Research Libraries, includes the issues of Indian Opinion published in Durban between 1903 and 1922.

To request a free trial of African Newspapers for your institution, please contact Readex Marketing.