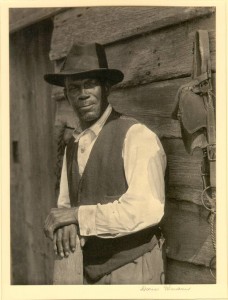 The Notable Kentucky African Americans Database (NKAA) was created at the University of Kentucky Libraries to share historical information about the many significant contributions of African Americans with Kentucky roots and ties. Several years ago, a library patron suggested that an entry about "Information Wanted" advertisements should be added to the NKAA Database. Although we were finally able to add such an entry this month, it almost did not happen. For those who may not know, "Information Wanted" ads in newspapers were a way for individuals to search for missing family members. Much has been written about the use of such ads by African Americans during the period immediately after the signing of the Emancipation Proclamation and the Ratification of the 13th Amendment. However, there are no available data to substantiate the success rate for family members finding each other through the ads. 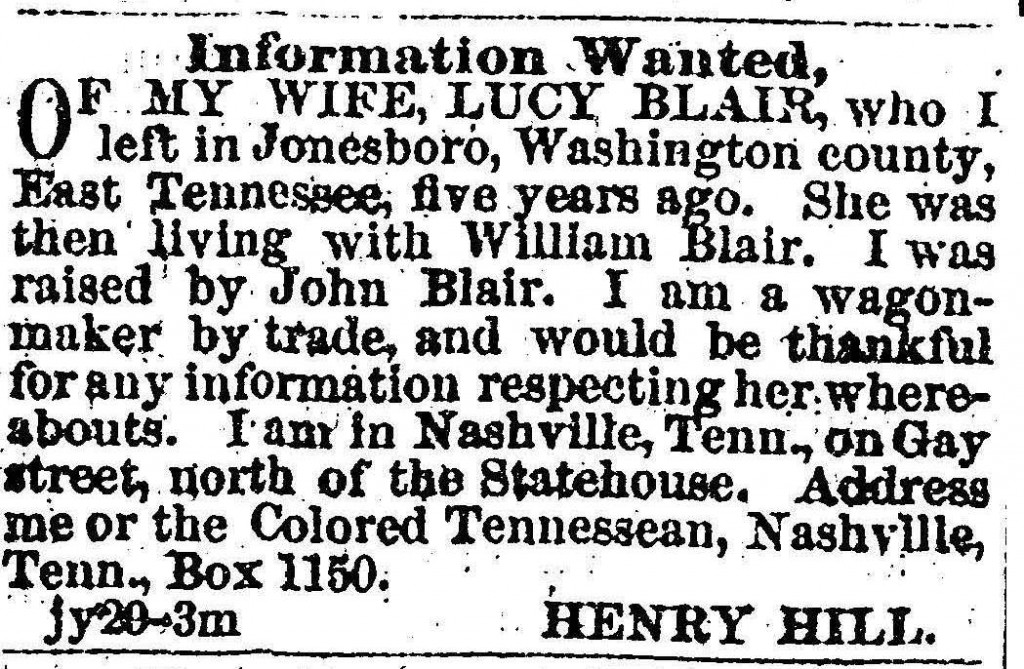 Locating the ads in African American newspapers, and specifically in reference to Kentuckians in the 1860s, had been a slow, painstaking manual process that involved interlibrary loan requests for reels and reels of microfilm. On many days it was tempting to mark "Information Wanted" off the to-do list. Instead, it got bumped to the bottom of the list. 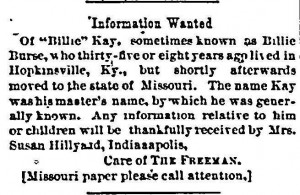 But there was hope after UK Libraries obtained access to African American Newspapers, 1827-1998. Eyeballing newspapers on microfilm, frame by frame, for years was replaced with much quicker and comprehensive online searching. There were also several 'Aha!" moments. 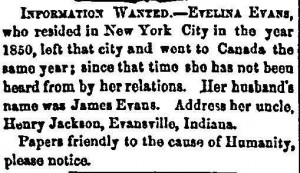 First, "Information Wanted" ads for Kentuckians were published in African American newspapers in California, Indiana, Louisiana, and other locations. Second, earlier ads seeking free Colored persons had been published since before the Civil War. Examples can be found in Frederick Douglass' Paper in the 1850s. Third, the ads continued to be published in African American newspapers well into the 1940s, placed there by individuals searching for family and/or friends, and by agencies such as insurance companies searching for heirs. One example is an ad placed in the Arkansas State Press in 1949.

This new entry for "Information Wanted" ads is only one example of many long-awaited entries that have recently been completed. Other examples include the various entries on segregated press associations and their Kentucky connections. With these valuable additions to the Notable Kentucky African Americans Database, we have seen not only an increase in first-time users, but also a rise in the number of reference questions about African Americans in and from Kentucky.