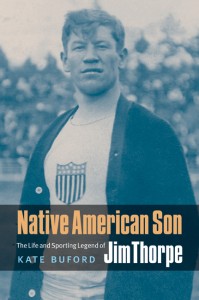 Kate Buford, who began her career as a Wall Street law librarian with an MLS from Columbia University, has written the first comprehensive biography of Jim Thorpe, widely regarded as America’s greatest all-around athlete. Library Journal called Buford’s work “the definitive biography of a legendary figure in American history, in and out of sports. An essential purchase.” Among the awards received by Native American Son: The Life and Sporting Legend of Jim Thorpe (Knopf, 2010) are the Society for American Baseball Research 2011 Larry Ritter Award, the Professional Football Researchers Association 2010 Nelson Ross Award, and Editors’ Choice from The New York Times. Discussing the extensive research behind her acclaimed biography, which is being published today in paperback by University of Nebraska Press, Buford writes: 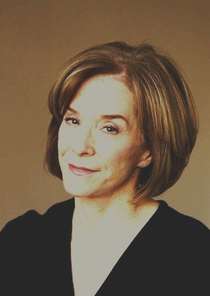 Kate Buford will be a panelist in the “Creating a Beautifully Written Biography” session at the Third Annual Compleat Biographer Conference this May.

I sure wish the ever-expanding resource of digitized historical newspaper archives had been available in its present form to draw on in 2002 when I started the research for Native American Son. Back then it was a thrill (maybe best appreciated by other biographers) to order microfilm reels of The Raleigh [N.C.] News and Observer on inter-library loan for the summers of 1909 and 1910. When the boxes came in, I got to spend hours sitting at the microfilm reader in the Greenburgh public library in Westchester County, New York, tracking, frame by celluloid frame, Jim Thorpe's unsuccessful attempt to break into major league baseball by playing for two minor league teams in the Tar Heel State. Those two summers would cost him the two gold medals for the pentathlon and decathlon he won two years later at the 1912 Stockholm Olympics. A newspaper scoop in The Worcester [Mass.] Telegram in January 1913 revealed that Thorpe was a—wait for it—professional because he had played for money for those two summers and thus had been unqualified to compete as an amateur.

Kate will be writing about that scoop and the ensuing rush to judgment in an upcoming issue of The Readex Report. She’ll look at how what many still regard as sports' biggest scandal was played out in the newspapers of the time. To subscribe to our quarterly e-publication, use this simple form.