The American Civil War Collection, 1860-1922: From the American Antiquarian Society now includes two little-known works filled with compelling pictorial representations of the war and its troops.  Also newly digitized this month is a heavily illustrated account of the March through Georgia.

This rare volume includes 20 detailed lithographs by illustrator J. Nep Roesler who served with the 47th Ohio Volunteers. Other than a title under each print, there is no text. 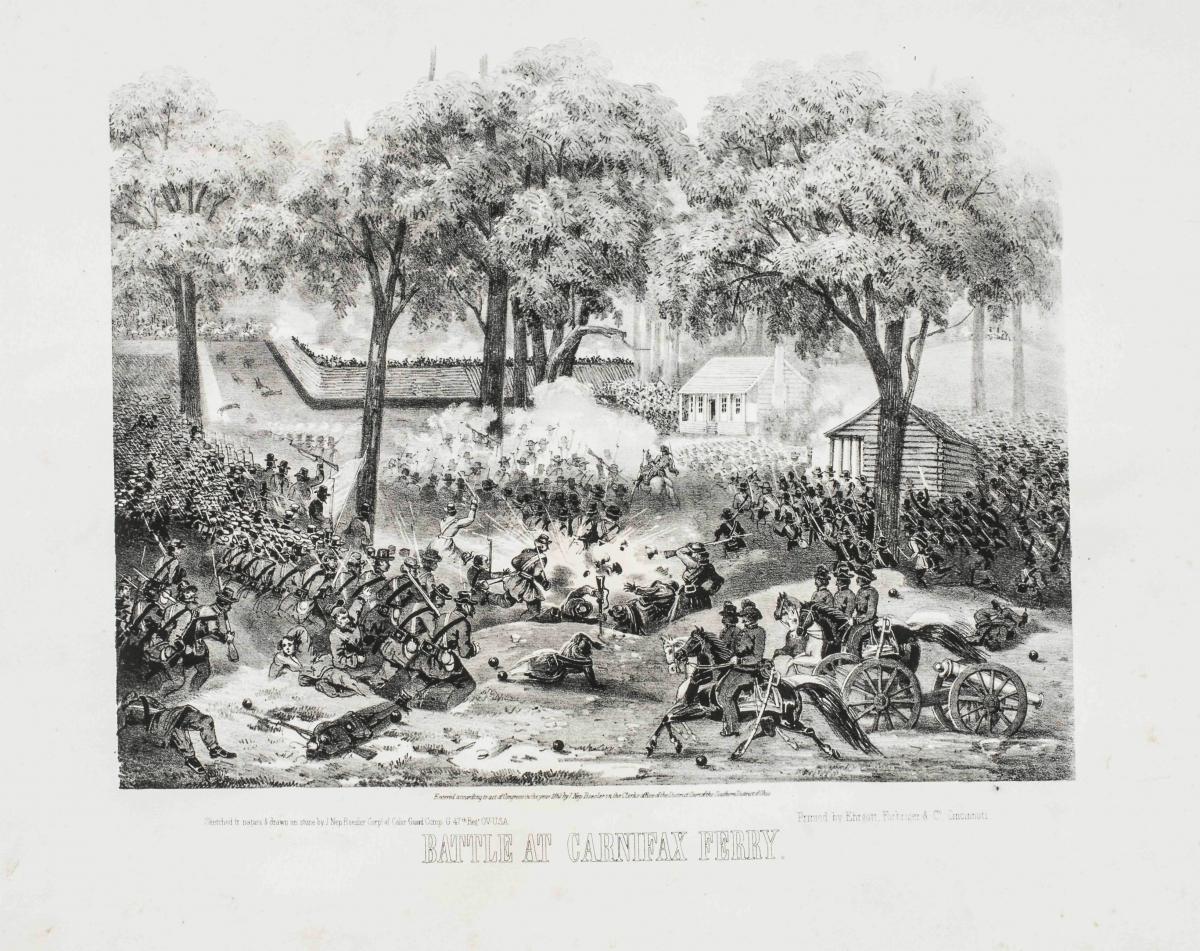 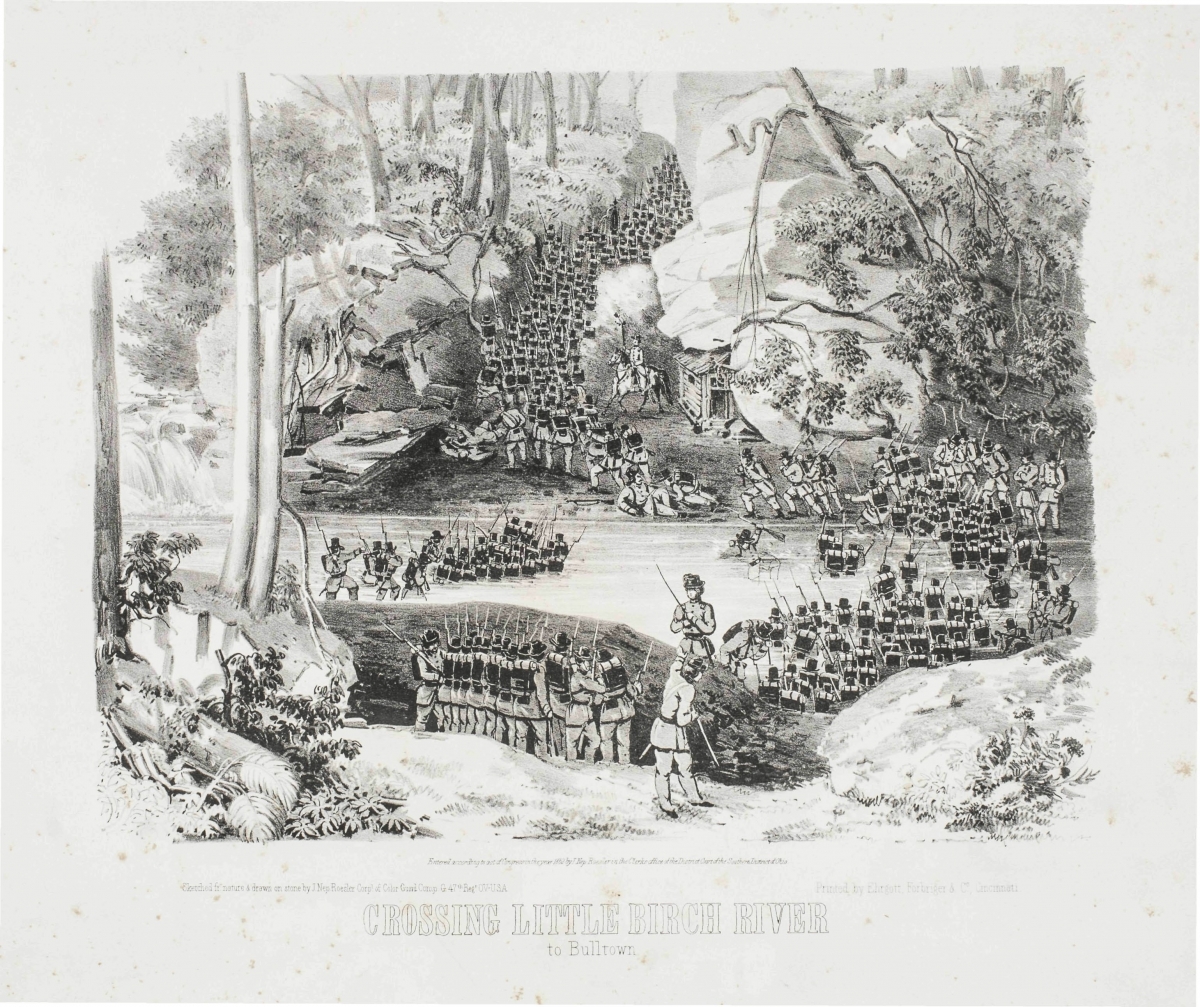 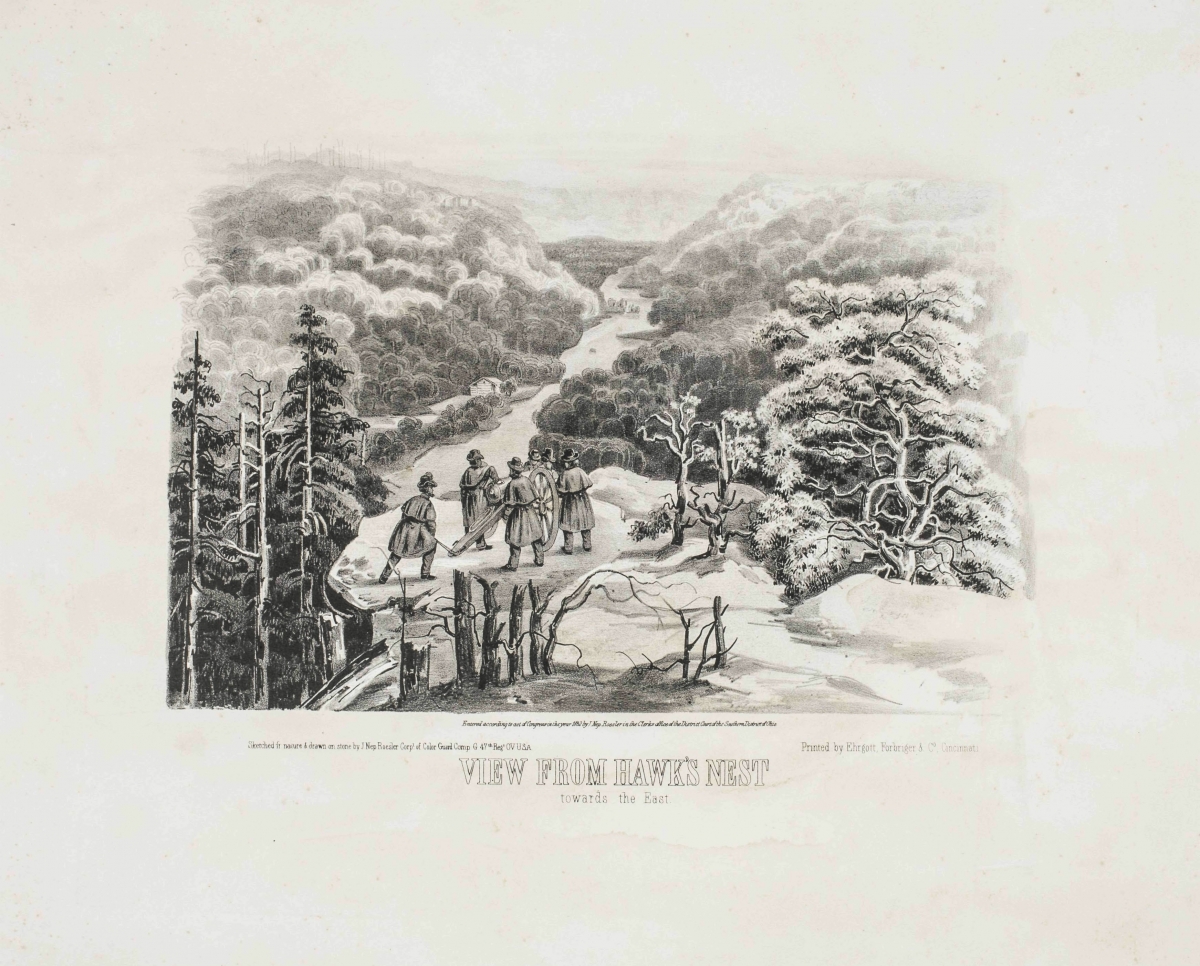 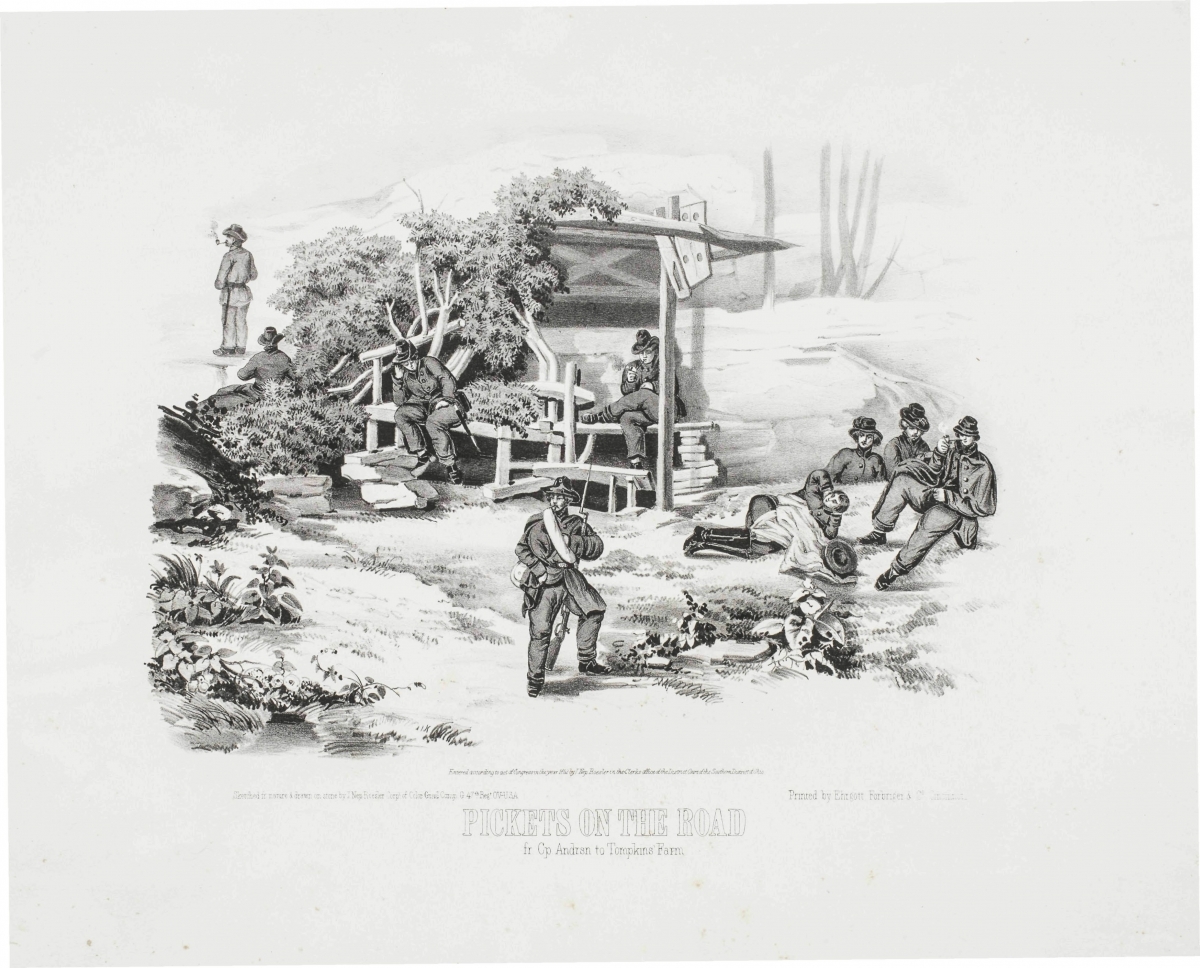 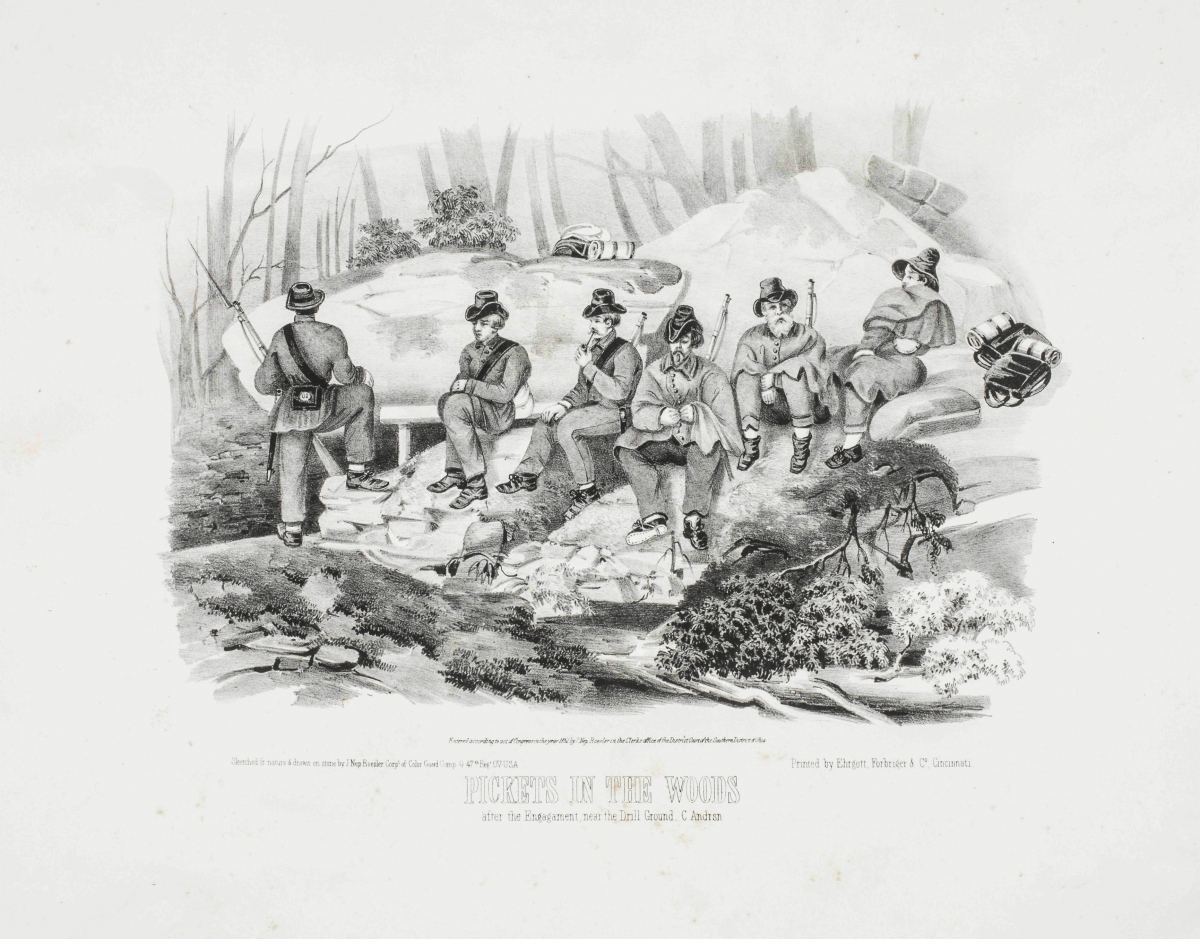 Life Studies of the Great Army: A Historical Work of Art, in Copper-Plate Etching, Containing Forty Plates, Illustrating the Life of the Union Armies during the Late Rebellion (1876)

Edwin Forbes (1839-1895) created all of the etchings in this scarce imprint. According to the PennState Special Collections Library, he was:

…an American landscape painter and etcher best known for his sketches of military life during the American Civil War….As a staff artist for Frank Leslie’s Illustrated Newspaper, Forbes traveled with various contingents of the Union Army and was particularly interested in common soldiers’ daily lives as well as more traditional subjects like generals and battles.

While not so detailed as Roesler’s work above in Album of the Campaign of 1861…, these intaglio prints are equally as fascinating. Some have a brief hand written title at the bottom but many do not. 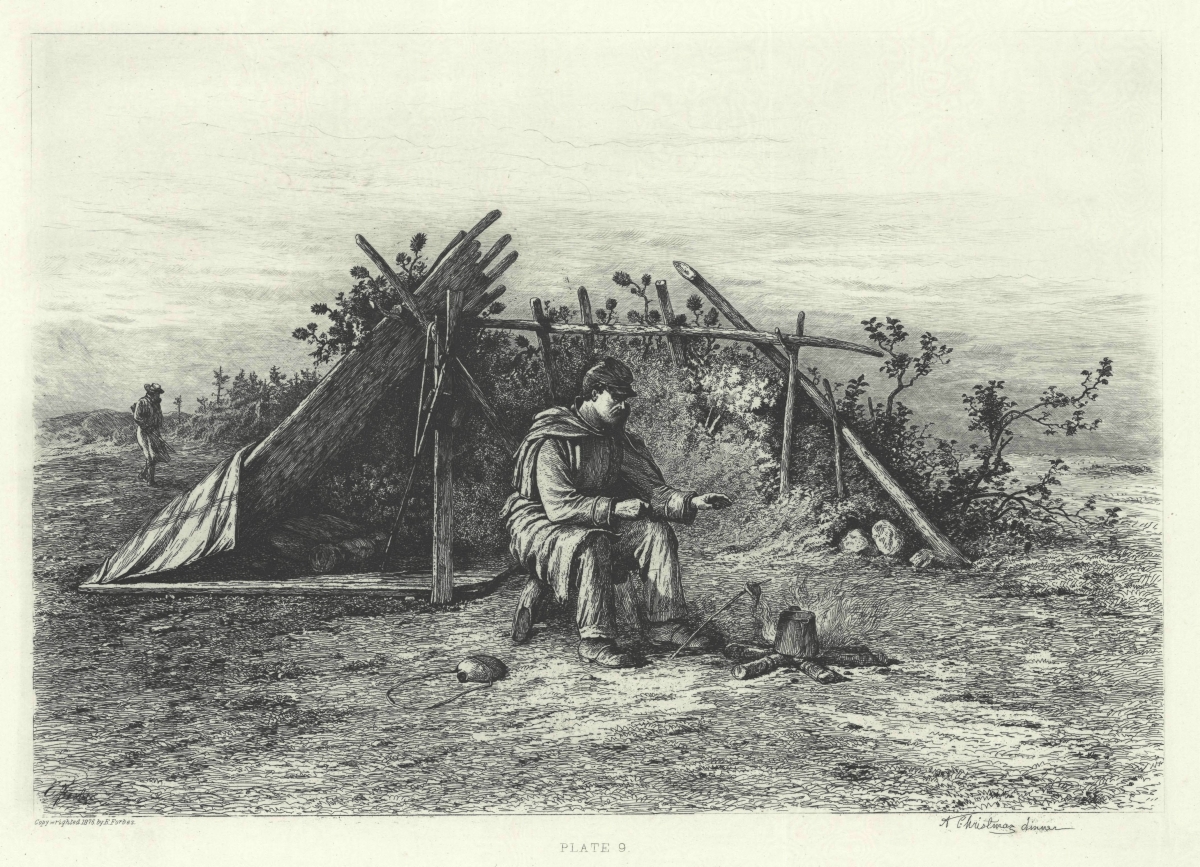 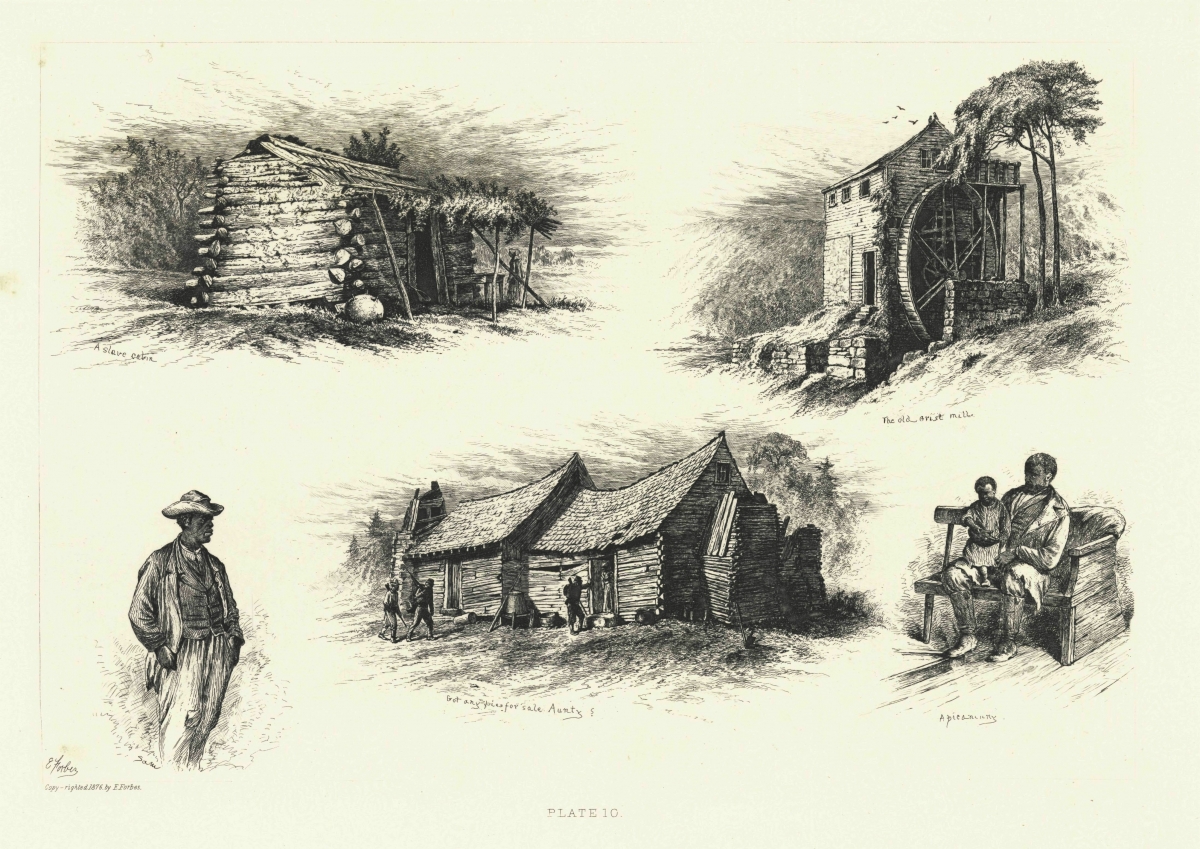 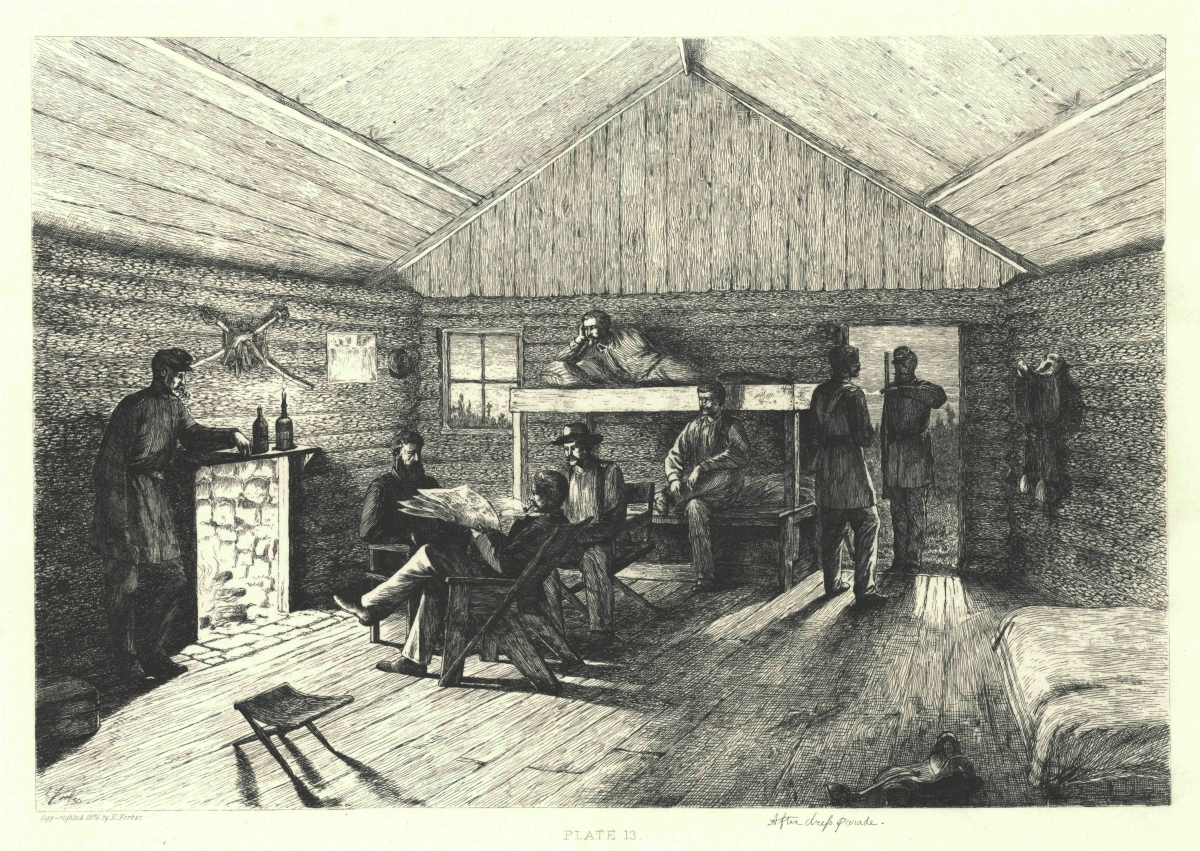 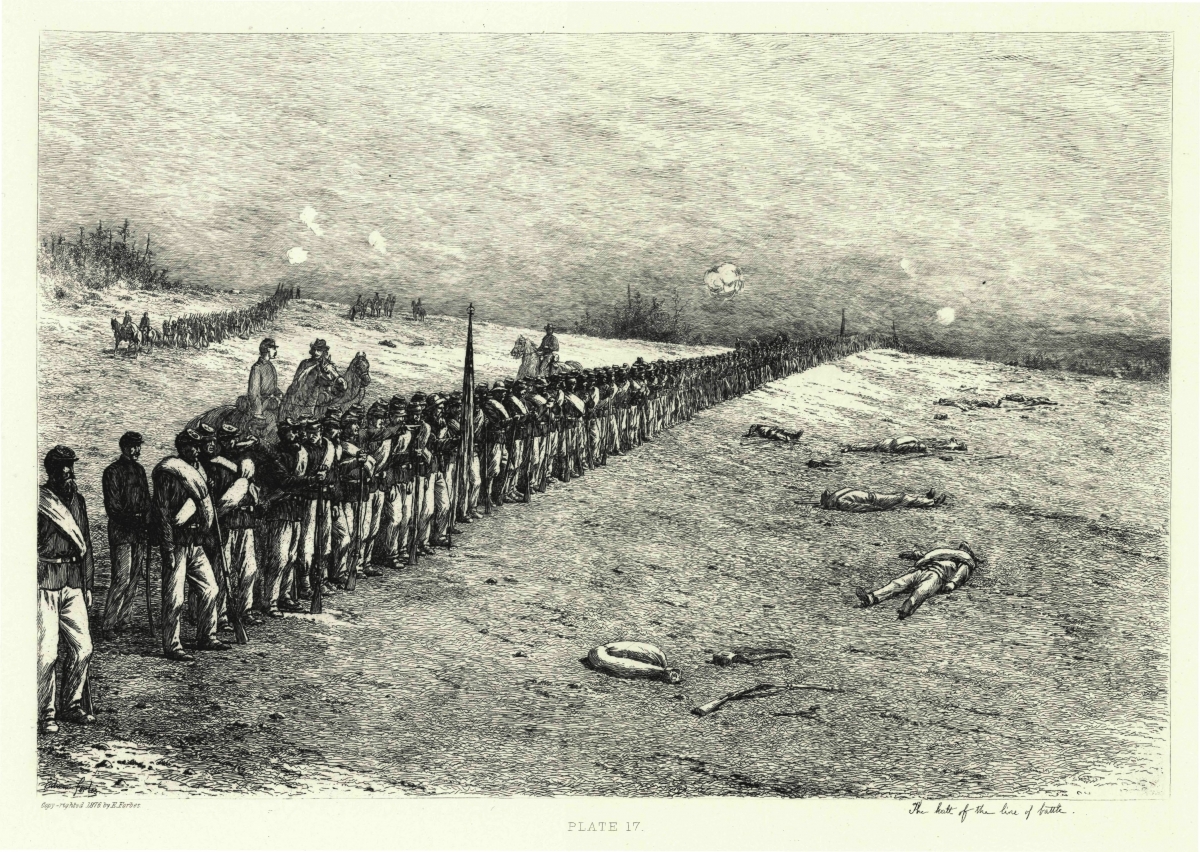 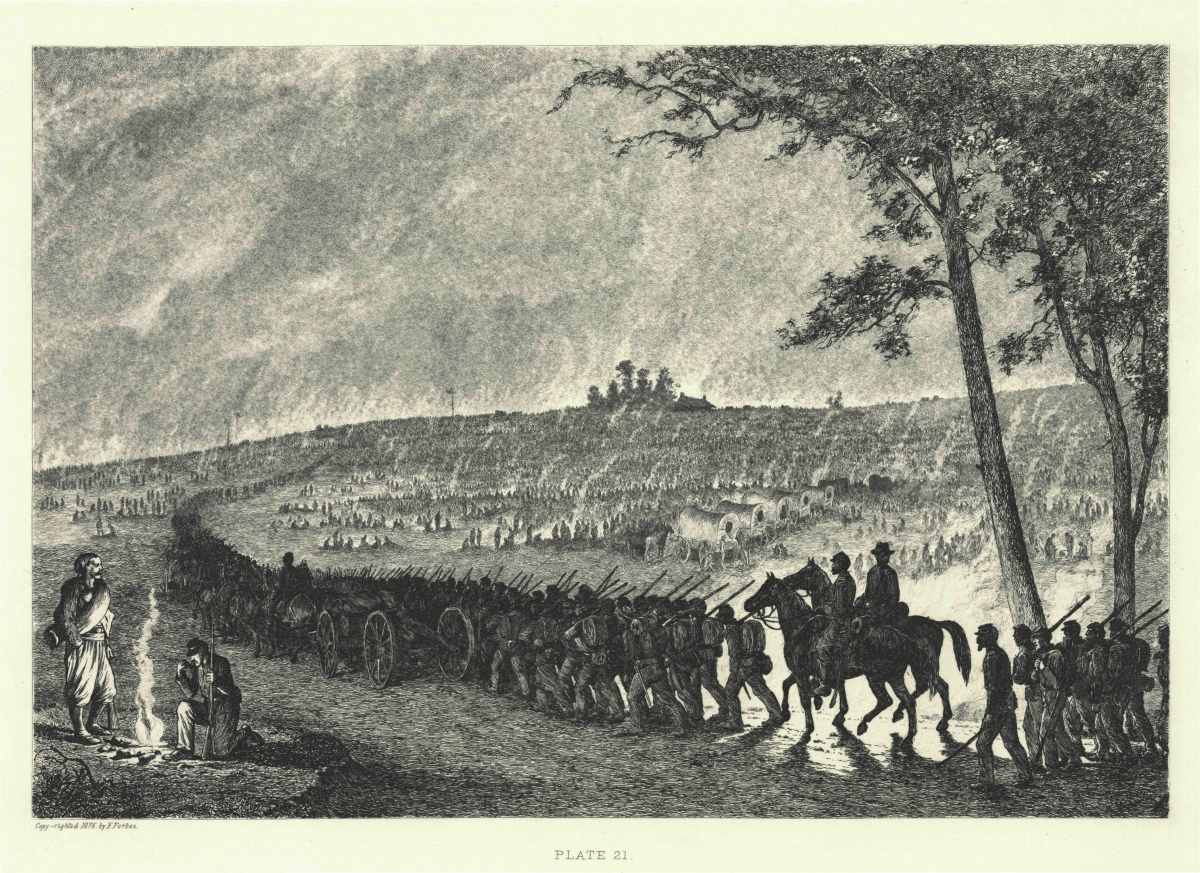 Marching through Georgia: Pen-Pictures of Every-day Life in General Sherman's Army, from the Beginning of the Atlanta Campaign until the Close of the War (1890)

F.Y. Hedley, the author of this account, was editor and publisher of the Illinois Bunker Hill Gazette from 1868 to 1898. According to a sketch of his life in the Saint Louis Post-Dispatch, Hedley enlisted in the Union Army at age 17. At 5 feet 3 inches in height and too short to be in the infantry, he joined as a drummer boy, which no doubt inspired him to write here:

Nor was the Drummer-Boy merely a musician. He was a soldier as well. Technically known as a non-combatant, he was seldom elsewhere than at the front; and he has given up his life, musket in hand, in the line of battle, or in the act of giving water to a wounded comrade under fire.

After recounting the different roles in the Union Army from cutlers to generals and how they have been celebrated 25 years after the war, he concludes:

But amid all this jubilation, the most significant figure of the war-days has been overlooked – the Drummer-Boy, the real recruiting sergeant for the Armies of the Union!

The captivating illustrations were created by Frederick Lincoln Stoddard (1861-1940). After studying in Paris and producing large murals in a variety of buildings, including the great dome at the St. Louis World’s Fair, Stoddard joined the Society of Western Artists in 1898. From 1908 to 1912, he created striking cover art for such magazines as Cosmopolitan and Motor. 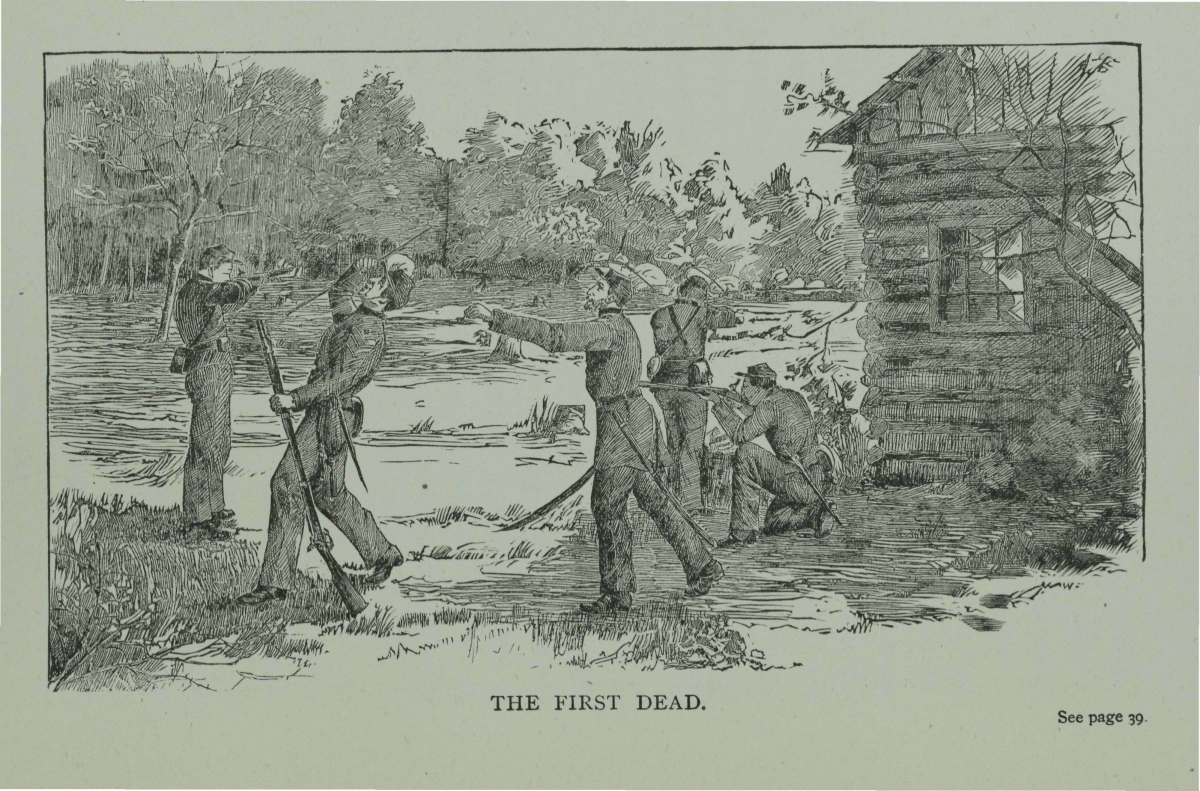 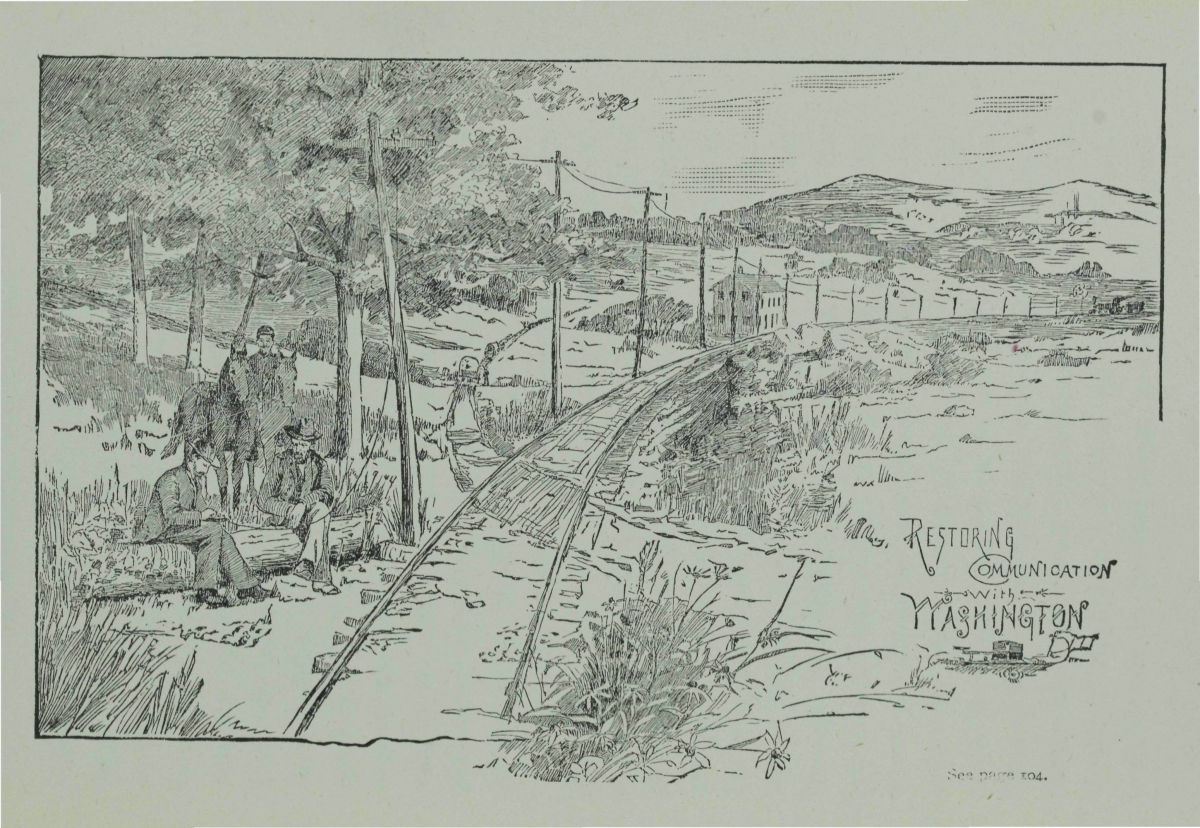 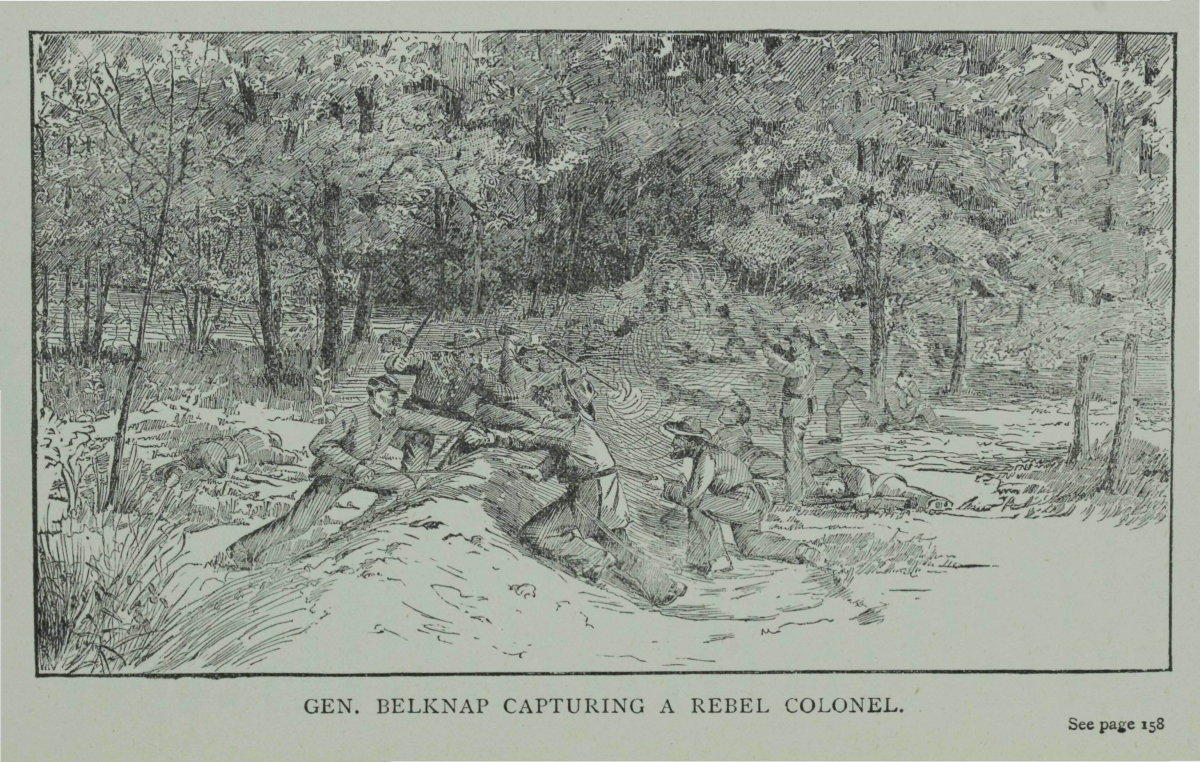 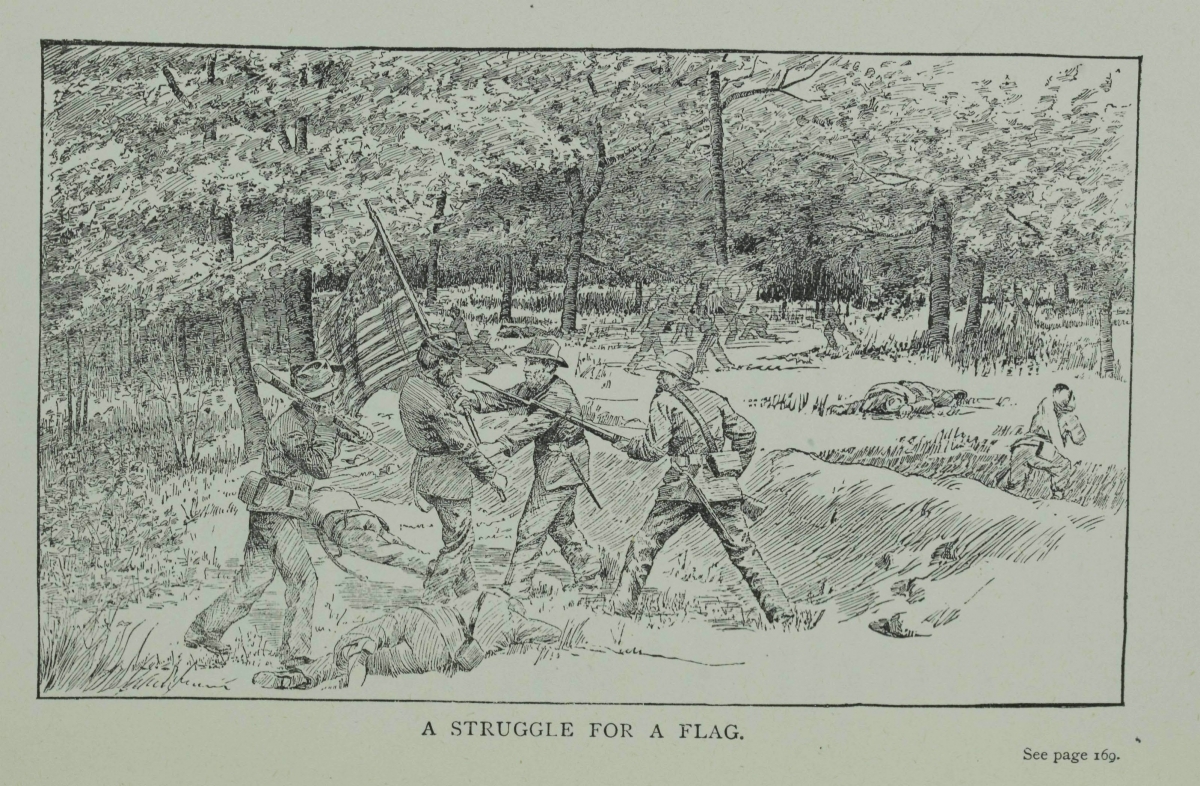 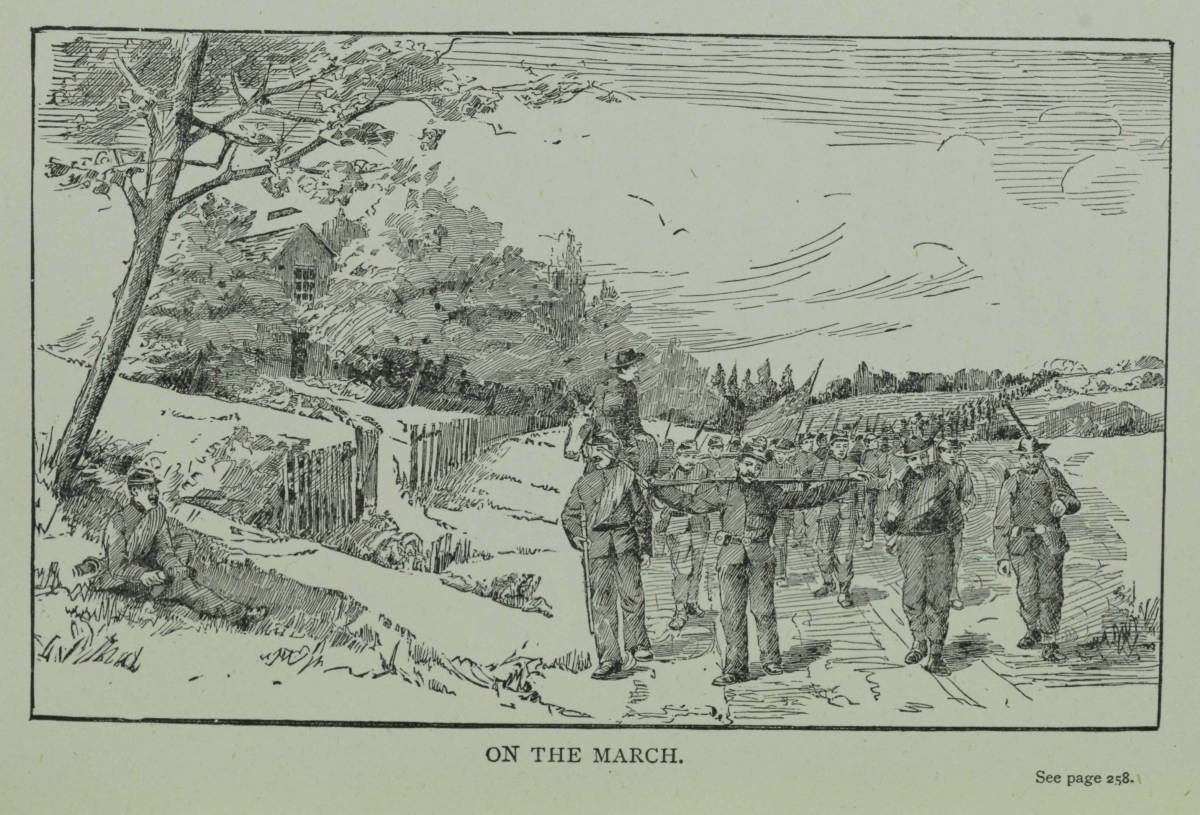