Men of War: David Farragut, Franklin Buchanan, and the Battle of Mobile Bay 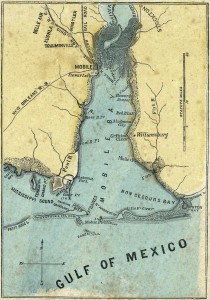 The city of Mobile, Alabama, was a major center of trade on the Gulf Coast during the Civil War. Although the Union blockading fleet patrolled Mobile, blockade runners managed to elude capture and keep the city supplied with goods. Union forces hoped to cut Mobile off from the ocean, but taking Mobile Bay was a daunting task. Three fortresses—Fort Morgan, Fort Gaines and Fort Powell—guarded the entrance of the bay. Shoals and shallow water forced invading ships to follow a route directly in the line of fire of the forts. Mobile Bay was also protected by underwater mines, known at the time as torpedoes. Finally, the most formidable barrier was the CSS Tennessee, a 209-foot-long ironclad ram. An impressive vessel encased in impenetrable metal, the Tennessee was under the command of Franklin Buchanan. Buchanan had spent nearly his entire life in the Navy. He had seen action in the Mexican War and had accompanied Commodore Matthew Perry on his voyage to open Japan to the outside world. Buchanan had resigned his commission at the outbreak of the Civil War and joined the Confederate Navy. On March 8, 1862, he commanded the Confederate ironclad Virginia in its attack on the Union fleet at Hampton Roads. Severe leg injuries sustained in the battle prevented him from participating in the fight between the Virginia and the Monitor on March 9. However, Buchanan had gained a reputation and the rank of admiral.

On the Union side was Rear Admiral David Glasgow Farragut. Born in 1801, Farragut had been adopted as a small child by Navy Captain David Porter. Porter used his influence to allow his young son to join the Navy as a midshipman at the age of nine. Farragut saw a great deal of action during the War of 1812, and he gained a reputation for bravery. Although he was born in Tennessee, Farragut remained loyal to the Union and gained command of the West Gulf Blockading Squadron. Farragut’s participation in the capture of New Orleans on April 29, 1862 gained him wide fame. 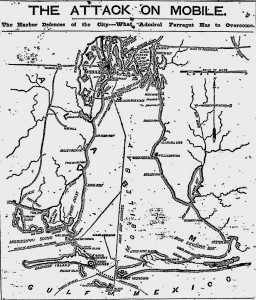 From America's Historical Newspapers. Click to open map in PDF.

Although he had wanted to attack Mobile Bay as early as 1862, Farragut could not secure the men and materials necessary for an attack for two years. By early August 1864, Farragut had a fleet of 14 wooden ships at his command, as well as four ironclad warships. Farragut also had soldiers under the command of General Gordon Granger for support. On August 4, 1864, Union troops landed on Dauphin Island at the mouth of Mobile Bay. Farragut would enter the bay the next morning.

The first Union ships through the bay were the ironclads. Farragut hoped they would draw the fire of the forts away from his wooden vessels. The remaining ships were lashed together in pairs, with the larger ships shielding smaller ships from fire. Farragut originally wanted his flagship, the Hartford, to take the lead, but was convinced that the Brooklyn, which had superior firepower and mine-clearing equipment, should go first.

Suddenly, one of the ironclad ships, the Tecumseh, struck a mine. With alarming rapidity, the ship sank with 93 members of her crew. The explosion terrified the captain of the Brooklyn, who brought his ship to a halt. The loss of momentum left the entire fleet exposed to the guns of Fort Morgan. Farragut, who was lashed in the rigging of the Hartford to get a better view of the battle, ordered the Hartford, and its partner the Metacomet, to break formation and sail directly through the torpedoes. When warned of the danger ahead, Farragut responded “Damn the torpedoes! Full speed ahead!” (Historians debate the exact wording of Farragut’s statement, or indeed if he said anything at all.) The other ships followed, passing through unharmed. While most of the mines malfunctioned due to exposure to the elements, a few remained active. Several days later, explosions killed sailors tasked with clearing the mines from the bay. 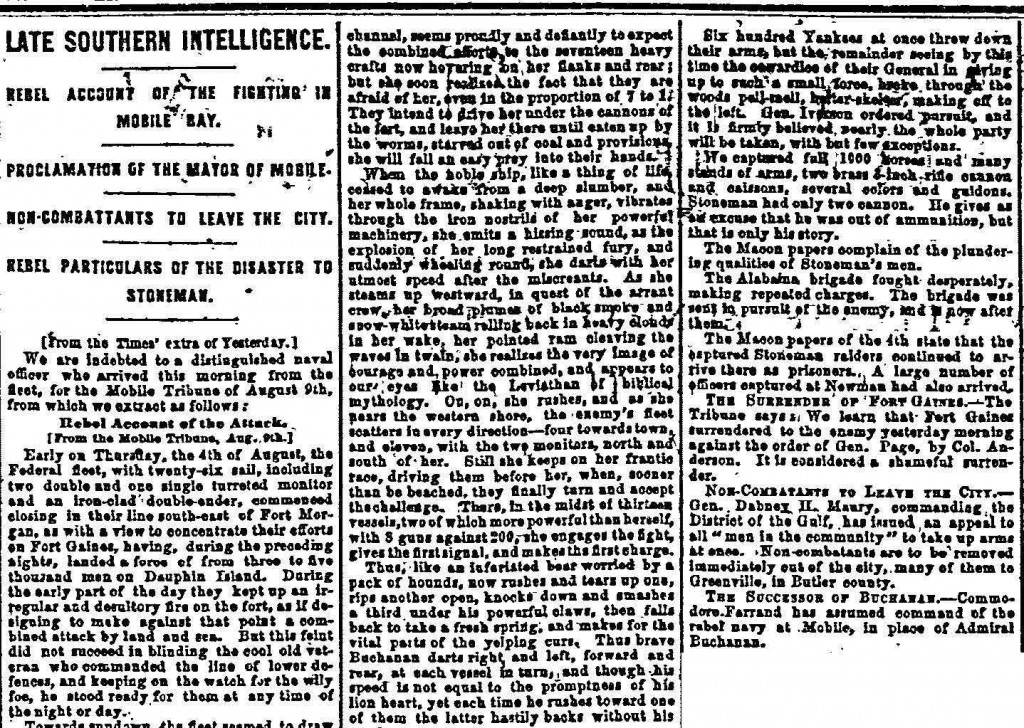 Although the Confederate fleet had been defeated, the forts guarding the bay remained. Fort Powell was the first to fall when the Confederates abandoned it on August 6. Fort Gaines held out slightly longer, but it was surrounded by the Union army and suffered bombardment from Farragut’s ironclad monitors. Confederate Colonel Charles Anderson surrendered Fort Gaines on August 8. This surrender infuriated General Richard Page, the commander of Fort Morgan. For the next two weeks, the Union army built trenches around Fort Morgan, while monitors shelled the Confederate forces. Finally, a full-scale attack on Fort Morgan, consisting of the Union fleet, army guns and even the captured CSS Tennessee, began on August 22. Fort Morgan was badly battered and portions caught fire. Unable to resist any longer, General Page surrendered at 6 am on August 23, 1864.

Farragut and the Union forces succeeded in capturing Mobile Bay. However, the city of Mobile would not fall until the following year. Farragut had won a victory, but at the high cost of 315 casualties. The capture of Mobile Bay proved to be a great boost for Union morale. Farragut’s bravery and strategy made him famous. In 1866, he became the first person appointed to the rank of admiral in the United States Navy. 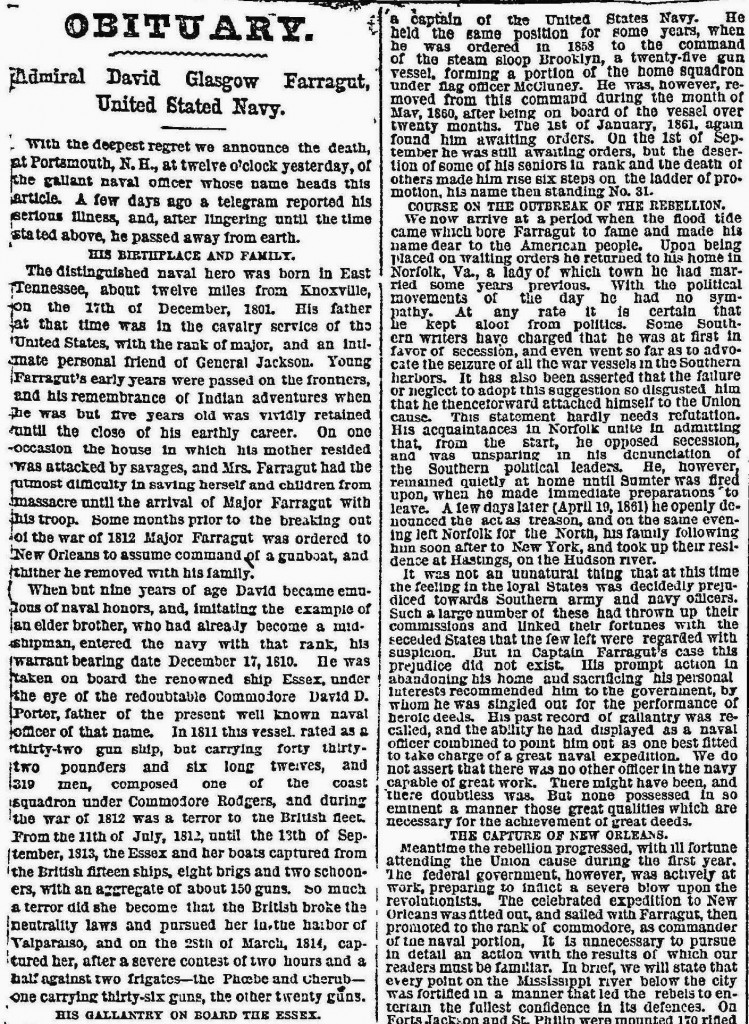 For more information or to arrange a product trial of America's Historical Newspapers, please contact readexmarketing@readex.com.

American History
Primary Sources in the Classroom
Trends in Database Use